I went home for a charity event a few weeks back because a friend's younger brother was hosting a fundraiser for ALS, a terminal neurological disease that he is sadly suffering from.

It was an inspiring day when 4,000 people from my hometown came out to raise money and support such an important cause—and it was also the first time I saw a majority of my high school friends since we graduated in 2005, which is almost 15 years ago. It's crazy to think that all this time has passed!

While I grew up in Los Angeles, where I'm from definitely has a small town feel. Everyone knows each other and most of my friends from high school I grew up with, so we all know each other really well. We were together through all those awkward, weird, rebellious and coming-of-age phases: first kisses, sports teams and homecoming dances—all of those key moments that set the blueprints for the rest of your life.

That said, I was totally confused when so many people didn't recognize me at the event I just went to! Of course, my close friends who I've stayed connected to all these years have seen me go from super tan and blonde to brunette to red—but many of these former schoolmates are people I last saw when I looked more like Paris Hilton. 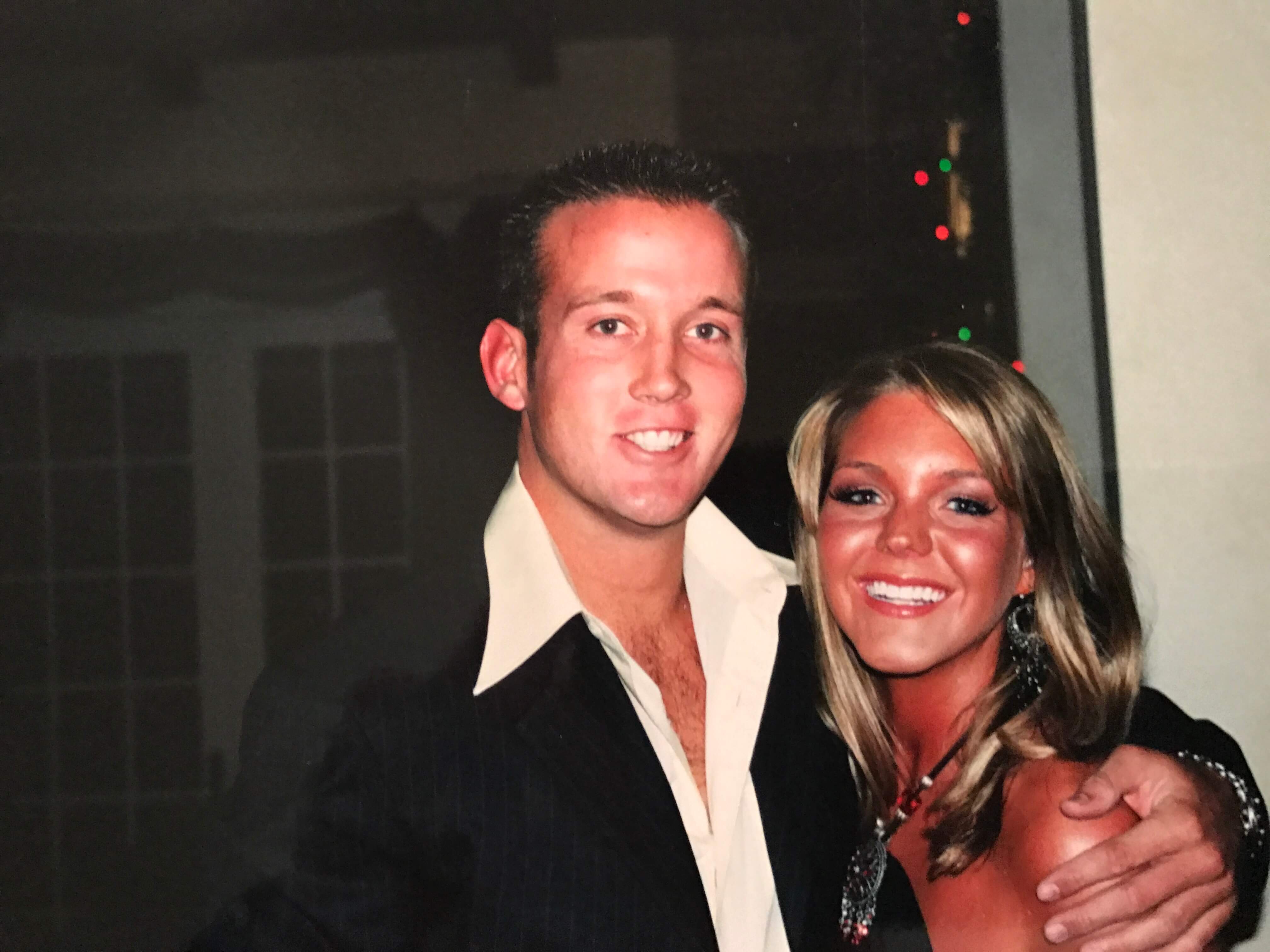 As I walked in, we were instantly greeted by our old high school security guard who did recognize me, but I think only because I walked in with my high school bestie. However, as we started mingling and making our way around the event, I kept noticing friends and groups that we'd go up to talk to my friends and look at me but didn't really react or, worse, would introduce themselves to me! Of course, the second I opened my mouth and said my name I got tons of excited reactions, but it was a bit unnerving at first because I thought people were purposefully trying to avoid me (hello insecurity, do you ever go away?).

You can't tell through this screen but I do have a very distinctive voice, so the second I started talking, my high school acquaintances definitely knew it was me. It's so wild to think that things as simple as a spray tan and hair color can alter one's appearance so drastically.

TBH, it was really fun surprising people with my new look. I now embrace my natural pale skin color and dye my hair a brilliant shade of copper red, which has become my signature. It's a far cry from my super spray tan bleach blonde days, which I'm happy to report have been over for nearly a decade.

If you also want to shock people with the new you, HERE's how a very popular reality star managed to reinvent herself.