Five incredible teens from across the country will be honored this year at the Helping and Leading Others, or HALO Awards. On October 12, Nick Cannon surprised the honorees by making them special guests in a musical performance by Jessie J! 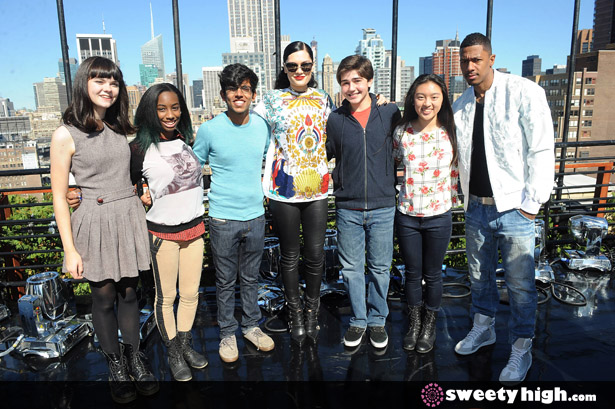 Cassandra Lin, who we interviewed a year ago, is the founder of Project T.G.I.F., which turns waste grease and cooking oil into clean-burning fuel for families who can't afford to heat their homes.

Nicholas Lowinger is founder of the Gotta Have Sole Foundation, which raises money to donate shoes to disadvantaged kids.

Alanna Wall is the creator of Polished Girlz, an organization that provides fantastic nail art parties to girls with special needs or who are frequently hospitalized.

Lulu Cerone founded LemonAID Warriors, which plans and empowers other young people to throw "PhilanthroParties," which combine parties and charity work to raise money for water projects in Africa and much more.

Yash Gupta is the founder of Sight Learning, which provides eyeglasses and eye exams to kids in need around the world to improve their chances at getting an education.

At the concert, Nick Cannon also surprised the honorees with a check for $10,000 to put toward their education!

The 2014 HALO Awards will be taking place in New York City on November 15. Hosted by Nick Cannon, the event will honor these five amazing teenagers and their achievements. It will also include musical performances by Jessie J., Nick Jonas, Meghan Trainor, Echosmith and The Vamps!

The special premieres November 30 on Nickelodeon networks and will stream live on Nick.com!

Check out last year's interview with Cassandra Lin here, and comment below, and at Sweety High, with the name of an amazing teen that you think deserves a HALO Award!

Also check out some interviews with past HALO Award winners below!