I'd had my eyes on the adorable A Hat in Time for years, now, but when I can, I try to hold out for a release on the Nintendo Switch.

This time around, that patience paid off. After a couple years on the Switch's competitor platforms, it finally released on the system last month, bundled with the game's Seal the Deal DLC, and I couldn't have been happier when publishers Humble Bundle sent me a review key to play it. Here are the biggest reasons I think A Hat in Time is a blast.

Its Quirky Style and Sense of Humor

To say that A Hat in Time doesn't take itself it too seriously is an understatement, and that's a good thing. The game stars Hat Kid, a girl who's on a journey through space when the mafia shows up and breaks into her ship, causing the Time Pieces she uses for fuel to fall to the planet below. From there, she must venture to the planet and make her way through four distinct worlds in order to get them all back so she can get home.

From the first beautifully hand-drawn title card introducing the game's chapters, it's clear that special care and attention was put into making the game and its characters feel totally original. Immediately, you're introduced to the haughty Mustache Girl, who begins the game as a friend and quickly becomes a rival as the story continues. From the first moment I played patty-cake with a mafia thug, only for the game to end with a hit that sent me flying across the world, I knew that the game prided itself in its silliness. 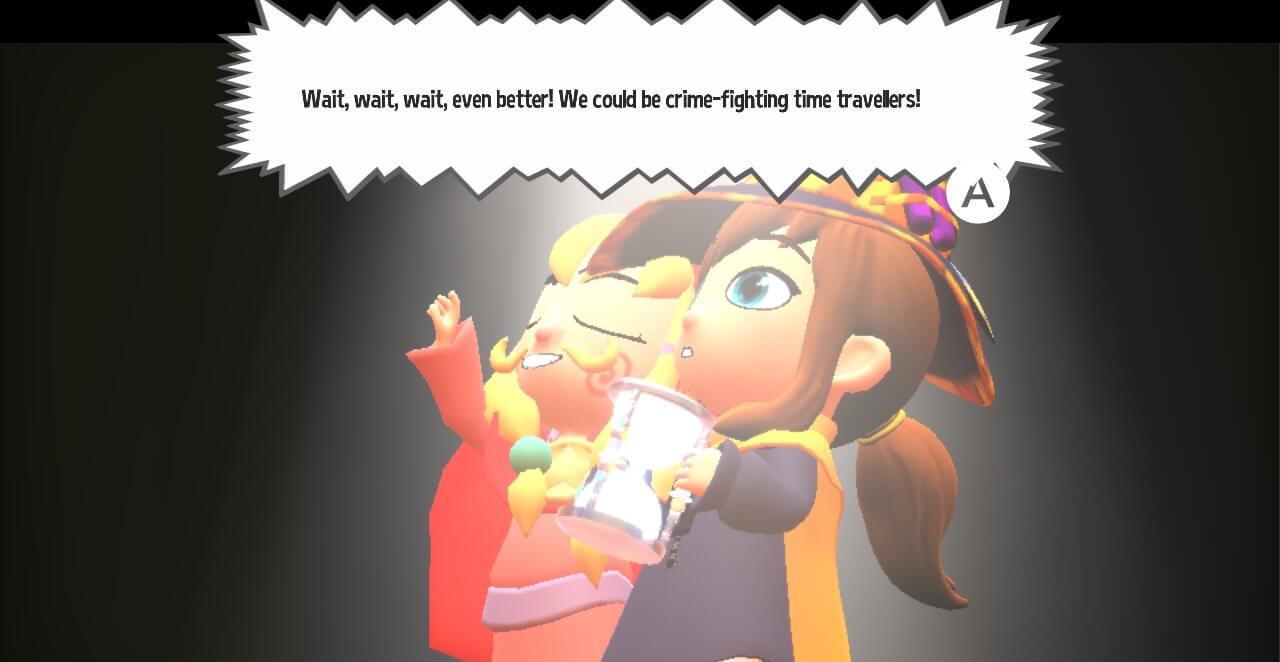 The game takes players through a seaside mafia town, a movie studio, a haunted forest and a city in the sky, always focusing less on forming a cohesive story and more on the sense of adventure and exploration, jumping between different themes and ideas, and never letting up on the surprises. It's all a bit ridiculous, but the game confidently takes it in stride. 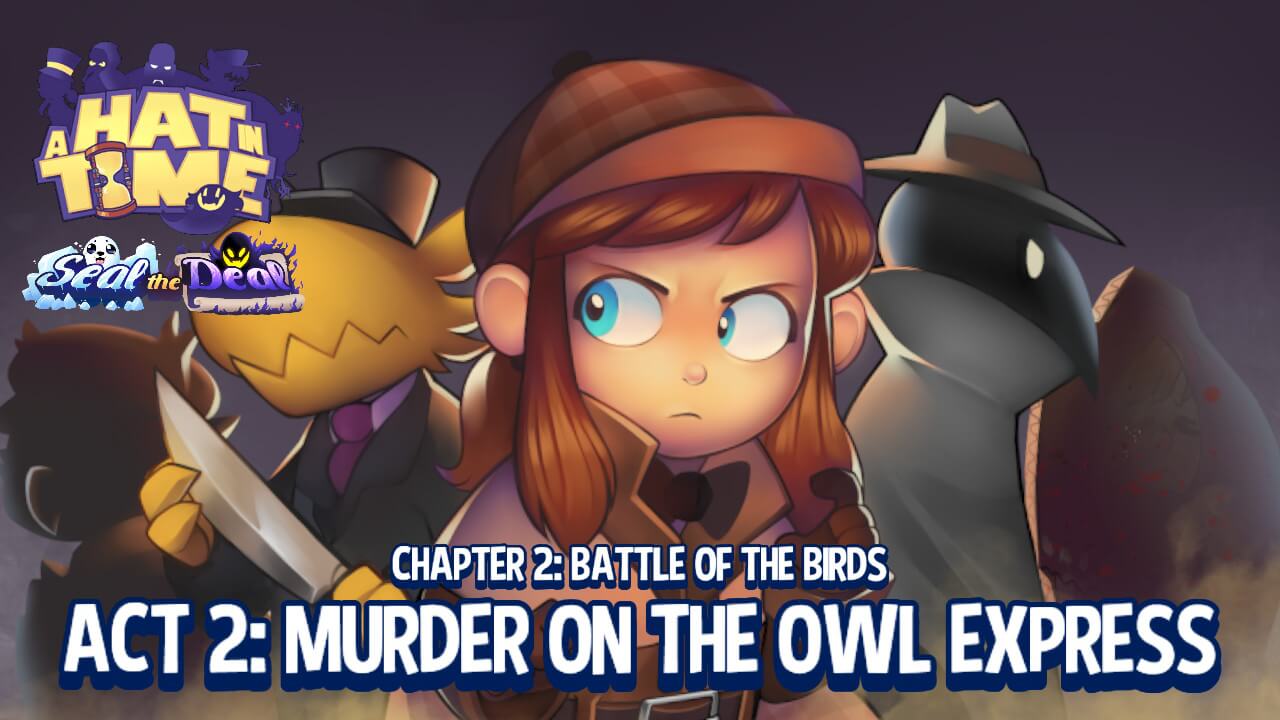 It's a Classic Collectathon With a Modern Twist

Classic 3D platforming collectathons like Super Mario 64 and Banjo-Kazooie remain some of my favorite video games of all time, but for whatever reason, the genre has mainly disappeared in recent years. A Hat in Time works as an homage to those incredible games, referencing all of the traditional tropes while also adding its own unique twist. 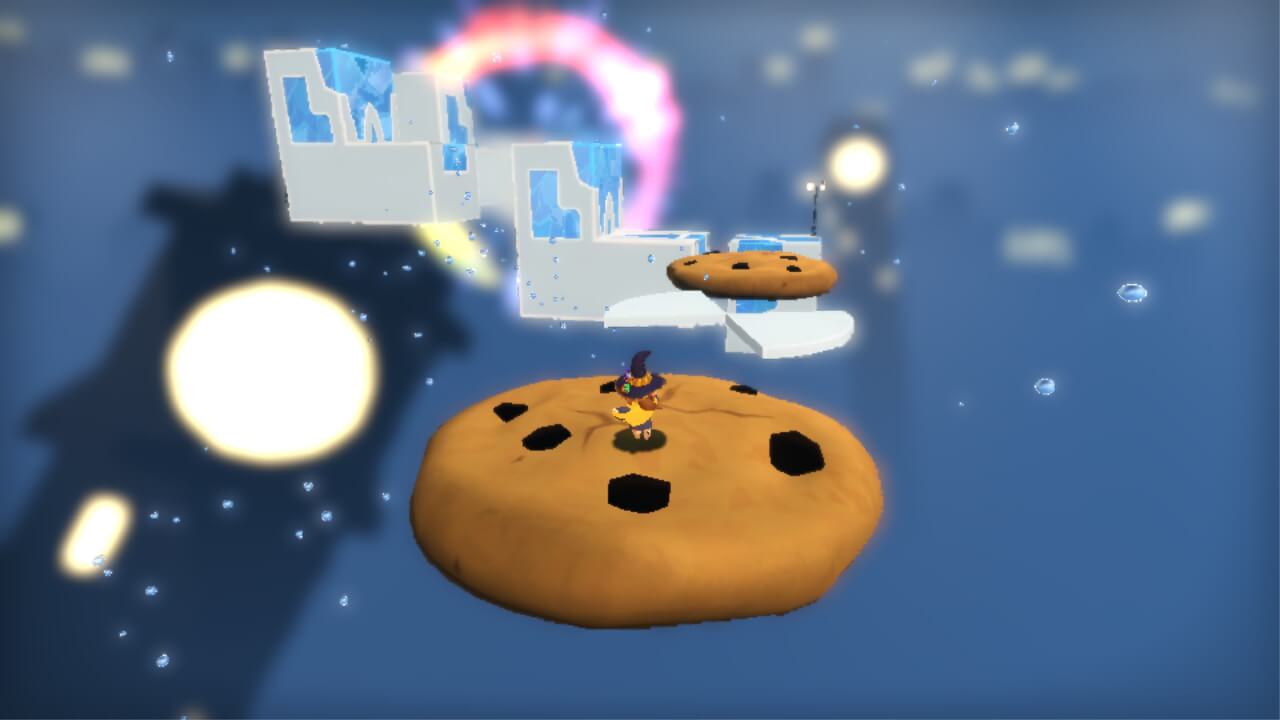 While hourglass-shaped Time Relics are the game's primary collectible, usually collected after big tasks and granting the player access to further levels, there are a lot more important objects to nag along the way. Pons are the most common currency, and can be used to purchase badges, augmenting the hero Hat Kid's abilities. Collecting balls of yarn enables her to craft new hats, unlocking new powers. You can also collect relics, which come together like pieces of a puzzle to unlock secret Time Rift platforming sections hidden with the game's four main levels. It all looks and feels amazing—but if I have one complaint to make about the game, it's that the camera can be a little difficult to control, which is occasionally slightly nausea-inducing.

The Hat Powerups Are Unique

Hat Kid wears a number of hats throughout A Hat in Time, and I mean that quite literally. Once you collect enough balls of yarn, you can craft new hats that grant different abilities when you wear them. The default hat points you in the direction of important items, while a winged visor allows her to go extra fast, and a fox mask allows you to turn holograms into real objects.

Once they're unlocked, the player can swap between the game's six available hats at a moment's notice, making Hat Kid versatile enough to adapt to any situation. The moment you collect a new hat, you'll also feel like returning to previous areas to accomplish tasks you weren't able to before. And, if you don't love the look of your hats, you can also collect hat flairs to update them cosmetically and make Hat Kid your own.

It's Always Evolving and Changing

With only four main worlds, you might think A Hat in Time could get stale, fast, but you'd be wrong. Because of Hat Kid's ever-growing arsenal of skills (and hats) the longer you play, the more options you'll have for approaching every task. Not only does this give players the ability to complete objectives that were previously out of reach, but it also allows them to do it in style, using the abilities that suit them best to get where they need to go. And since the goals in each of the worlds are so vastly different—utilizing totally different gameplay styles—it can sometimes feel like A Hat in Time isn't just one game, but several. That variation really allows the game to shine, and will keep you coming back promising you'll collect just one more Time Piece before putting the game down. 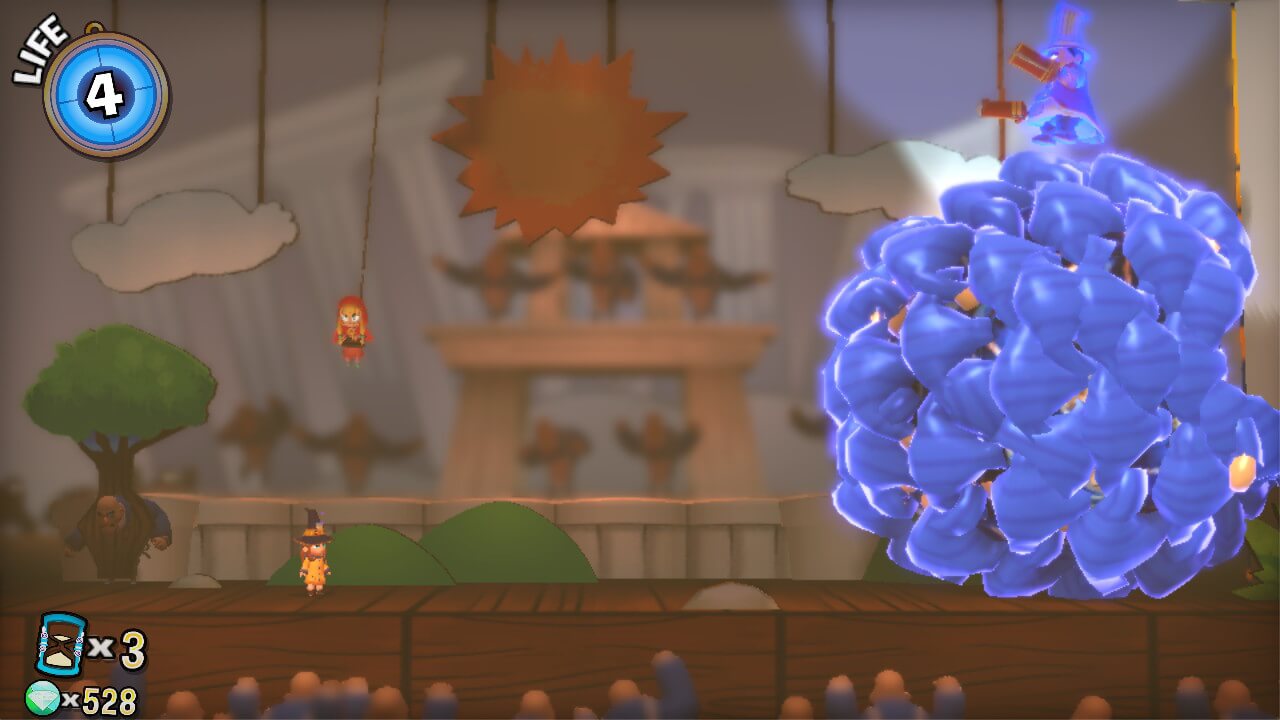 Think this game looks cute? Click HERE to find out why Humble Bundle's Forager is another Switch title I can't put down.