A Sort Of Homecoming To Star Laura Marano!

Austin & Ally star Laura Marano has recently been cast in the upcoming film A Sort Of Homecoming, which is filming in Louisiana this year! 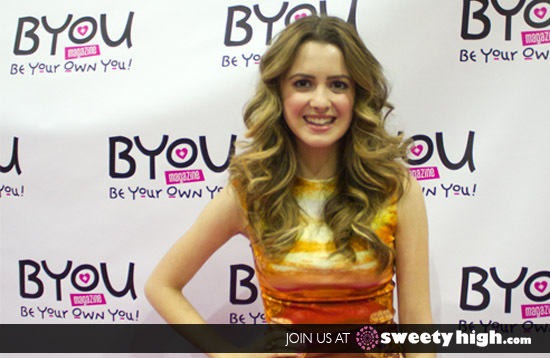 A Sort Of Homecoming is an independent coming-of-age drama about a New York news producer named Amy Harridan who never fully settled into her new life after moving from a small town in Louisiana.

Twenty years later, she hesitantly returns to her home town to see her high school debate coach, Annie Sonnier, in the final days of her life.

Amy's reunion with Annie forces her to confront her turbulent high school experience, and recall her senior year of high school.

Laura Marano will play the younger version of Amy, who is incredibly intelligent but lacks self-confidence. She is co-captain of the high school debate team, alongside Nick, her debate partner and first love.

Young Amy desperately wants to break out of the path that has been set for her and follow her own ambitions, and with the help of her coach, Amy, she plans to do just that.

When Nick mysteriously disappears, Amy must learn that she is just as capable as he ever was.

UPDATE: Kat McNamara announced on January 30 that she has also joined the cast of A Sort Of Homecoming!

We absolutely cannot wait to check out this new film when it debuts later this year! If you love Laura Marano, be sure to join us at Sweety High to share your thoughts about this exciting news!