If you're a K-pop fan who isn't stanning AB6IX yet, you need to give their new album a listen.

The self-produced collection of songs is called MO' COMPLETE, and it will totally blow you away. We especially love the song "Cherry," which had its vibrantly colorful and high school-themed music video drop this week. And we're clearly not alone, because after only a few days, it already has 10 million views on YouTube. It's clear the group is going places, and we were honored to get the chance to learn more about the band, "Cherry" and the meaning behind MO' COMPLETE.

Sweety High: Can you quickly introduce us to the members of the group? What is each person's "role" in AB6IX?

Woong: As the main vocal singer of AB6IX and also the oldest, I always give the members positive energy.

Donghyun: I act as the middle bridge of the team and support the members well.

Woojin:  I am the main rapper of the group. I always work with a passion for better performances.

Daehwi: I am the youngest of the group. I always make music diligently and to help spread AB6IX's music to our fans and others who haven't discovered us yet. 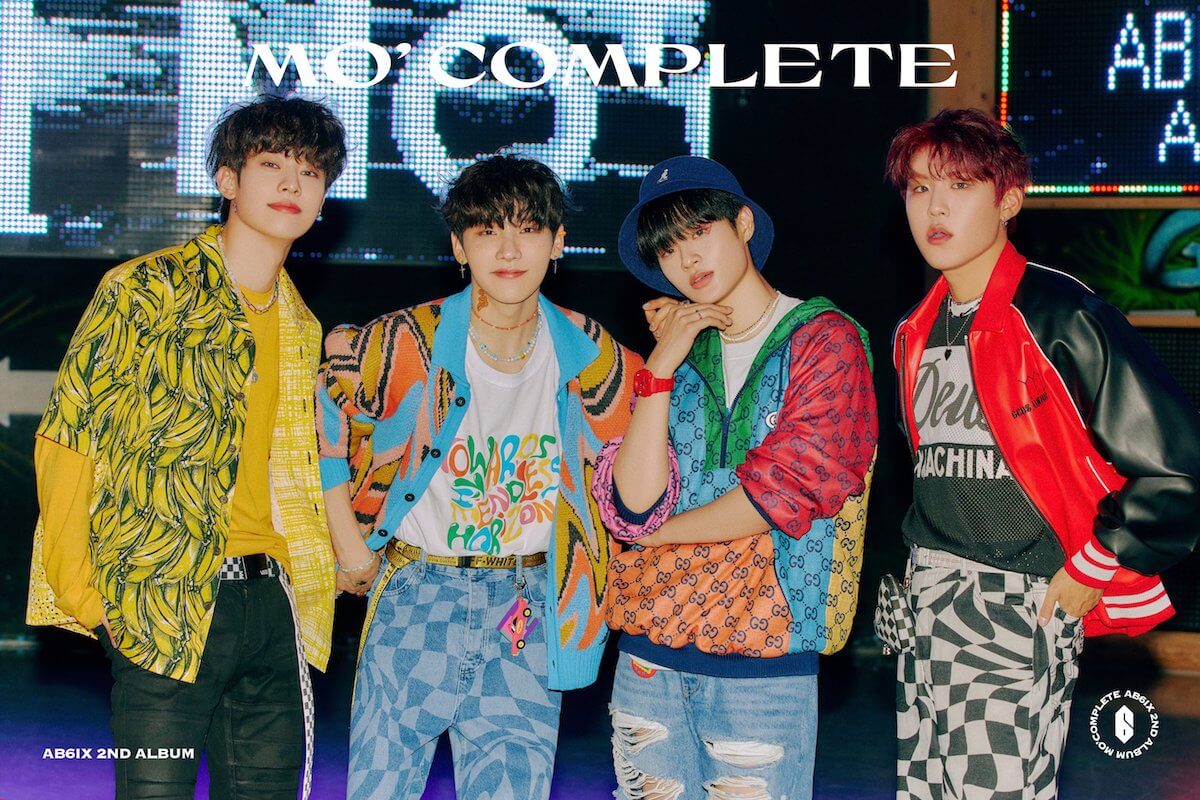 Daehwi: It is a word that is made by combining "Absolute Six" and "Above Brandnew Six," which means when our four members and our fans ABNEW become one, we become complete.

SH: Why is it important to the band that you self-produce your music? How does that set you apart?

Woong: I believe that those who understand AB6IX the most are AB6IX ourselves. We know what type of style and music goes along with us the best. To expand the spectrum of our musical capabilities, we have been sharing our ideas together. Compared to when we just launched as a group, we have a wider range of genres that we can enjoy and create.

Woojin: It is important to produce our own music because we can show our exclusive style, as well as establish our own color of music. Also, being able to communicate with our fans about our music with more knowledge is what we think sets us apart from other groups.

SH: What was the songwriting process behind "Cherry"? What does the song mean to the band?

Daehwi: Like how your hand and lips turn red when you eat cherries, falling in love with someone or something makes your mind change to other colors. This idea was the inspiration for making this song. Being able to love is a blessing, I think. I hope a lot of people can listen to this song and feel the same way.

SH: Is there a theme to your new album, MO' COMPLETE?

Donghyun: This album is the last of the series of two, following our fourth EP album MO' COMPLETE: HAVE A DREAM, which was released in April. Like the name of the album, it shows our confidence to be complete as the artist AB6IX. 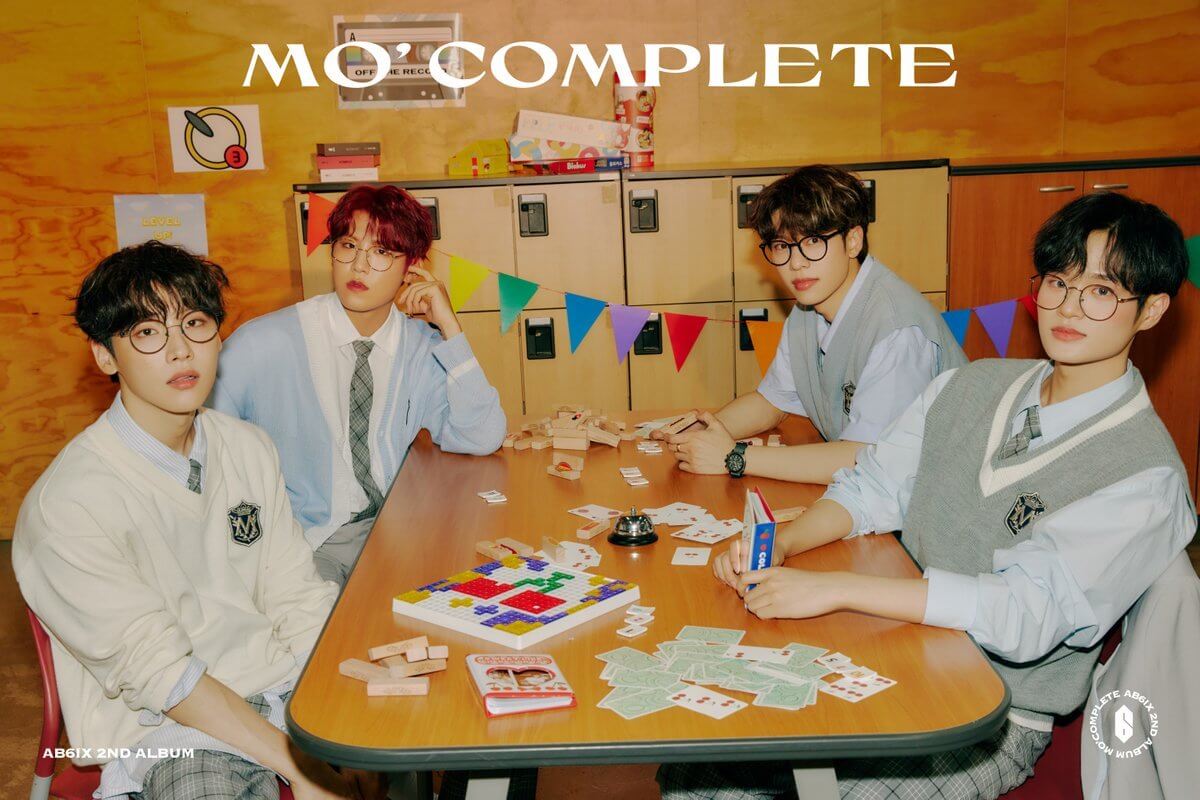 SH: How do you think the band has grown in the music on this second album compared to your debut?

Woong: Like I have mentioned before, I think we have become capable of expressing music through various genres and concepts. Also, we are constantly producing music, so all four of us have grown a lot.

Daehwi: Lots of music recording and lots of practice involving new techniques made our singing better. We are challenging ourselves to do something new in terms of performance so that we can show something new to our fans. We are currently in a growing state.

SH: What else makes AB6IX different from the other K-pop groups out there at the moment?

Donghyun: Producing our own music and handling various music genres makes us different from the others.

Woojin: The fact that all members participate in music production seems like the biggest difference from the others.

Woojin: Thank you for loving AB6IX so much, we will always work hard to produce great music. Please like our second album also. Hope all of you are always happy and healthy! 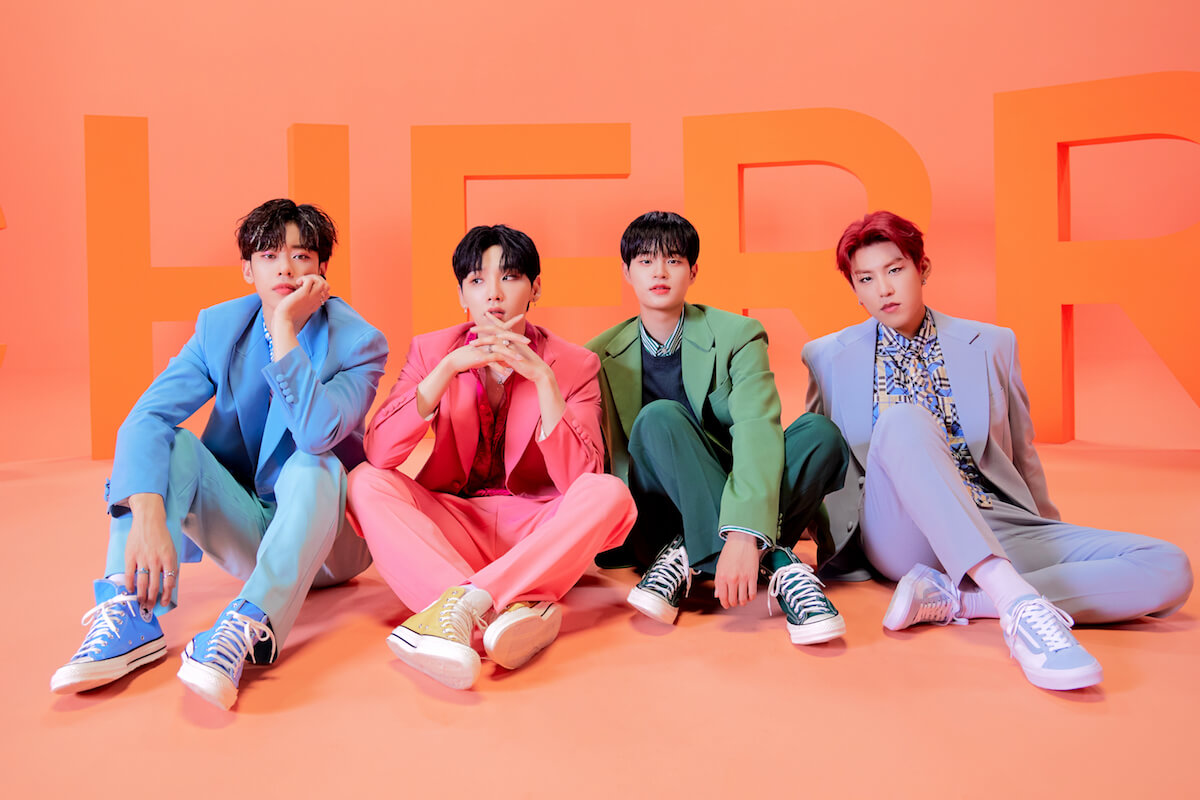 Can't get enough of K-pop? Click  HERE to read our interview with OMEGA X on their latest album, VAMOS.