Abby Belcher is a cheerleader with a cause. She is the founder of the Abby's Pledge campaign, which seeks out to prevent bullying through education and awareness. 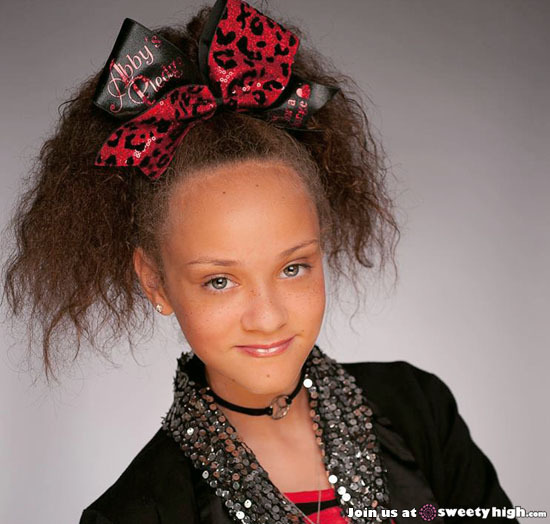 Abby recently did a "Walk on Washington," where she traveled to Washington D.C. to meet with congressmen James McGovern and Daniel K. Davis, who took Abby's Pledge. Click here to watch Abby's vlog on Sweety High!

"I pledge to speak up when I see bullying and harassment," the congressmen pledged. "I will notice and take action. I can make a difference."

She also visited the Lincoln Memorial and stood at the same spot Martin Luther King Jr. gave his "I Have A Dream" speech nearly 50 years after the historic event, and recited her pledge to end bullying.

You can check out Abby's Washington D.C. vlog here, only on Sweety High!

Abby Belcher has been a cheerleader for four years. As an All Star cheerleader, she excels at tumbling, dance, and stunts.

Another main facet of All Star cheerleading is competition with other teams.

"It takes an amazing amount of athletic skills to do the things that All Star cheerleaders do," Abby said.

She is also a cheerleader at school, spending lots of time cheering on her school's football and basketball teams. Before starting cheerleading, Abby was a gymnast.

Abby was inspired to start Abby's Pledge because of her sister, who was frequently being bullied at school.

"She was coming home crying and no matter how much my parents talked to teachers, it didn't stop," Abby explained. "The girls who were doing the bullying would exclude her and laugh at her."

Abby's sisters were bullied by the cheerleaders at school, which eventually inspired Abby to be a cheerleader herself. She wanted to prove that cheerleaders should be a source of positivity and happiness, rather than bullying.

This bullying continued for some time before Abby stepped in.

Abby said she believes her that being a cheerleader has helped her success with Abby's Pledge.

"Cheerleading helps give me confidence because I have to perform in really big crowds, especially at national competitions," she said. "You get used to speaking to crowds."

"Even though kids made fun of him for liking school, he still went and didn't let anyone stop him from what we loved," Abby said about Einstein. "He was bullied."

Abby said that she thinks technology and social media are one of the biggest factors in the rise in bullying.

"People now have more means to hurt other people by spreading rumors and saying hurtful things," she said.

She also advised that parents pay attention to their kids' activity online. Abby and her parents have a contract that gives her parents access to all of her accounts, and allows them to decide what social channels she is on. They keep an open dialogue about social media.

Another factor that allows bullying to keep happening is fear.

"I also think that so many people are used to not getting involved because they are afraid," Abby said. "Because of this too many people are not being heard. Grown ups really, really need to listen to kids."

The first step to combating bullying is telling an adult, Abby said.

"Talk to an adult and make sure they not only listen but they HEAR you," she said. "If one adult doesn't help you then you have to talk to another one and you have to keep talking until someone can help you. DON'T give up hope because people can help you."

"Don't let your bully control you or your emotions," she said. "They belong to you!"

Abby wrote a letter to First Lady Michelle Obama telling her all about the march on Washington. Mrs. Obama wrote her back at the end of January.

"I wrote to Mrs. Obama and I told her that I really wanted her help to stop bullying and make stronger laws," she said. "I told her I was coming back to Washington to march. It was really neat of her to write me back but I am not going to give up until we get stronger laws in place that will have stronger punishments for those who fail to protect kids."