When I speak about acne, I'm not talking about that single solitary pimple that pops up right before your first date or the break out you battle for a week which leaves clear skin in it's place.

I'm talking about a decade of hiding my face behind cover-up and avoiding pictures like they might somehow steal my soul.

While most teenagers deal with pimples on occasion, not all are affected by serious acne. Unfortunately for me (and probably you, too, if you're reading this), I was one of the chosen ones.

But today and every day for the last several years I've woken up to an acne-free face and I can truly say something I never thought I would utter: I'm comfortable in my own skin. 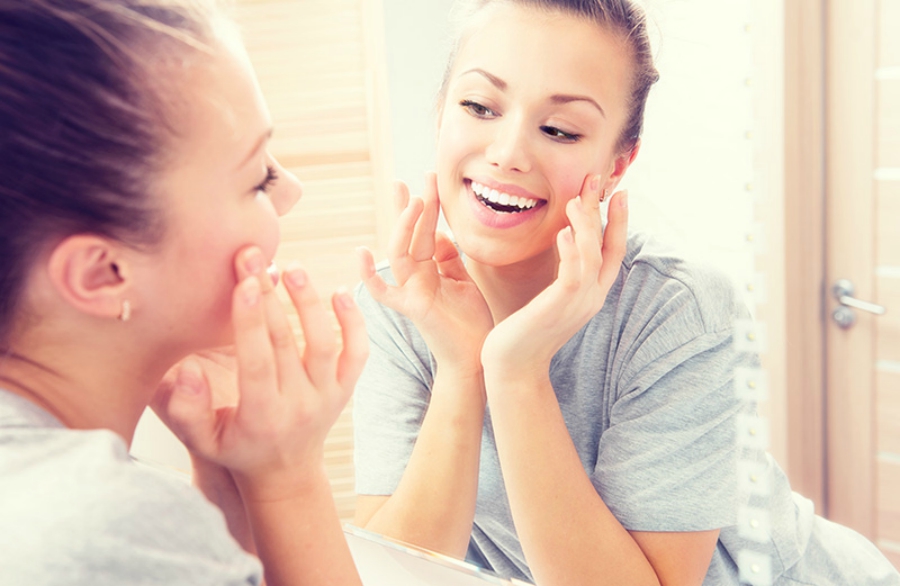 Read my story on how I survived bad skin and what it's like to live a post-acne life:

My skin showed signs of change earlier than most. By late elementary school I was already familiar with the terms "breakout" and "blemish" and took frequent trips to the dermatologist, which I wouldn't wish on anyone, let alone preteens.

All of my friends (and even my foes) had clear skin, aka regular skin, as I thought of it, and I spent hours crying over my premature pimples. The worst part about getting acne at a young age is that your fellow peers don't really know what's going on with you. If I had a dime for every time I was asked if I had the chicken pox, well, okay I wouldn't have that much money, but I would be able to something at the checkout stand!

More than alone, I felt ostracized. My friends didn't understand my skin issues and neither did I. As intense as it seems, I would often fantasize about lasering off my face and replacing it with soft and smooth skin.

Once high school rolled around, acne was no longer an uncommon phenomenon. My friends were much more open about the way they talked about pimples and breakouts, but I still felt extremely self-conscious because mine was the worst of all. 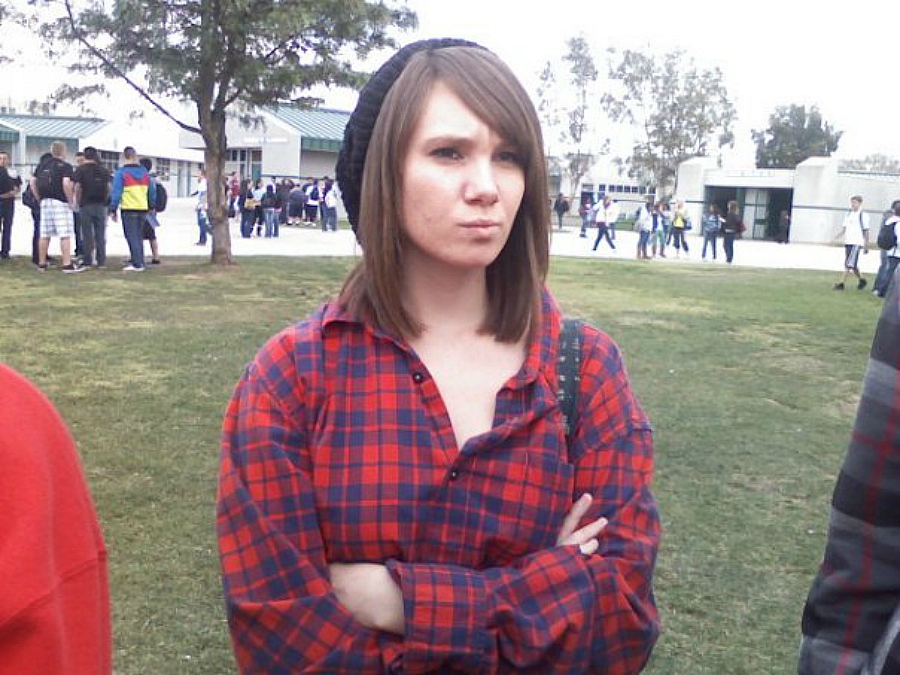 (Probably thinking about my newest breakout. Acne less visible courtesy of an entire bottle of foundation)

I would become downright inconsolable if I had to leave the house without makeup, which provided a tense relationship between myself and my life. All I thought about day in and day out was whether my makeup was doing the trick, whether people were looking at my zits and why for the love of life itself wouldn't it just go away.

My acne never subsided in high school. In fact, it only got progressively worse. It spread to my chest and shoulders and I felt like some sort of mutant. Genes were partly to blame, but so was the fact that I danced for many hours every day and wasn't able to shower until long after the damage had been done.

The summer before I left for college I was getting a facial when my dermatologist muttered, "You don't want to go to college with acne!" I may have exhaled a fake laugh at her comment, but inside I knew I was doomed to enter this new chapter with my sensitive skin. Nothing had helped so far, so why should college be any different? 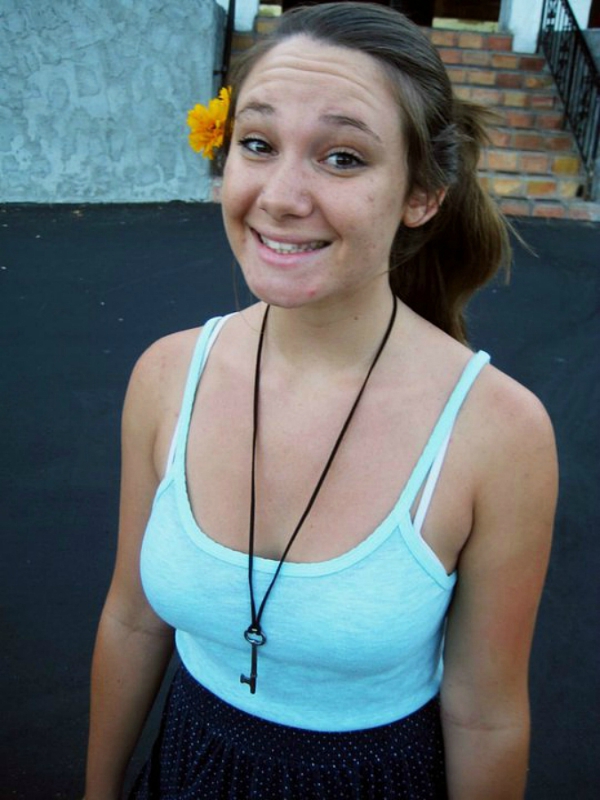 (If you couldn't immediately tell, this is a super fake and uncomfortable smile)

Flash forward to my sophomore year of college. I can't pinpoint the exact product that helped or the exact month that it began to disappear, but I was beginning to notice something truly game-changing. My face was finally, finally beginning to clear up. And what was better, new breakouts weren't surfacing in its place.

Words cannot describe how rejuvenated I felt knowing that the skin I'd had for the past decade was finally getting some relief. Over time it became less of a life or death decision to go outside without makeup on. I continue to be self-conscious of my less-than-perfect complexion, but it what happened that year was a step towards bravery that I could manage.

My skin will never be perfect. While I rarely get pimples anymore, I still have a larger pore appearance, and yes, I have blemishes and scars from where the acne used to reside. But hey, I'll take that over adult acne any day!

The days of bad acne may be in my past but it is still a regular struggle that I manage. Sleepovers can prove concerning as I don't want others to see my freshly washed face. Often I don't want to engage in water activities like the pool or beach because I spent all this time looking "presentable" (whatever that means) and don't want to risk shedding that facade.

But the important thing is that each day I take a step towards confidence. As of late, I've tried out homemade face wash, which provided an unexpectedly useful alternative to soaps, leaving my skin dry and irritated. I've also began spending my days foundation-free. All I add is a few swipes of mascara and then I'm out the door. If you would have told me that when I was 18 I would have laughed until I cried.

Post-acne life is liberating, but it isn't without its fair share of thought. I'm very particular about what products I use and I have to make conscious efforts to care less about my appearance and care more about my time, my memories and my experiences. 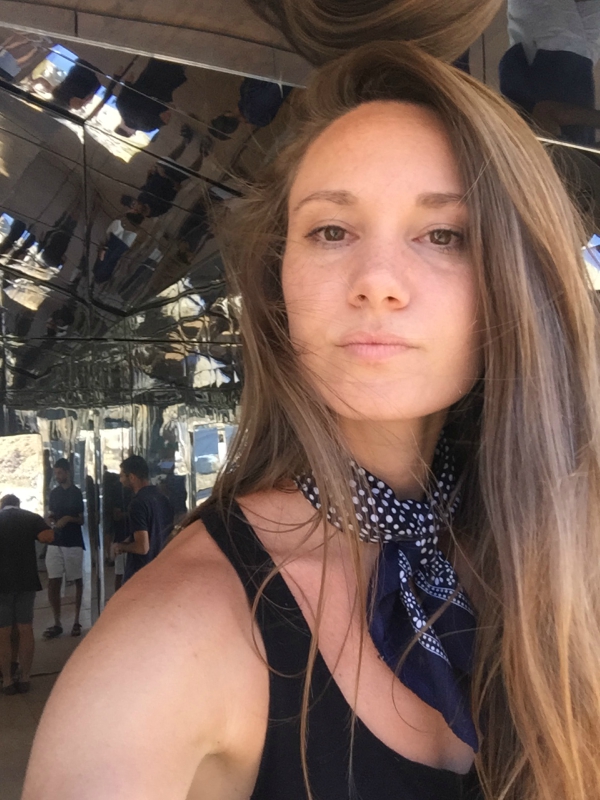 (I would have never taken a selfie in high school. Progress!)

I wish I could tell you that clear skin is the answer to all of your acne problems, and for some people it might be, but in my experience, it was only the beginning of a new skincare chapter.

What I can say though, is that what I viewed as impossible became possible. I never ever thought my skin would clear up, and while it took many years, it eventually did. If you feel like you're bound to breakouts forever, take solace in knowing that it's just a matter of time until your skin gets the break it deserves.

One day, I promise, you, too, will feel much more comfortable in your own skin.

While makeup is a great way to show off your brush skills and express your inner beauty on the outside, it can also be a bummer for skin that's trying to clear up. Find out how Ashley got a confidence boost after she stopped wearing makeup HERE.