Ever since Humble Bundle gave us a review code of their new game Forager for the Nintendo Switch last month, I've been having a tough time playing anything else.

On the surface, it seems incredibly simple. You play as a small figure armed with a pickaxe, and at first, there's not much you can do besides forage for materials. But soon, the game opens up, allowing players to expand the land, build their own industry and economy, master magical spells and even plunder dungeons for treasure.

With its clean but charming aesthetic and intuitive, ever-expanding gameplay, there's never a dull moment and always something new to do within the game. Here's why it's a game anyone can get into:

You Decide What the Game Is

One of the beautiful things about Forager is just how open-ended it is. While it's packed with literally hundreds of potential goals and objectives for the player to pursue, you don't have to do any of it if you don't want to. As you play, you'll unlock skills that drastically transform the trajectory of the game, and the choices you make and the structures you build will shape the world as you know it. 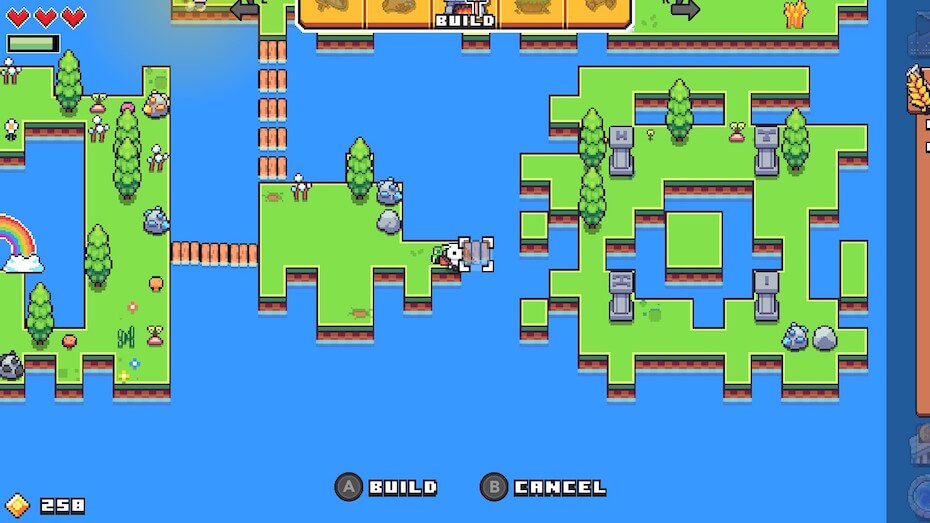 Will you become a master magic-user who focuses on brewing potions, or a real estate mogul focused entirely on earning money to buy more land? Maybe you want to be a farmer who prepares the land for growing crops and raising livestock. Or you might want to be an archeologist concerned mainly in digging up rare and exciting artifacts. These are all valid options to pursue—or you can try to do them all for one extremely frenetic game. 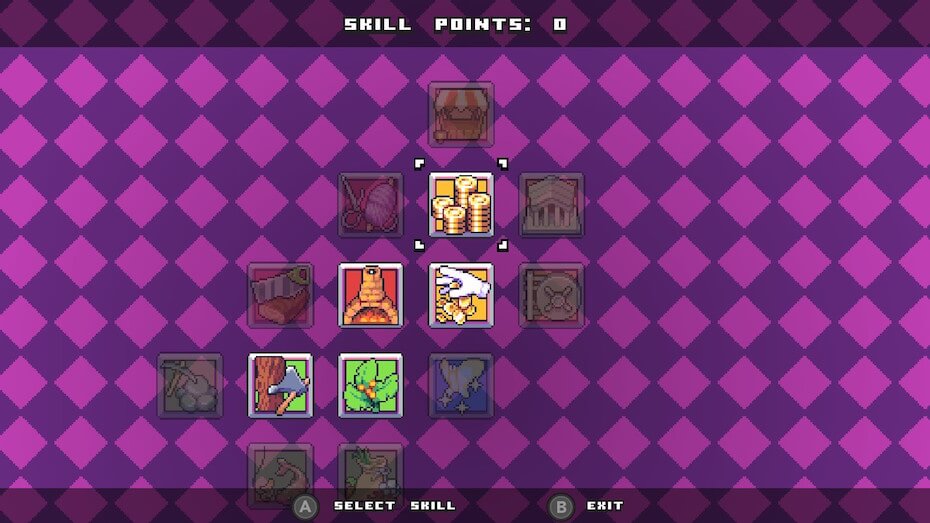 You Decide Who You'll Be

Decision-making in Forager isn't just about what the shape of the game looks like. As you play, you might also be faced with moral quandaries. In games like The Legend of Zelda: Breath of the Wild, I refuse to hunt innocent animals, even if that means I'm missing out on hearty meats that might help me along in my journey. I thought I'd stick to those ethics in Forager, too, until I kept accidentally hitting animals with my pickaxe and the game made it impossible for me to unlock the items I needed without collecting leather from cows. Sorry, cows!

Later in the game, the highly powered up tools start requiring ingredients like plastic, fiberglass and electronic chips. I desperately wanted these things, but realized the only way I'd be able to obtain them was to build an offshore drill to gather the oil needed to create these components. I'd usually be against such things, but I sold out because I really wanted these items. 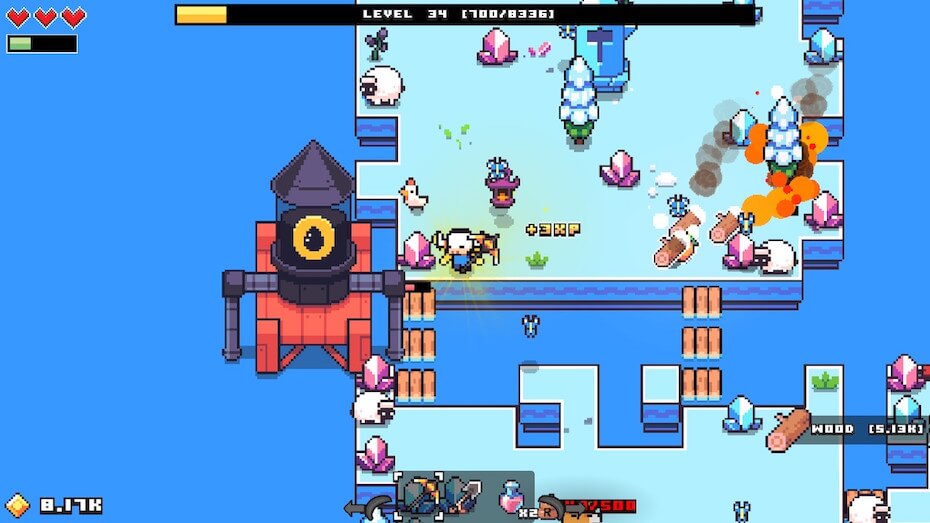 But there's one thing I won't compromise on, no matter what. Four sweet beet critters inhabit some of my land, and seeing their adorable smiles always makes me happy. I've accidentally struck them a number of times, only to have them scream in horror, and though I've heard there's an in-game achievement for destroying them, I refuse to do so. Even if I give in to greed elsewhere, these folks are here to stay. 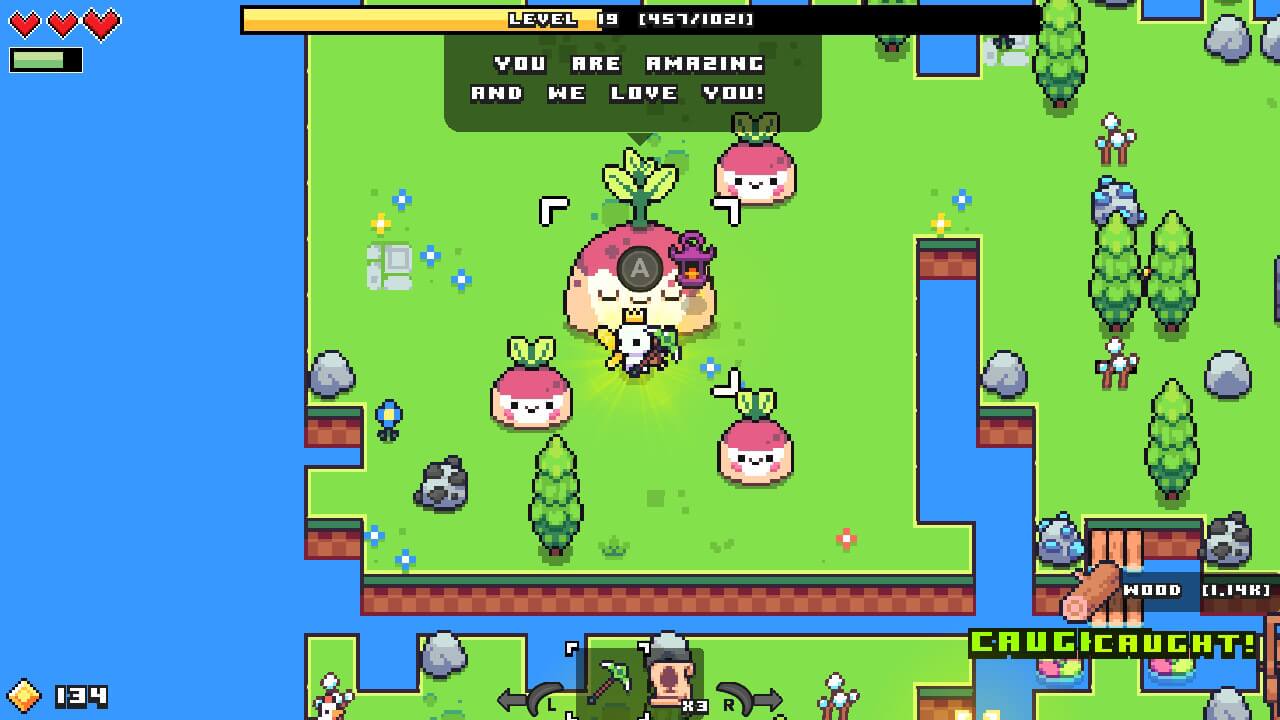 The Land Replenishes Itself

When I started playing Forager, I felt horrible about running around everywhere destroying every natural resource in sight. The trees, plant life and stones were all mine for the taking, becoming supplies for my expansion across the game's world, but I felt bad about depleting the spread of nature. But soon, I realized that I was worrying for nothing, because everything in this game grows back so fast you won't know what to do with yourself. In fact, they can build up so quickly that they become obstacles. Don't worry about your aggressive pruning, because you won't be able to navigate without it. 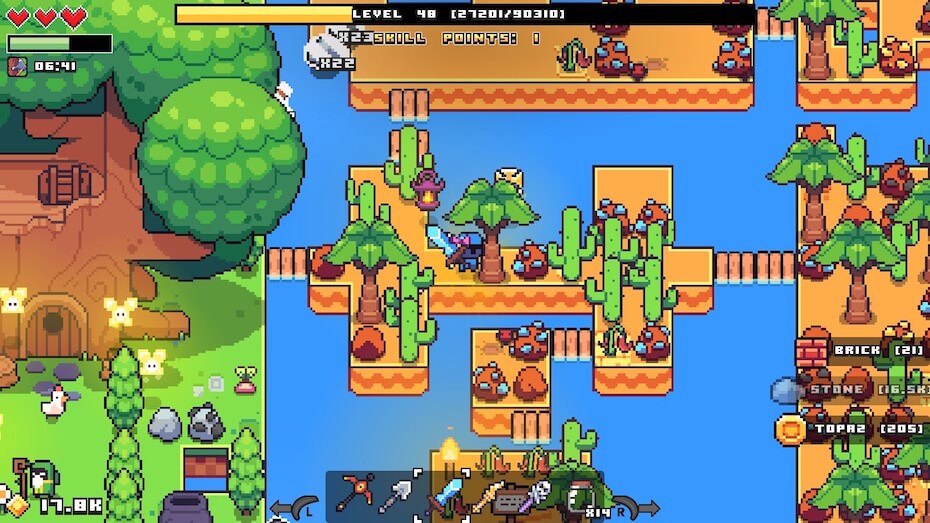 I'd been playing Forager for about seven hours when I got distracted by something, only to look back down at the game and realize I'd died for the first time. This sent me into a bit of a panic, because I hadn't looked into the game much beforehand and didn't know what that might mean. Was it a roguelike, and did my carelessness just make me lost seven whole hours of progress? When I booted the game back up, I was extremely relieved to find a save file intact without any progress lost. While it can take a little bit to get back through the menu to your game, dying doesn't affect your gameplay in the slightest.

In a lot of games, every little action you take essentially leads up to one ultimate goal. In Forager, your goals are on your own, and if you're anything like me, you'll find them constantly changing as you play and uncover more of what the game has to offer. Maybe you'll open up a new area and uncover a dungeon that's begging to be completed, or you'll temporarily focus all of your time and energy into mining gold to transform into coins to buy that pricey piece of land you've been eyeing. As you play, you might even want to write down a checklist of what you're working on and what your current goals are, because half an hour from now, you'll be off on an entirely different adventure if you're not careful. 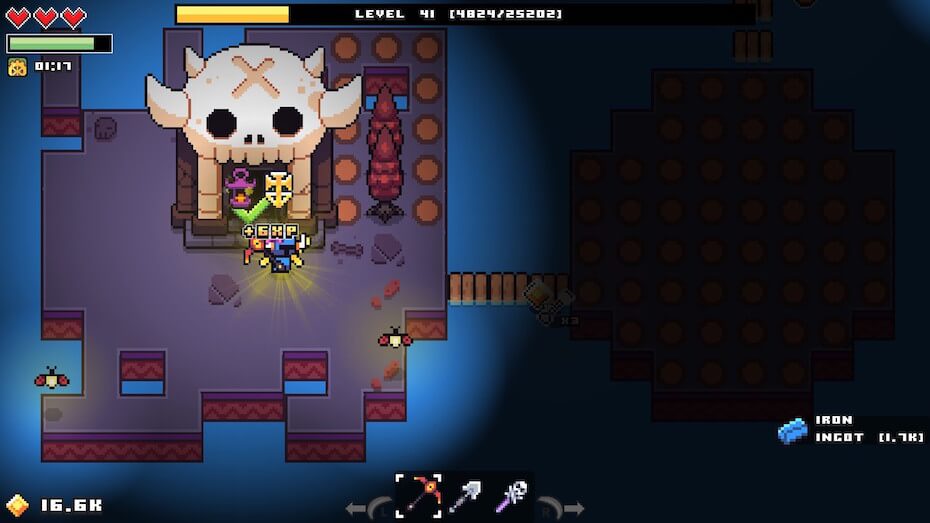 It's Packed With Quirky Charm

Forager's charm doesn't just rest in its great look. It's also full of creativity and weird, delightful characters who flesh out the world further and send you on little quests. At one point, you might take part in a trivia game that makes no sense, or be asked to bring 500 poops to a mysterious character in the tundra. Every new character adds more depth to the game and makes you want to explore it further in order to meet even more of them. 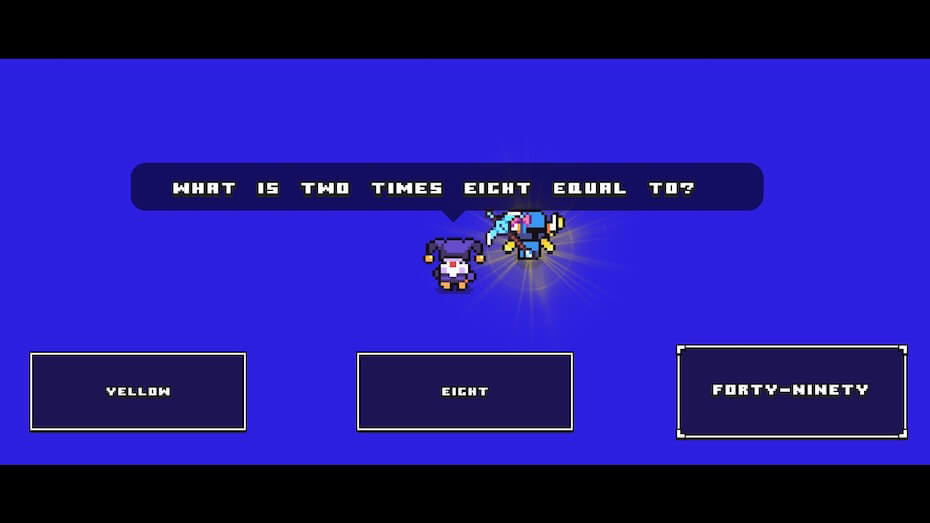 Your Battery Will Barely Drain

While this isn't the game's biggest selling point, I thought I'd be remiss if I didn't mention that the battery seems to last forever when I play Forager in handheld mode on the Nintendo Switch. While more graphically intensive games, like the aforementioned Breath of the Wild, can drain the console in about three hours, I've played this game for upwards of five hours without having to charge. That impressive battery life, and the fact that it makes time fly by in an instant, is exactly why it's the perfect game to play in waiting rooms or long flights when all you want is for time to pass by more quickly.

Forager is available now on Windows, Linux, PlayStation 4 and Nintendo Switch for $19.99.

Love inexpensive games? Click HERE to find out why Hollow Knight might still be our favorite game on Nintendo Switch.