If you've been watching the new Resident Evil series on Netflix, you already know it's a big departure from anything we've seen from the franchise in the past, making each new twist and turn even more thrilling.

The show is spread across two time periods, showing the beginning of a global pandemic caused by the Umbrella Corporation's zombie-creating T-virus in 2022, as well as the aftermath 14 years later, in which refugee survivors live in independent cities overseen by Umbrella. Pakistani actor Ahad Raza Mir plays one of those survivors, Arjun Batra, a researcher in a relationship with Jade Wesker—the adopted daughter of Umbrella exec Albert Wesker.

We can't get enough of Ahad and his character, and we had the opportunity to chat with him all about his history as an actor and what the role means to him. Keep reading to find out more about Ahad's take on Arjun—and what might be in store for him in the future.

Sweety High: When did you discover your passion for performing? Was there any specific aha moment that made you realize it was the path for you?

Ahad Raza Mir: I think knowing that performing was my passion was probably the first memories that I have, so I think I haven't ever known a time that I didn't know it was my passion. Although I knew that performing was exactly what I wanted to do, I just didn't really have any bearing on the who, what, when, where, why and how, so the specific aha moment that made me realize that it was the path for me was my first time on stage doing a theater show. It was a Shakespeare show. I still remember the rehearsal process and then eventually the performance itself, and the next day, I realized, wow, I really do love this. It's kind of that first time that you do it that makes you realize, yes, everything that I've been feeling is exactly right. 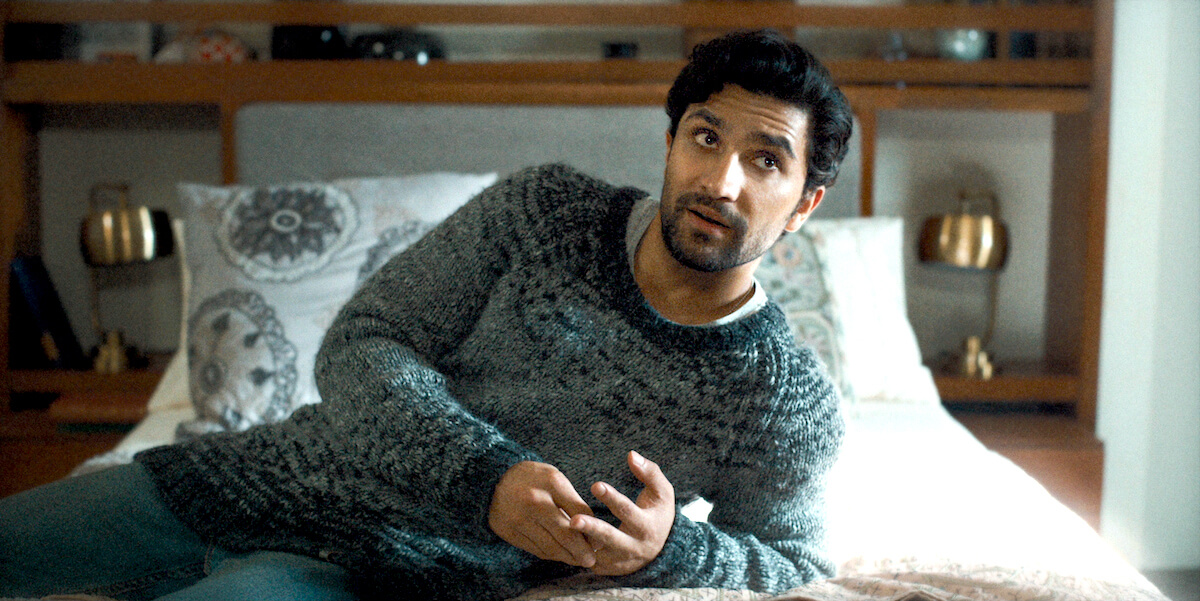 SH: Were you a fan of the Resident Evil series before you auditioned for the part?

ARM: I was a Resident Evil fan way before I even auditioned for this role. I played all the games and watched all the films before. I understand the entire lore and everything, so this has been a very exciting project for me. I think I came to have a certain expectation of Resident Evil. I kind of knew what I'd be getting when I played the games. I knew what I'd be getting when I watched the film. So I think the really exciting thing about the series is that it made me see it in a different way, with this very emotionally driven story, which is something very new for Resident Evil.

SH: How is the new Resident Evil series a departure from what we know from the RE world? Can you tell us a bit about the series?

ARM: It's definitely got to do with the fact that the story is far more emotionally driven than any other RE story. I also find it interesting to look into the emotional elements of how we got to where we did with the Umbrella Corporation and the characters that everyone knows in the series. It's really nice to see an emotional and emotionally driven story about that.

SH: Tell us about your character, Arjun.

ARM: The one thing I really like about this show is that every character has a very clear purpose and a clear path that they're following, and for Arjun, the main task in this season is to take care of his family, take care of his wife and their daughter. Basically, he's a very emotionally invested individual in the show. I think the best part is that we don't really know a whole lot about him, and the audience isn't aware of his past and how he showed up in Jade's life, and has a certain mystery to him. It would be really interesting to see what more about Arjun is revealed to the audiences in the coming seasons. 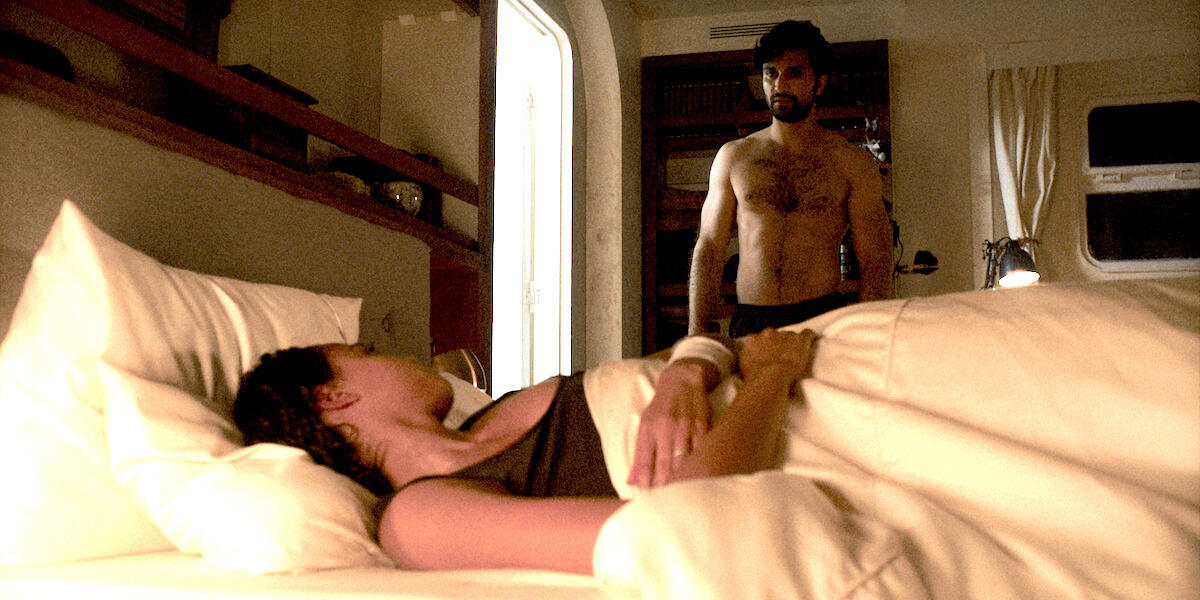 ARM: For me, the most memorable moment on the set was honestly every moment. I know it's a very boring answer to give, but the fact is that everyone on set was so great. Everyone was so kind and loving towards each other. I think we really were like a big giant Umbrella family by the end. We were very fortunate that we really had a great time shooting the show and getting to know each other.

SH: How well do you think you'd personally manage to survive a zombie apocalypse? Are there any skills you have that you think would give you an advantage?

ARM: If I am locked in, my cooking skills can help me survive, but if I need to face these zombies, I think I will need to call Ella Ballinska to help me as no one can match her zombie fighting skills!

SH: Is there anything, in particular, you're most excited for audiences to see from the show?

ARM: I think I'm just generally excited for people to kind of get into a new era of Resident Evil because that's really what it is.  We all have expectations. We know what to expect when we watch a Resident Evil show or a film or play the games. This is giving us something new, so I'm really excited to see that, and for the audiences to see it. 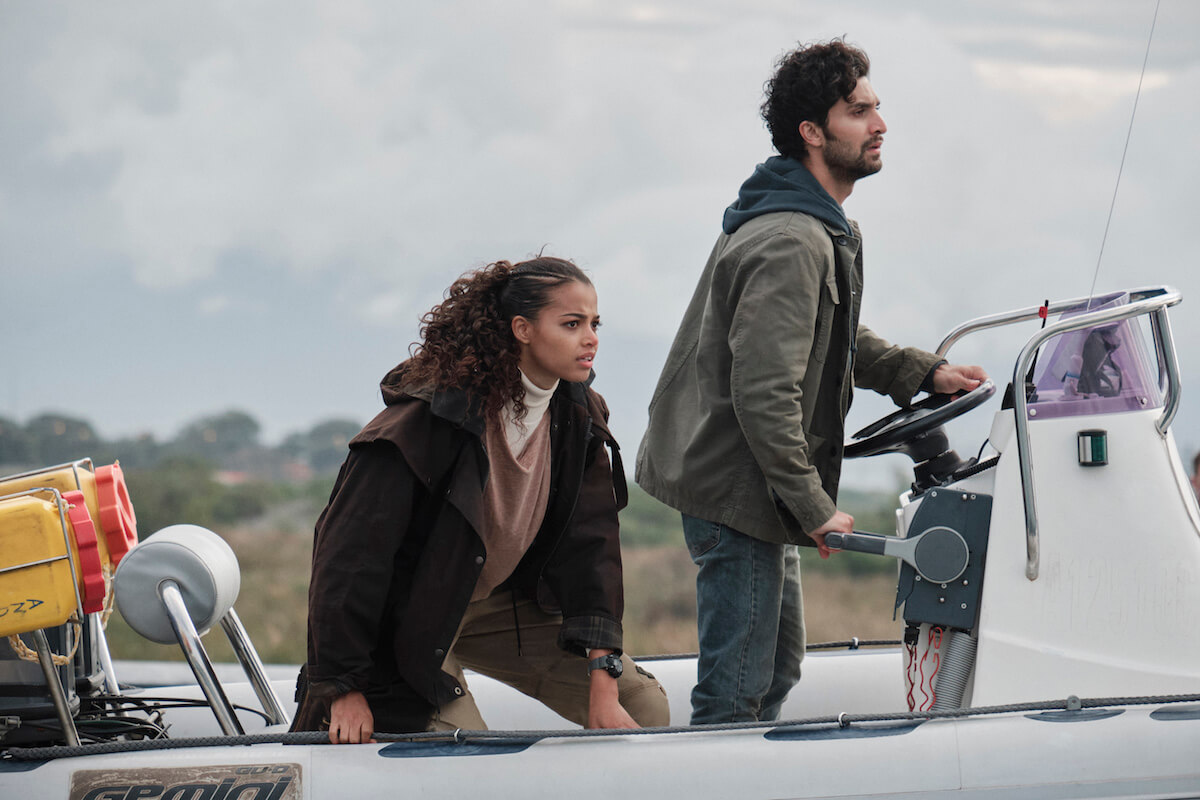 Can't get enough of new Netflix shows and movies? Click HERE to read our interview with Jordan Fisher on his rom-com Hello, Goodbye and Everything In Between.