We Play 20 Questions With Aidan Alexander!

If you aren't already obsessed with Aidan Alexander, where have you been? In a new exclusive interview, we spoke with Aidan to get his opinion on everything from selfies to LUSH bath bombs and which Pretty Little Liar is totally Aidan, so get ready to fall in love. 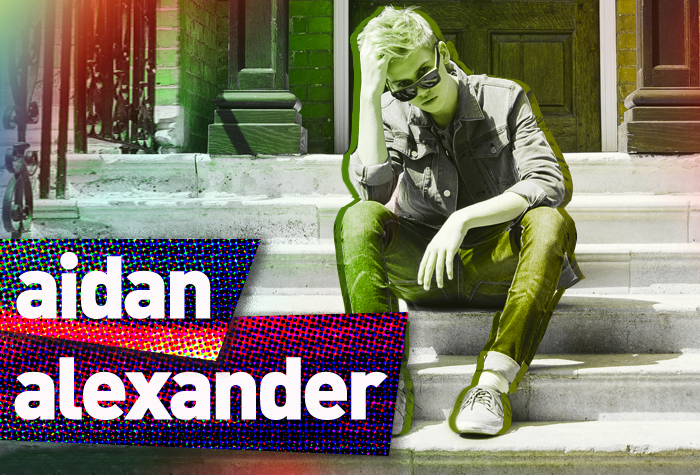 1. Who would play you in a movie about your life?

If it was my entire life, including my adulthood, I'd want it to be Leonardo DiCaprio, because we have kind of a similar look. It would have to be an older me, obviously, but it'd be cool to see him finally win that Oscar.

2. Who would play you in a movie about teenage Aidan?

Maybe all of the boys from Modern Family. Every single one for different parts of my life. I'd change ethnicity and body types throughout the movie and all my moods could be played by a different Modern Family actor.

I actually don't use Instagram filters, but I do use VSCO Cam, and my go-to filter is p5.

5. You're from Boise, so how do you like your potatoes?

I grew up in the capital of Idaho, so I actually never lived near a potato farm, but our french fries at the local McDonald's or Wendy's are very good. They're a little fresher in Idaho.

My ringtone now is just the standard iPhone one, but my old one was Cher saying, "As if!" from Clueless. It got really obnoxious after a while so I had to change it.

I'd rather fly because I don't want to know what people are thinking.

9.Which Pretty Little Liar are you?

It's something I've thought about before. Aria is too quiet, Spencer is too smart and Emily is very athletic and falls for people too easily. I think I'm Hannah. She's so outspoken and bold.

I binge watched all of Gigi Gorgeous's videos, and I just watched a ton of Conor Franta and Tyler Oakley.

11. If you could only eat one kind of food for the rest of your life, what would it be?

13. If you could be another YouTuber for a day, who would you be?

I'd love to see what PewDiePie's life is like. I heard he has a lot of video games and makes a lot of money playing them.

I have a turtle named Tuck. He is the greatest, and he's only bitten me a few times! He was so cute and little when I got him and the guy told me he'd stay that small, but he got big. LARGE.

I like Big Blue. It's just like an ocean of bright blue water and I love that.

16. Sleeping in or staying up late?

17. When you go to the grocery store, what do you stock up on?

Tim's jalapeno chips, milk, grapes and guacamole. I get so much guacamole when I go to Trader Joe's.

18. Make a playlist of your top 5 fav songs right now

19. What's the one movie you would bring with you to a desert island?

A Cinderella Story with Chad Michael Murray and Hillary Duff.

A Cinderella Story with Chad Michael Murray and Hillary Duff.

Can't get enough of Aidan? If you have seen Aidan's prank challenges on Digi Diaries yet, click here to have your mind blown.