Alana Jones-Mann is a baker, designer and crafter whose creativity seems limitless.

Although her bakes look like literal works of art, she didn't always consider herself to be artistic. We caught up with this SoCal-based creator to find out just how she came to craft such intricate bakes.

Find out what we learned when we got to know Alana below:

Sweety High: How did you first get into baking?

Alana Jones-Mann: I was doing kind of a mix between event planning, marketing and public relations. But I think after I had done that for 6-8 years in New York I was very comfortable in my job but I wasn't happy. And I realized this isn't what I wanted to do, I wanted to do something where I feel like I can be creative every day.

So I guess the main thing was just that I really wanted to be happy. I was most happy when I was creating. What's funny is that I've never been a baker, I was kind of going through something and had the urge to make a cake as a very therapeutic activity and loved it. Not the baking part necessarily but the decorating part. There's no point in doing something if you're miserable. So it was just kind of a defining moment for me. 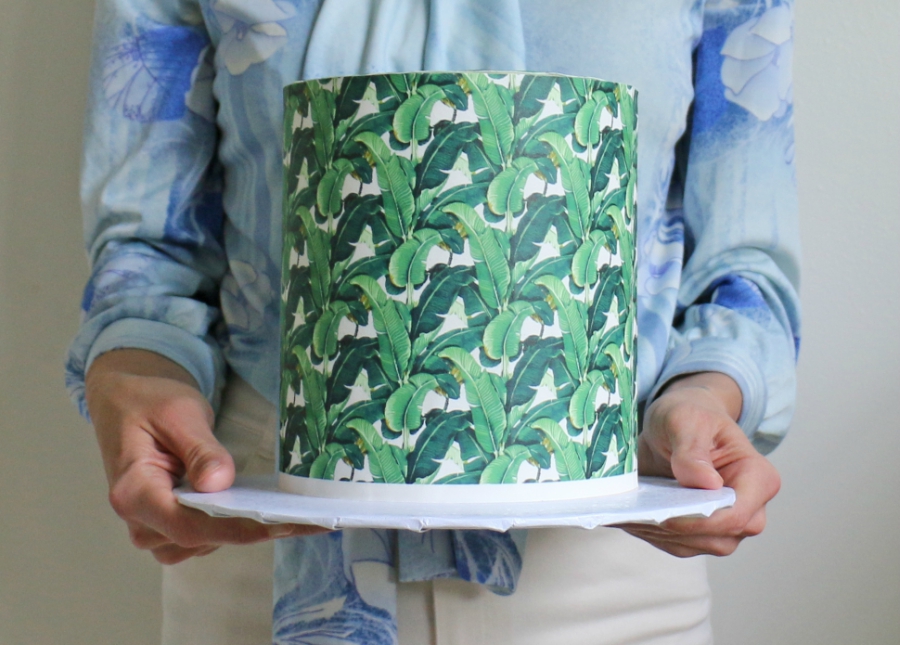 SH: On your website you offer up a ton of DIY tutorials on your designs. What inspired you to share all of those really creative projects through tutorials?

AJ: I like to provide the tutorials, and I always have, because I like empowering people to see that they can actually do it themselves. And I always like to stress that I didn't go to culinary school—my culinary school was YouTube—and if you are determined you can literally figure out how to do anything yourself. Whether that's making a cake or wiring a lamp, you can really figure everything out on your own which I think is such a cool movement that a lot of people right now are realizing.

Of course it's sometimes hard to put my heart and soul into these projects and then put them online and then know that they can be replicated by other people who can turn a profit on it, but I don't try to let that get to me. What I love is when someone makes something and they tag me in it and you can tell they were really excited that they were able to make it. I think that everyone can learn how to do something themselves without having experience. I never considered myself artistic and I didn't excel in the traditional fine arts like painting so I thought I just don't have the side of the brain that works like that. But then it was really rewarding finding something that I did feel creative with and I don't have to be a fine artist painter to be able to draw on cakes or do other things, I can create my own style. 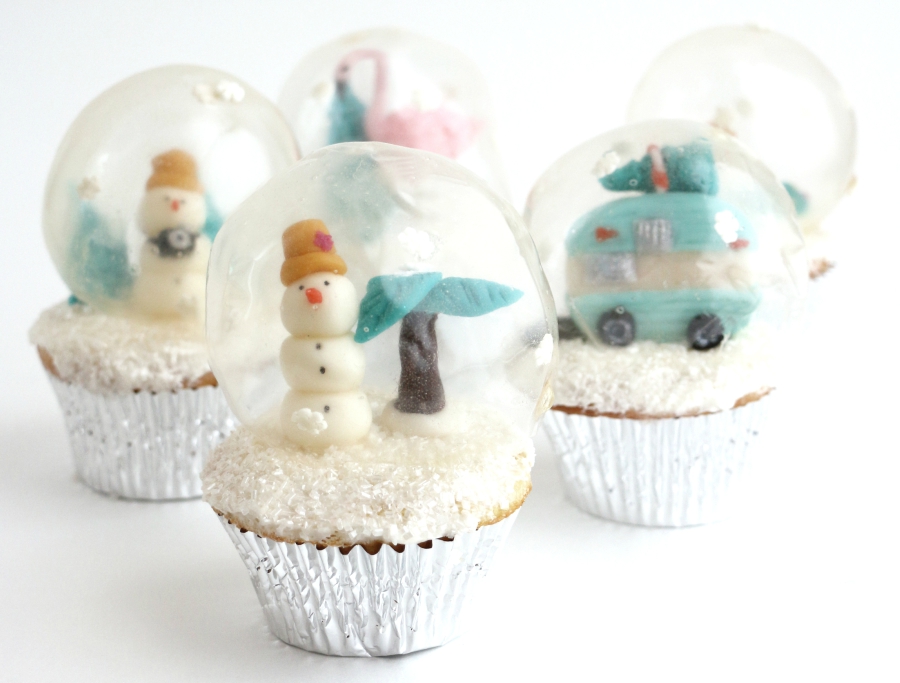 SH: Where do you draw most of your inspiration from? I love the cactus and flower work, but you have a pretty wide variety of designs.

AJ: With the cactus in particular, because I get a lot of questions on that, I had just made them because I was in New York and I grew up in San Diego and I really missed the landscape that was comforting to me and that I grew up with and I was thinking, "What can I make that reminds me of home?"

For inspiration I go personal and think of things in my past. I love nostalgia and memories from childhood and different things like that. Even today I was thinking about some ideas and, this is so weird, but did you ever go to Baskin-Robbins and see those individual cones that were upside-down clowns? I started thinking about that and I went off on this circus tangent in my head, just from a memory I had as a kid. So I definitely look to the past and then I also just love nature, travel—when I travel places I look at, not just physical landmarks but color palettes and the paint colors they use in, say, Italy and I'll think about those. I kind of look everywhere except for desserts online.

If you look to art or fashion or nature or travel, I feel like those are where you can really get personal and you can think of something that's important to you and you can really make the project—whether it's a dessert or something you're painting—it's going to make it so much better because it has your personal inspiration in it as well. I am literally always looking at everything. I'll see a pile of garbage on the street and think, "That looks cool." It really is everywhere, you just have to look. 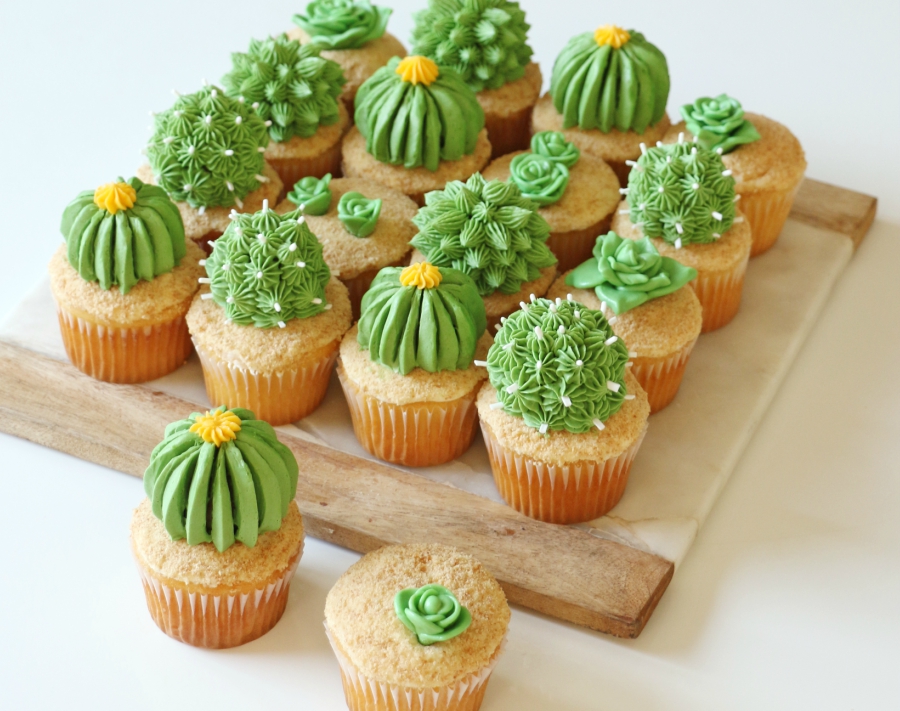 SH: When you're creating some of the more intricate designs, like the agate cookies or snow globes, what's that trial and error process like for you?

AJ: It depends, it can be really long, like weeks. I remember with the agate cookies I had tried a bunch of techniques with the frosting itself initially and I was trying to bleed the frosting together and it just wasn't getting the look. So I thought, what if I paint the frosting as I put it on and it's setting so it's spreading with the ink in it? But just finally getting to that, it definitely took a couple weeks because I would figure out a way to do it and go for it and make ten and then be like, eh, no, I don't like the way this looks, and put it aside for a couple days and go back to it and try something else. A lot of trial and error—sometimes it can take a day or two or definitely there have been some projects that have taken much longer than that. 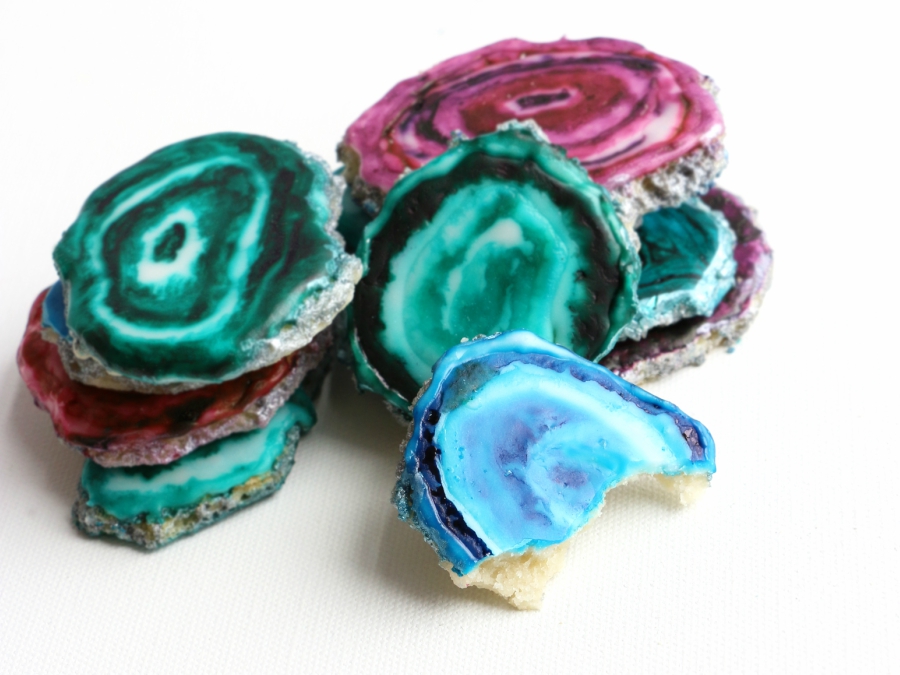 SH: What do you hope the future holds for your cakes and desserts?

AJ: I'm kind of just living in the moment, and to be honest, I'm at a point right now where I feel like I'm now able to consider myself an artist thanks to the compliments I've gained and making cakes and I feel like right now my medium is desserts but I don't feel tied to that. I could turn it in a different direction. I want to keep feeling inspired to make new cakes and I think as long as I'm inspired I'll keep continuing with it, but if it ever comes to a point where I'm not inspired then I might see what other direction I go in. I feel like when I was younger people would say you have to pick a career and go for it, and you want to be able to work your way up and I think that's dumb. Do what makes you happy, even if you're 45, jump ship and go to something else that you're excited about. 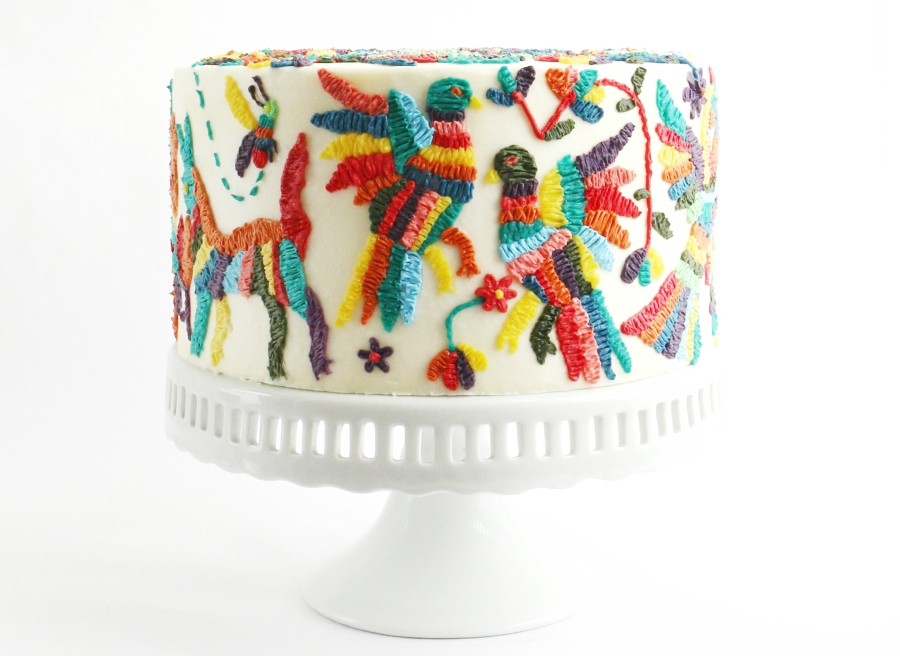 Ready to tackle a dessert of your own? Click HERE to learn some tops tips from How to Cake It host, Yolanda Gampp.