Alanna Wall Paints Nails For A Cause With Polished Girlz!

14-year-old Alanna Wall is the founder of Polished Girlz, an organization that paints nails for girls with special needs or frequent hospitalizations, seeking to bright some light to their days! 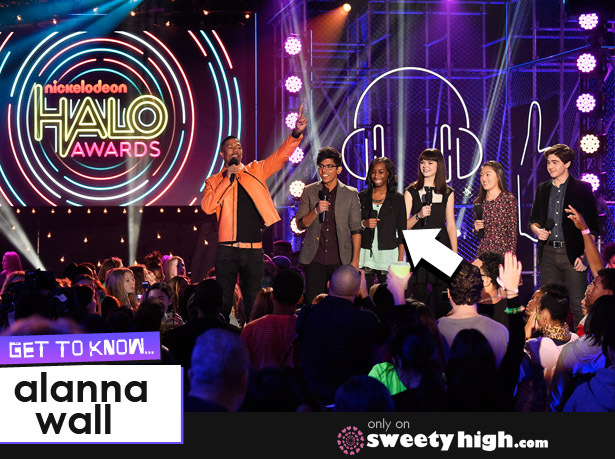 Alanna is also one of the 2014 HALO Award honorees, so we spoke with her in a recent interview to learn all about Polished Girlz and more!

Nail art has always been a passion of Alanna's.

"I've always though nails were really cool," she said. "I love glitter and sparkle and I just love doing my nails. My nana always had a lot of nail polish around so I always liked it!"

Alanna was just 10 when she decided that she wanted to paint nails to brings smiles to girls' lives. Her mom is a nurse, so she knew how much the simple gesture could make a difference.

First, Alanna and her mom asked around in search of children's hospitals, but as she was only 10 at the time, she wasn't old enough to volunteer yet.

"Then we contacted our Down Syndrome Association and they said yes," Alanna said.

That was how her first nail polish party arose. From there, her organization, Polished Girlz, was born, recruiting many volunteer nail painters to step in and paint nails to cheer up girls.

Though Alanna isn't yet the minimum volunteer age of 15, she still finds ways to participate when Polished Girlz visits hospitals.

"I'm one of the youngest volunteers," she said. "We got a volleyball team and they were all high schoolers over 15, so they got to polish. The child life specialist said I could come up just to watch, and I ended up polishing her and her sibling."

The program also has a strong emphasis on cleanliness and reducing infection, as their work is usually done in hospital settings.

"When the girls first sign up, they watch a PowerPoint about hand washing and using hand sanitizer on yourself and the girl whose nails you're doing and why it's important," she said.

Alanna has been painting nails for a while now, and sees that some nail designs are timeless.

"A lot of girls like glitter and sparkles," she said. "They like different designs, and I can do some really cool ones. Some like stripes and dots."

Others get more personalized nail art.

"I've actually drawn tacos on one of the hospital patients because she couldn't eat her favorite food—tacos," she explained. "I love when girls want different designs like that, but mostly they love glitter and stickers."

She gets her nail inspiration for a number of sources. First, she watches lots of YouTube nail art tutorials.

"I also have different nail mentors that help me learn different designs and new techniques that I can use on the girls," she said.

When Polished Girlz started, it was just Alanna and her mom. Since then, the organization has grown to more than 800 volunteers across 37 states and Canada.

Alanna never expected that the organization would grow to the level it had.

"It's made me feel good knowing that I'm making a difference in helping others and making girls feel a little bit better about their day," she said. "I know they're not very happy in the hospital and doing their nails is like taking them away from the hospital and putting them in a nail salon or spa."

We're sure that Polished Girlz will continue to inspire girls around the country and hope to see it grow even further!

Tune in to Nickelodeon channels on November 30 to catch see Alanna Wall and more get honored for their awesome work at the 2014 HALO Awards! Stay tuned for even more interview with awesome HALO Award honorees, read more interview below and join our community at Sweety High!