Actor Alessio Scalzotto is swiftly making a name for himself, and we couldn't be more excited.

We first stumbled upon him in Netflix's action-packed sci-fi adventure Rim of the World, which debuted last year, and we can't wait for his next movie, A Babysitter's Guide to Monster Hunting to premiere on the platform on Oct. 15. The film also stars Pose's Indya Moore and Harry Potter's Tom Felton, and it can't come soon enough. Alessio also makes music under the stage name zotto, and he's just as accomplished as an artist as he is an actor.

We believe Alessio's on his way to the top, and we wanted the chance to get to know everything we could about him at this step of his journey. Keep reading to find out everything he revealed to us. 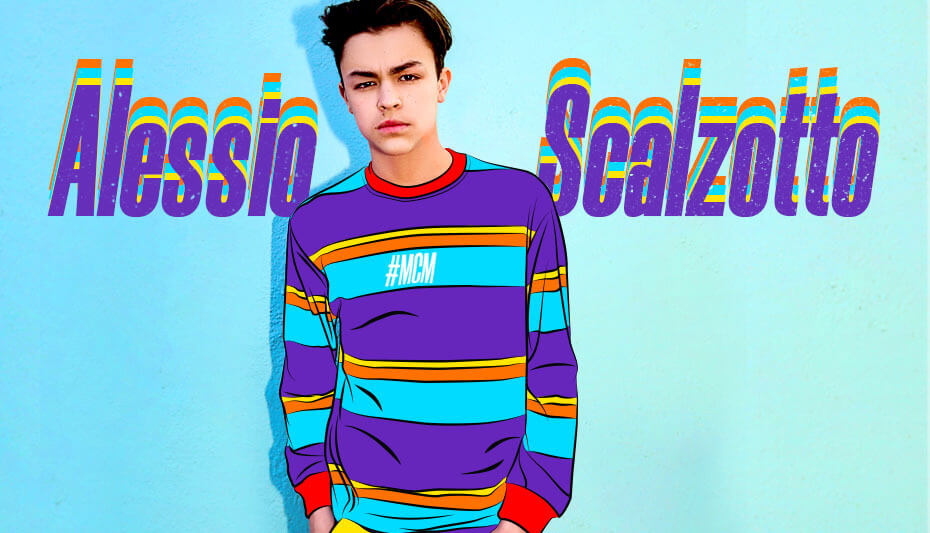 1. Alessio says National Geographic's Genius series, in which he played a 14-year-old Pablo Picasso, has had a massive effect on the rest of his life.

"Picasso had a big impact on me because I felt like I could relate to Picasso and what he went through as a young artist. He got a lot of his talent from his dad and I believe I inherited my love for music from my dad. It was a huge honor to have played the younger version of him."

2. He can't stand it when insincere people pretend to be friendly for their personal benefit.

"I believe in not changing who I am and staying true to myself."

3. If someone were to make a movie about Alessio, he'd love to be played by his Rim of the World costar Benjamin Flores Jr.

"He knows me well and can relate to me."

4. He would love to live on the fictional planet Pandora from Avatar.

5. He recently flew a plane for the first time. Next up, he would love to learn how to skydive.

6. On his pizza, he loves mushrooms and spinach, or simple pepperoni.

7. His top babysitting advice is to never leave kids unattended.

"I have two sisters and I grew up watching them. Trouble happens when you turn your back."

8. His latest Netflix obsession is Superbad.

"It's not new, but still one of my favorites."

9. He considers The Joker to be his favorite monster movie of all time.

"He is not a real monster, yet he was. One of my favorite performances."

10. Though he's best known as an actor, music is Alessio's true passion.

"It's about the music all day, every day."

Can't stop streaming? Click HERE to check out our ranking of Netflix's most popular original shows.