Everything You Need to Know About Nickelodeon's I Am Frankie Star, Alex Hook – Sponsor Content

Life's tough when you're a teenager. It's even harder when you're an experimental robot trying to pass as a typical teen.

That's the life of Frankie Gaines in Nickelodeon's newest hit-series I Am Frankie.  We may be in the final week of episodes for the season, airing weeknights at 7:30/6:30c, but it's never too late to join in and catch up!

This week, we want to shine a spotlight on the talented gal behind the title character, Alex Hook. Scroll through and get the inside scoop on all things Alex. 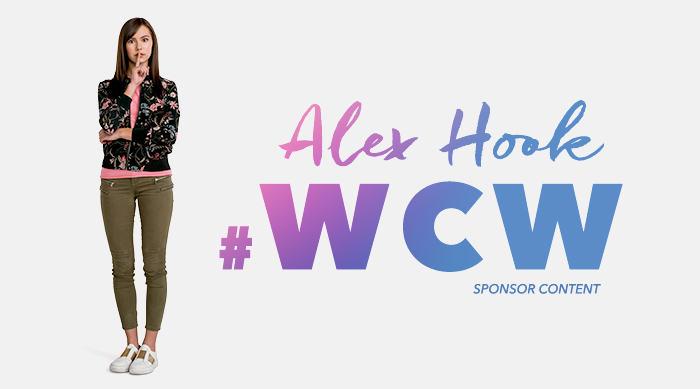 1. When she hits her local coffee shop, she doesn't mess around. She always goes for an iced Caramel Macchiato with milk instead of cream.

2. She started playing sports at a young age and still loves them more than anything else. She played hockey for seven years and now plays soccer and volleyball.

Last known picture of the trio in uniform

3. You might be surprised to know, she used to be fluent in Russian. "Now, I can only say simple words and phrases, but can understand it all," she says.

4. She describes herself as an outdoors-y person. Water skiing, wakeboarding and cliff jumping are totally her thing.

5. She would love to travel more. Up next on her list is Greece or Italy. "They are such beautiful countries with a fascinating history and culture," she shares.

6. Her first fan encounter was the best by far. Fans approached her and asked for a pic and said they love the show. "I can confidently say that I was much more excited than they were" she says. "It caught me off guard, and it was nice to know that kids were enjoying the show!"

We were so stoked to learn these facts about Alex, but you also must read THESE awesome fun facts about another former Nickelodeon gal Malese Jow.