Alexa Nisenson is a rising actress with so much more to her than just a love for being on camera.

The Middle School: The Worst Years of My Life star had a lot to tell us this week as our official #WCW, including her hobbies, favorite show and impressive list of goals.

Read on to find out all she had to share! 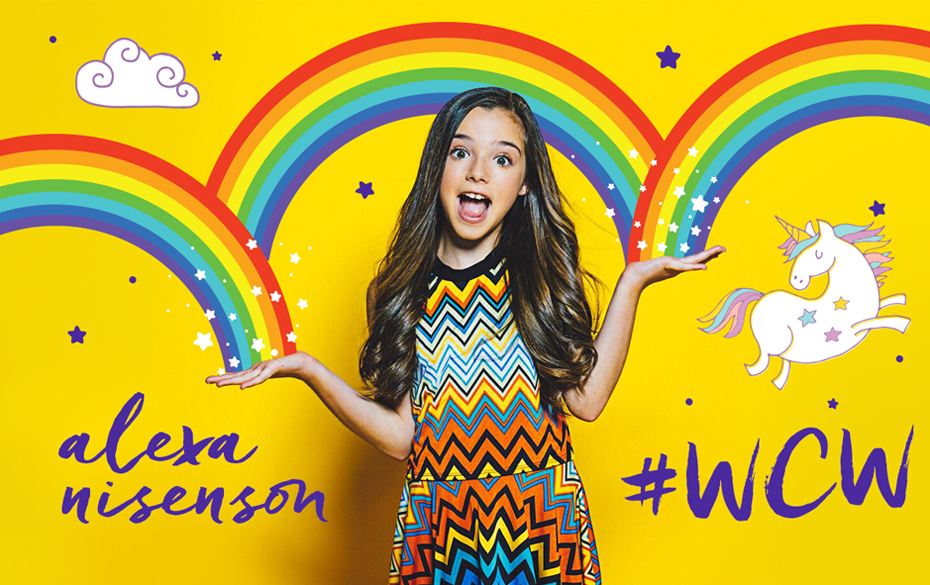 1. She's an avid skateboarder and wants to learn how to do tricks eventually. "When I was on set of Middle School, the two boys Griffin and Thomas, who play Rafe and Leo, were both skateboarders and I was dying to try it," she told Sweety High. "I took to it pretty quickly and started going to skate parks in my spare time and I got pretty good at it."

sending big hugs to the most awesome and inspiring person I met at the skate park today!! @finnellgrip you are so amazing!! Thank you so much for all your love and support today!! ???????????????? Determined to make it down that hill!! #skatergirl #skategirlarmy #skatepark #determined

2. Her sock addiction has reached a new level. "I am trying to see how many pairs I can collect," she said. "I love warm, fuzzy socks on a cold night. I will even buy socks that coordinate for all the holidays. It's a guilty pleasure I guess." From the bottom of our hearts, we support this crazy endeavor.

3. She donates her own money to charity every month. "My dad is a cancer survivor," she shared. "He was diagnosed with kidney cancer and is healthy now, but I decided at a young age when I started to receive an allowance that I wanted to donate to charities that helped people with cancer." We're completely inspired by their story and are loving this adorable pic of the two.????

4. She has great taste in celeb crushes, just like us????. "I have a mad crush on Cameron Dallas and I wish he had a little brother," she dished.

5. Now that she lives in California, she would love to learn how to surf. She already has the love for the beach part down, now all she needs are the lessons.

#santamonica sunsets are magical! Great way to end a weekend. I'm ready for ya Monday!! pic.twitter.com/FeW5bL5rsq

6. To add to the list of our shared commonalities, she absolutely loves America's Got Talent. She said she wants to be a guest judge one day.

7. She has an impressive assortment of phone cases. "I buy a new one almost every week and love it," she said. "I have the iPhone 6s and have about 75 phone cases!" It appears that she's the queen of both cases and phone accessories. We're not going to lie, we'd love to raid her collection one day.

Found the perfect solution to not lose my phone on set anymore! ❤️ this necklace/zipper from https://t.co/BlBSUViQAD pic.twitter.com/7xXPZVuxaA

Middle School is totally relatable, but you also don't want to miss THIS great advice on overcoming obstacles in your life from the cast of the new live-action American Girl movie.