Calum Worthy On His Magical Romantic Comedy, All She Wishes!

All She Wishes is a romantic comedy starring Lexi Giavagnoli and Calum Worthy, out today on digital and on demand! We spoke with Calum to learn about the things he'd do with a little magic in his life! 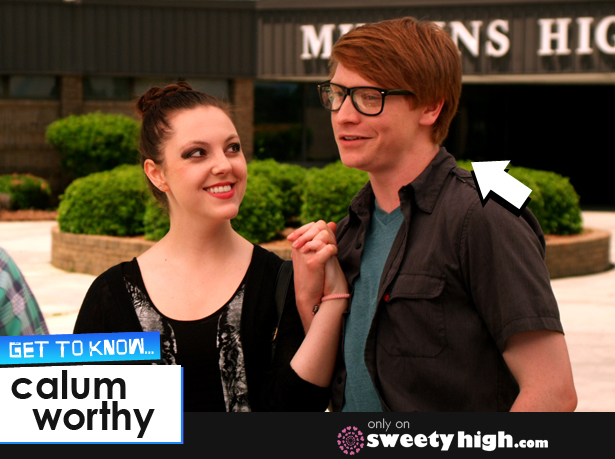 In All She Wishes, the character Sophie receives a magical car for her birthday, and accidentally wishes for Calum Worthy's character, the actor Drake, to take her to the Valentine's Day dance!

We asked Calum what he'd accidentally wish for if his own car was bewitched.

"If I could wish for anything, it'd probably be to go to space," he said. "I've always wanted to do that. If I was in that car, I'd end up in space, which sounds very dangerous."

And as for a celebrity he'd wish to take to the dance?

"I'm a huge fan of Ben Savage," he said. "I grew up watching Boy Meets World. I've actually gotten to know him over the last little while. I'd actually say Ben Savage, not to go as a date, but just as a bro to hang out with. If I get to go with any girl, it'd be Taylor Swift. I'm, no doubt, in love with that woman."

Calum also urged fans to check out All She Wishes today!

"All She Wishes is a really great movie," he said. "It's a story about two young teens trying to figure out life and love and how to survive. And it's a magical story involving a magical car, and there are some whimsical elements, but the heart of the story is just about two kids who really like each other and are trying to figure out how to make their way in the world."

He said that the movie will offer something that any viewer will relate to.

"Growing up, I know the pressure of going to a Valentine's Day dance was something that almost killed me a couple times because it's so stressful," he said. "You want to make the best of your high school years and I think this movie really helps people understand that."

Want to read even more from the stars of All She Wishes? Check out the related stories below, and stay tuned for even more from Lexi and Calum! You can also share in the fun at Sweety High!