A Doctor Shares Everything You've Wanted to Know About Allergies

If you suffer from allergies, you know just how much of a damper they can put on your day—or week, or season.

But what exactly are allergies, and what are some of the most effective ways to deal with and treat them? We wanted answers, so we reached out to expert allergist Dr. Susan Raschal of Covenant Allergy & Asthma Care to find out everything we could about them.

Keep reading for everything you've ever wanted to know about allergies.

Sweety High: What's actually happening in our bodies when we experience an allergy to something like dust or pollen?

Susan Raschal: About 30% of people in the United States are genetically programmed to have allergies. If that genetic component is present, an immunologic reaction may occur. IgE is the antibody responsible for allergies. It recognizes innocuous foreign substances as something abnormal, and that causes a reaction in the body.

People programmed to have allergies have a reaction when allergens are inhaled, ingested or come in contact with their skin. They get packaged in a particular way, then presented to the body as something foreign, so the immunologic reaction occurs. If two IgE antibodies cross-link on special cells called mast cells, then many mediators get released, including histamine. Those mediators target the organs, including the ears, nose, eyes, mouth, lungs and skin, and cause a reaction. 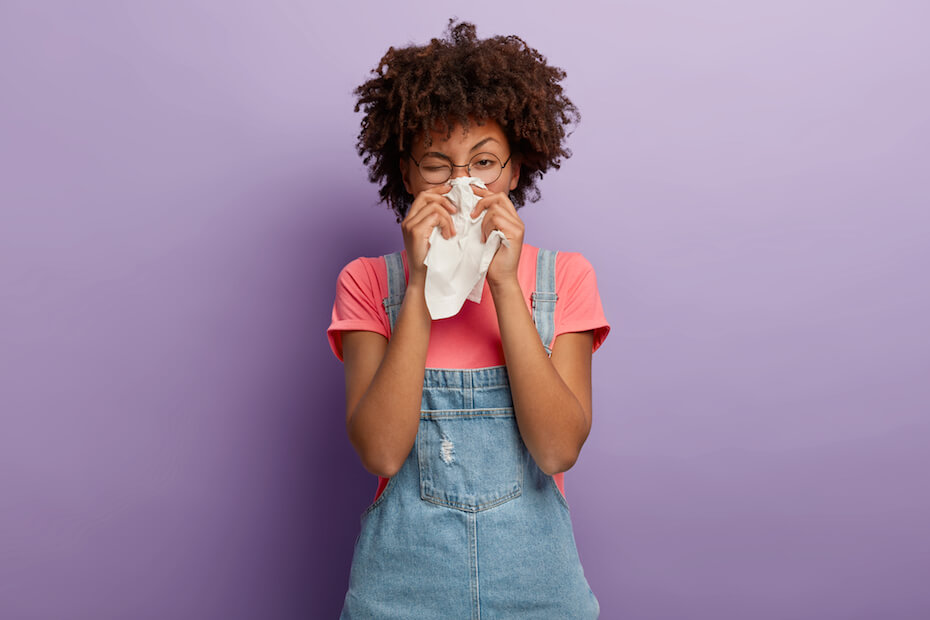 SH: What reactions can occur?

SR: You might break out in red, raised, itchy bumps called hives, or your ears, eyes, mouth and nose might itch. You might sneeze, and have watery eyes and post-nasal drainage and a runny nose.  Allergies might cause swelling in the airways, which results in coughing and chest tightness, which are symptoms that we usually associate with asthma. Allergies can cause asthma and can also exacerbate it.

SH: What exactly are the allergens?

SR: Allergens include pollen, molds, pets, pests, food, medication, stinging insects, latex and other contactants. Pollens are from trees, grasses and weeds, and there are all different types of molds. The pets include dogs, cats, ferrets, guinea pigs, mice and gerbils—any furred animal you can imagine has the potential to cause you allergies. Pests are things like cockroaches and dust mites. 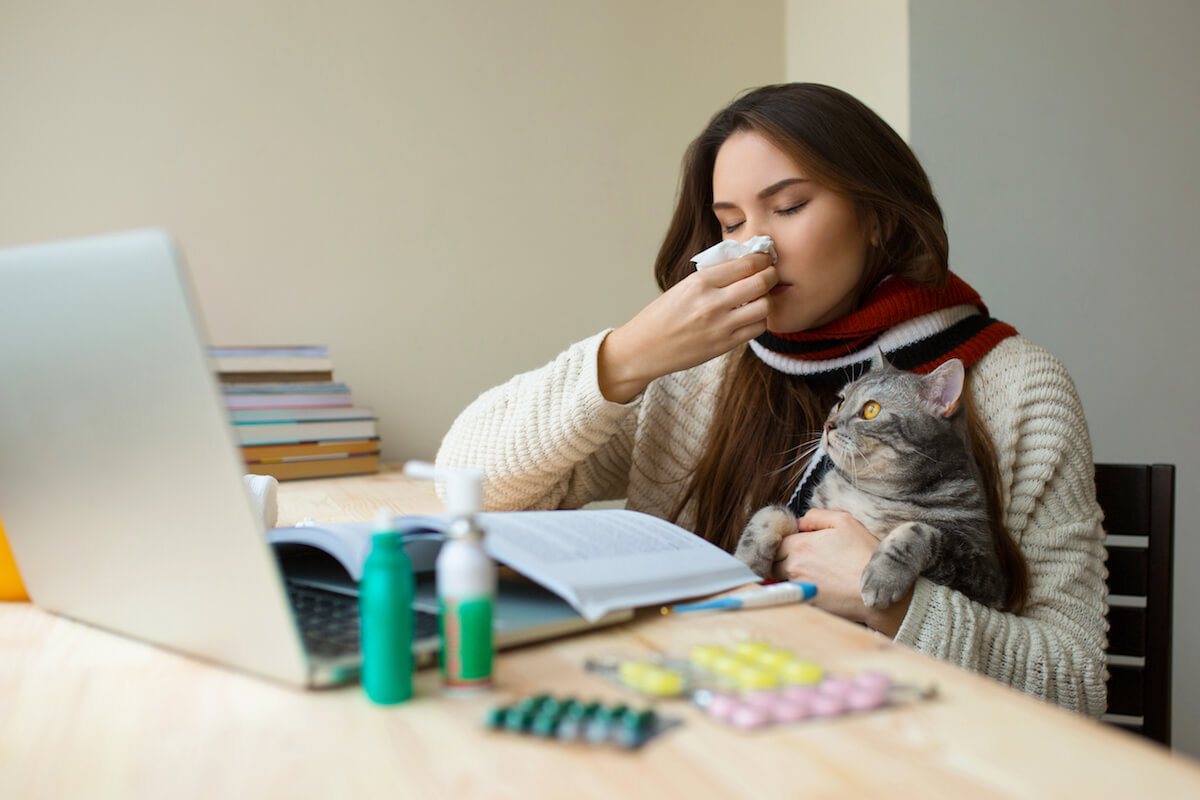 SH: If you suspect you might have allergies, what should you do?

SR: The first step is to identify them. If it's a seasonal allergen, those symptoms will occur at least two seasons in a row. If you have symptoms when the pollen is elevated, it's very suggestive of allergies.

To confirm the suspicion, you do skin testing, which is more precise than blood testing. What I mean is that approximately 40% of skin tests do not confirm allergy. A positive skin test, with no symptoms of allergies, can reveal another type of condition.

Allergies aren't the only cause of inflammation and swelling of the mucous membrane, which we call rhinitis. If it's due to allergy, we call it allergic rhinitis, but there's also vasomotor rhinitis, which is a reaction due to weather, barometric pressure or extreme changes in the temperature. There's also irritant rhinitis, caused by smoke, cologne, perfume, strong smells, sprays, diesels, gasolines, potpourris or pollutants. Those irritants cause symptoms but are not allergens.

If someone has a positive skin test and they've elevated symptoms upon exposure to trees, grasses and weeds when pollen is elevated, the test will confirm your suspicions. If their symptoms are due to weather, pressure or irritants, then it is not allergic rhinitis, even if your skin tested positive. 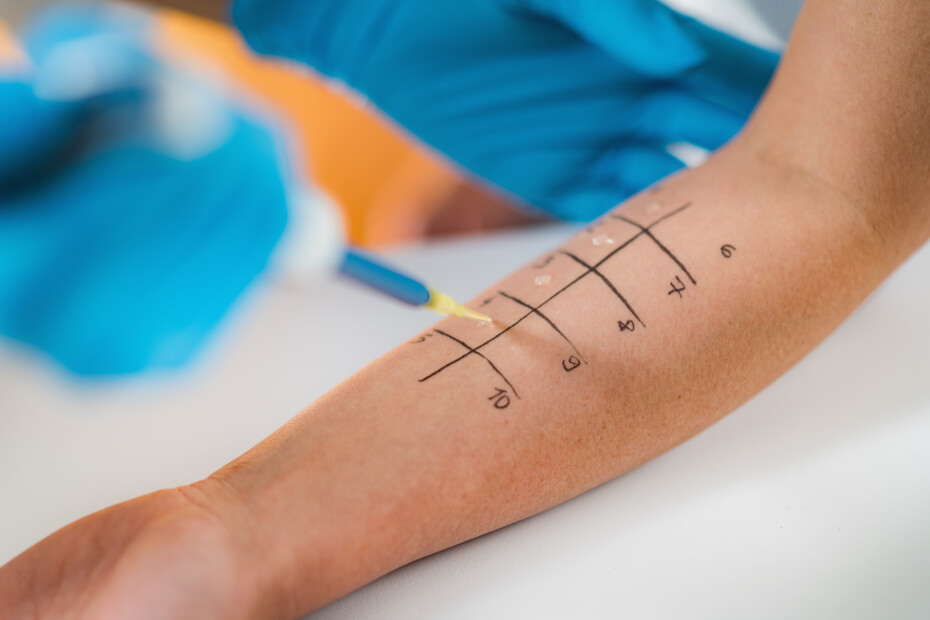 SH: Are there any cures for allergies?

SR: There are three different permanent treatments for immunologically mediated change. They're called allergen immunotherapy—a therapy that changes the immune system. They are allergy shots, allergy drops and allergy tablets. With the drops and the shots, we give tiny doses of the very allergen the person is allergic to. We increase that amount, and over time, the body's immune system changes and does not recognize the allergen as being foreign. That process takes three to five years, but when the body's immune system stops recognizing it as something foreign, the person stops reacting to their allergen.

Tablets are designed to do the same thing, but there is not an increasing dose. They treat some, but not all of, the grasses, as well as ragweed and dust mites.

Aggressive allergy immunotherapy treatment can also prevent the development of asthma in 50% of people. That's important because asthma is an incurable and potentially life-threatening condition. If we can prevent anyone from developing asthma, we should.

SH: What are the short-term treatments for allergies?

SR: One of the first things you should do when you start an allergy management program is to implement avoidance measures. If someone is severely allergic to cats, the very best thing is to not have a cat. Of course, people don't want to get rid of their pets, so the next best thing you can do is to get the animal to be outside. Since people aren't so willing to do that, either, the next best thing is to keep them out of the bedroom. That should be your sanctuary.

For those allergic to dust mites, there are special encasement covers for your mattress, box spring and pillow. You should also wash your sheets in hot water—at least 130°—once a week to kill the mites, and take carpet out of the bedroom. Dust mites also draw moisture out of the atmosphere, so get rid of the humidity. They thrive when the humidity level is greater than 50%, so pull the moisture out and those dust mites are going to shrivel.

When it comes to pollen, choose your outdoor activities wisely. You don't want to go outside when the pollen is high, so learn when that is in your region.

Since permanent immunotherapy treatment takes time, you'll also want to look at other treatments in the meantime. One method is the neti pot, where you squirt salt water up one part of the nose, and it comes out the other, but most people hate that.

I recommend saltwater sinus rinses. You turn your head to the side so it's basically parallel to the floor. I recommend resting your head on a bunch of towels. Then you take a NeilMed plastic bottle that's designed with a special hole in the top, fill it with salt water—it has to be either distilled or boiled for at least five minutes because you never want to put tap water up your nose—and you stick the nozzle in the nostril that's closer to the floor, and gently squeeze. Then you pull it out and put your head upright to let it drain, and put your head in the same position over those towels and squeeze again. Half the water in the bottle goes in one nostril, the other half goes in the other. It gets into the sinus area, not just into the nose, so the majority of it doesn't go into the back of your throat. It's fantastic because it gets into allergens and irritants in the nose and cleans it out so that you're less likely to have a sinus infection.

According to the medical literature, the single most effective medical treatment for allergic rhinitis is a nasal steroid, available over the counter. These include Flonase, Fluticasone, Rhinocort, Nasacort and Veramyst.

SH: What about antihistamines?

SR: People usually take antihistamines for allergies, but they're not nearly as effective as nasal steroids. All antihistamines—even the supposedly non-drowsy varieties—have a sedative effect. Zyrtec, for example, is 13% sedating, so it might impair your ability to concentrate and focus.

One study looked at the recall and memory of 16-year-old students and found that students with allergies who were treated with Benadryl performed worse than students with allergies who weren't on any medicine at all. Maybe antihistamines shouldn't be the first line of treatment because they may impair the student's ability to function. In other studies, people's reflex times were tested. Subjects taking Benadryl felt good and thought they were doing well, but their reflex times were equivalent to those who were considered legally intoxicated. They were very delayed, but they had no awareness that they couldn't respond quickly. 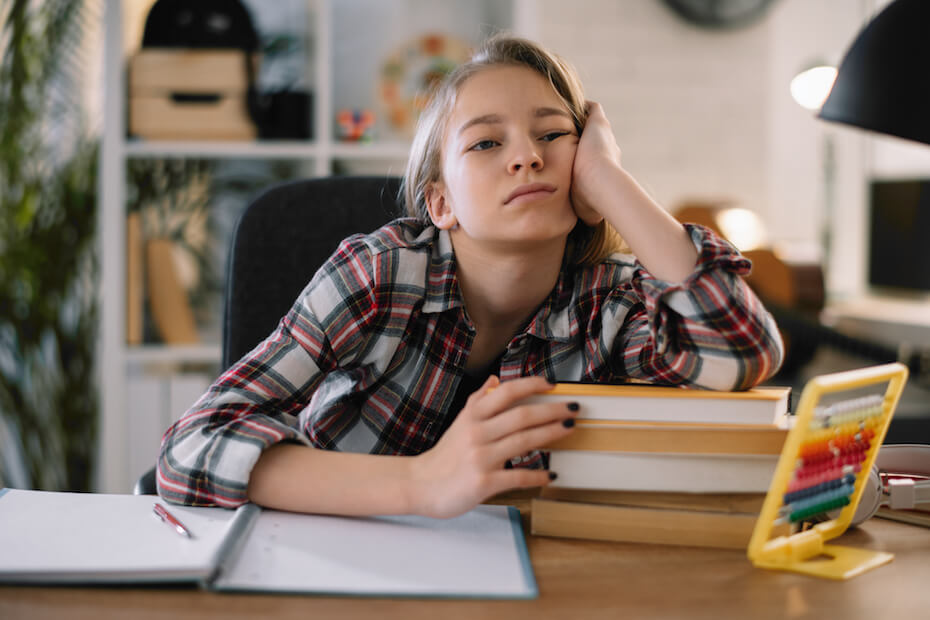 SH: Are there any natural remedies for allergies as well?

SR: Certain herbs have also been found to be effective. There's butterbur, quercetin and elderberry, which all help with allergies, as well as lemon, eucalyptus, peppermint and lavender essential oils. I recommend all of those for their antihistamine-like effects.

I also recommend drinking lots and lots of water. That'll also help with digestion, as well as complexion, holistically. Eat healthily and get rid of sugar from your diet. My opinion is that the body is like a nice car. You put in good fuel, and it's going to run more efficiently. Good food will make your body tune efficiently. If you're eating a bunch of junk, sugar, gluten and processed foods, the body isn't going to function as well, and as your body tries to heal itself from all the garbage you've put in there, it's not going to be as attentive to your allergy symptoms. The healthier you are, the better your symptoms will be.

If you found this information useful, click HERE for 10 things you'll relate to if you suffer from allergies.