Alto's Odyssey Is a Beautiful, Simple Mobile Game That'll Keep You Coming Back for More

After barrelling down a steep sand dune on my wooden snowboard, I glided past a strange tree on a hill before a lemur leapt from it, chasing me across the desert.

At first, I was delighted to be joined by this adorable scampering creature. It trailed closely behind me as I jumped and did a backflip over a cliff. Then, out of nowhere, it sprang at me, knocking me off my board and ending my legendary run.

The experience wasn't real, of course. It all took place in the new mobile game Alto's Odyssey, which is out in the App Store today. The developers, Snowman, gave me an early copy of the game, and I'm loving it even more than I predicted.

Firstly, it's prettier than any mobile game has the right to be. In fact, when I first saw a video preview of Alto's Odyssey, I naturally assumed it had to be a console or computer game because it seemed too stunning not to be.

I was dead wrong. The game looks incredible on my iPhone, but the gameplay is still totally readable thanks to its simplicity. You start the game as Alto, a snowboarder who finds himself shredding and backflipping his way across the desert. I have no idea if there's a greater story arc than that, but honestly, the game doesn't need it. 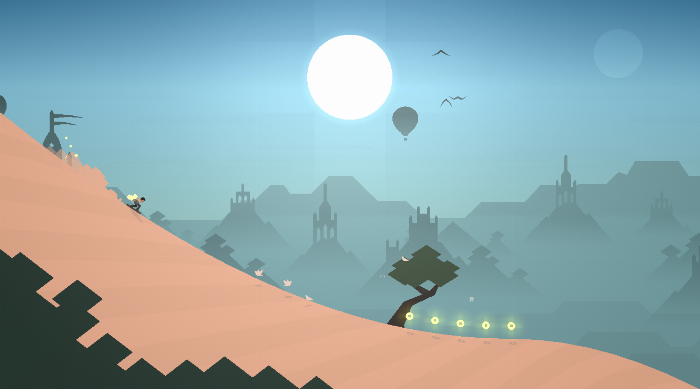 The controls are very straightforward. Your character automatically careens down the game's sandy mountains, and you control your character by carefully timing your jumps to avoid obstacles, clear gorges and accomplish tricks. Holding your finger on the screen makes your character rotate into a backflip. If you can get them to do their full 360° turn before they return to the ground, you're awarded bonus points as well as a speed boost. If you fall flat on your face, your run will end.

Every time you play, a new, randomly generated level is spawned for you to board in. The levels go on indefinitely. It only ends when you mess up by crashing your snowboard or falling into a hole (or, in my experience, being mauled by an angry lemur).

Before each level, you'll be given three goals to accomplish. Maybe the game will ask you to do a backflip, use a certain collectible or make it all the way to a different area within your run. If you can check off each goal, you move on to the next level.

While many of these achievements can be done right away with the right skills, some of them can feel frustratingly out of the player's hands due to the randomness of the landscapes. In one early level, I spent about half an hour scratching my head over a request to smash a pot, only to realize that my runs had somehow been devoid of them again and again and again until I finally spotted one. When you're eager to advance, the fact that the prerequisite pool of water or temple stairs don't show up can feel frustrating.

Every 10 levels, you'll also unlock new boarders to play. In addition to being visually different, they all have different stats. While the default Alto is a great all-around boarder, the second unlockable character, Maya, is slower on the ground but faster with aerial tricks. The best character is Felipe, a snowboarding llama with a sweet double jump ability. 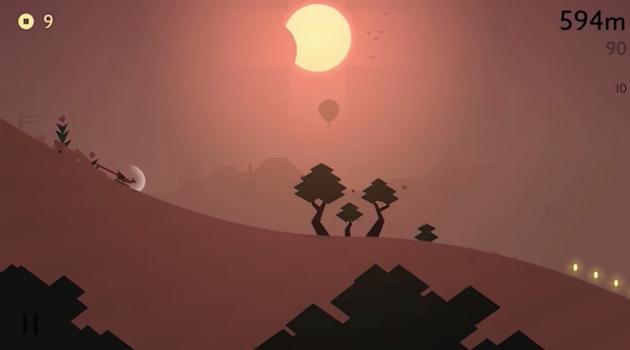 You'll also want to do lots of tricks during your run, not only because it'll make you faster, but because it makes your scarf grow. This may sound silly, but there's something very fulfilling about growing an extremely long scarf in the game. I believe the scarf length is also relating to summoning Birds of Paradise. In addition to being beautiful, they'll sometimes snag coins for you. 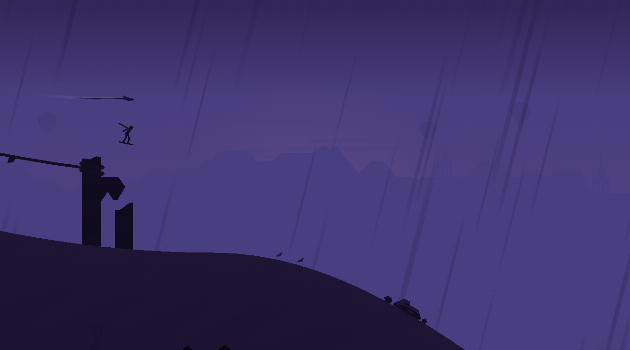 Along the way, you'll  want to collect coins, which can be traded in for useful upgrades, like a board that allows you to ride up special walls, or a winged suit that enables you to temporarily soar over the level. You can also nab power-ups along the way. A pink lotus flower allows you to bust through rocks, while a magnet attracts nearby coins as you glide. 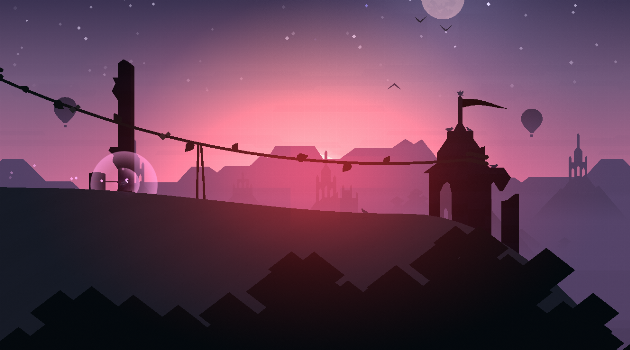 The game also features a day-night cycle. As you play, time passes and the weather changes, making for some truly beautiful backdrops. But while you'll get bonus points for boarding during sunrise, the changing time can be difficult to deal with as well. It's way trickier to navigate and spot silhouetted obstacles at night or during bad weather, and I can't tell you how many times I wiped out hitting a rock because it was just too dark to see them. One of my biggest tips for this game is to turn your phone's brightness all the way up whenever you play it. 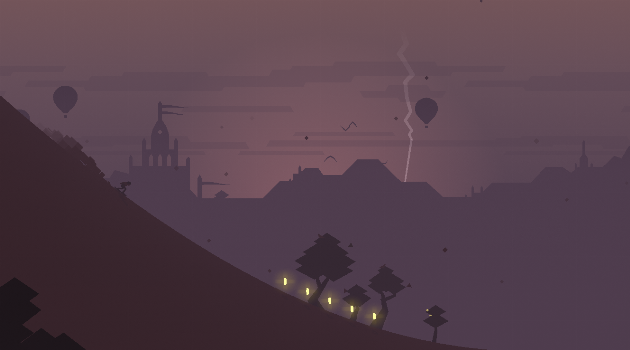 But it's not all about sand, sand and more sand. Beautiful hot air balloons feature pennant strings you can grind on, and the balloons themselves are big, bouncy and perfect for leaping on. Even if you land head-first on one of these balloons, you won't crash.

There are also twirling tornados to throw you into the sky, waterfalls and streams to glide across and ancient temples that make for great skatepark-style tricks.

And I've already mentioned the lemurs a couple of times, but I'll bring them up again because they're a pain in the butt, but a fun one. Whenever you discover that one of them is on your tail, you've got to do tricks to get the speed boosts required to evade it. You can finally shake the lemurs by making it over big chasms. They're also quite cute, so it would be nice if it was more immediately obvious that lemurs are bad news and not a cuddly friend. 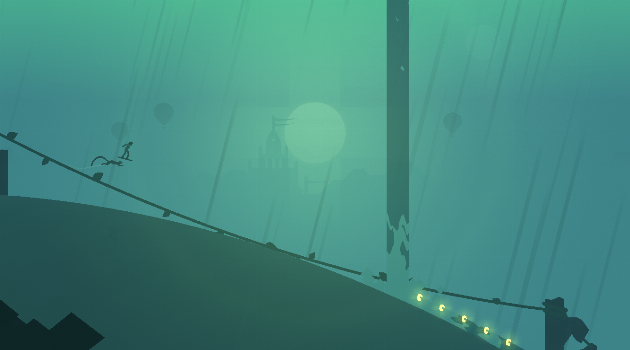 I could never quite predict how playing a round of Alto's Odyssey would make me feel. The stunning music and soothing sound of the board cutting through sand would sometimes put me in a zen-like calmness. Other times, when I was working on an achievement run after run, it could make my heart race and put me on the edge of my seat.

Alto's Odyssey is nothing groundbreaking, but it's beautiful and a ton of fun, as well as the perfect game for playing on the go. It's got an in-game photo mode to capture all of your favorite gorgeous moments and share them with everyone you know, and at $4.99 in the App Store, it won't break the bank, either.

If you're looking to load up your iPhone with more great experiences, click HERE to read about how the lovely mobile game Florence is about way more than first love.