You might know Alyson Stoner from her role in the Cheaper By the Dozen movies, her voice work on Disney's Phineas and Ferb, or her recent Missy Elliott tribute video that's racked up 13 million views on YouTube. We recently spoke with Alyson to find out all about three upcoming movies, her new song, and everything that makes Alyson tick!

If you could eat any meal right this second, what would it be?

Who is your biggest inspiration as a dancer?

3. I'm afraid of stickers. I just remember being about 4 years old going to the doctor for a checkup and them offering me a sticker at the end of my visit and me sticking my hand in their face and saying absolutely not! I thought they were trying to hurt me and poke me with another needle.

What makeup product could you not live with without? Specific brand, if possible?

4. I try and wear as little makeup as possible to let my skin breathe, but I have a mineral spray and a great moisturizer from Oxygenetix. It's an all-natural moisturizer that doesn't clog your pores before you put your makeup on top of it.

If you could swap lives with any Disney character, who would it be?

5. I would like to be the genie in Aladdin. I'd love to hear what people wish for.

What is your spirit animal?

6. My spirit animal is an Australian animal called a quokka. They are notoriously happy and I like to think that underneath all my sarcasm, there's a cute little quokka.

Do you have any secret talents that nobody knows about?

7. I feel like I've disclosed so many secrets over the years! But growing up, I was a pretty good gymnast, great at the uneven bars and balance beam.

What's the last song you had stuck in your head?

8. It's called "Say My Name" by ODESZA. It's sort of a house, bright, upbeat song. It goes "I wanna dance, I wanna dance dance, with you!" It's great.

9. A fun fact about me: I don't watch movies or TV. I don't even know what's out in theaters. Couldn't tell ya. 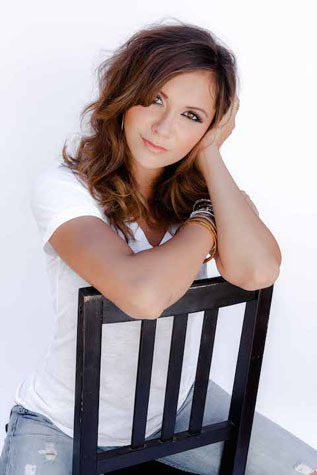 What inspired you to create your Missy Elliott tribute video?

It was a spur of the moment reaction to thousand of people messaging me, asking why I wasn't at Missy Elliott's Super Bowl performance. I wanted to show my gratitude to her, so I rounded up my dancer friends and put together some choreography. Within 3 days, with only had 5 hours to shoot, we edited and color-corrected and put the video out.

Did you ever think it would go so viral?

We had no idea we were going to get that reaction. It reached like 7 million in a day, and I was basically speechless. You can never predict that. When something catches fire in culture and it's a special moment that's entertaining and brings people together, you just have to let it be the tsunami that it is. I still don't recognize it as my own because it was such a team effort and it came together so quickly. It shows the power of social media and of paying attention to your gut when you know you're supposed to do something.

Tell me about The A-List.

A-List is a teen comedy. It follows Eric Schultz, the most popular guy in school as he navigates this journey discovering that he's basically been excommunicated from the popular crew because his guidance counselor wants to live vicariously and accomplish her former high school dreams through him to help him graduate. I play Lacey, who's the voice of reason, the moral backbone to the story. She's everything good and pure and right and noble. It was a blast to film. Everyone was super young and fresh and excited and we have a lot of rising stars in the film.

What can you tell me about Summer Forever? What was it like to work with Megan Nicole and Stephen Colletti?

Summer Forever was another amazing moment. In 3 weeks we rehearsed and filmed an entire movie with Megan Nicole of YouTube fame, Anna Grace Barlow from Scream Queens and Ryan McCartan from Liv and Maddie, directed by Roman White who's done Taylor Swift, Carrie Underwood and Bieber's videos. It's an awesome, fun story for everyone about the weekend after summer ends, and the rest of your life, once college begins. It documents 3 friends as they come face to face with who they've been and the challenges they'll have to overcome to be who they want to be. 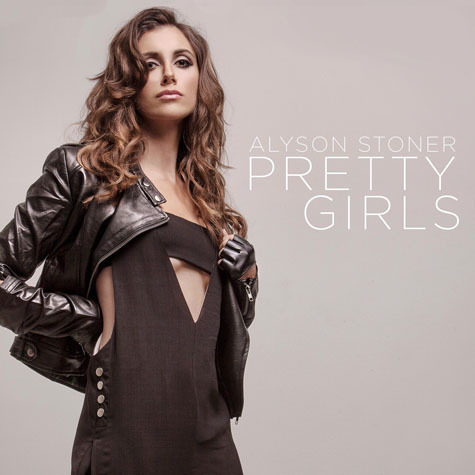 Your music has also been getting huge. What was the inspiration behind "Pretty Girls"? What has it been like to see that song do so well?

"Pretty Girls" was specifically written as the opening song of my new film Sugar Babies, which will be out later this month or next month. It represents the power of beauty in culture, how women are taught to manipulate, seduce and persuade, using their physical attributes, as well as their inward beauty. I was inspired by a close friend who's breathtakingly beautiful. Everywhere we go together, I become an ant. Wherever she walks in, she gets served first. I saw that kind if privilege, which I call the halo effect, and it impacted me growing up, wondering why certain people would listen to me when I had makeup on and other people would disregard me when I was just myself without makeup. The song is a statement about how, if you get too close to a beautiful woman, you can't be surprised when you fall under her spell.

Love Alyson Stoner? Get "Pretty Girls" on iTunes now, check out The A-List today on Video On Demand and iTunes, and stay tuned for Summer Forever, out this August. Leave your thoughts in the comments!