Everything You Need to Know About Sheppard's Amy Sheppard

We've basically had Sheppard's "Geronimo" stuck in our head for years at this point, and band member Amy Sheppard is a huge part of why we're so obsessed.

She sings and plays keyboard and harmonica for the band, and she's currently on a mission to spread body positivity, asking fans to post real, unfiltered photos to show that all bodies are beautiful. If you've ever wanted to learn more about Amy, keep reading to find out everything she told us in her latest interview with Sweety High. 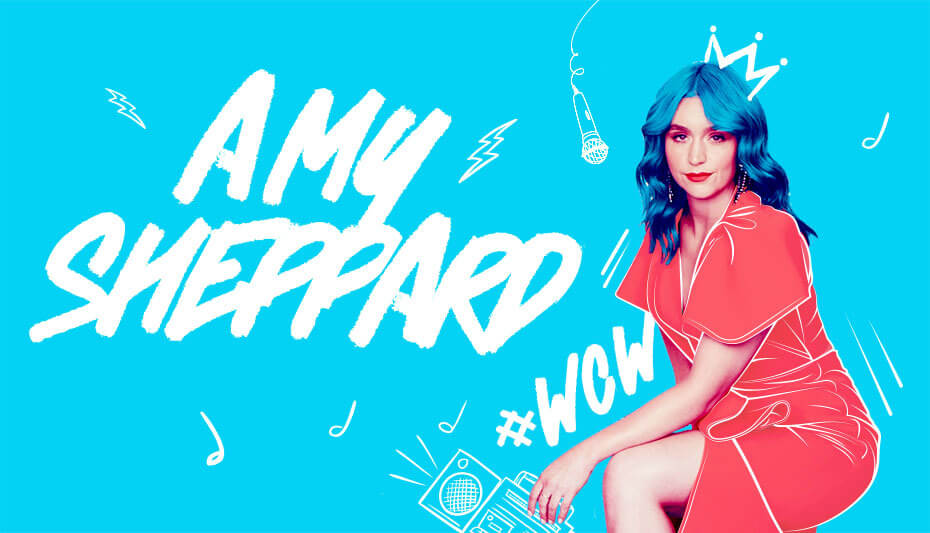 1. Amy's odd talents include being able to peel a banana with her toes.

3. Her favorite day of the year is Christmas day.

"In Australia, we sit in the pool all day, eat fresh mangos and prawns (shrimp) and just try not to melt."

4. She's been a vegetarian for seven years.

5. Amy would love to get better at public speaking.

"I can be quite a shy person, and the thought of getting up and doing a speech has me in sweats. It's funny because I'm totally fine talking to an audience when I'm doing a gig."

6. She doesn't have a ton of time to play video games these days, but she used to be obsessed with The Sims.

7. Her ideal world would be a sweet one.

"I'd love to live in sort of candy land where you can eat candy all day and your teeth never rot."

8. She can be a nervous flyer, but she has a ritual that gets her through it.

"As soon as the plane takes off, I visualize a white light protective shield around the plane. I don't know why, but it seems to help."

9. If she weren't a musical artist, she'd love to be a food critic.

10. Her favorite superhero is She-Hulk.

11. Body positivity is super important to Amy, and she wants to get the message out.

"24-7, women and girls are fed messages which have them insecure and unsure of themselves. We are worthy of love, success and total happiness regardless of how we might look. I just want to be the role model I wish I had when I was younger."

Dream of seeing Sheppard in concert? Click HERE for Insta captions for every great concert photo you take.