If you adored Anais Lee's The Baby-Sitters Club character, Jessi, in the last couple episodes of its first season on Netflix, you're definitely not alone. And we have some very good news for you.

It turns out that Jessi Ramsey will be back in a big way in Season 2. That means more dedication, more fun and more ballerina moves, too. The second season is slated to air sometime next year, but we didn't want to wait that long to find out more. If you want to learn all about actress Anais Lee, just keep reading! 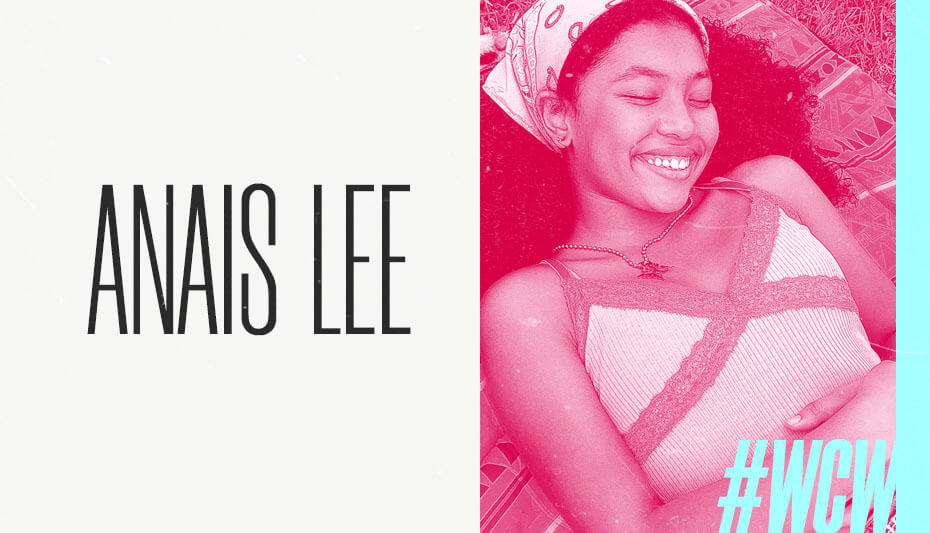 "Jessi is really hardworking and knows what she wants. She is a ballerina and works really hard at being a perfect dancer. In the first season, you only see Jessi in the last two episodes, but Jessi will be coming back in Season 2. According to BSC creator Rachel Shukert, Jessi will be 'a big part of Season 2' so I cannot wait for everyone to see more of Jessi and hopefully she will be dancing a lot!"

2. To audition for the role, she filmed both acting portions and a ballet routine and then sent the tape to the casting directors.

"After the audition, my agent said that I had a director's session through Skype, so we rushed home and I prepared my lines again. I was super nervous! After the Skype call, we waited around for a day being super anxious. We finally received a call that said I was one of the top picks for the role! I spent the entire day at school so nervous. When I got home from school my mom called me from her office at work and told me that I got the role! I was so excited that I ran around screaming and jumping up and down."

3. Misty Copeland is her biggest inspiration as a dancer.

"She is just so talented and represents all of the minority ballet dancers with big dreams. I wish I could see her perform in person."

4. She says her best school subject is probably math.

"I normally pick up the formulas pretty quickly, and once you know what you're doing, it's actually really fun. I wouldn't say this is my worst subject, but my least favorite is science class."

5. She can't get enough of the smell of lavender.

"I always have that scent in my diffuser in my room so my room constantly smells like lavender. It fills my room with a sense of peace and relaxation."

6. She says her laugh is her biggest character quirk.

"I don't think I've ever heard anyone with a similar laugh—not even my identical twin sister Mirabelle—and I can't really describe it."

7. Her most overused word is "purrr."

"It's kind of like the equivalent of saying "yesss" or when you are hyping your friend up for a picture they took. It's really hard to explain and I don't even know how I came up with it."

8. She has a couple of little self-care routines she engages with when she needs a pick-me-up.

"When I get discouraged or just feel really unmotivated, I wash my face or I'll bake something. I've been baking a lot during the pandemic. Sometimes I bake via FaceTime with my best friend–it's relaxing and a lot of fun."

9. She would love to live in the fictional world of Avatar: The Last Airbender.

"Other than all of the war and fighting, I think that living in that universe with all of the benders would be really cool."

10. Nothing makes Anais smile like spending time with her best friends or her dog, Emerald.

"My friends always know how to make me laugh and Emerald is just so cute she makes me smile."

11. The last song she had stuck in her head was "Peach" by Finn Askew.

"I always listen to that song in the morning because it always puts me in a good mood and I love to sing along to it."

12. She loves cooking fried rice for her family.

"It's honestly a staple in my cookbook. It is so delicious and the whole family loves it."

"Mirabelle is a bit more outgoing than me, but other than that, Mirabelle and I like all of the same things and do everything together—we are really the same person! I am so thankful we're in the same industry because she always helps me with my lines and cheers me on."

14. Very soon, she'll be heading back to Canada to film the second season of The Baby-Sitters Club.

"I am so excited to get back to filming and to see all of the girls again."

15. Anais doesn't think a lot of people realize that she used to be super shy.

"When I was younger, I was so shy, but as I got older, I started to become more outgoing—but sometimes, that old shy self can still come out. My twin sister, Mirabelle, is more of the outgoing chatterbox."