A year ago, multi-platinum singer-songwriter Ananya decided to expand her horizons and focus on taking her music beyond her native India. After breaking into Top 40 radio here in the U.S., we can say she's doing a pretty phenomenal job.

Today, she releases her second-ever U.S. single, "Everybody's Lost," following up the hit song "Let There Be Love," and we think she's only just beginning to demonstrate what she's capable of. With its soothing sound, confident vocals and an empowering message we can all get behind,  we think she has yet another smash on her hands. 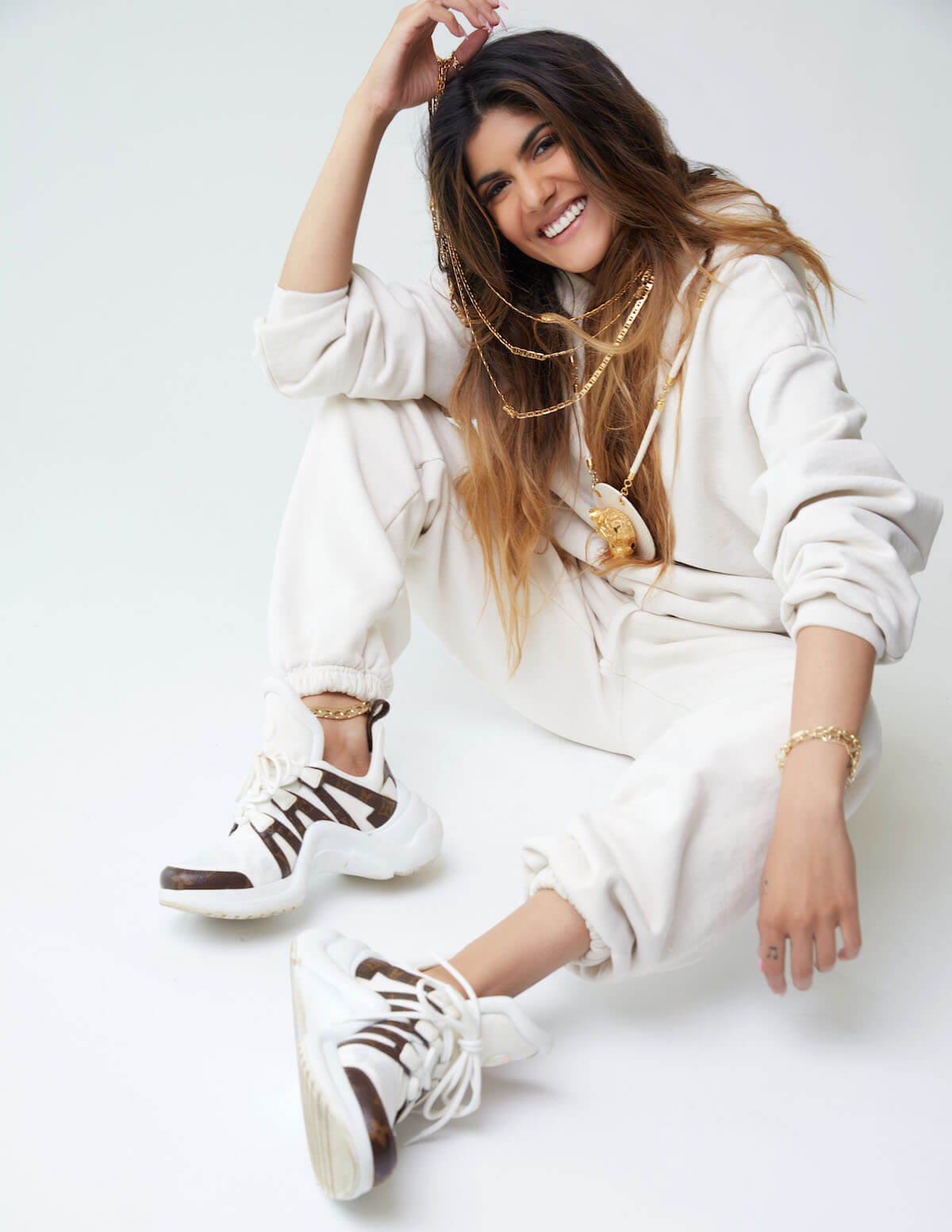 Sweety High: What was the recording process behind "Everybody's Lost," and what kind of emotions did you want to channel into it?

Ananya: I recorded "Everybody's Lost" in L.A. at my vocal producer's home studio. It was a really beautiful process. I wrote the song with one more writer, so it was only me and the producer and a 17-year-old from Australia called Black Summer. It was a very collaborative process. Before entering the studio, I knew that I wanted to write something about everyone being lost because I felt lost myself. I think I wanted to channel those emotions into the song.

When I wrote it, I had just moved to L.A. to pursue the dream of going global with my music. I didn't really know where to start, who to meet or how to really go about achieving my goals. I felt really lost and low. I didn't know what was going to happen—all I knew is where I wanted to be. Things are moving now and it's a very different story, but "Everybody's Lost" is a snapshot of what I was feeling. I feel like everyone knows that feeling, though, and everyone feels lost in their own way. The entire world feels like it's lost at the moment. In a sense, it's what brings us together. We're all lost, but it's okay to be lost—and that's what the song is about.

SH: Do you have any advice for people who are feeling lost and not really sure what they're doing in the world?

Ananya: The advice I give to myself is what I would give to others: it's okay to be lost. When you identify that you're lost, that's when you start digging deeper into who you are and what you want to do and that's when you start finding things that you want to do and make you feel less lost. It's one of those things that isn't permanent. One day you could feel lost and the next day you could feel fine. I think the whole point of life is that we're all lost and we're trying to find our purpose. Feeling lost is part of the process, so try not to worry so much about needing to achieve or succeed. Just try to enjoy life and live it to the fullest.

SH: How do you think this track is different from what you've released in the past?

Ananya: It's a different sound for me. It's in the pop realm, but it's not straight-up pop. In the music video, I definitely feel like I've pushed my own boundaries. It's more me, which makes me happy and it feels like I'm becoming the artist I've always wanted to be. I hope that when my fans listen to the song and watch the music video, they'll be able to see that transition and that I've evolved as an artist.

Nothing was choreographed in the music video. It was just me and this box, completely in character, as someone that was feeling frustrated with trying to touch the other side of the wall but not being able to. It's almost this feeling of claustrophobia, where I'm trapped and reaching for a goal that's out of reach. I lost myself in that feeling, left my comfort zone and just let my body do what it wanted to. It was an amazing experience that I think has helped me grow as an artist. I'm a pretty shy person naturally, so it was really freeing.

Ananya: I think, due to the pandemic, I started making music just for the fun of making music—like I used to when I first started. It helped remove the pressure of having to make music to release it or for it to be a hit, which I think is a big thing that artists get stuck in. For me, personally, writing a song with the hope that it does well doesn't ever work. I get stuck in my own thoughts. The pandemic really took me back to the mindset of "oh, I'm going to write as Ananya who wasn't established at all and was just writing music for the love of writing music." I think that's one of the biggest gifts that the pandemic has given me as an artist.

SH: What does it mean to you to be the first Indian artist breaking into Top 40 radio in the U.S.? What do you think is unique about you and your music that made this happen?

Ananya: I have no idea what's unique about me! I think when you're authentic and when you're yourself, that people see that. People are very clever. They can see through people that aren't real. Maybe that's what happened. I just know I'm very grateful. It has encouraged me to work even harder because I'm a very ambitious and competitive person—mostly with myself. Being the first Indian artist to be on Top 40 radio is just something that I still can't fathom because I got to L.A. a year ago with no idea what was going to happen. It feels so surreal.

Ananya: I've always loved XXXTENTACION and was really sad when he passed. I love his music. I love Juice Wrld very much as well. His music resonates with me on a very deep level with how I feel on an almost daily basis. He touches on emotions that I'm sometimes scared to talk about myself. I think he voices the unvoiced, in a sense, and that's what I want to do as well. I hope I'm starting to do that with "Everybody's Lost." I'm also a sucker for Halsey's voice.

SH: What are your top self-care tips for living and thriving in pandemic times?