In the past 10 years, creator Andrea Russett has become an absolute powerhouse in social media, racking up more than 16 million fans across platforms and delighting viewers with her charm, humor and relatability.

Authenticity has also been a critical part of Andrea's brand as she's opened up and been honest about some of the struggles that come along with being such a public figure. That frankness is also an essential element of her next big venture into the music world.

Andrea released her debut single, "Darkest Hour," today, showcasing her vocal talents as well as her incredible depth as a songwriter. It's delicate and powerful all at once, and is a very strong first step into a new part of her career that's sure to enchant devotees and new fans alike. 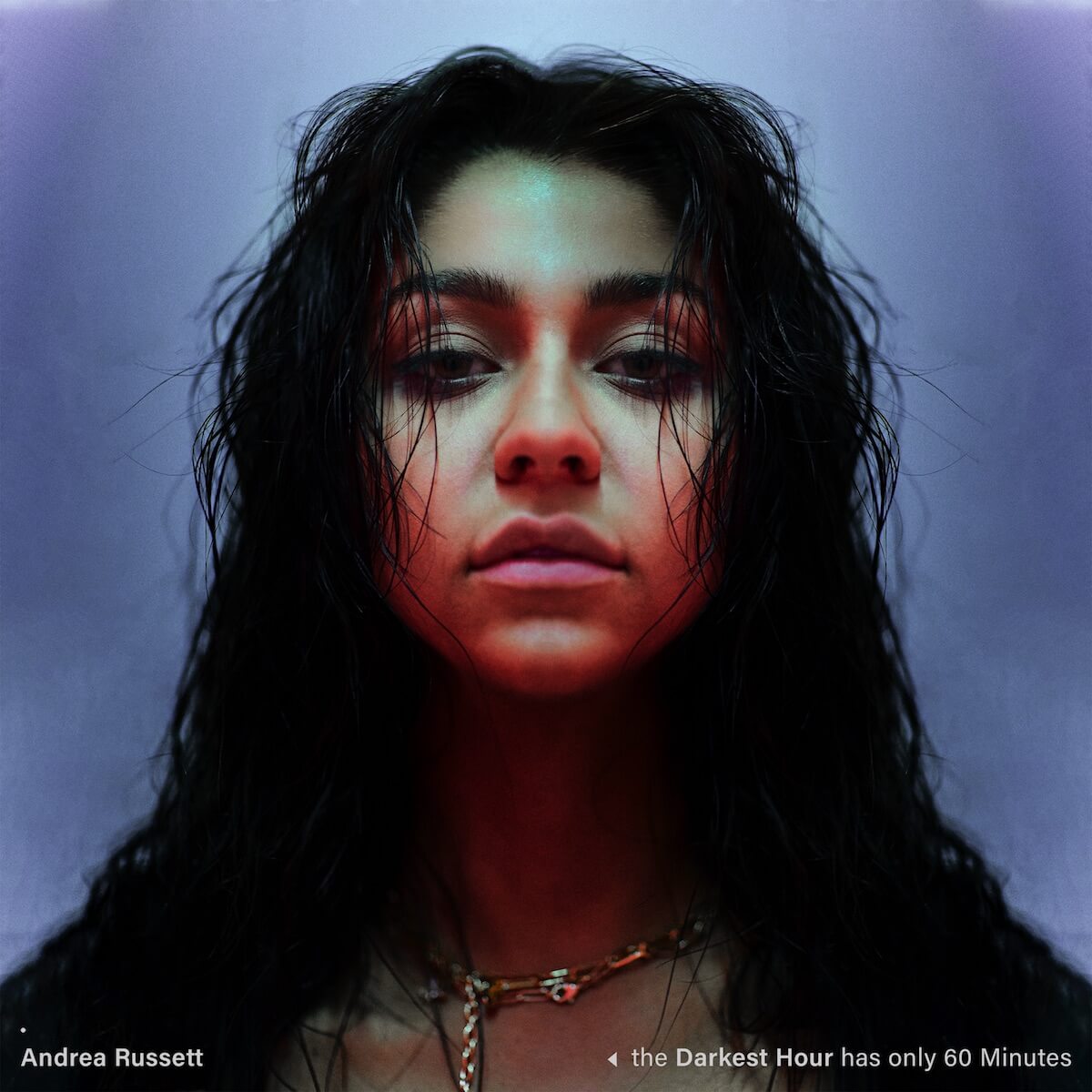 We even got the chance to ask Andrea about how this bold new track came to be. Keep reading to discover everything she told us.

Sweety High: What was the process of writing "Darkest Hour"?

Andrea Russett: "Darkest Hour" was actually the second song I ever wrote! I was still so new to the songwriting world and still trying to figure it all out and I think that's what made "Darkest Hour" come so naturally. I quite literally just let it all flow out with zero expectations. I think that gives the song such an honesty to it.

AR: This song was inspired by my own struggles with depression and addiction. When I wrote this song, I was in a dark place but had just met someone new that I really liked. I was struggling with wanting to be able to lean on them but fearing that it would scare them away.

SH: What do you think are the most important aspects of healing from the difficulties you mention in the song?

AR: Through this song, I've really been able to look in the mirror and be okay with seeing struggles that still need some time to heal. I've learned that not everything can be fixed overnight. However, as long I'm actively trying my best to better myself, I have not failed.

SH: What inspired this transition to music? Does it feel like a big change from what you've been doing the past as a content creator?

AR: Deep down, I've always wanted so badly to be creating music, but truthfully, I was just afraid. I didn't think I could do it, and I let fear hold me back. But I told myself over the last year that I was going to force myself to step out of my comfort zone and pursue my passions, and if I failed, fine. But at least I tried! It's definitely a big change from what I was so used to and so comfortable doing, but it's an exciting challenge that I think I really needed in my life. It feels right.

SH: How has the pandemic changed the way you create, if at all? Has it been a challenge?

AR: At first, the pandemic really got to me, and put me into a very dark headspace. But once I really made the decision to take control back of my own life, I started to see quarantine as a blessing in disguise, weirdly. It really forced me to sit with myself and focus on being creative and working on bettering myself rather than going out and distracting myself from my struggles.

AR: Sasha Sloan and FLETCHER have been my absolute favorites recently! They've both been putting out such incredible music lately.

SH: What new part of yourself do you hope to share by branching into music?

AR: I hope to share a side of myself that's a lot deeper and more creative than I think people know! I really love writing and playing with words and I don't think I've ever really gotten to show that publicly and so I'm excited to share that with the world.

SH: What advice do you have for your fans who, like you, have grown up very much online?

AR: The biggest piece of advice I can ever give to kids growing up online is to remember that social media is not real life. I try really hard to post the good and the bad to remind people that it is not realistic to have a flawless, perfect day every single day. We have bad days, and that is okay. We have to remember to allow ourselves to have those bad days and move past them, rather than beating ourselves up for it.