We love a good TikTok success story, and Andrew Jannakos's happens to be one of our favorites.

The Georgia native country star went viral last year after teasing the song "Gone Too Soon," which went on to propel him to the No. 1 spot on Billboard's Emerging Artist Chart and a place in the hearts of country fans all over. Today, June 4, he released a new EP, named after the song that made him a star, and we had the opportunity to ask him about all six songs, what they mean to him and how they came to be. 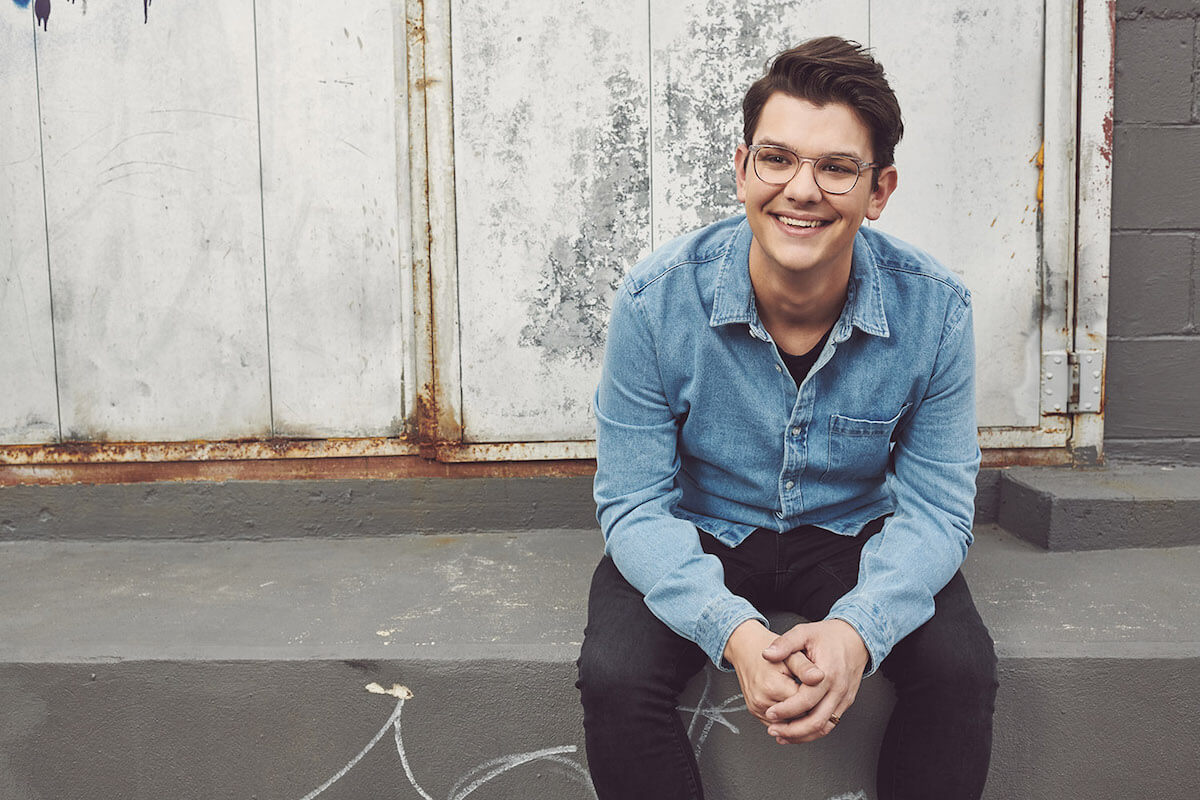 Andrew Jannakos: I wrote this song with Jason Afable and Josh Bricker. We walked into the room and Jason pressed play on a track and said, "What do you guys think of this?" We already had decided on the hook, "gone too soon," and were talking about things that are gone too soon that we could run with. And then Josh started singing, "Every night at 12 o'clock," and we immediately were like, "Yep, that's what we're going to go with."

This song means everything to me. It's the song that got me to where I am today.

Favorite lyric: Honestly, it's probably "gone too soon" because it sums up what the song is about, which is not having enough time with the person you love.

AJ:  This was one of my first co-writes with writers in Nashville—it was with Chris La Corte and Justin Wilson. I had this idea of the hook "when the whiskey runs out." In my head I was thinking, "girl why do you always come around when the whiskey runs out." Chris started playing a track and then Justin goes, "What do you think of, 'Why, why, why, why, why do you always'?" I was like, "There it is, there's our chorus. We already have a song." And it really happened that quickly.

This song means a lot to me. It was my first Nashville co-write and we got a great song out of it. Not a lot of people can say that they came out of their first Nashville write with a song that everyone on the team was excited about. It was a pretty cool experience.

Favorite lyric: It would probably have to be "when the whiskey runs out" because it's the hook that I brought to the write. I was really excited about it and we were able to make a great song out of it.

AJ: When we wrote this song, Alex Pennington Smith and I were staying in an Airbnb in East Nashville. Kyle Clark came over and we had the whole living room rearranged and set up to look like a little studio. I remember going, "I want to write a ballad today, boys. We're going to get a good ballad." Whenever I write a ballad, I always like to write them in drop D. I remember strumming up one time from bottom to top and I sang, "Yesterday…" It kinda reminded me of the start of a Luke Combs or Kane Brown song. One of the guys went, "You woke up, head on my chest, smile on your face." And then we found the direction we were going and ran with it.

This song means a lot to me. It's actually one of my favorites on the EP. And I think one of the reasons is because I wrote it with Alex Pennington Smith and Kyle Clark. Those are just two of my boys. Alex wrote "Wine Country" with me and other songs that aren't out yet, and Kyle has written several songs with me as well like "Somebody Loves You" and "Like Yesterday." We're just three guys that are good buddies that love to write music and just appreciate good music. Whenever we get into a room together we somehow write something really cool. We hit the nail on the head with what I wanted to do that day. I've been obsessed with that song since we wrote it.

Favorite lyric: "It all feels like yesterday and a lifetime ago." I just think it speaks such volumes. We lost my papa this past year to cancer. It kinda came up out of nowhere and took him real quick. He passed a week or two before his and my yiayia's 65th anniversary. That's who I thought about when I was writing this song. To have a love so strong that it feels like yesterday, like it's brand new, but you've been together for 65 years. That type of love is incredible and to know that people can have that type of love is even better.

AJ: We already knew what we wanted to write about for this one going into the write and we already had the hook "somebody loves ya." We were thinking, okay, this is going to be about a person talking to another person who has no idea that they have feelings for them. Like those two friends in a friend group that both have feelings for each other but neither of them actually know it. They've watched each other go through things and crappy relationships and they're thinking, "I'm literally right in front of your face!"

This one was written a day after "Gone Too Soon" so it's been around for a while, and I'm excited to finally share it with everyone. I love the message—to stay positive when you're getting down on yourself and always remember that somebody loves you.

Favorite lyric: "Someone to hold you, keep you, and treat you just the way you like," because every single person in the world should be able to feel the type of love that they want to feel.

AJ: I had this idea of "we've always loved" for a while and I didn't know who I was going to write it with. I found out one day that I was going to write with Jason Duke and I knew he was an incredible piano and keyboard player, and I was like what better way to get a ballad than just keys. So I had him just play keys, and I told him what I was envisioning. I had this idea that I wanted to write for my wife, Katie, and it kind of naturally came to life.

This is probably the most meaningful song to me that I've written so far. It speaks the truth of my relationship. My wife and I aren't perfect, but at the end of the day when we go to bed, we've always loved. We go to bed positively and we wake up positively. That's one thing my dad always told me is never go to bed angry, and I live by that.

Favorite lyric: All of them—I just love the whole song. Almost every line in the song is about Katie and me and things that happen in our relationship daily. I don't have another song like that yet so it's really special to me.

AJ: This song was written at the second writers' retreat I went to, about six months after the retreat where "Gone Too Soon" was written. It was the last day, and I was sitting in the living room of the cabin with Jason Afable, Eric Mallon and Alex Pennington Smith. We were all like, "We're not gonna write today, lets just chill, let's go fishing"—and then five minutes later we all had guitars in our hands. Someone said something about going on down to wine country, and we all just looked at each other and said, "That's our hook." We started thinking about what "wine country" is and how to describe it. You throw on some wine country and it takes you to a different place, and that's what we were going for that day.

This one also means a lot. It was another one written with some of my really good buddies. I'm super proud of all of them. We've all grown so much as friends and songwriters and musicians in the past year and a half that we've known each other. It's really cool to be able to have that connection. Not only that, but I teased this one right after "Gone Too Soon" on TikTok. I didn't even mean to post it but it went baby viral, although it was kinda tucked behind the "Gone Too Soon" post.

Favorite lyric: "Drop a needle on some Conway Twitty / Pop a bottle get to barefoot sippin' all night." Just because it puts you in the case scenario of what wine country is. I also love this lyric because one of the only records that I used to have was a Conway Twitty record.