Everyone who plays the game has a favorite Animal Crossing: New Horizons villager.

Of course, with 397 possible animal villagers as your neighbors, each with their own hilarious personalities and unique looks, those faves are going to differ widely from person to person. Still, we've found that certain charming characters have skyrocketed in popularity.

Which critters are people raving about most? Keep scrolling for our definitive ranking of Animal Crossing's most popular villagers.

While a number of New Horizons'  best-loved characters are popular because they're clever or refined, Bob is the absolute opposite—and that's exactly what makes him so great. He's laidback and doesn't care what anyone thinks of him, which is why he's unafraid of being so weird. He may not be on the very top tier, but every odd thing he does is also incredibly memorable, earning Bob a space in our hearts. 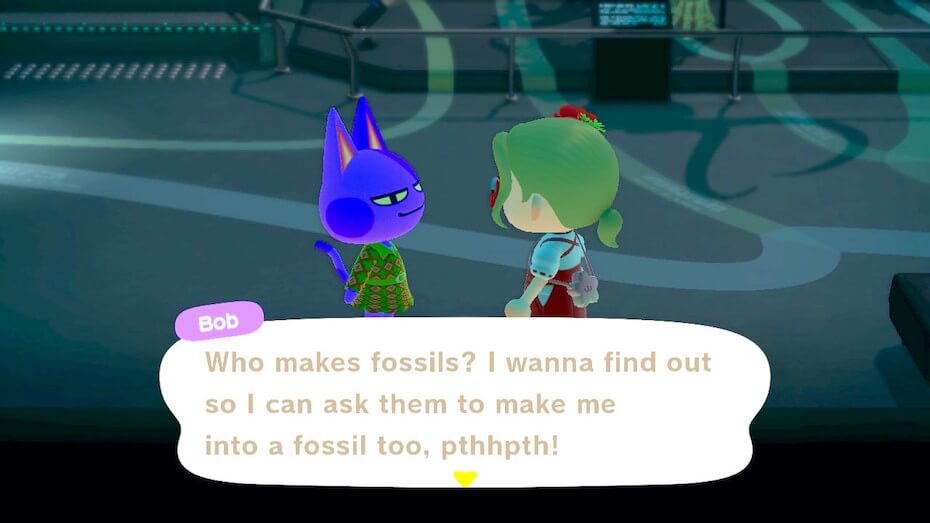 Stitches is a bit of a mystery in the world of Animal Crossing. Is he a literal stuffed animal come to life? Or just a bear cub cosplaying as a plushie? Either way, his bright colors and bold, brash statements are easy to love. He's a friend to just about everyone he meets, and we can easily see why so many people adore him. 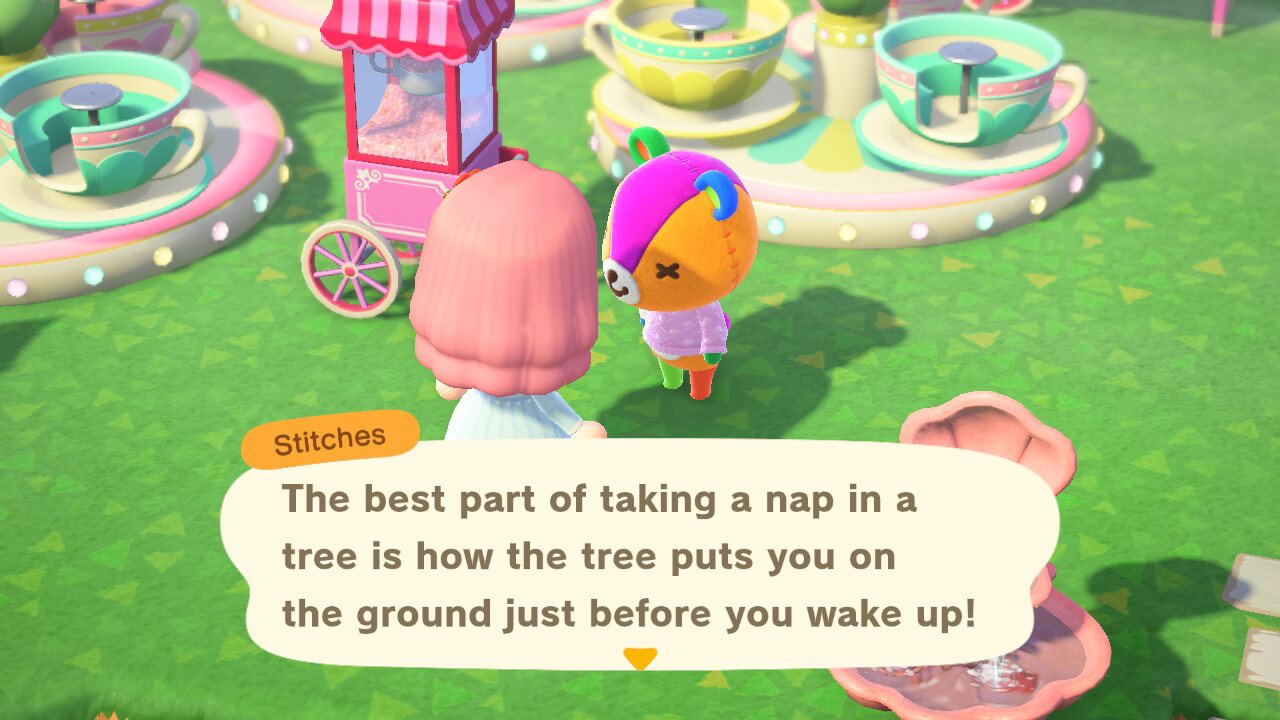 Beau is just plain sweet. This little antelope's kindness (on top of his simple, cute design complete with a wooly sweater) makes him incredibly easy to befriend. Even when he starts ranting about the bug pals that live in the walls of his home, it's hard to be too weirded out by him. It's difficult not to get along with Beau. 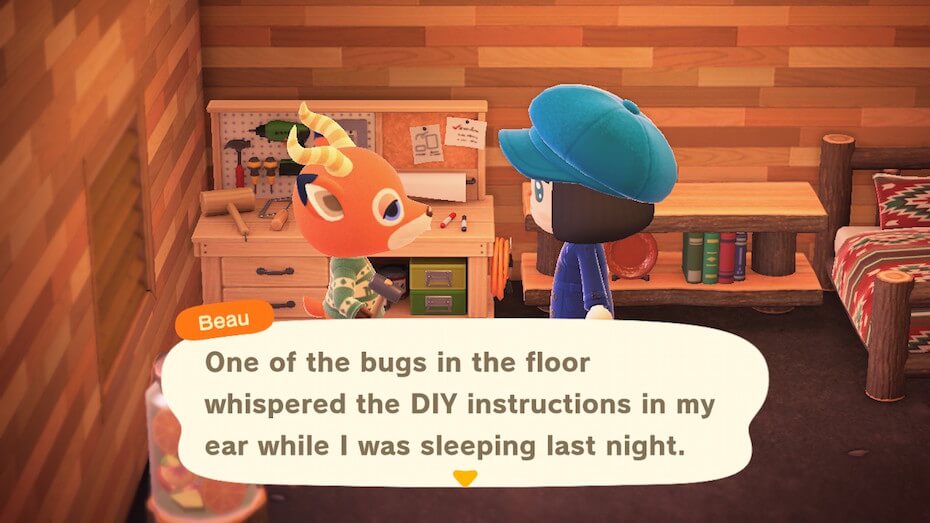 Rosie is bright, energetic and in-your-face, and while her demeanor might be a little much if she were a real person, her presence is always welcome when we're playing Animal Crossing. Whether she's singing silly songs or talking about her dreams of becoming a movie star, she's always got a positive attitude, and it's totally infectious. 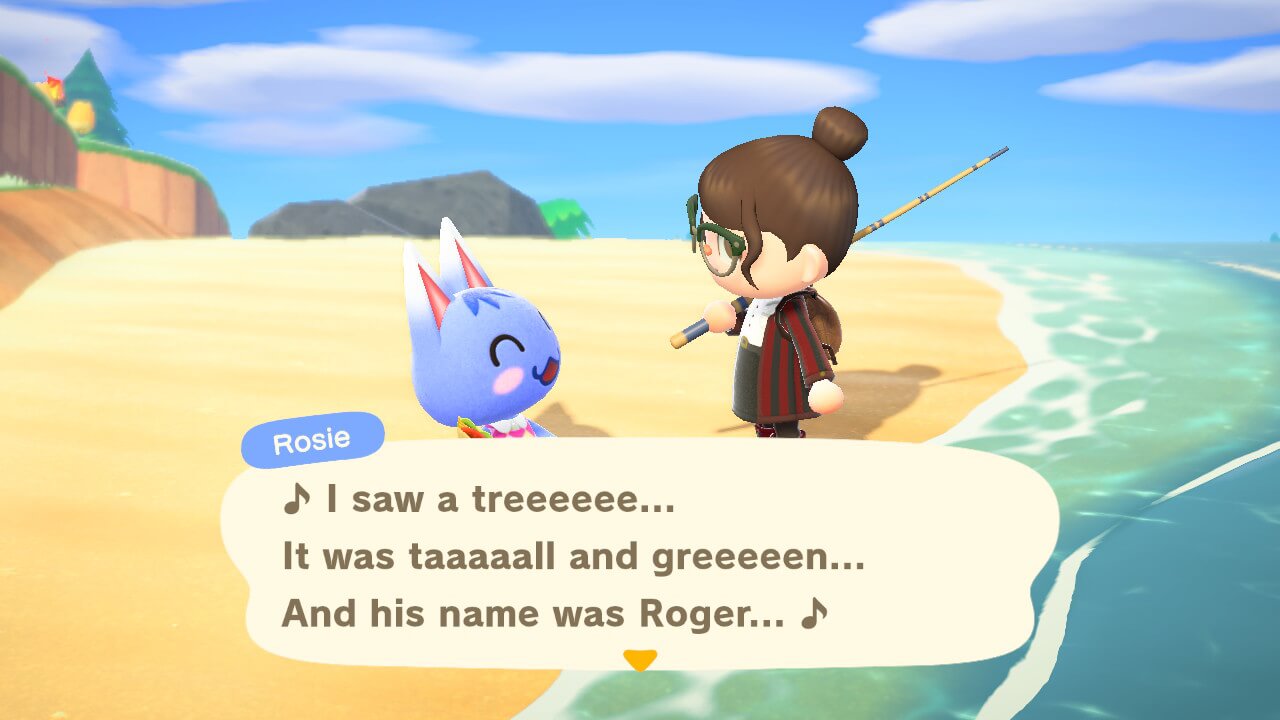 Whitney is one of those villagers who's great because she thinks she's better than you. At first, she might seem a little bit rude and talk down at you, but over time, she sheds that tough exterior, and that's when her real kindness shows through. She's earned her arrogance—and the fans know it. 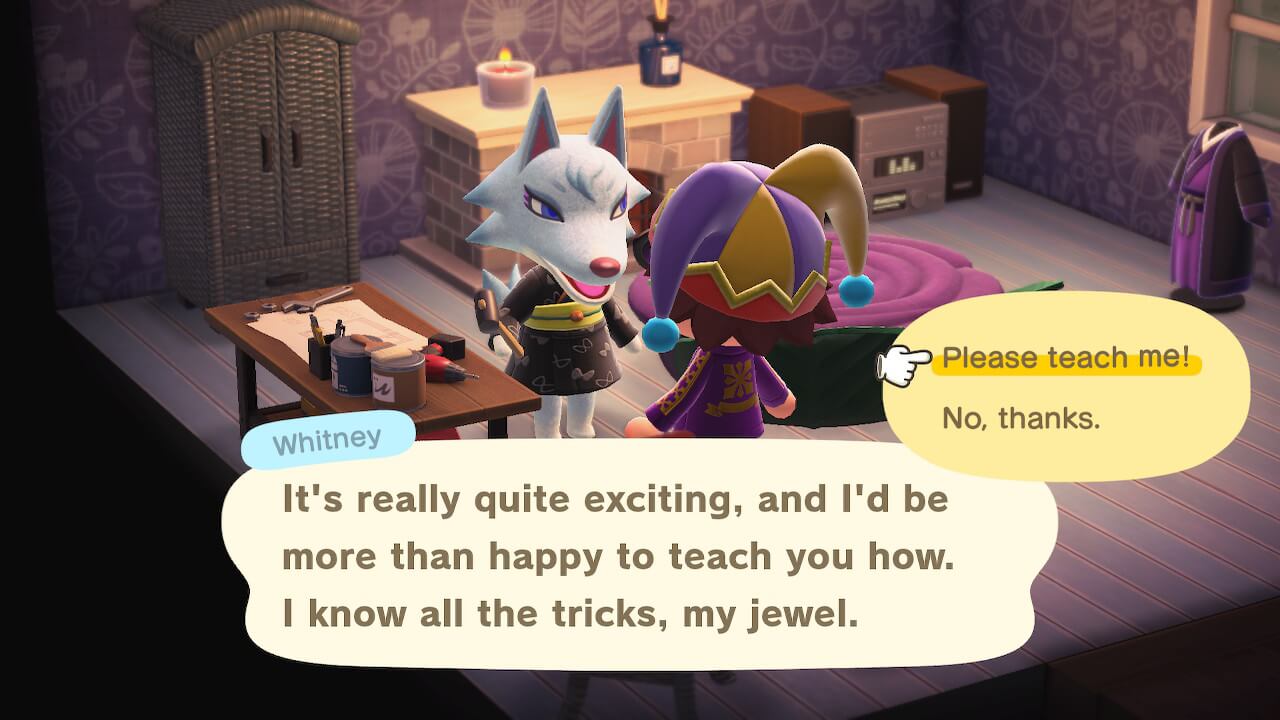 There's only one unicorn in the entire Animal Crossing universe, and he's rightfully made a name for himself as an extremely popular character. While he's cordial and gentlemanly, he's also incredibly smug about just how cool he thinks he is. Maybe we've been buying into all of that talk? 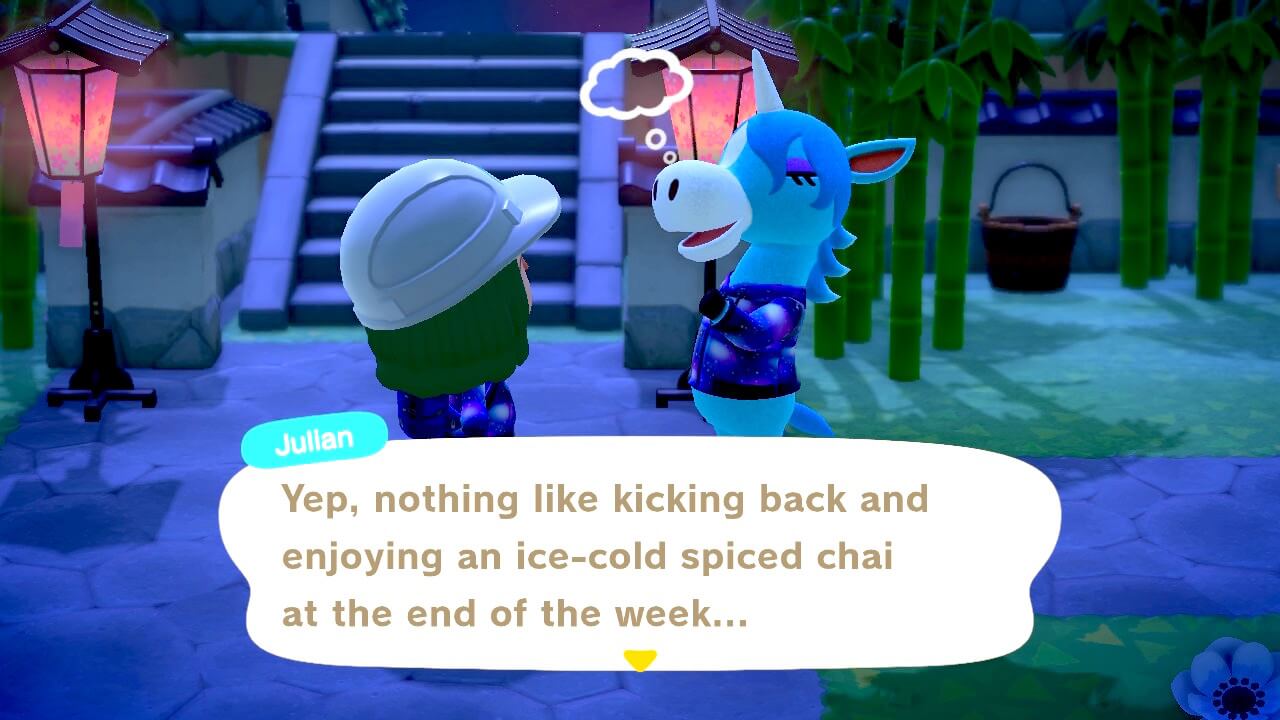 Maple's cuteness is pretty much irresistible. Her round bear cub design is simple but inviting, and she has a warm and generous personality that's all about kindness. When you're feeling down, Maple will never fail to bring up your spirits with a few gentle words. There's a big reason we all want her on our islands. 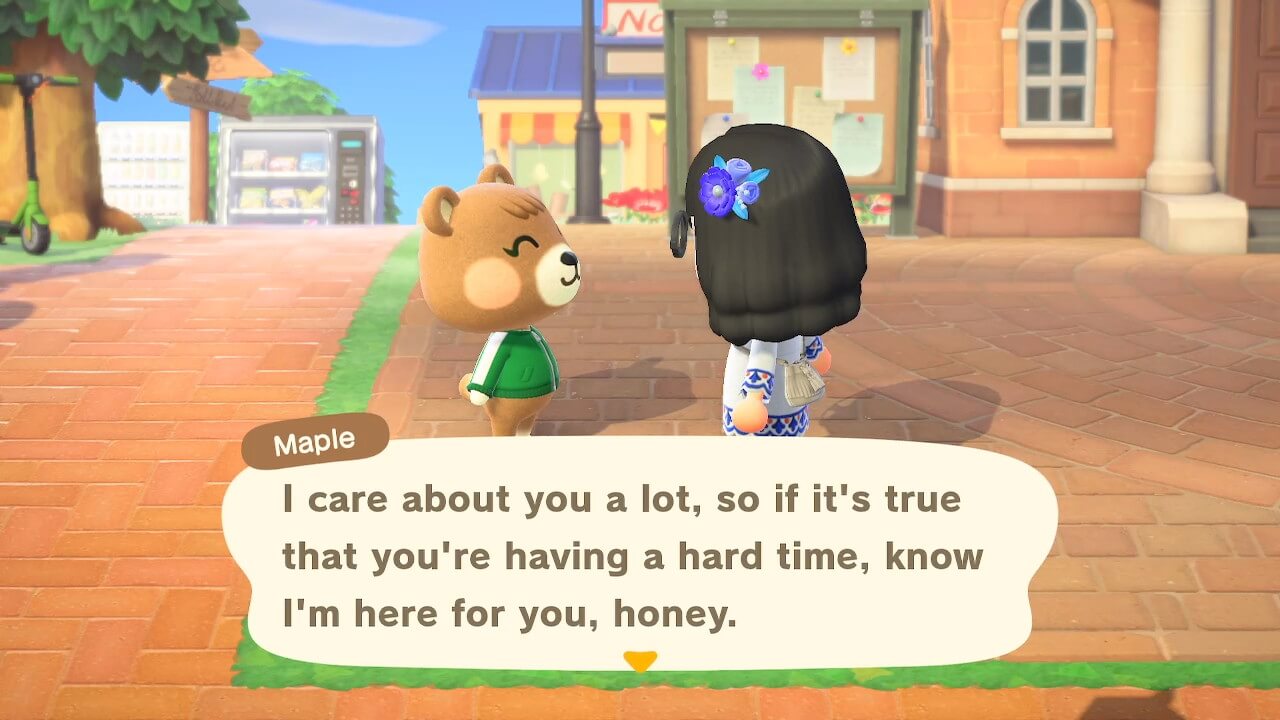 Rhinos aren't generally considered one of the cuter animal species in Animal Crossing, with Merengue being one glaring exception. Her head appears to be topped with whipped cream, and her horn even resembles a big pointy strawberry. It also helps her popularity that she's incredibly sweet—literally as well as figuratively. 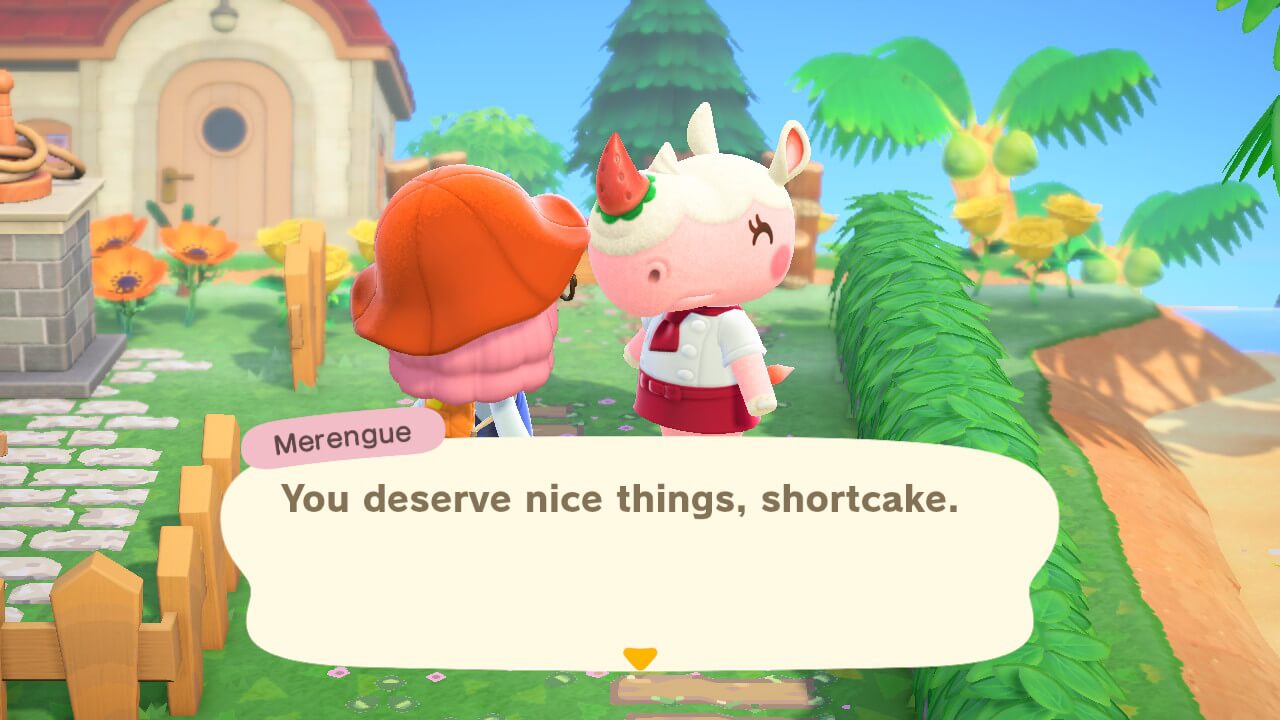 Diana is another adorable villager who gets away with being totally snooty. Her white and pink design is downright adorable, and when she talks about how popular and fashionable she is, we can't contradict her. In fact, she's a bit of an icon. Maybe we should start asking her for some style advice. 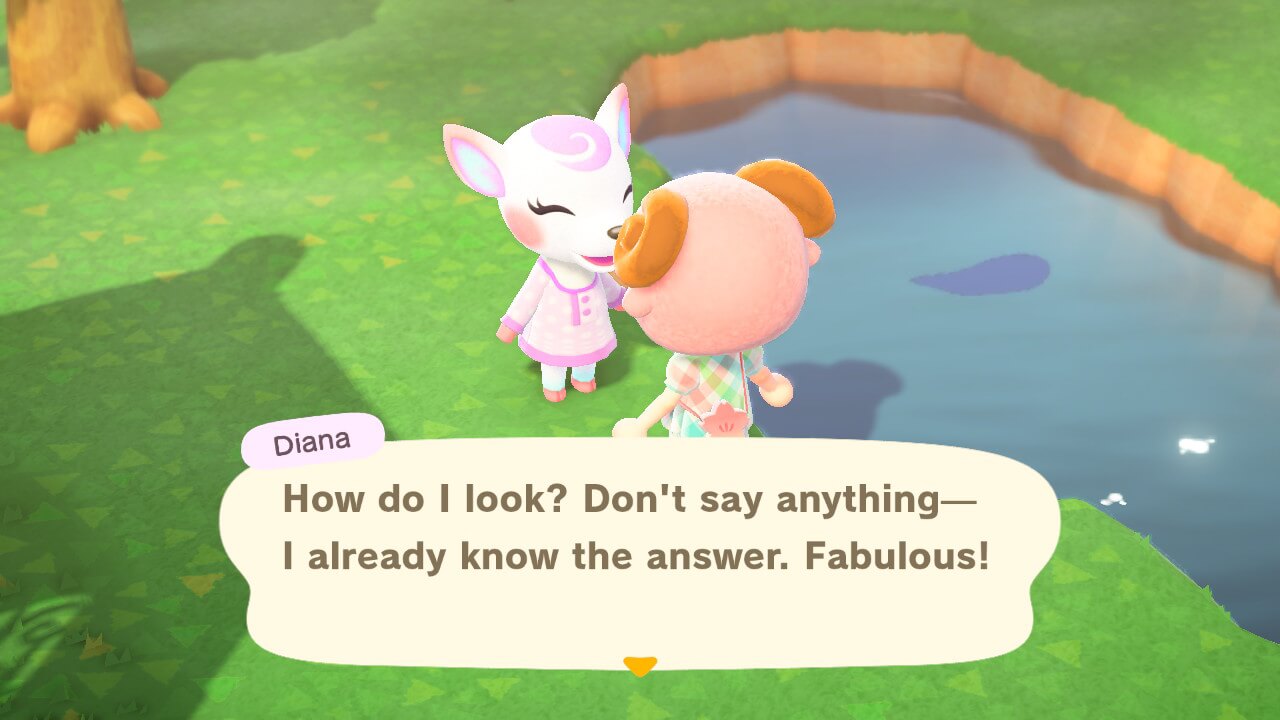 There may not be a lot to Lolly's design, but it all comes together to create one of the absolute cutest villagers in the entire game. Her smile is kind and genuine, and it pairs perfectly with her outgoing and ultra-friendly personality. Lolly really seems to care, and that's why we think so many people really care about Lolly. 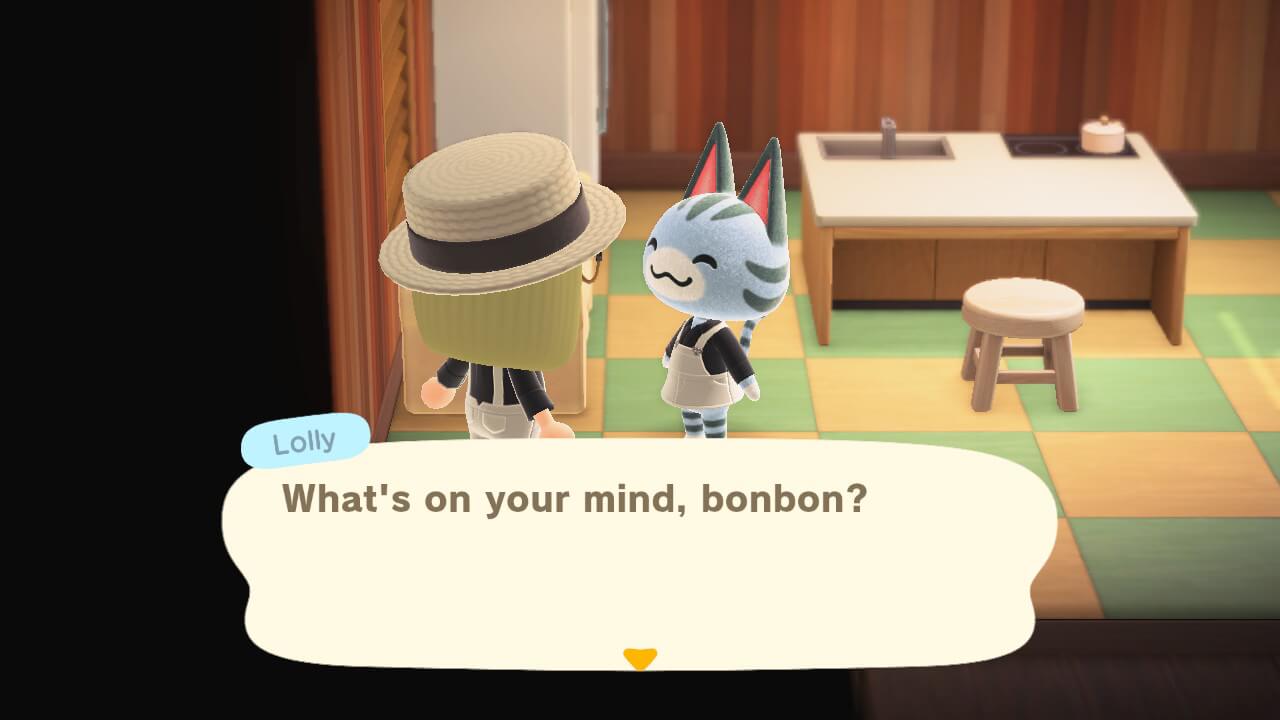 Marina is one of just three octopus characters in all of New Horizons, and while her rarity is one thing that makes her so coveted, her cute look and amiable personality are even more important to fans. Her signature pink sweater is indicative of her dreamy personality, and when she starts singing in the town square, hearts immediately melt. 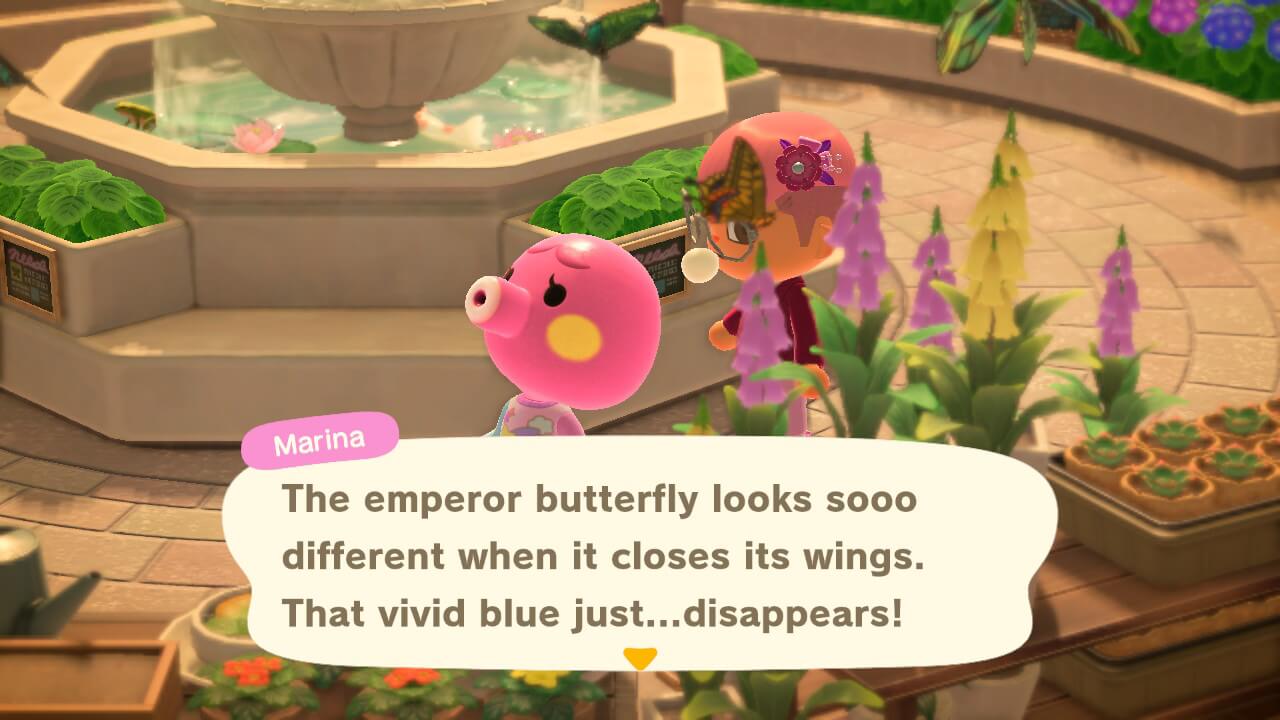 When it comes to being popular in the Animal Crossing world, being precious is absolutely key—and Fauna is one key example of this. With her cute eyes and blushed cheeks, paired with a sweet, bookworm-ish personality, she's been a fan favorite for years. We only see that love growing more with time. 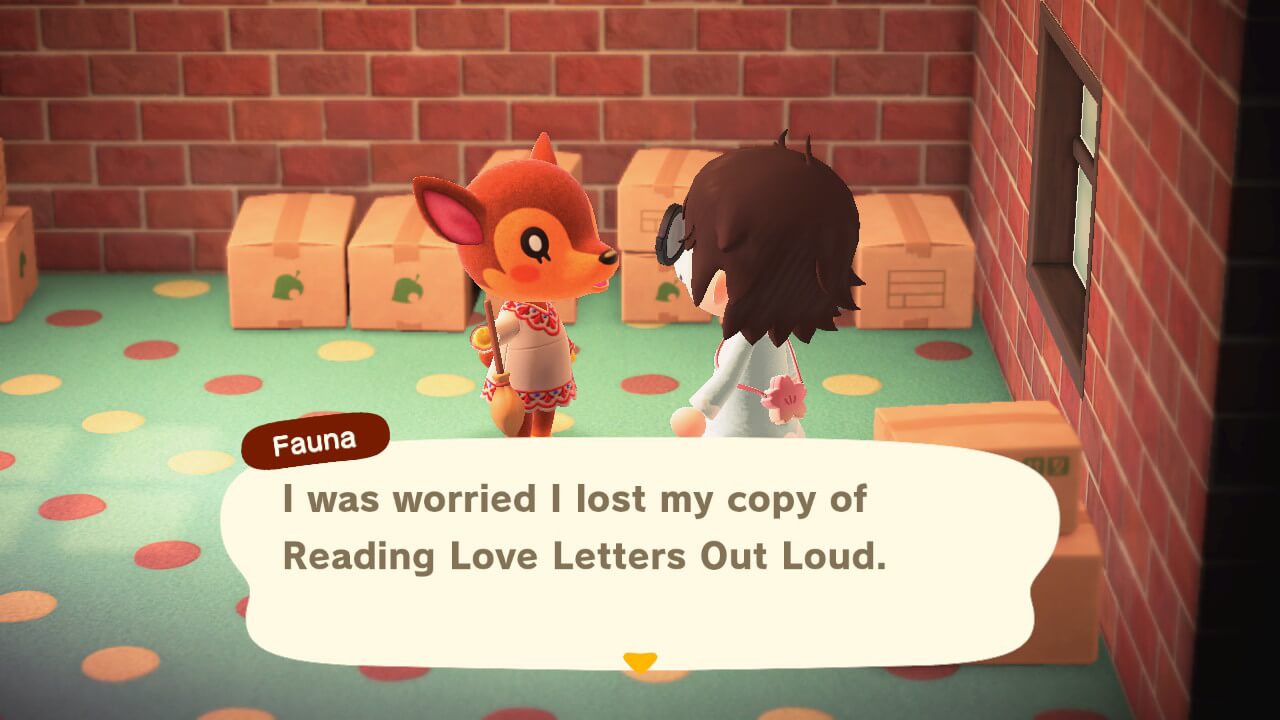 Sherb the goat really is one of the greatest of all time. He's friendly, funny and kind, with a love for long naps and lazing around that we can all aspire to. His cozy sense of style is also a huge inspiration as we all hunker down at home, which is why we think he's gained such traction as an ultra-popular AC character. 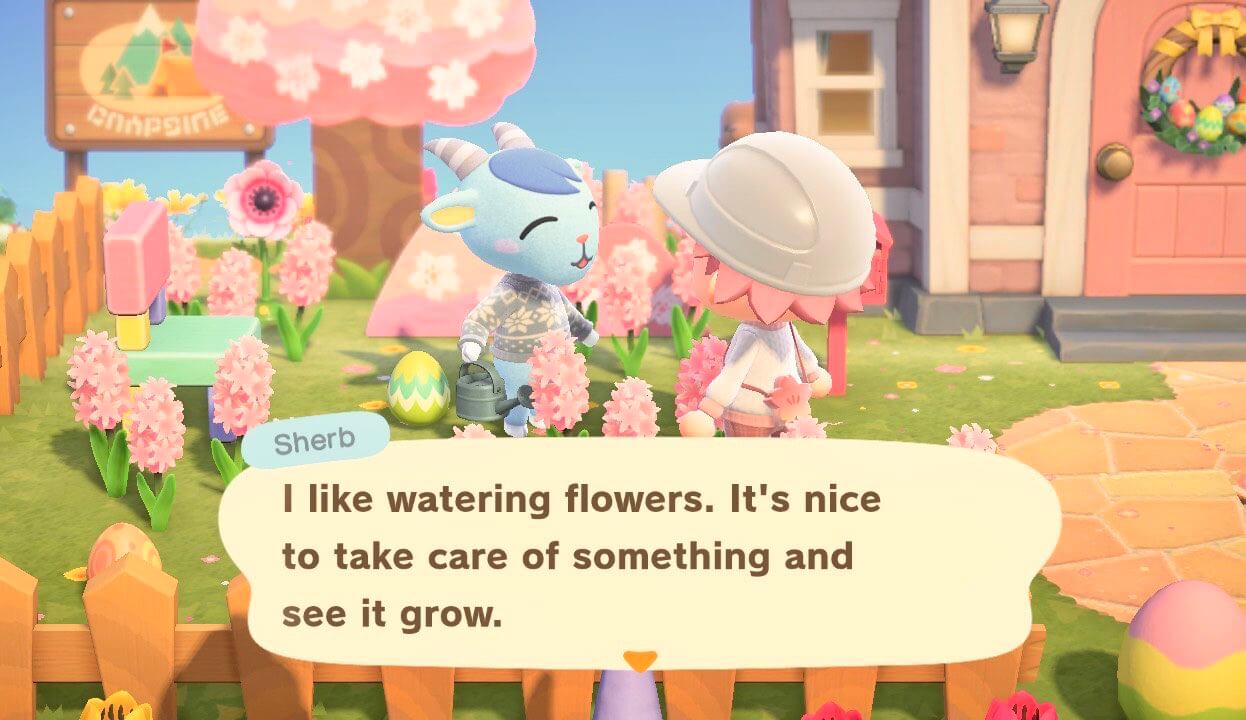 Also read about: 9 Ways to Get Rich Quick in Animal Crossing: New Horizons

Molly the duck is just pure cuteness. With her big head and tiny body, oversized eyes and blushing cheeks, she's the epitome of chibi, and she's always been one of our very favorite villagers. Her sweet looks also accentuate her generosity and make her kind actions seem even kinder. We're always happy to see Molly get so much love. 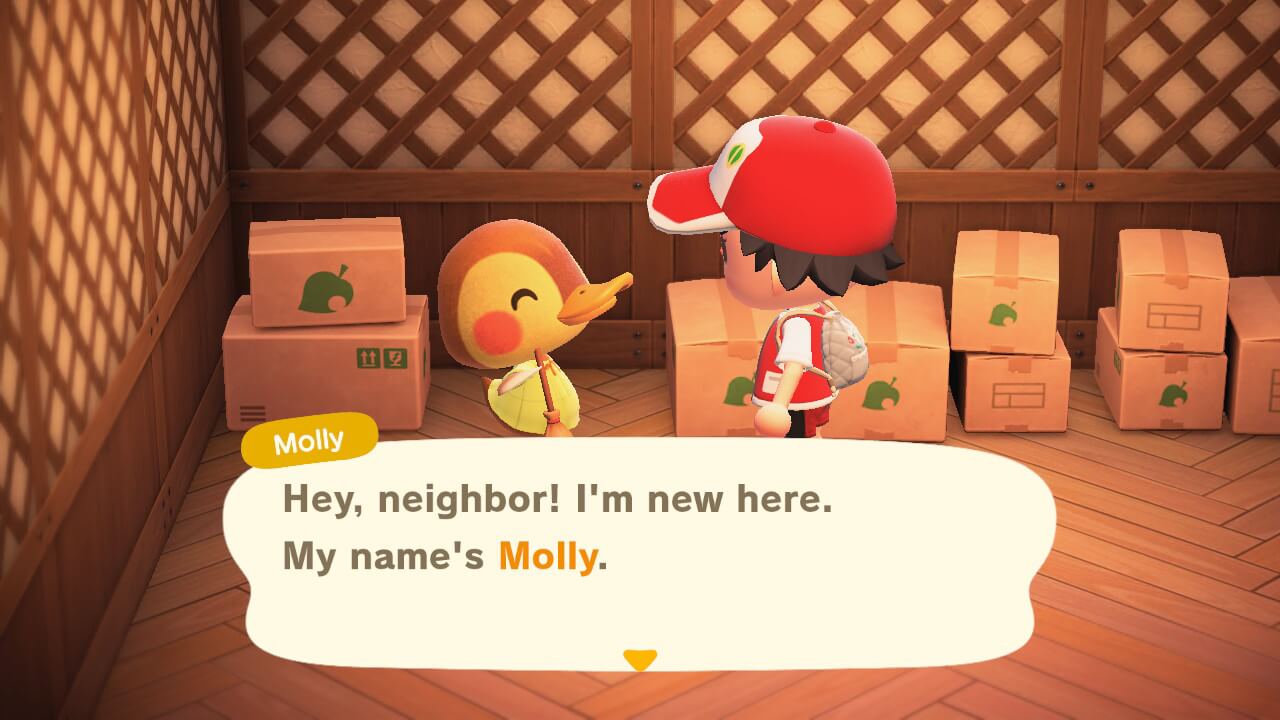 What is going on with Tangy? This cat villager appears to have an orange for a head, complete with a green leaf covering her forehead. The world may never know Tangy's true origins, but what we do know is that she's loved by many. Her effervescent, rambunctious personality matches her name, and we think her mystery adds to her fabulous appeal (no pun intended). 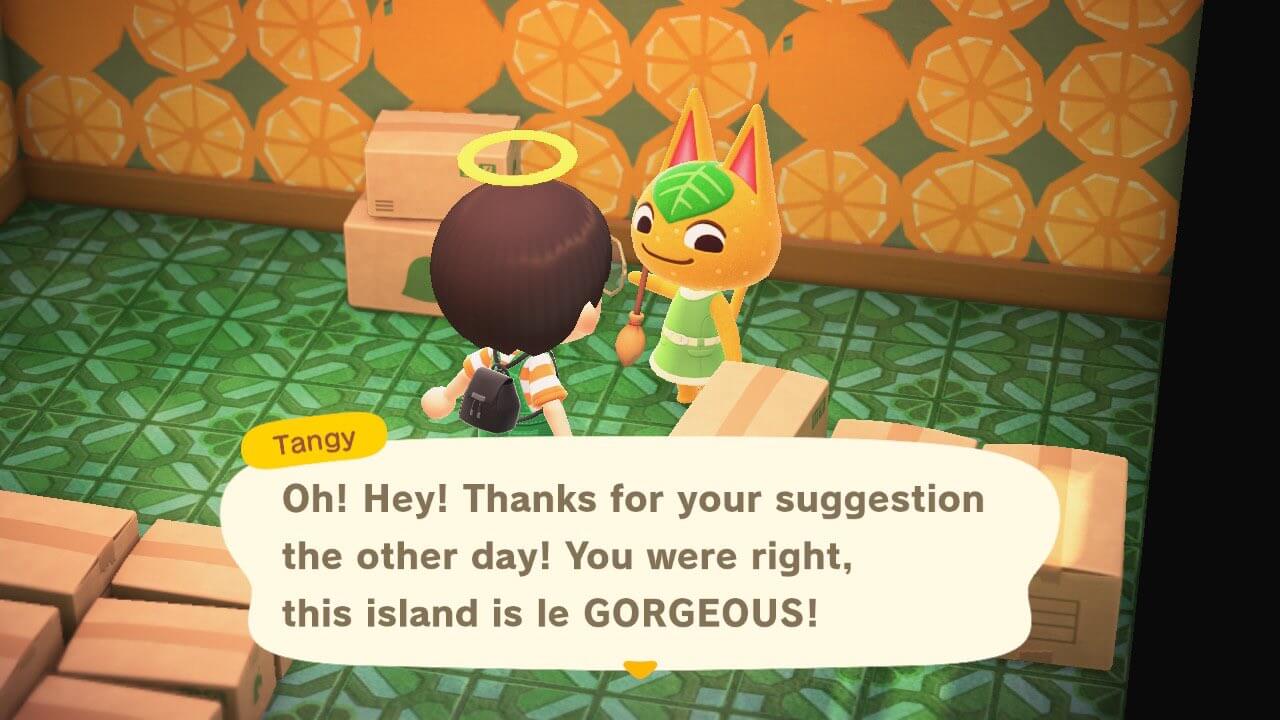 Legend has it that Audie is named after an 88-year-old grandmother who racked up more than 3,500 hours in Animal Crossing: New Leaf on the Nintendo 3DS. That's enough to make Audie an instant favorite, but this stylish wolf also has a wild, instantly captivating personality that makes us all love her even more. She's new to Animal Crossing, but fans immediately fell in love. 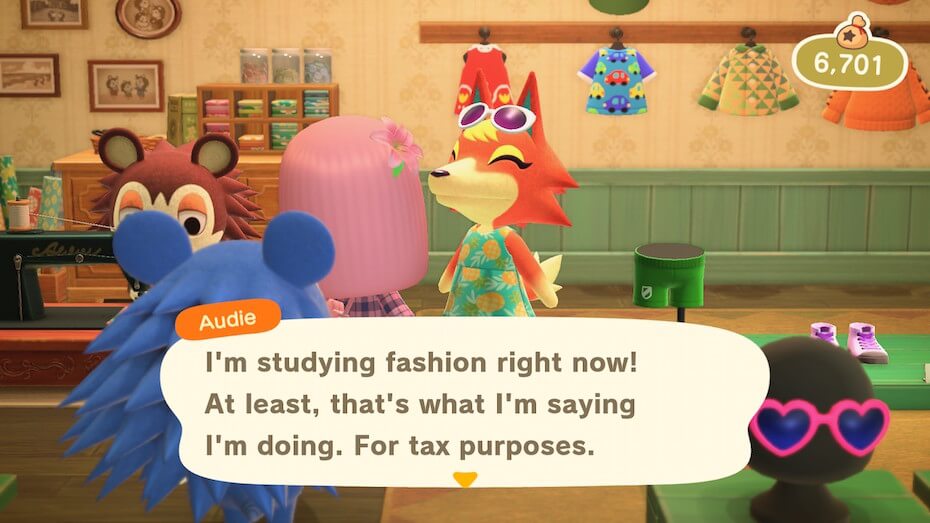 Roald may appear unassuming at first glance, but he's become one of the most meme-able characters in all of Animal Crossing history. We don't know if it's his round figure, his big zoned-out eyes or his jock personality that make him so hilarious in any context, but the more we see of Roald, the more we love him—and we see him constantly. Plus, we think he looks pretty dapper in a suit jacket. 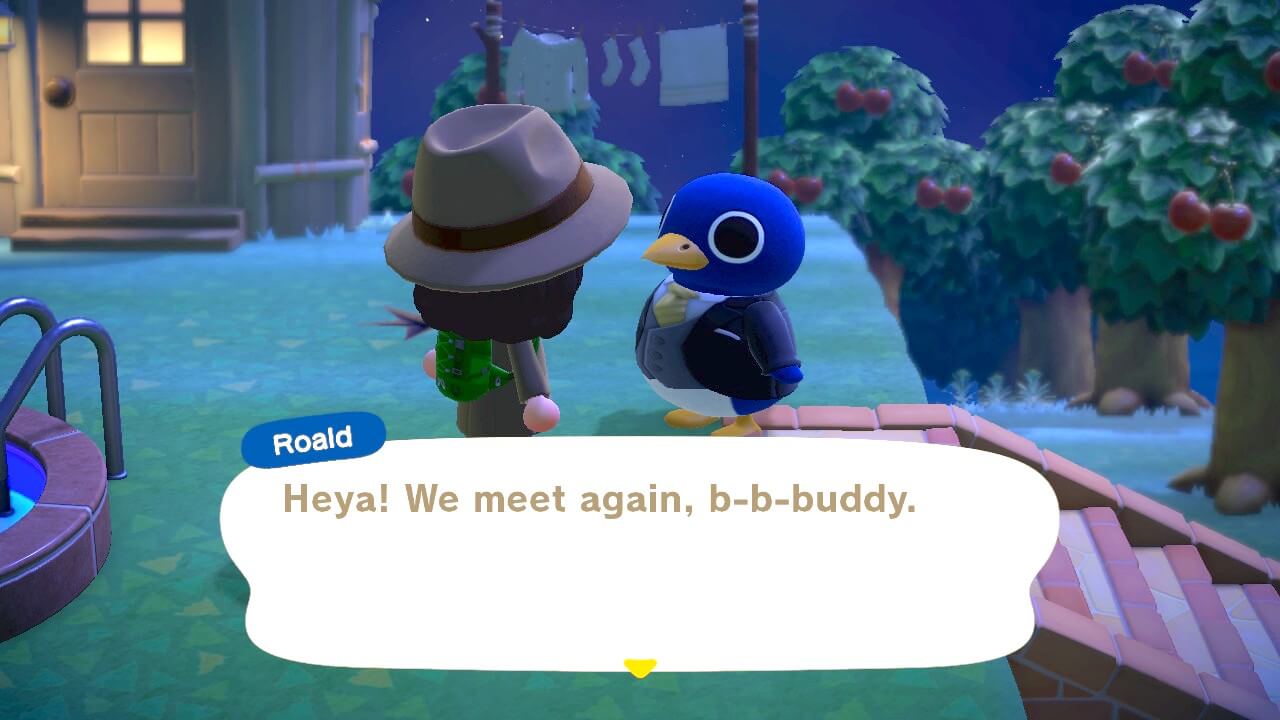 Where do we even start with Dom? He's one of the latest additions to the Animal Crossing family, and his design goes all-out when it comes to unique and varied expressions. Dom often looks like he's just milliseconds away from bursting into tears, and every face he makes is worth a thousand words, making him a fast favorite. And against all odds, he also happens to have a jock personality.

Previous to New Horizons, we'd probably say that Marshall was the most popular of all Animal Crossing characters. His constant frown, as well as his smug personality, make him appear cool and detached, despite his cute design with a giant head and flushed cheeks. Together, we think those traits make people feel eager to befriend him. After all, who doesn't like having a cute, cool friend who resembles a marshmallow? 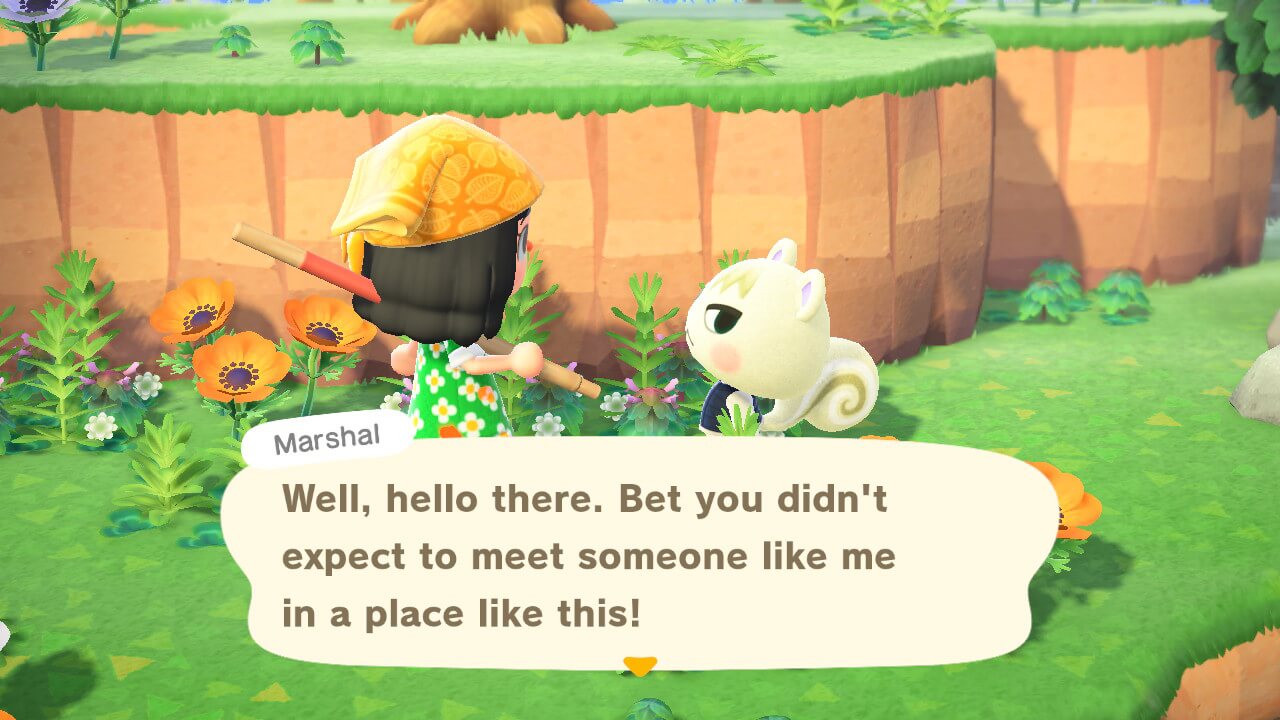 Sorry, Marshall, but we believe that Raymond has dethroned you as the most popular character in all of the Animal Crossing kingdom. With his differently colored eyes, business attire and thick-rimmed glasses, he appears quite intelligent and serious, even if speaking to him reveals he's kind of silly and pretentious. Somehow, that seems to make people love him even more. We've seen folks try to make big money off of trading Raymond around—and it seems that some people are willing to pay. We wouldn't go that far, but that doesn't mean we don't see why he's No. 1 for so many people. 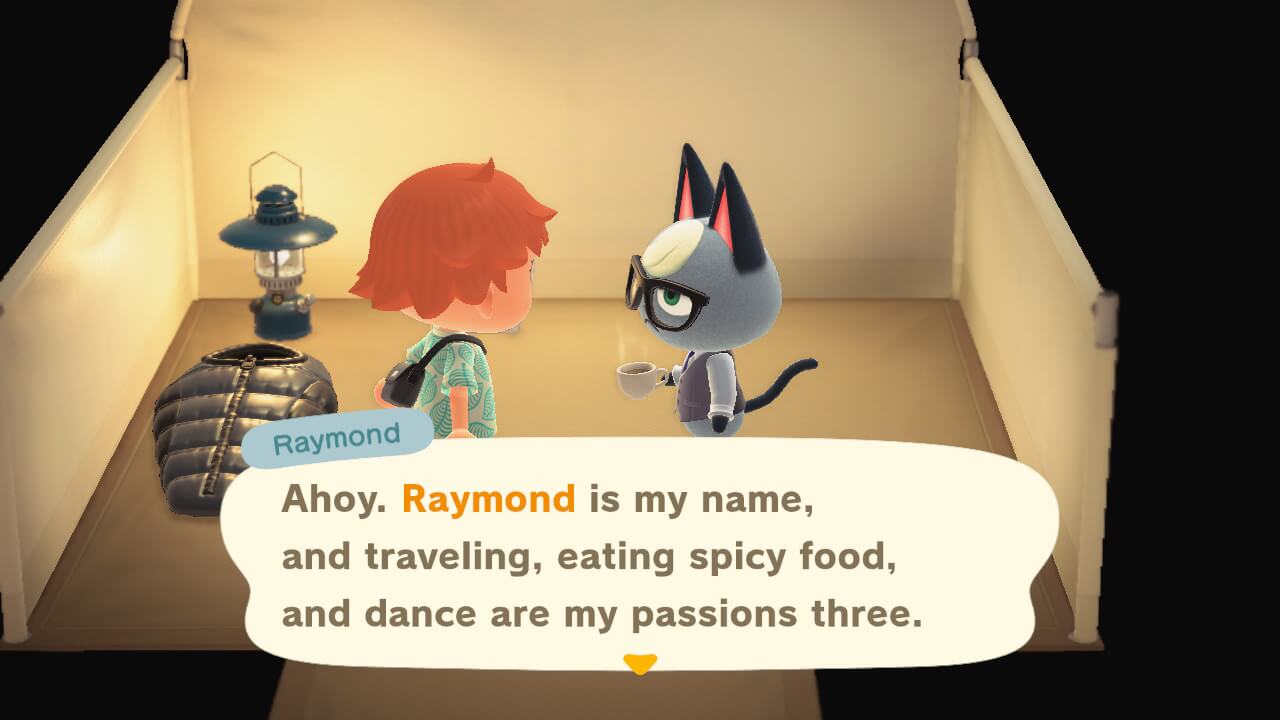 Want to know where you'd fit in? Click HERE to find out the Animal Crossing personality that best fits your zodiac sign.