What You'll Love Most About the Animal Crossing: New Horizons Update, Based on Your Zodiac Sign

The long-awaited update to Animal Crossing: New Horizons finally arrived earlier this month, and it seriously has a little something to offer everyone.

While new neighbors, furniture, accessories and a bunch of other new goodies are all great additions, there's so much to the game that's rejuvenated it and given it new life, making it a daily must-play even for those who haven't picked up the game in months. Haven't downloaded the update yet? Find your zodiac sign below to find out the new feature you'll adore most.

As the active go-getters of the zodiac, Aries is all about the new farming options available in the game. The sign isn't afraid to get their hands dirty, especially when it only takes three days to see the (literal) fruits of their labor. Just get those seeds, plant them and make sure they're watered every day to grow wheat, sugarcane, tomatoes, carrots, potatoes and pumpkins and see that hard work pay off. 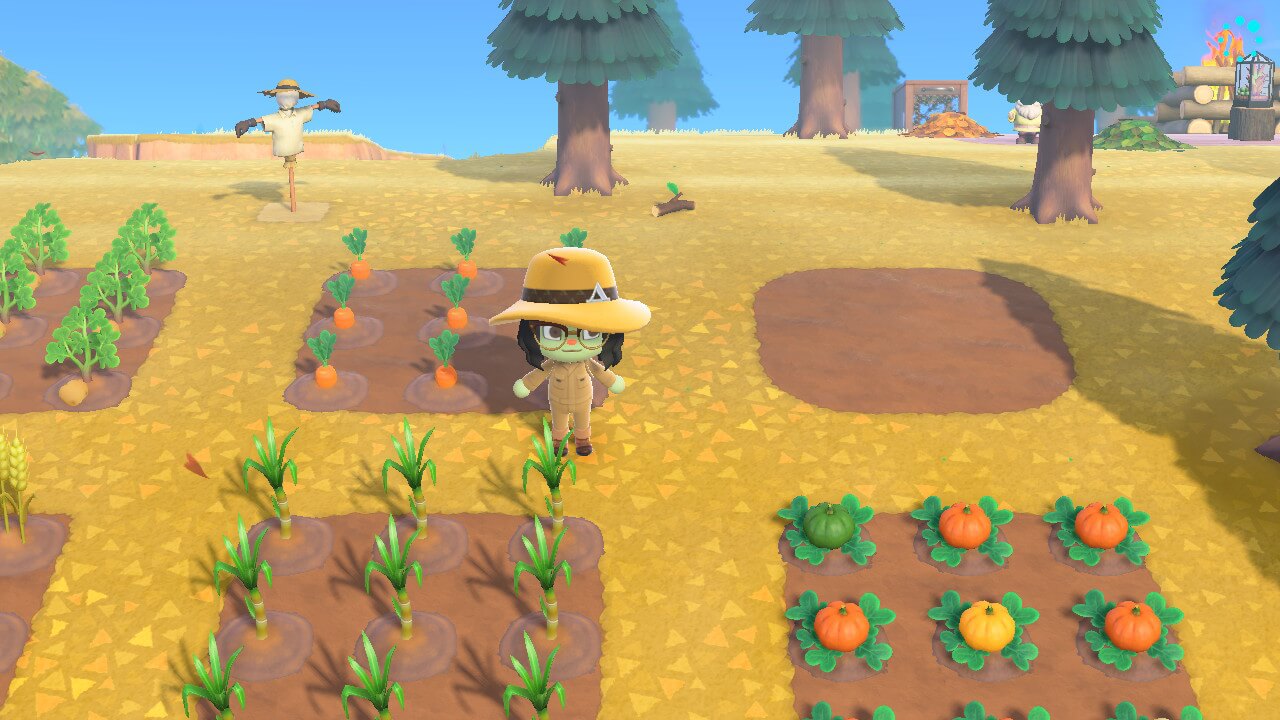 While Aries will be all about farming, Taurus will take it further by using those tasty veggies and more and putting them to good use in delicious recipes. The sign appreciates the finer things in life, including exquisite foods, and they'll love taking the ingredients they find fishing, farming and foraging and turning them into the most impressive dishes to wow neighbors. They may even decide they want to take the recipes to the next level and recreate them in real life! 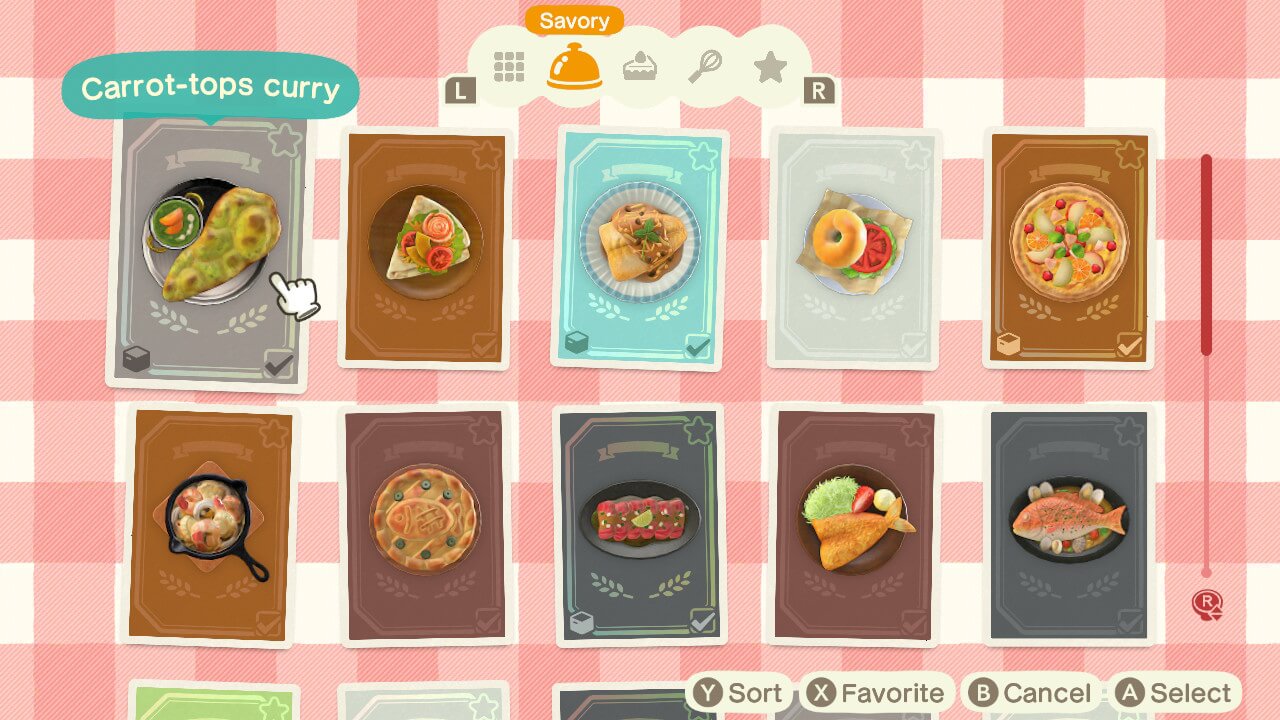 Gemini is the social butterfly of the zodiac, so it's no surprise that they'll love that the denizens of Animal Crossing: New Horizons just got friendlier than ever. With the update, your neighbors can knock on your front door out of the blue and invite themselves into your home for a tour. You can show them around, demonstrate your interior design skills and otherwise just chill with your favorite animal buddies. 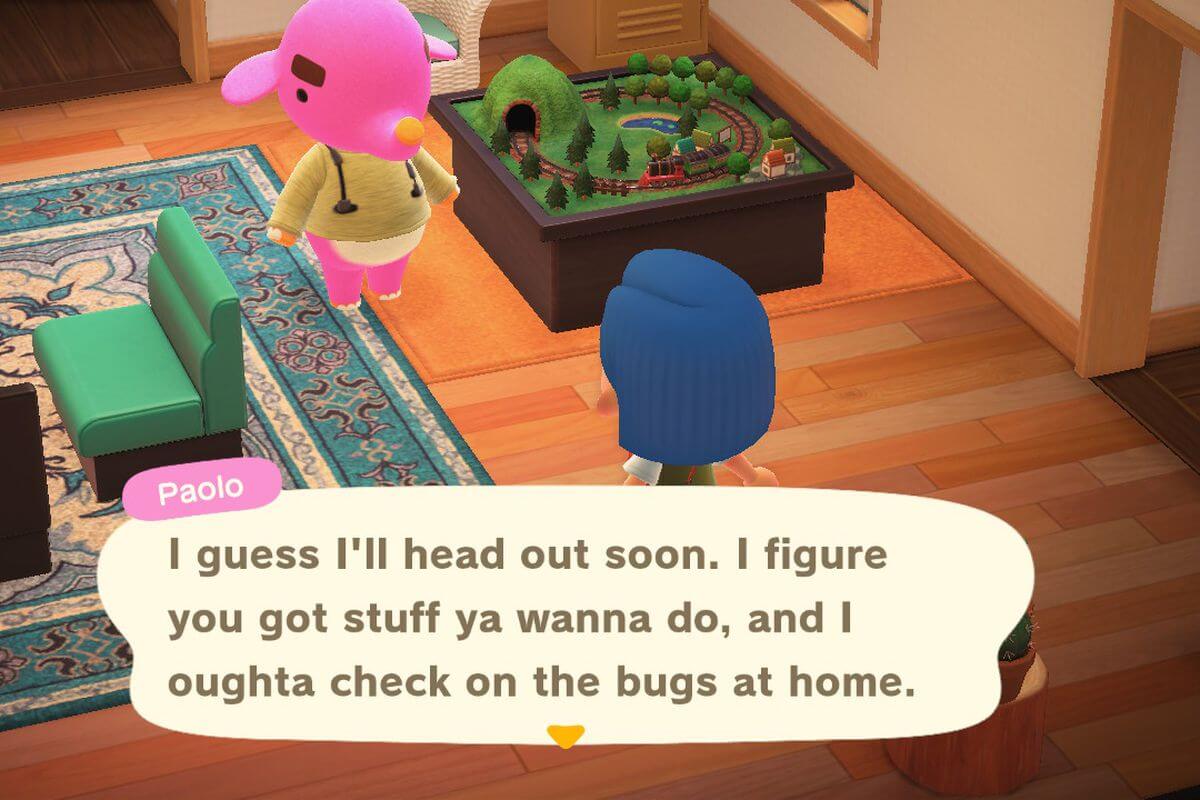 Cancer is known as being the zodiac's most sensitive sign, so they'll very much appreciate that Katrina, the fortune-telling panther, has newly been added to the game. Once you unlock her on Harv's Island, you can use her incredible divination skills to either learn about your luck and know what's coming up next for you, or to look into your friendships and see just how strong your bonds really are. If your relationship with a neighbor could be better, Katrina will even offer a prayer to improve the friendship. As a Cancer, you'll likely wish you could do the same in real life! 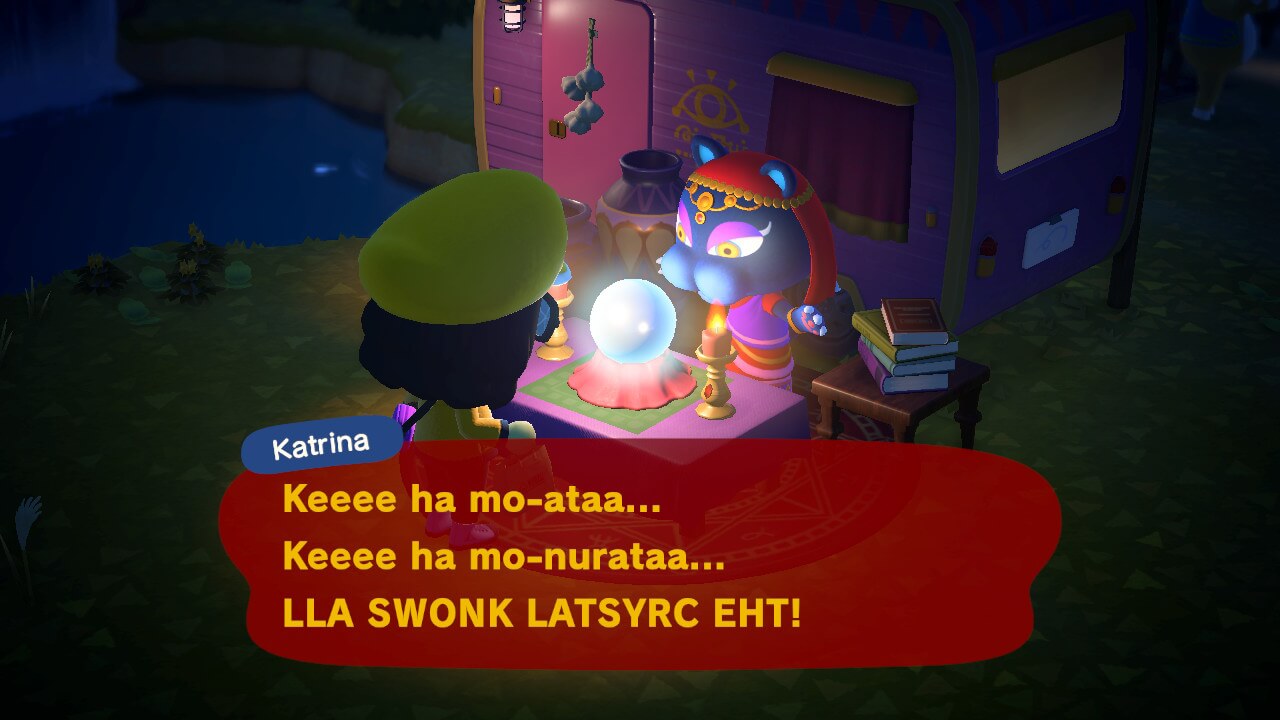 Leo has a reputation for being the biggest, boldest personality of the entire zodiac. They live their lives through a very specific, very focused lens, so it only makes sense that they'll love the fact that you can now enjoy the world of Animal Crossing from a first-person perspective. Leo will love exploring their village from their own eyes—and we think they'll really get a kick out of the hilarious new fish-eye lens feature. 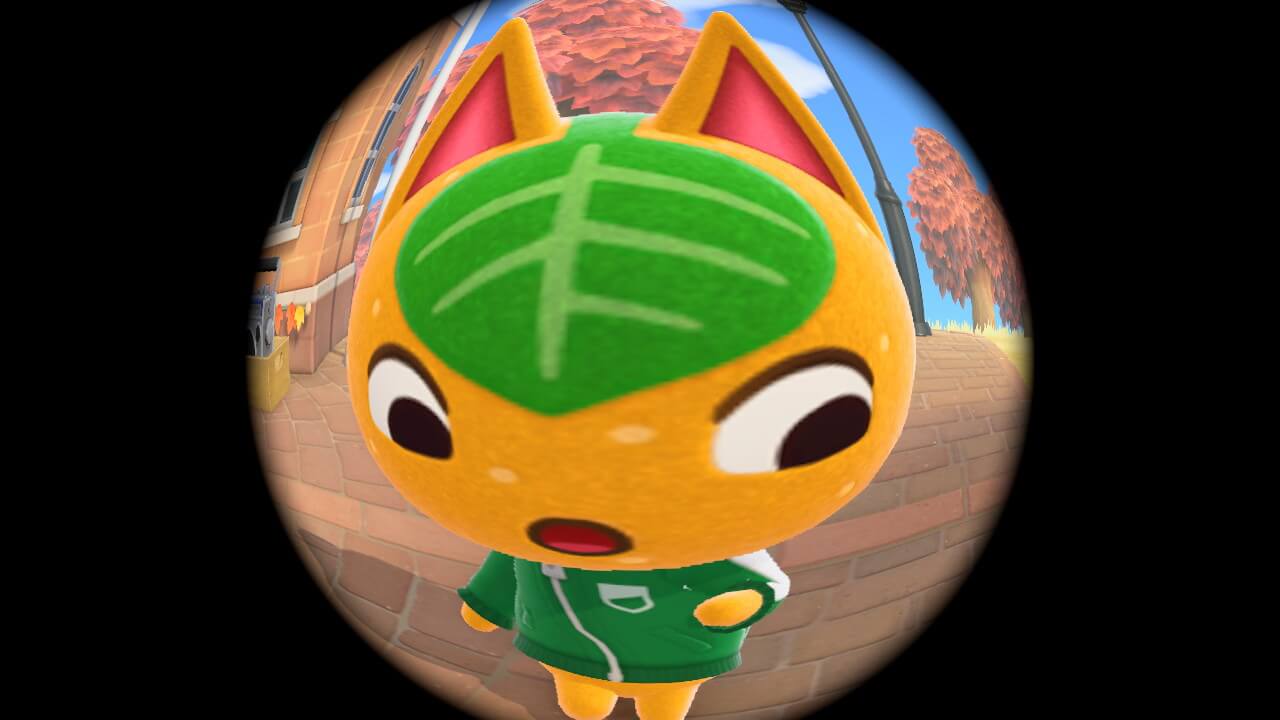 Virgo can be a little bit of a perfectionist, and the sign prefers when they have control of the situations they're in. That's why they'll be so keen on the new island ordinances the game features. Are you too much of a night owl or an early bird for the shop hours to align with your schedule? Just change them with an ordinance! Would you prefer for there to be no garbage in your waters, and that weeds didn't grow on your island? There's an ordinance for that, too. It's all about the choices, so Virgo will be very pleased. 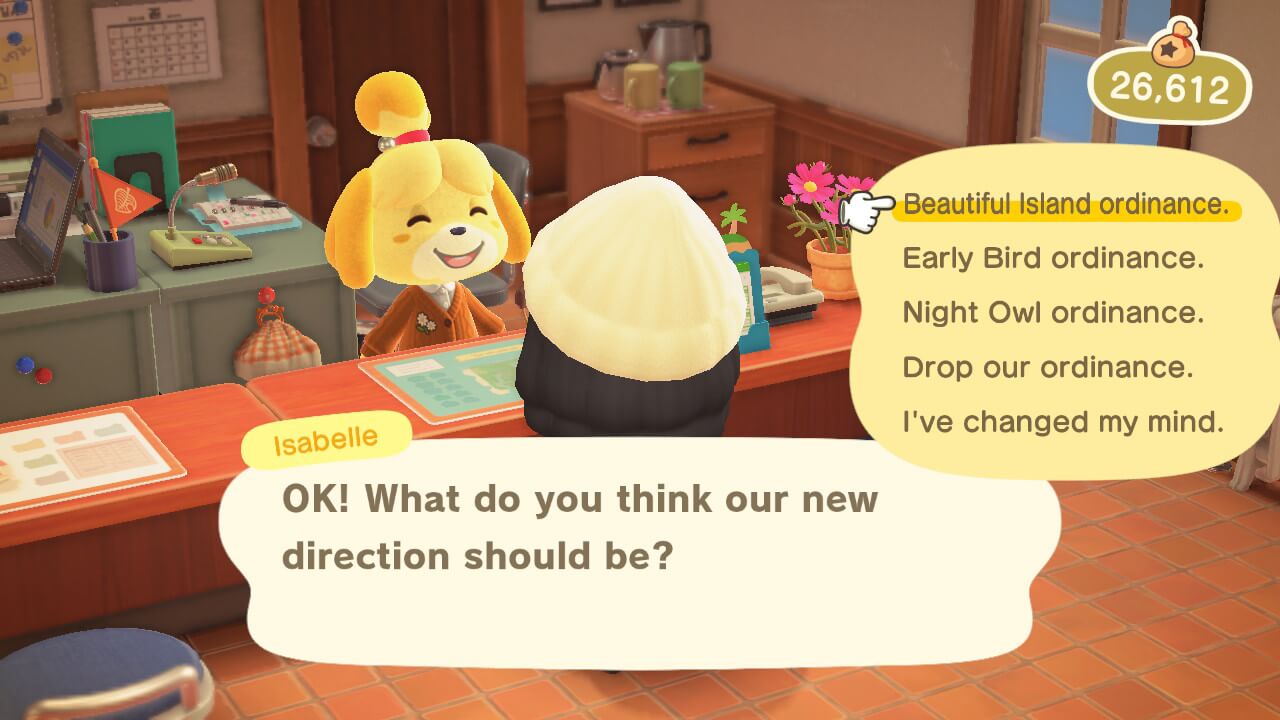 Friendly Libra is always happiest when they're with a group of friends, hanging out having a good time, which is why the adorable new group stretching in Animal Crossing: New Horizons will delight them so much. Anytime you like, you can go to the boom box in front of the resident services building to initiate a group exercise with the citizens of your town. You can even join in for real with motion controls if the mood strikes! 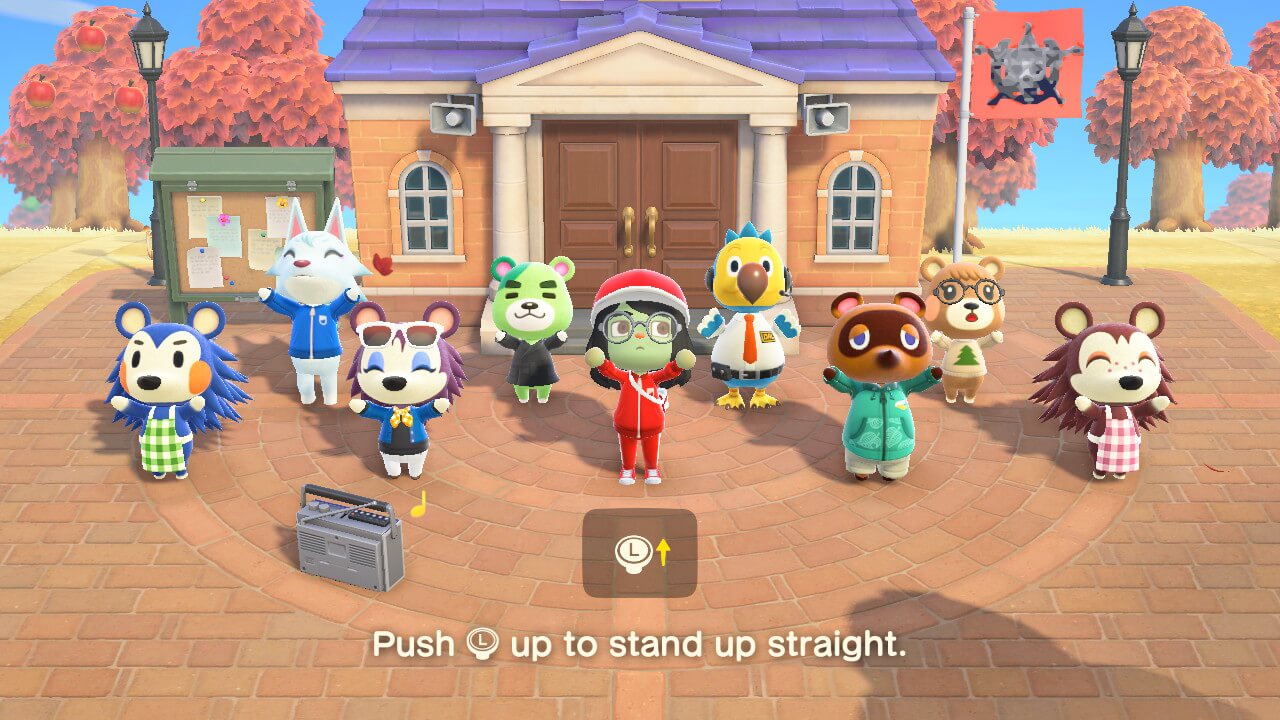 Of all of the new additions to New Horizons, the return of the coffee-brewing Brewster was among the most requested, and now that he's here, it's clear it was worth the wait. Brewster is a bit quiet and stoic, keeping to himself, but if you return to his coffee shop, The Roost, every day, he slowly opens up over time and reveals his true identity as a loyal friend. His personality has all of the makings of a Scorpio, and we think the sign will find their kindred spirit in this beloved character. 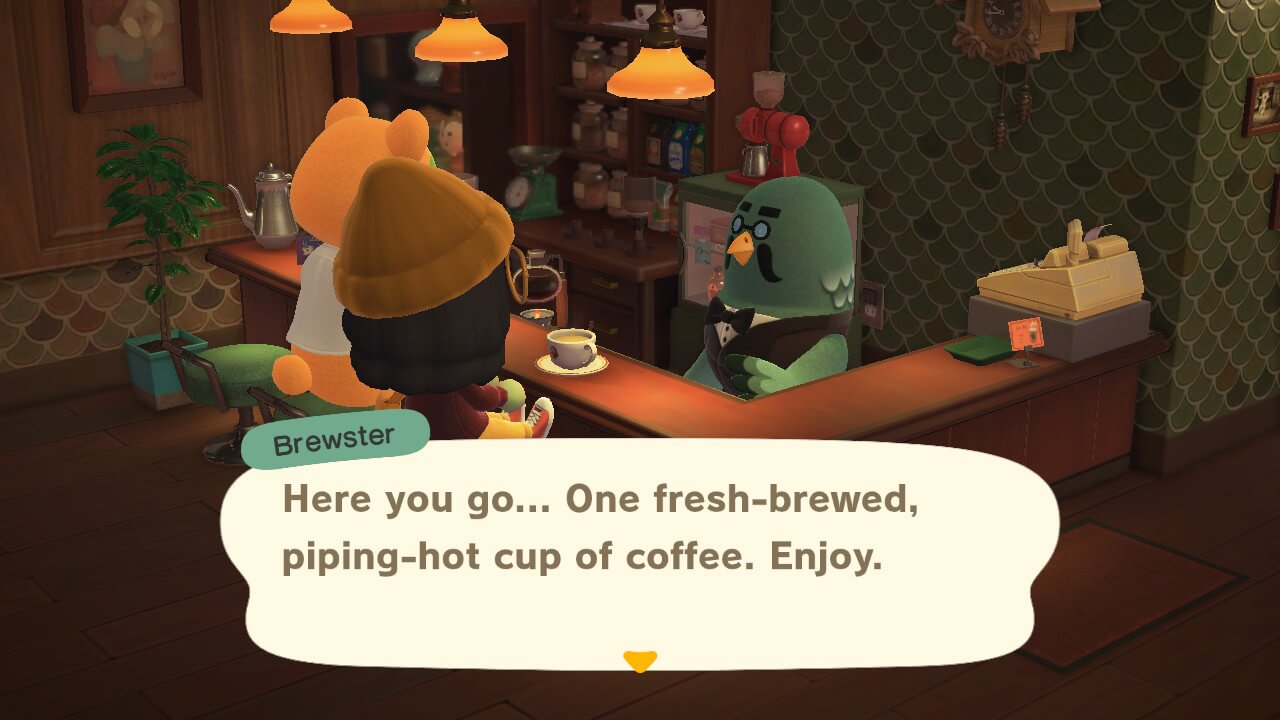 Sagittarius is best known as the traveler of the zodiac, so it's no surprise that they'll love that Kapp'n the sailing kappa has returned to Animal Crossing to ferry players off to new and exciting islands. Not only will they adore his sea shanties during their travels, but the fact that you can discover unusual islands covered in vines, with stones full of star fragments or sprawling with money trees makes every outing full of adventure and possibility. 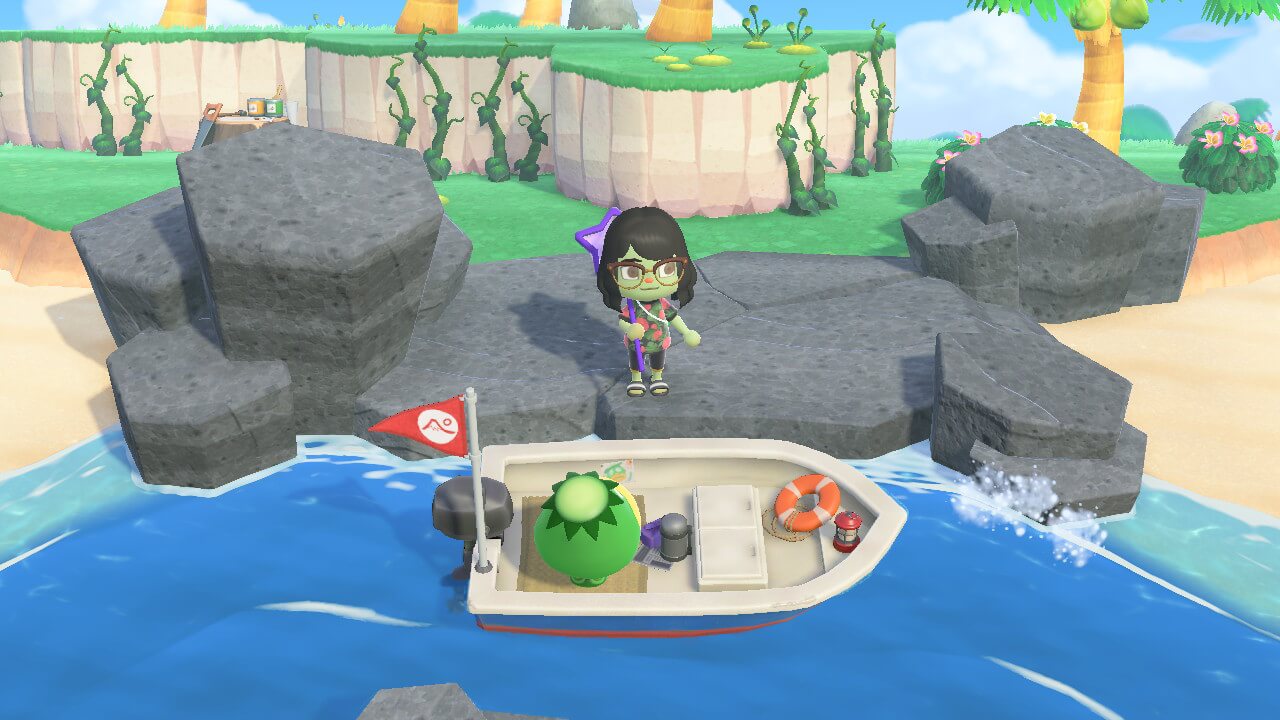 The ever-practical Capricorn may be known for being all work and no play, but that doesn't mean that they don't enjoy playing Animal Crossing—they just tend to play it a little more efficiently than others. Now that players can build portable storage, linking them to their home inventories from anywhere, Capricorn just got even better at doing all of their island duties effectively. They can grab anything from anywhere, and put away everything they collect whenever they feel like it, making their island-building abilities more powerful than ever. 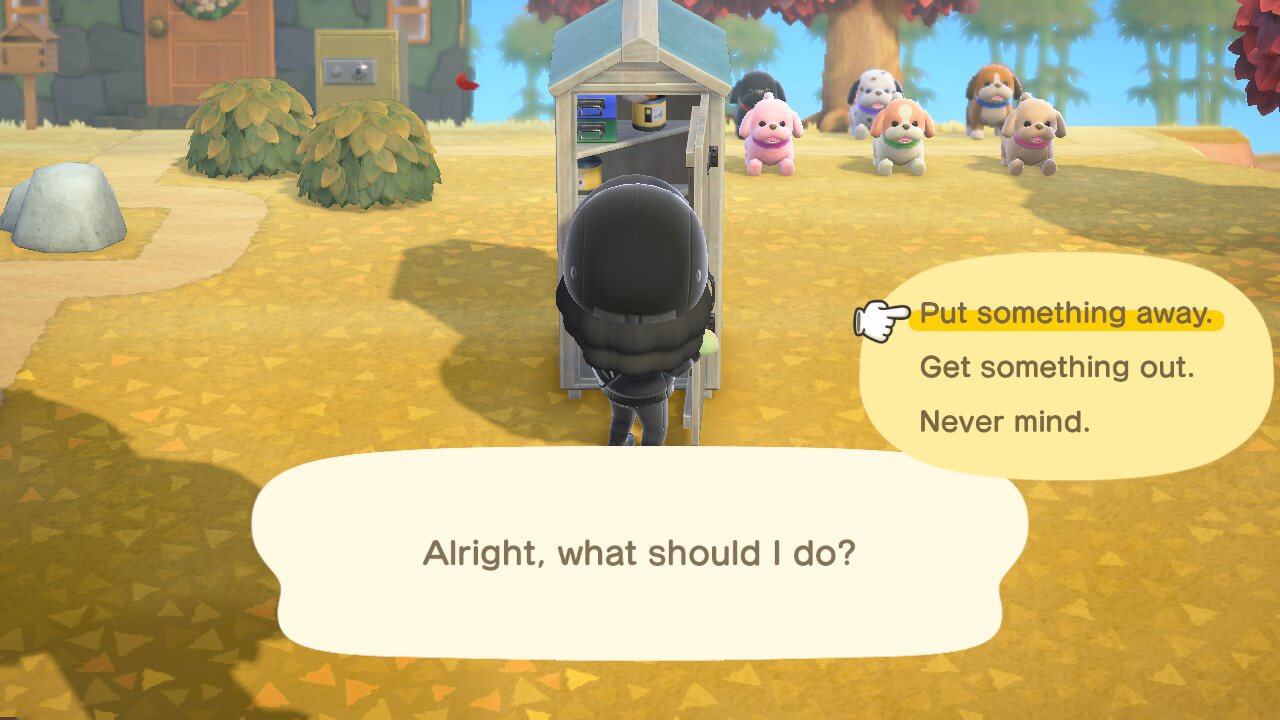 Aquarius is a sign known for free-thinking and individuality. Chances are that they already related to Animal Crossing's hippie dog, Harv, but now that his island has become a commune where different vendors can peddle their wares and services, the sign is really going to love what he's got going on. By contributing to the different artisans and their causes, you can now help them set up permanent installations on Harv's island. Not only is the choice up to you, but it allows you to do good for some of Animal Crossing's most iconic characters. 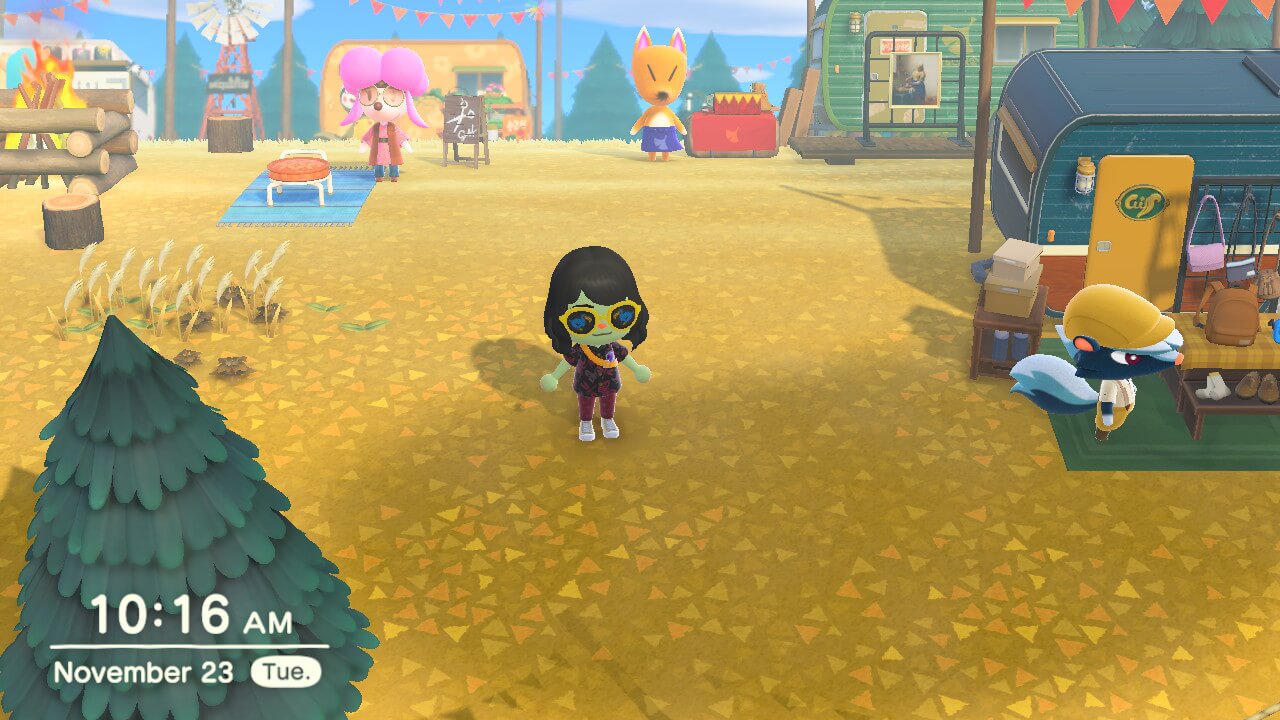 Pisces is a dreamy sign known for their creativity and attraction to the arts, so we think the game's new Gyroids are going to make their hearts very full. These small, colorful and adorably shaped clay critters make unique movements and sounds that make them totally irresistible. If you put on music, they'll move in time to the beat, or you can just combine a bunch of your favorites to make your own original tune. We love how cute and creative they are, and we've been logging in every day in order to collect them all. 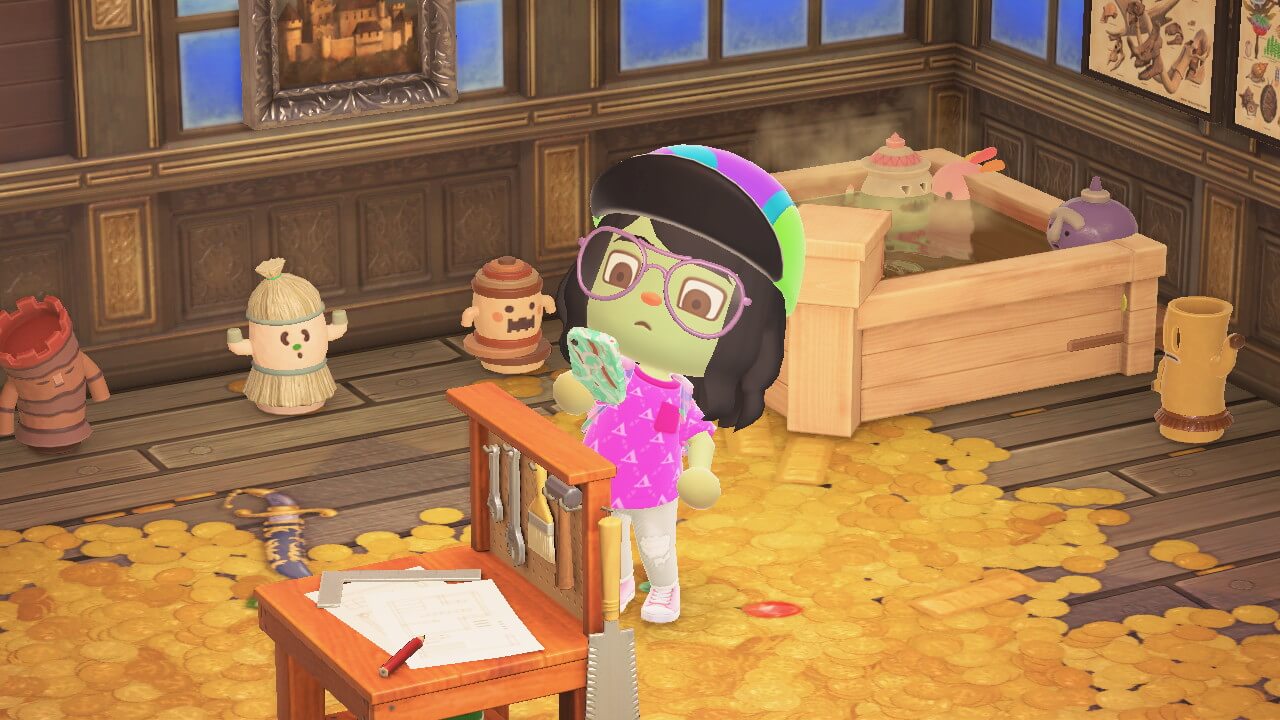 Obsessed with the game? Click HERE for our favorite ways to get rich quick in Animal Crossing: New Horizons.