9 Things That Are Better in Animal Crossing: New Horizons With the Help of a Friend

We've found that Animal Crossing: New Horizons on the Nintendo Switch is the perfect soothing distraction during all of the wildness going on in the world right now, and while it's plenty of fun to play on your own, it's even better with a friend.

Best of all, you can play with your besties even when you can't be together in person as long as you both have your own Switches with copies of the game and Nintendo Switch Online accounts. By chatting with each other over the phone or on Nintendo's app, you can get a lot more accomplished with the help of a pal than you can on your own.

Not sure where to start? We have a few tips for you.

Every Sunday morning before noon, a little boar called Daisy Mae will appear on your island to sell turnips. Turnips are basically stocks, and their value will fluctuate throughout the week. The goal is to buy turnips at the lowest possible price, and sell them off at the highest to make a huge profit.

When you're playing with friends with their own islands, you can all compare turnip prices on Sunday morning to see which island to visit so you can snag them for the fewest bells. Then, throughout the week, everyone can check their turnip prices in the mornings and afternoons (they change at 5 a.m. and noon daily) for the highest sell price. A lot of money can be made here, and teamwork increases your chances of success. 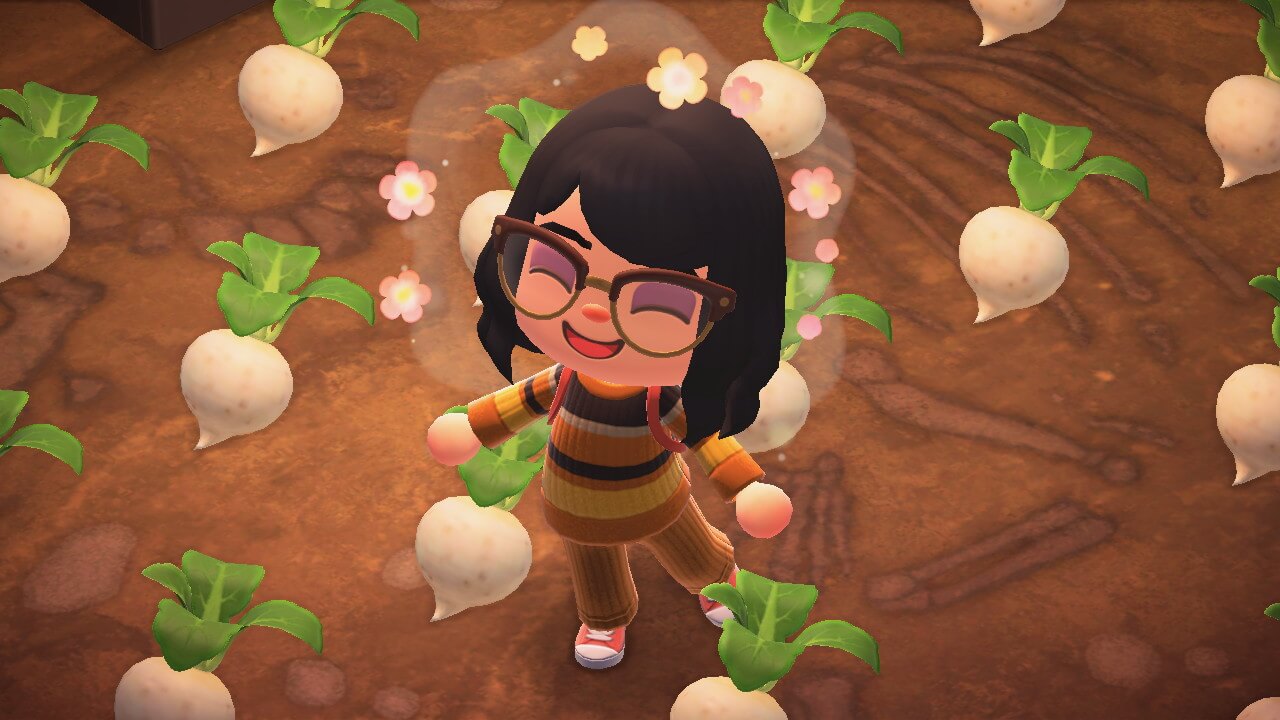 The furniture and clothing options are better than ever in New Horizons, and with so much to collect, it doesn't hurt to get some help in nabbing all of the goodies you want. Whether you're shaking furniture out of trees, receiving gifts from neighbors or buying items from the Nook Stop machine or Nook's Cranny, the goodies you receive will no doubt be different from that of your friends. Nook Miles items also come in different aesthetics that are island-specific, so you'll have to trade to collect them all. Work together to make mutually beneficial trades. After all, one person's trash can be another's treasure.

And since many non-crafted items can be ordered from the Nook Stop catalog once you've had them in your inventory, you can use a trick to maximize your options. One player can drop an item temporarily for the other player to pick up. Even if they're only holding onto it for a split second, it's added to the player's catalog, so they can return it to the original player and order their own later.

When new players are starting out, they can also visit more seasoned players' islands to get recipes for key items they don't yet have, like the Vaulting Pole and Ladder, to speed up their progress. And since you can only learn a new DIY recipe once, pass along duplicates to friends.

Visiting NPCs, like Mabel, Sahara and Kicks will also sell their wares to friends from other islands, and Celeste will share recipes with them. Plus, it's always worth making a stop at shops on other islands.  In fact, the majority of our time seeing friends has been spent in the Able Sisters' adorable shop buying too many clothes to carry home. And did we mention that when Nook's Cranny is closed for renovations, you can still visit someone else's shop to sell your wares? 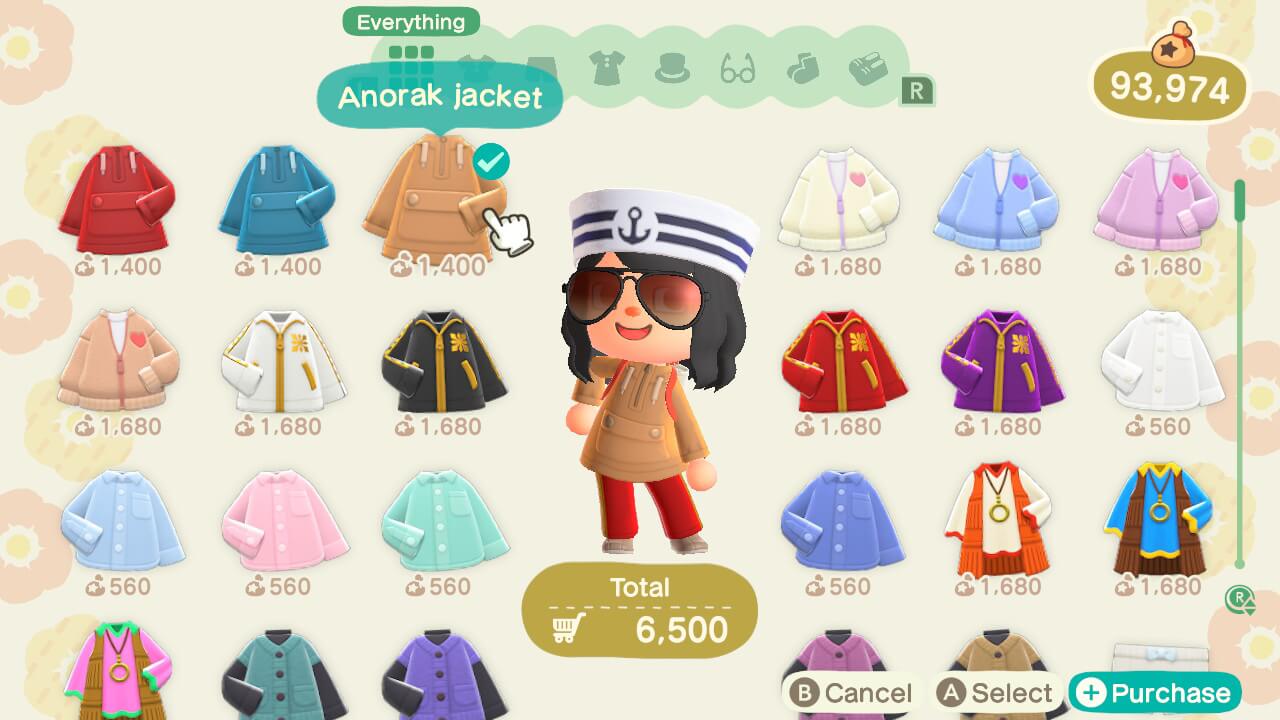 Once you have a certain number of neighbors, you can almost guarantee that at least one of them will be inside working on a DIY project at any given time. When you see someone at their workbench, talking to them will prompt them to share the recipe with you, so you can craft that DIY, too.

If it's a duplicate, you'll have an extra one to share with a friend, but if it's brand new and something really good that you know your friends would want, you can invite them over to also talk to your neighbor and get their own copy of the recipe. You can also visit other islands to do the same thing. 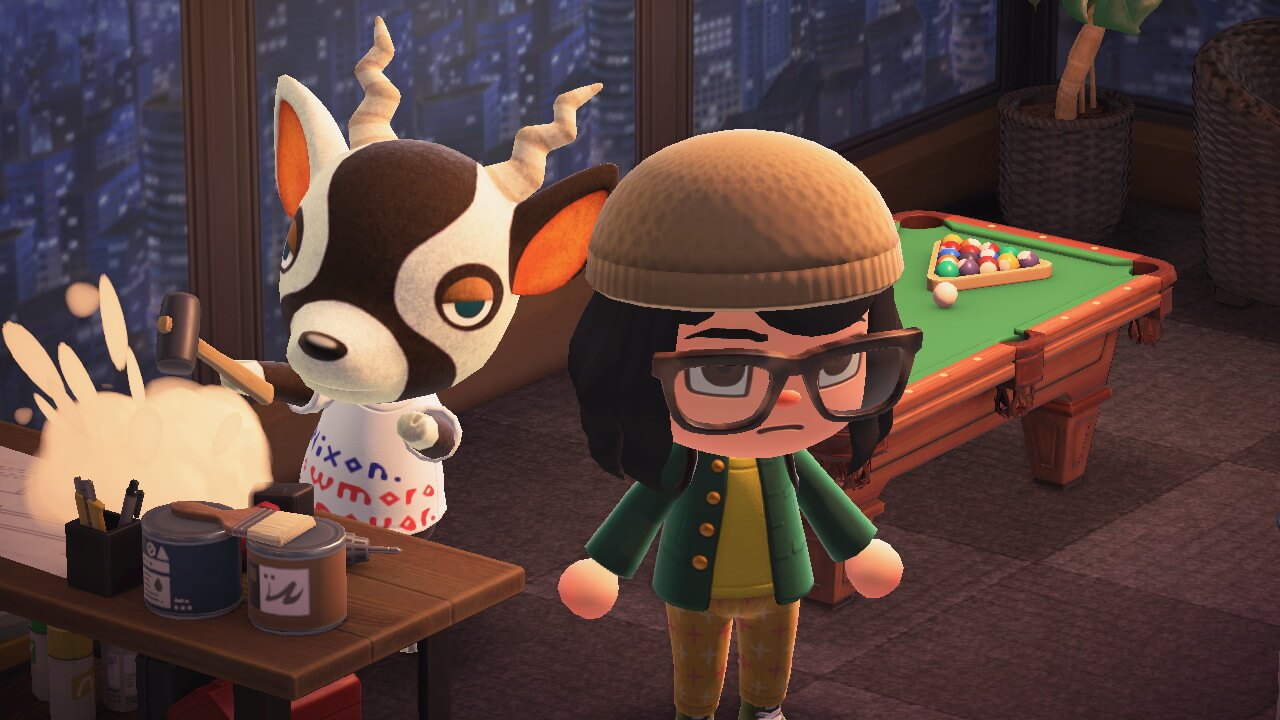 Everyone likes getting letters from the people they adore, and virtual mail in a video game is no different. The postcard stand in your island's airport allows you to send letters to your island residents as well as any friends you have registered. They cost 200 bells, but save you the hassle of traveling to someone's island to pass along a message or gift them an item. You can also purchase items for friends directly from your catalog using the Nook Stop, which will inspire them to return the favor. Plus, you happen to get Nook Mileage rewards after sending certain numbers of letters, so get mailing. 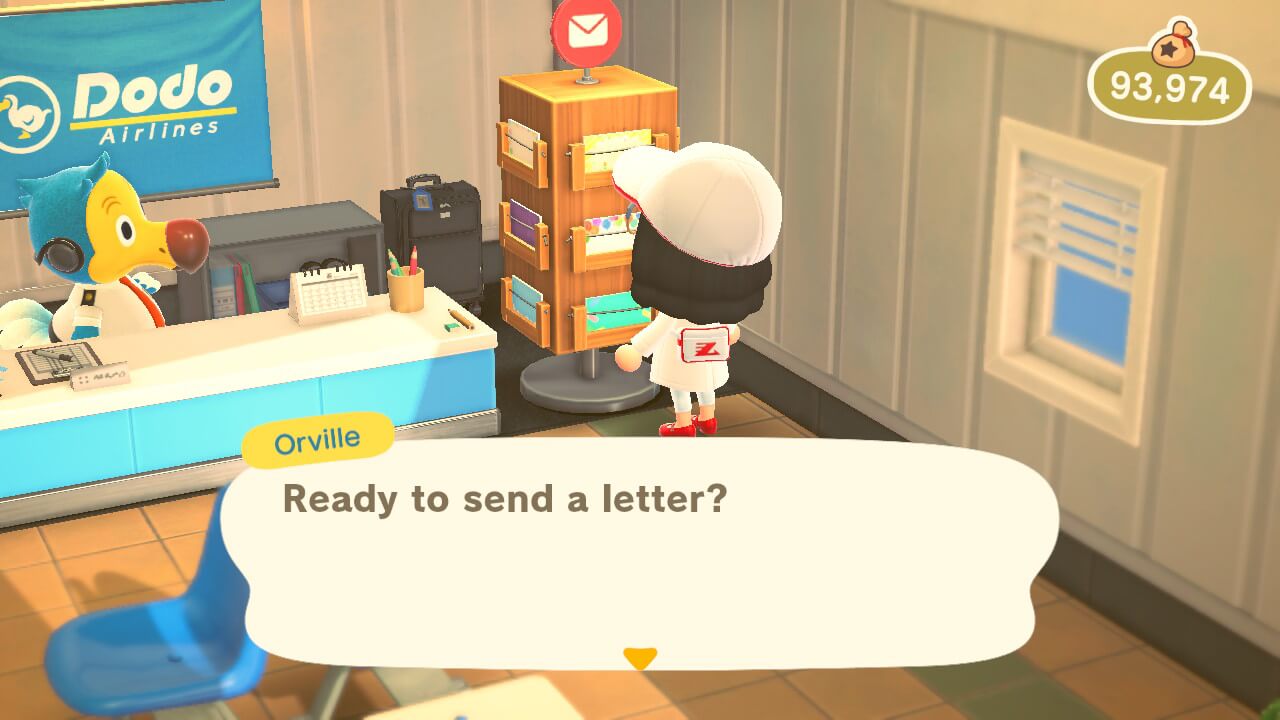 At the beginning of your New Horizons journey, your island will have just one type of native fruit. Planting one of those fruits will only result in another fruit tree of the same variety, making for a very homogenous island. Since native fruits sell for just 100 bells and non-native ones sell for 500, you're going to have the most success (and visual variety) if you mix things up.

While it's possible to get other types of fruit on your own—your mom will mail you a non-native fruit early on, and occasional Mystery Island Tours will have trees with your island's "sister fruit"—you'll need friends to get all five varieties. Trade fruits with your friends to eventually get apples, cherries, peaches, pears and oranges on your island, and soon you'll be in a position to help anyone in need of new fruits. 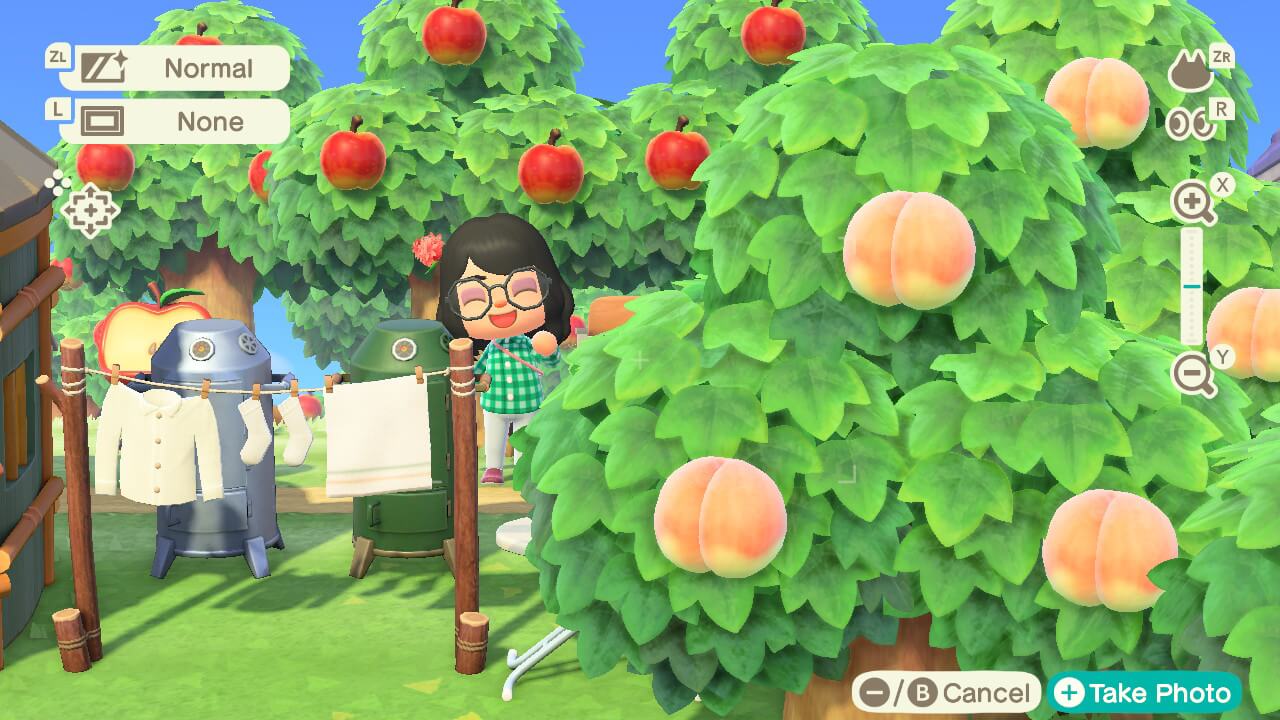 Planting flowers is one of the simplest ways to make your island look gorgeous, but as with fruits, islands also have native flowers. There are eight species of flowers in the game, but you'll find that Nook's Cranny on your island only ever sells four varieties of seeds. What to do? Visit a friend whose island offers something different. Swapping flower seeds will help you both make your islands look amazing and work toward your goals as the ultimate gardeners. 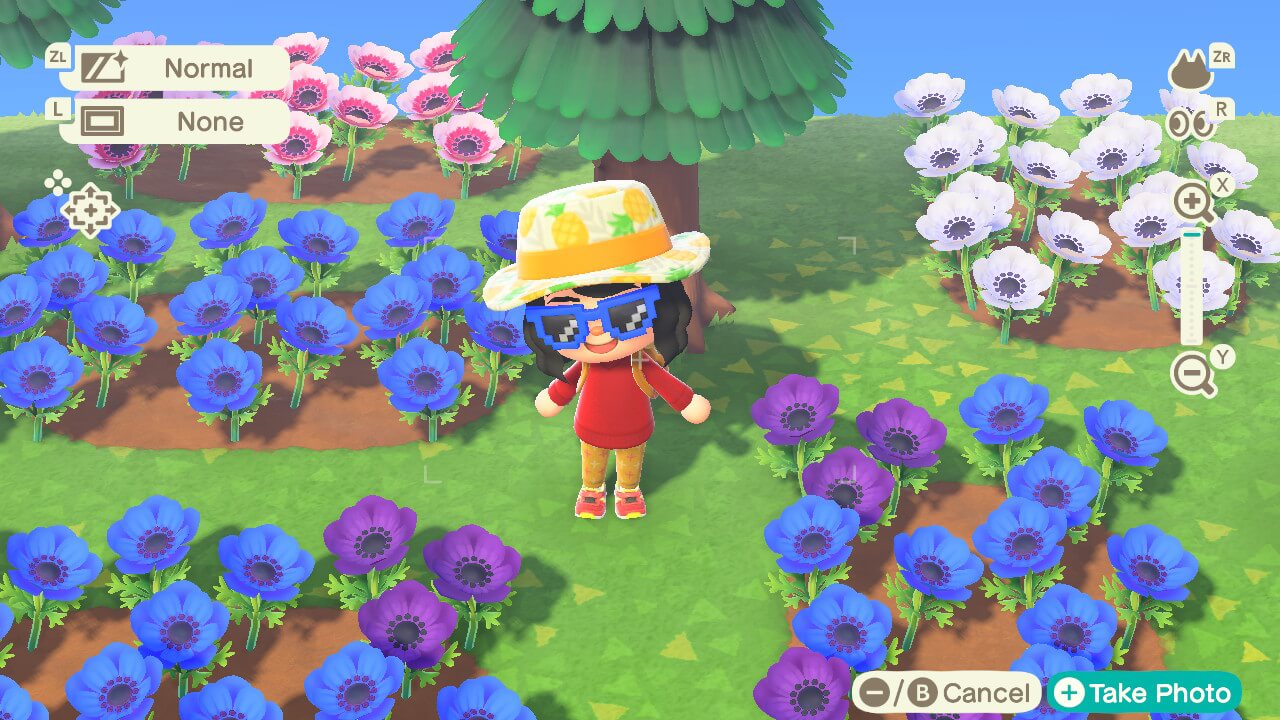 One of the most stunning spectacles in all of Animal Crossing: New Horizons is the fossil section of the museum—but first, you have to fill it. Every day, four fossils can be dug out of the ground on your island. You'll only know what each one contains once you take it to Blathers at the museum to be assessed, and what you get is always random. With 73 fossils in the game, the process of donating very single one can take a long time.

Of course, that gets easier with the help of a friend. Make lists of the fossils you need and swap them with friends. When you all have each other's wish lists, you can help expedite the process of beautifying your dinosaur exhibits. Then, when you visit, you can see how truly awe-inspiring the scene is. 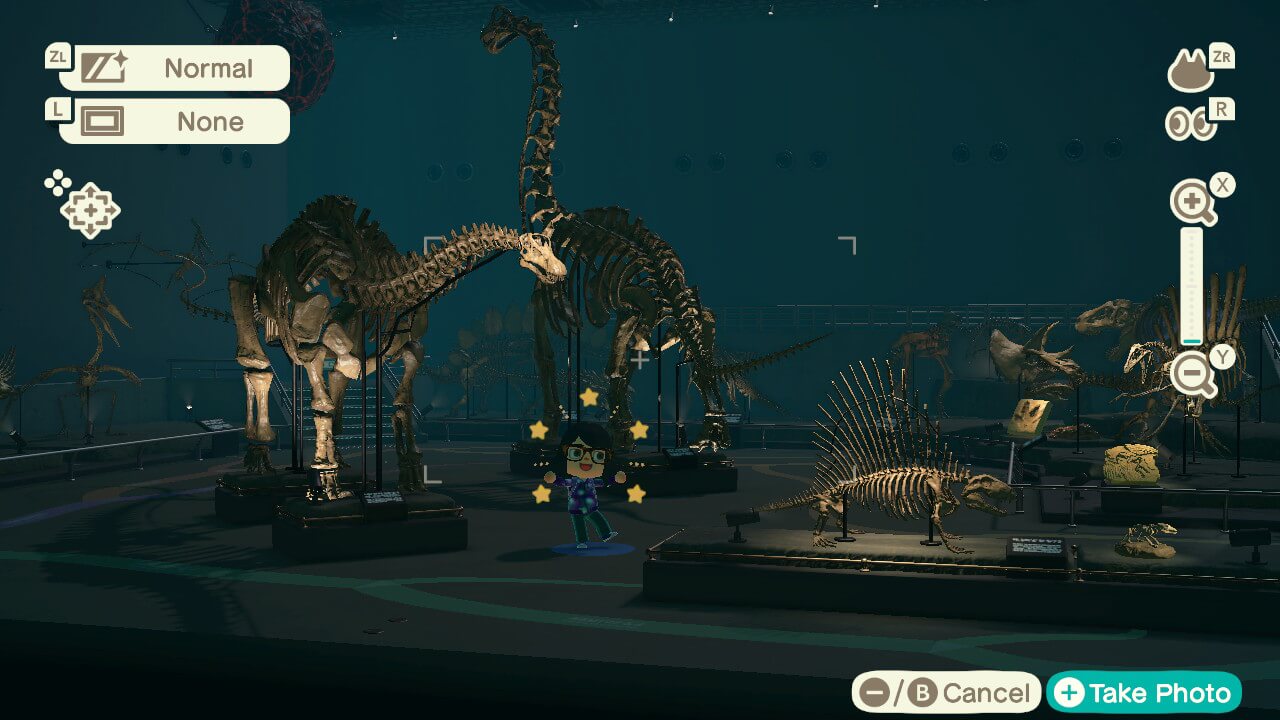 If you're aching for more Nook Miles (and to fill up that adorable task list), travel is a must. You'll be rewarded for both visiting neighboring islands and hosting folks on your island getaway, with the biggest rewards coming when you've done each 10 times. You'll also get bonus miles every time you get back from traveling to see a friend. 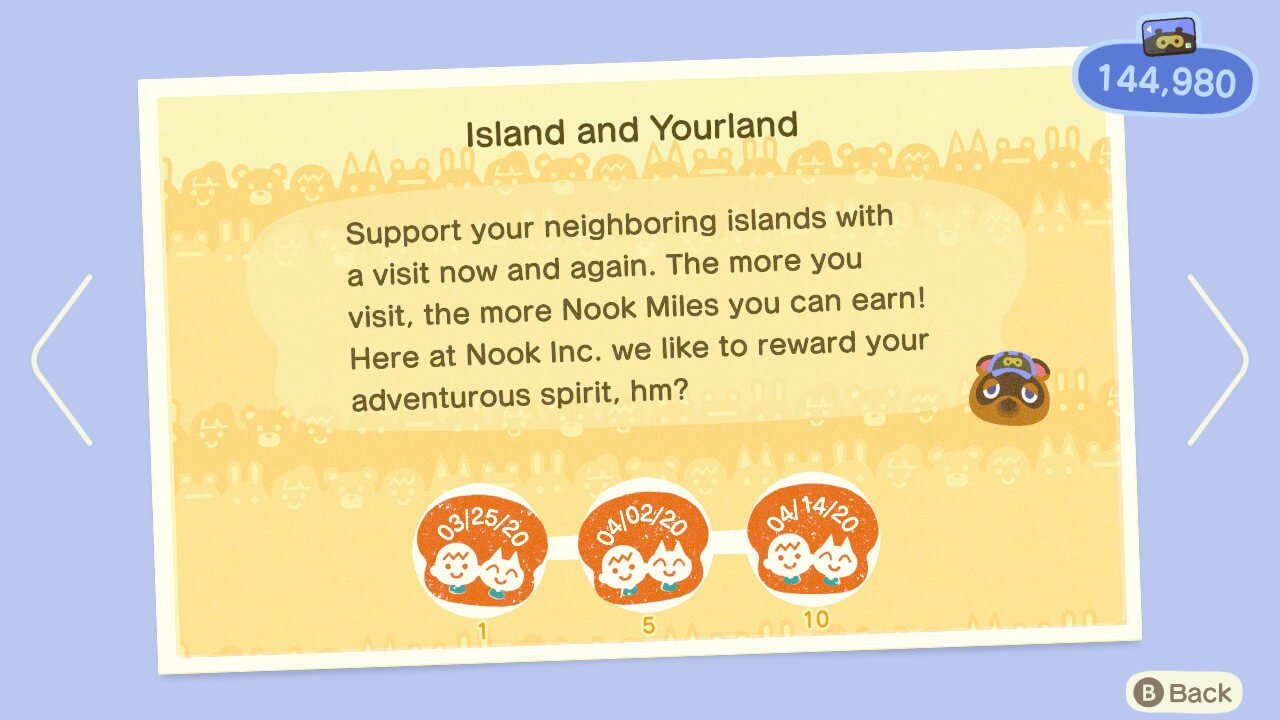 If we only ever saw our own New Horizons island, it would be a pretty boring place indeed. Visiting and goofing around with friends can often be the perfect way to get inspiration on how to decorate and landscape your own island to perfection. Whether people make recommendations on potential improvements or you see an idea of theirs that steals your heart, trading ideas is one of our favorite things about New Horizons, and is one of the things that keeps us coming back day after day. 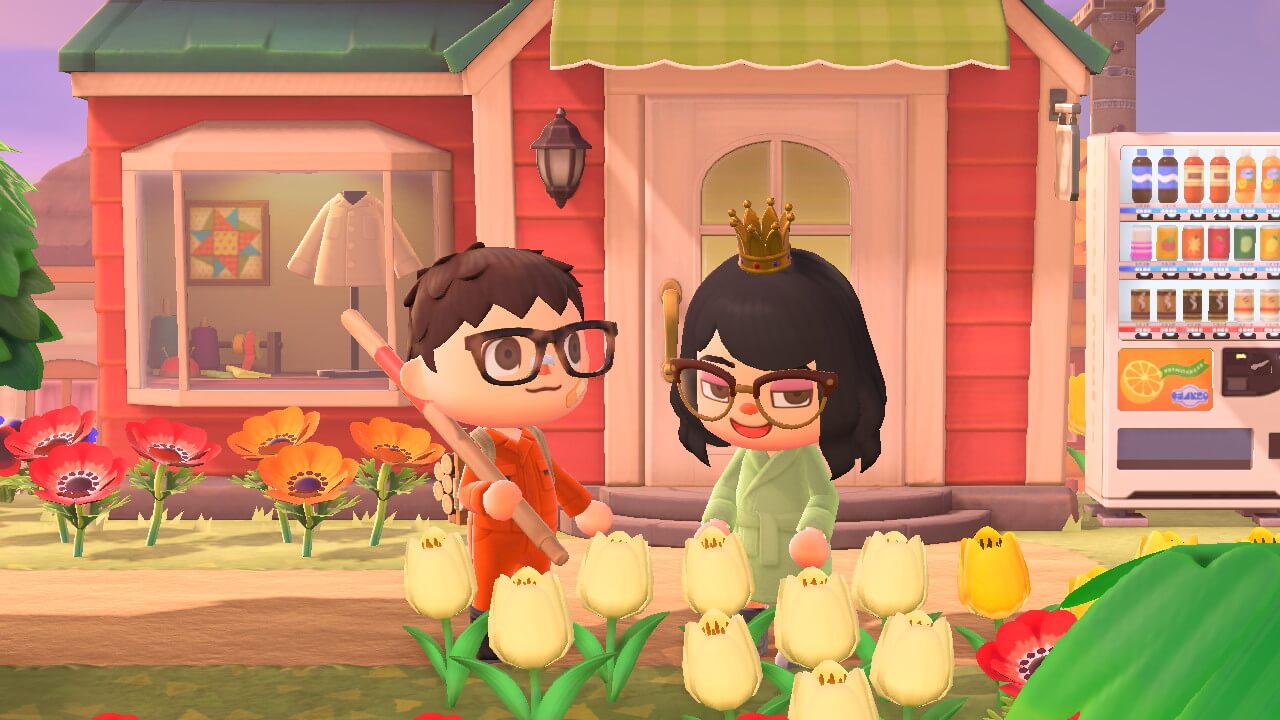 If you can't get enough fo the game, click HERE to find out what Animal Crossing personality fits your zodiac sign.