Animal Crossing, the world's most addictive game about being a friendly neighbor, is getting its own mobile game in Animal Crossing: Pocket Camp.

The new game has loads of unique features and we can't wait to play, but what we're really excited about is the potential of these new features in a console Animal Crossing game. Here are the ones we'd love to see in future games.

Decorating your home has been a staple of Animal Crossing games since the very beginning, but we want more. We'd love the chance to customize our yards and other outdoor areas, and the camp customization in Pocket Camp is showing us how incredible that can look. 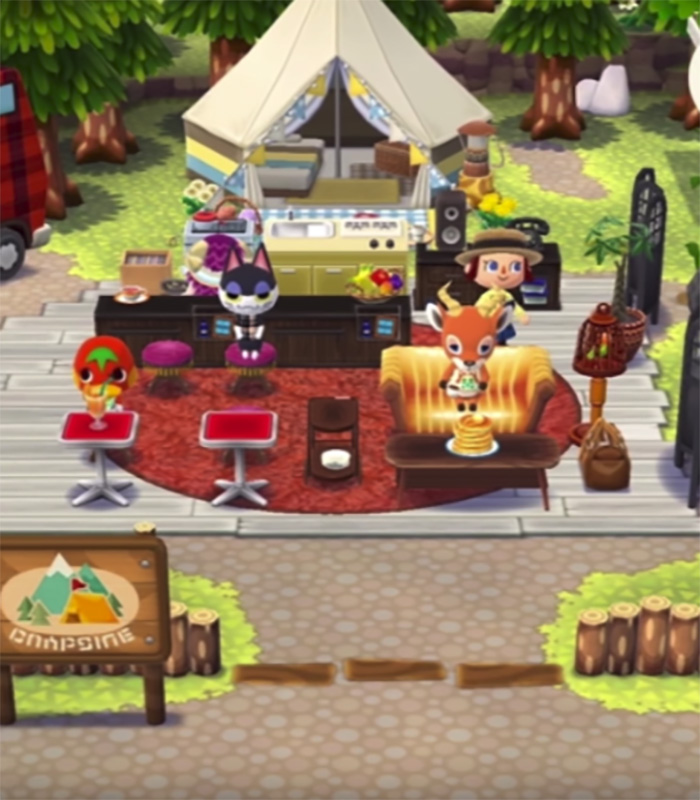 Besides gold furniture in Animal Crossing: New Leaf, the Animal Crossing games have never let you craft furniture from raw materials—until now. With enough supplies, like cotton and wood, Pocket Camp will allow you to make your own furniture.

But we think this can go way further in a mainline game. Along with getting supplies when you do errands for neighbors, it would also be great to collect wood by chopping trees, or cotton by picking it like weeds. We'd love to live in a world where Animal Crossing has a super robust crafting system and most of the furniture is stuff you can make yourself. 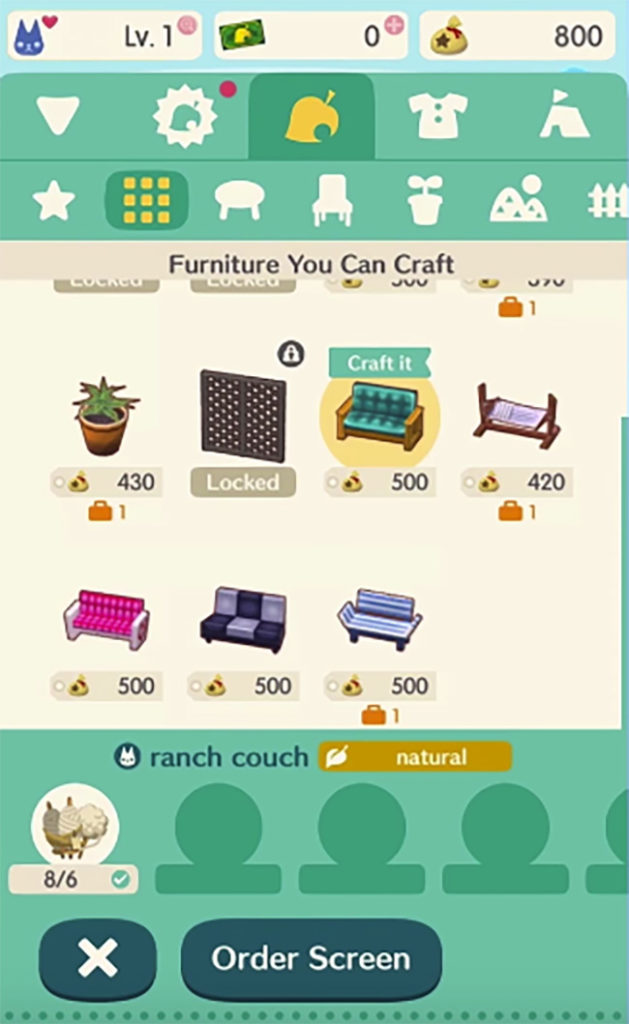 Doing your neighbors' chores is one of the strange delights of Animal Crossing games, but keeping track of your tasks can be a nuisance. Pocket Camp seems to keep track of requests so you can view them in one handy place. You'd never forgot who was asking for what fish, or which villager you were supposed to deliver a package to, ever. 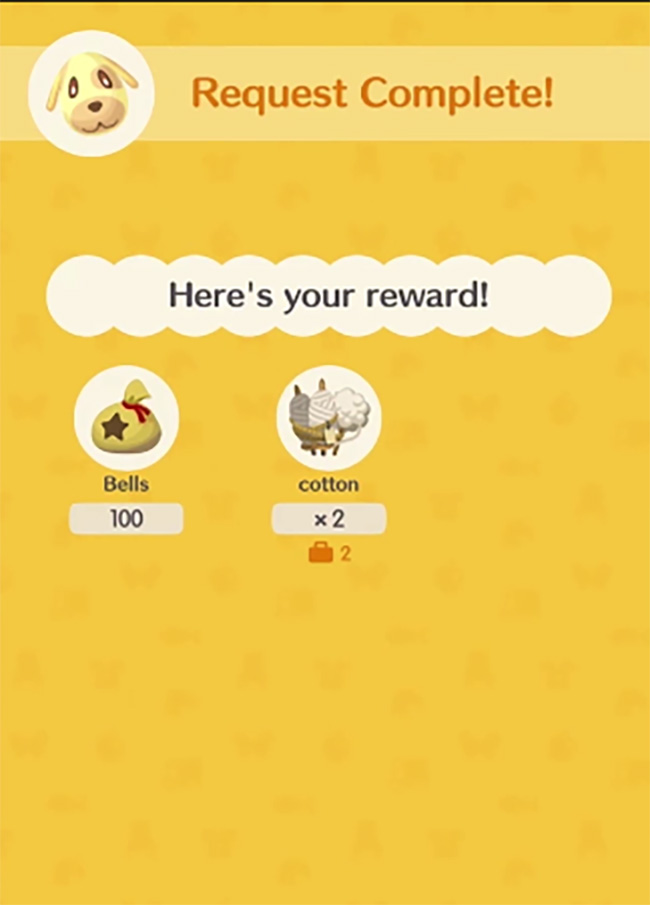 It's time for our actions in Animal Crossing to have consequences! Until now, characters have always treated you pretty much the same, regardless of how well or how badly you treat them. You can send a neighbor all the gifts in the world, and they'll act the same as if you pushed them into pitfalls or hit them repeatedly over the head with a net.

Pocket Camp has a friendship meter for the first time, meaning your relationships with some characters can be stronger than others. We don't know yet if the level can go down, but it's an interesting concept to consider for future games. 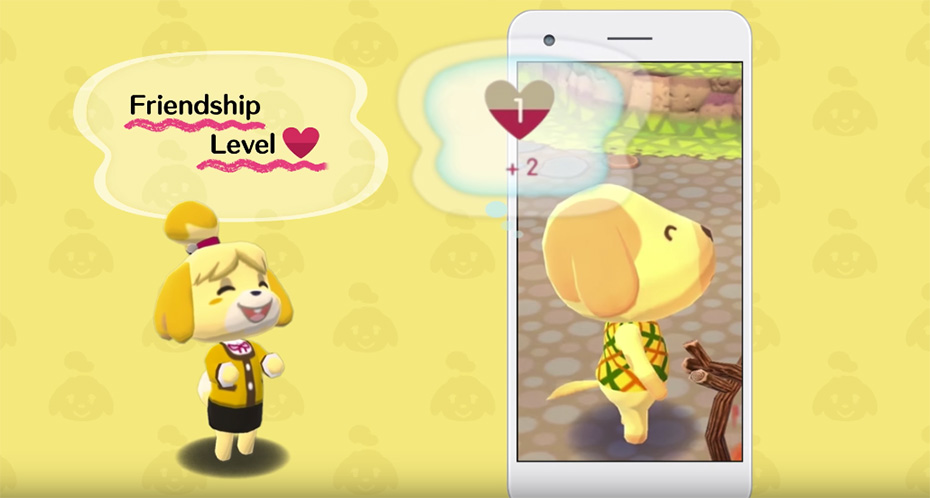 Your character in Animal Crossing: Pocket Camp has a cell phone, and it could potentially be a game-changer. We already know that you can order crafted furniture from pretty much anywhere in the game with a cell, but in the future, we'd also love to use it to call up animals that aren't in the vicinity to ask if they need any help, or even get request calls out of the blue. 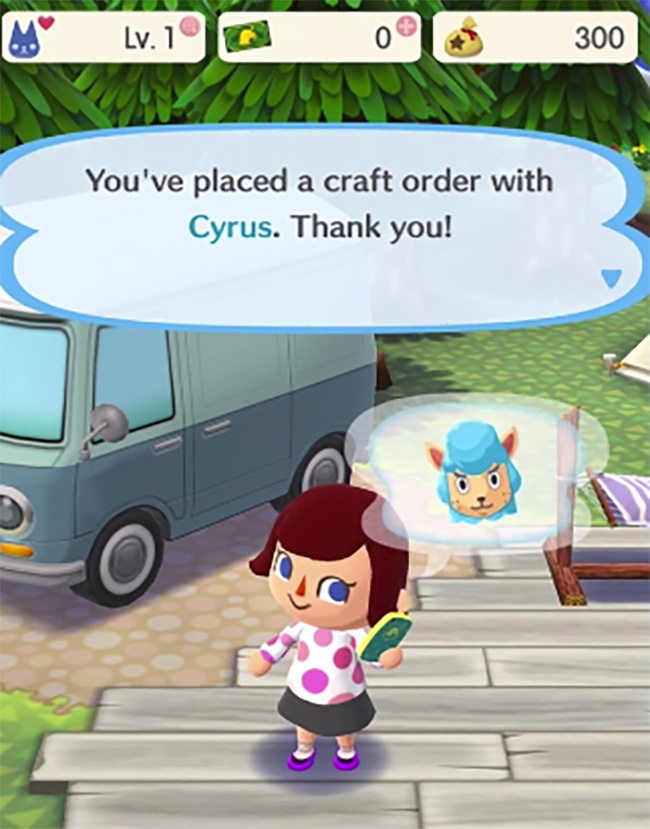 Technically, you could trade with players in past Animal Crossing games, but it involved dropping your goodies on the floor to be picked up by your friend, and hoping they made a fair trade. Pocket Camp lets you directly exchange the in-game currency, bells, for items at a negotiated price. Obviously, we'd love this feature in all future Animal Crossing titles. 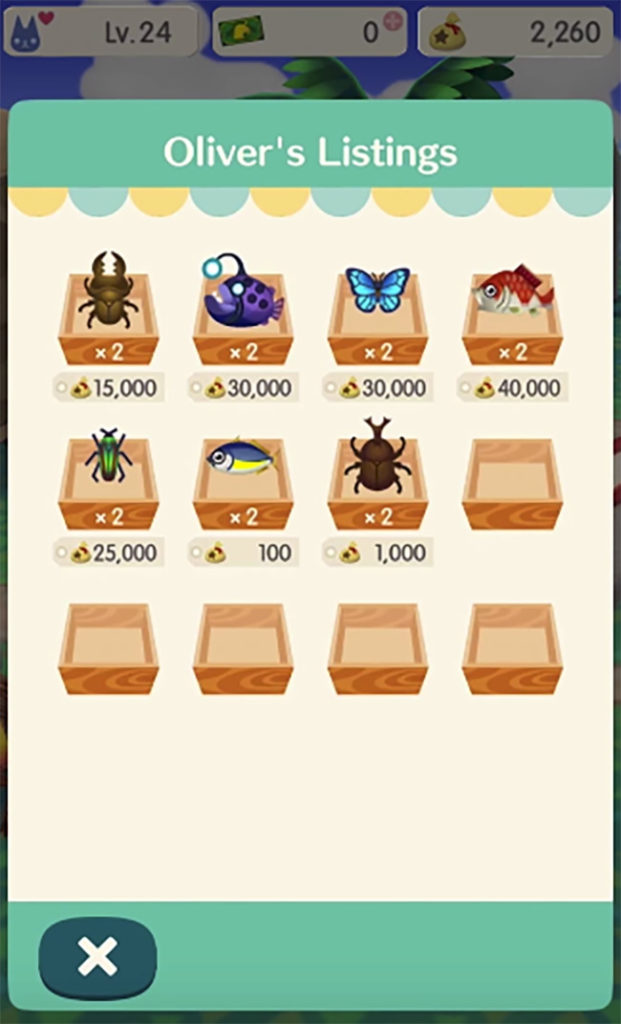 Past Animal Crossing games have managed to do a lot with the finite space you have. In New Leaf you can only visit Main Street and the island beyond your town. The areas in Pocket Camp look tiny to begin with, but you can instantly travel from your campsite to a beach, island, river and other areas. We'd love for the larger Animal Crossing games to expand in this way as well. 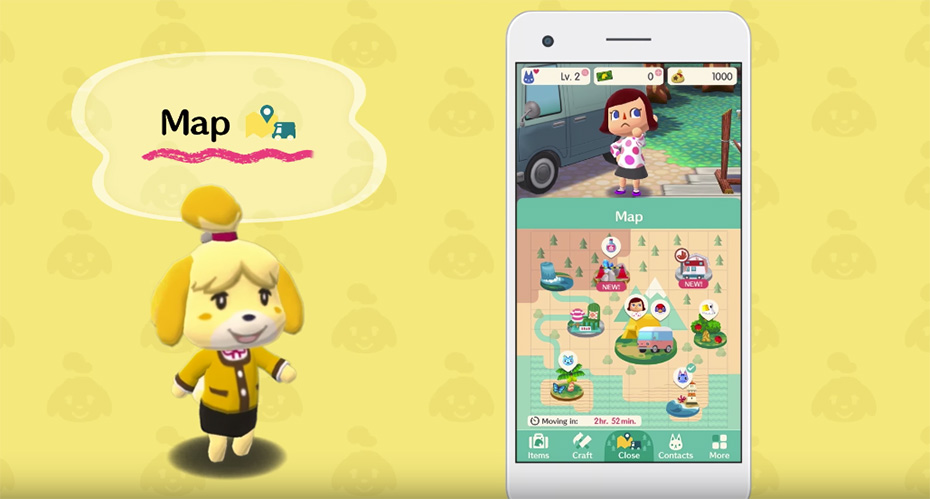 In Pocket Camp, throw nets allow you to reel in bunches of fish at a time, and we're guessing Honey will do something similar for insects. While they might feel a little cheap in a mainline Animal Crossing game, we think a similar feature could be implemented to make the process of collecting every bug and fish a more seamless process. 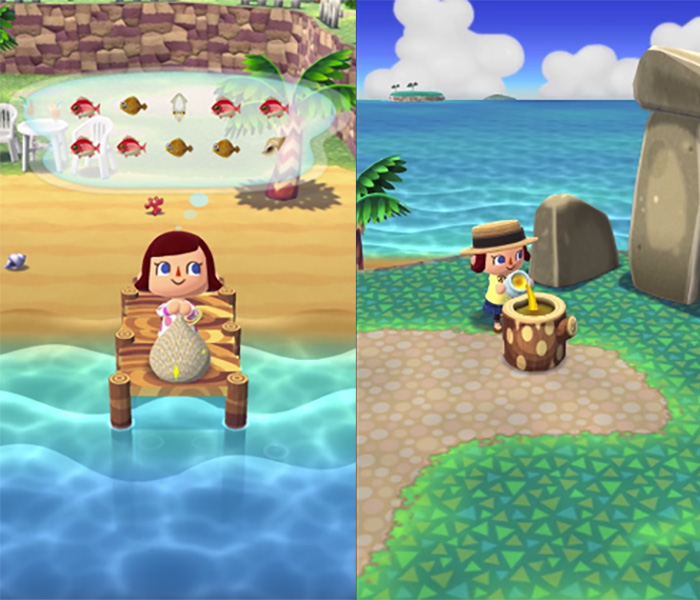 Loads of characters in the Animal Crossing: New Leaf Welcome Amiibo update have their own RVs, and we'd love to have them, too. The existing system of house decorating works without a hitch, but owning a camper that can be customized with furniture, a coat of paint and a second story will give us the chance to show off our creativity in a new way. Plus, we'd love to see the adorable OK Motors crew in every subsequent Animal Crossing game. 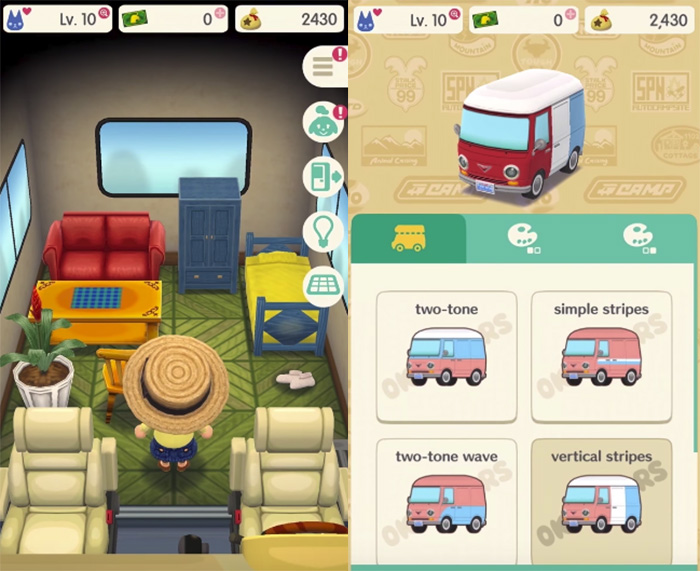 Why haven't the main Animal Crossing games ever let us customize our characters? Instead, the games ask a bunch of personality questions, resulting in a completely random look for your character. Happy Home Designer, and now Pocket Camp, take a more hands-on approach, allowing you to select your skin and hair color, plus your hairstyle and more. With so much to customize in these games, it only makes sense that your character's appearance should be entirely in your hands, too. 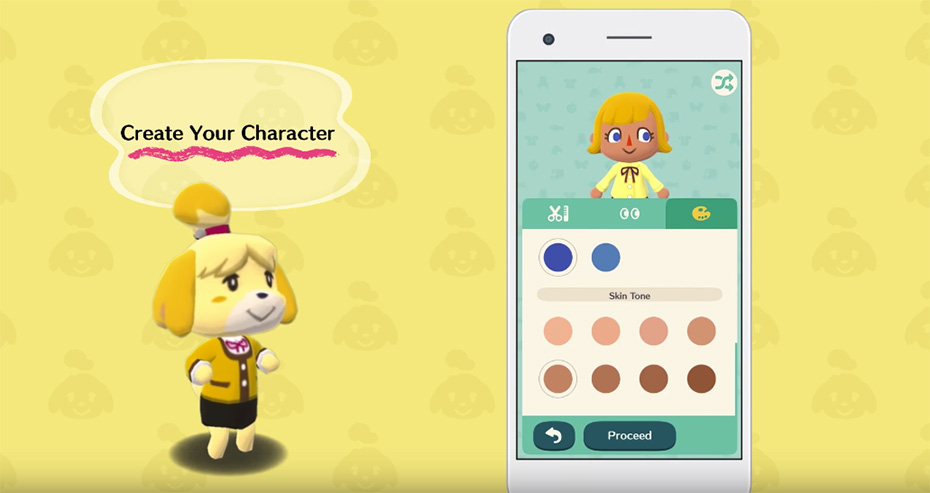 Can't wait to get your hands on Animal Crossing: Pocket Camp? You can get it for free sometime in late November, so keep your eyes peeled (or sign up here for updates) and watch the preview below:

Is Animal Crossing important to you? Click HERE to find out the life lessons we learned from playing it and other important video games.