If you were ever curious to know which animal you're most like, you've come to the right place.

Based on some telling information provided by your zodiac sign, we're revealing the adorable creature you're incredibly similar to below:

You're the most careful and analytical human being anyone has ever met, Virgo. Because you're always striving to attain perfection, you never leave anything to chance. You can be a bit critical of yourself, but that's only because you know what you're capable of. For these reasons, you're a lot like a rabbit. Rabbits are a much more quiet animal, who rarely ever take center stage, something you're not too fond of yourself. They're a bit misunderstood (just like yourself), especially because they're not as independent as a cat, but nowhere near as needy as a dog. Plus, rabbits love nature, and so do you. It brings you back to center when everything becomes too much. 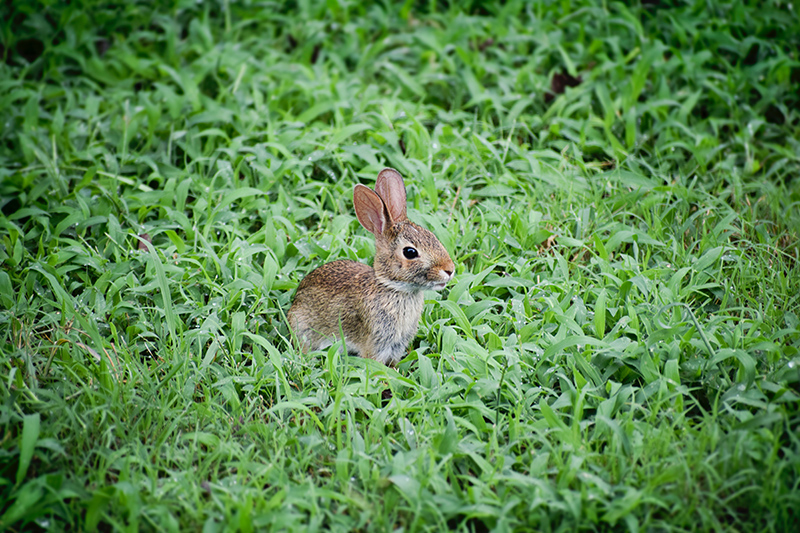 Loyal and social, you're most definitely similar to everyone's best friend—a dog! You're a fair-minded person who just wants everyone to be happy. Without a doubt, you're the peacemaker of your friend group, always helping squash arguments before things get too out of hand. Just like a good ol' pup, you can't stand to be alone. You need to be constantly surrounded by friends and family members or you tend to go a little stir crazy. Luckily, everyone adores you, so you're always in good company. 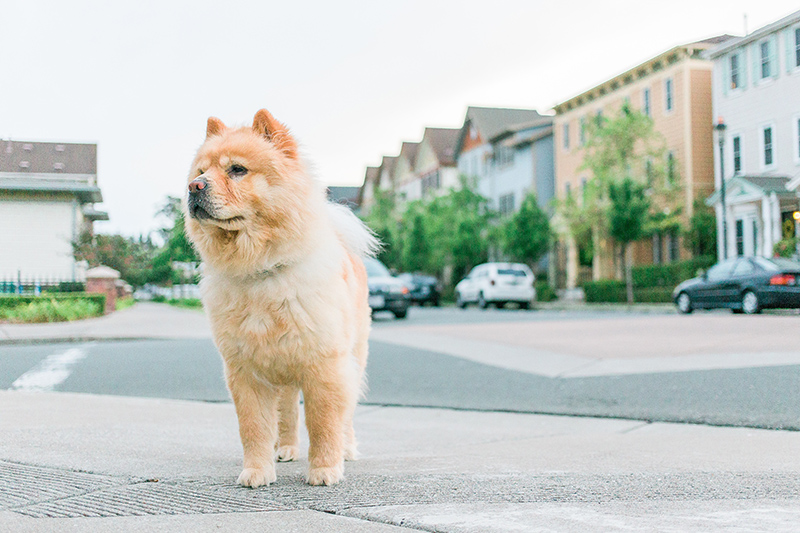 You're most definitely a snake, but it's definitely not for the reasons you're thinking. While you do tend to be a bit jealous and secretive, which causes you to jump to conclusions before you uncover the truth, you're also a brave and passionate individual. You're very assertive and aren't afraid to make your presence known, but you're also totally mysterious, lurking in the shadows until it's time for you to come out. The main reason you're like a snake is because you're ruled by Pluto, which is the planet of transformation, so you're always reinventing yourself. Just like a snake sheds its skin, you shed versions of yourself everyday, constantly evolving into a better person as often as possible. 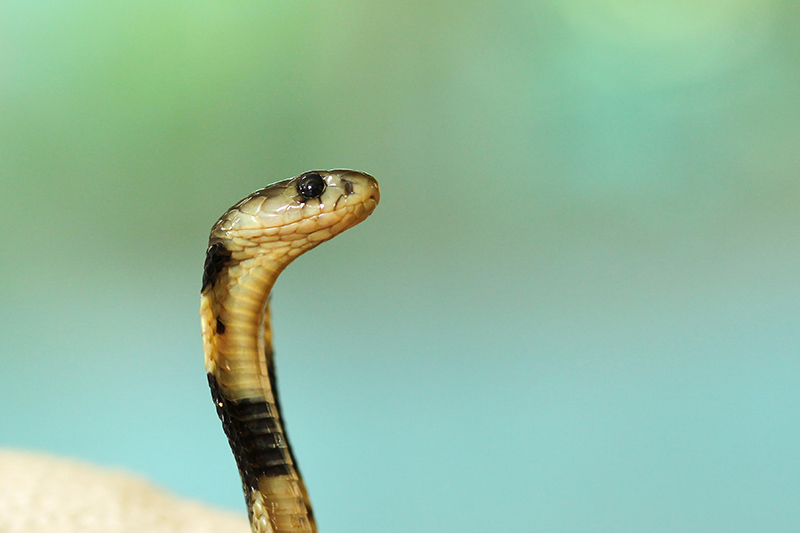 Your freedom is the most important thing in the world to you, Sagittarius. Being able to do what you want when you want and how you want is something you don't take for granted. You're most similar to an owl, because they can venture virtually anywhere they want at their own leisure. You wish you had wings yourself to make traveling around the world that much easier. Owls are also known for being incredibly wise. Same goes for you. You're constantly trying to uncover the meaning of life, so along the way you've learned interesting facts about almost everything. 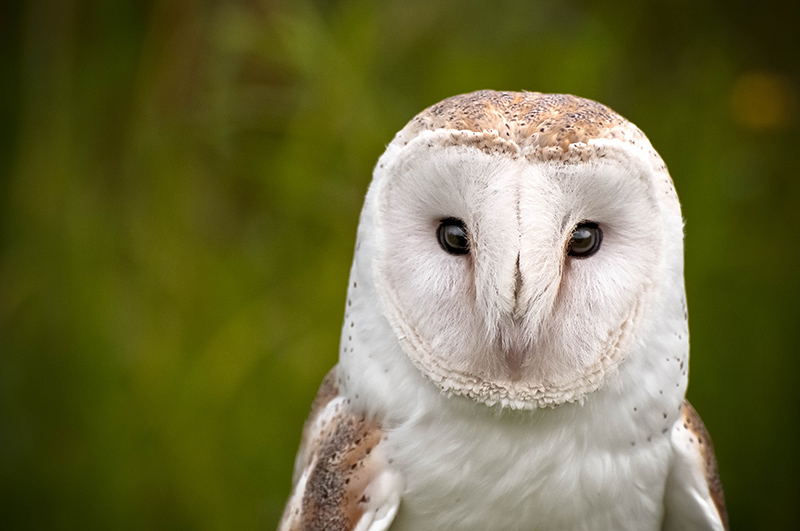 Reliable and responsible, you exhibit the greatest self-control anyone has ever seen. Once you dedicate yourself to something, there is no stopping you. Just like an elephant, you forge through on your path to success. Not to mention, your family is the most important thing in the world to you. Everything you do is to ensure they have the best lives possible. If anyone ever hurts them, they better watch out. Elephants are also very protective of their families, willing to put themselves in harm's way if it means saving their loved ones. 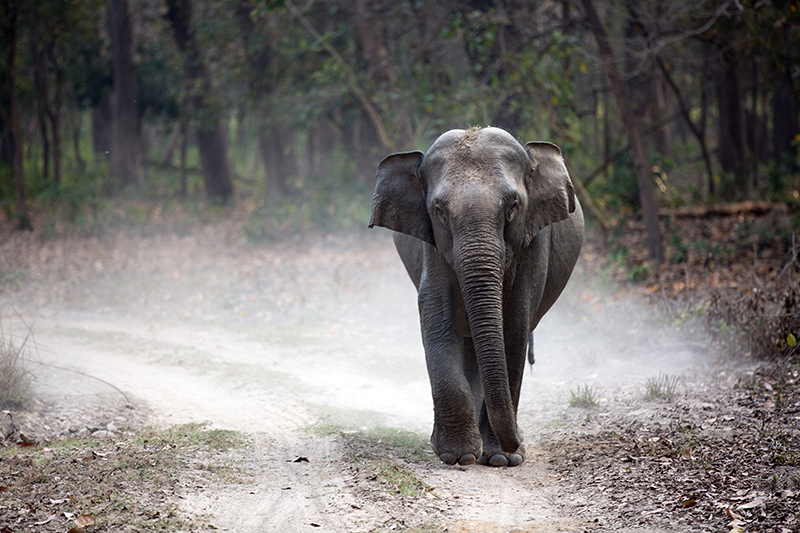 When people first meet you, they tend to notice that you're a bit quiet. You're pretty shy, because you're not all that comfortable with new people. But once you're ready to open up, people see how energetic and exciting you really are. Pigs tend to be this way, too. One minute they'll be super mellow and the next they're ready to take on the world. Just like you, pigs are kind and caring creatures, always wanting to befriend other animals. They're pretty good listeners, too—something you're extremely good at. 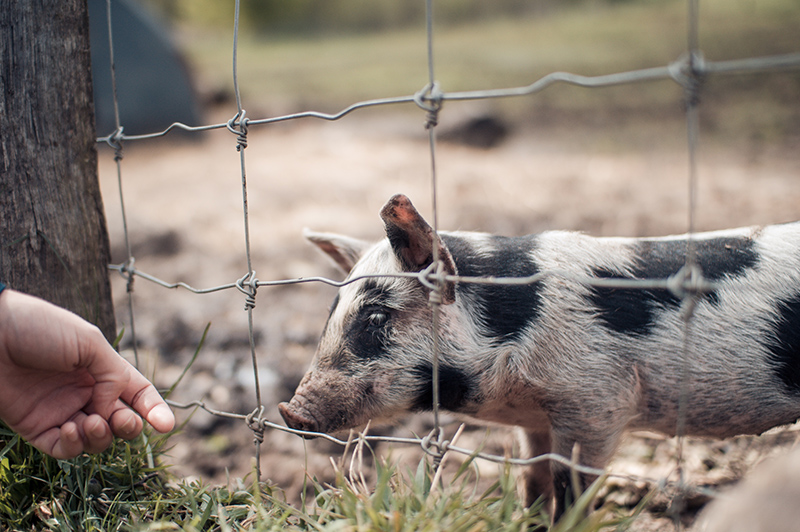 Compassionate and gentle, you're someone others can't help but adore. You always put the needs of your loved ones above your own, helping them as best you can. Because everyone loves you, it's obvious you're a dolphin. Has anyone ever said anything bad about these smiling creatures? Nope! You're also a water sign, so you feel at home when you're swimming in some body of water. Dolphins are also known for being one of the smartest animals, and you're one intelligent human being. 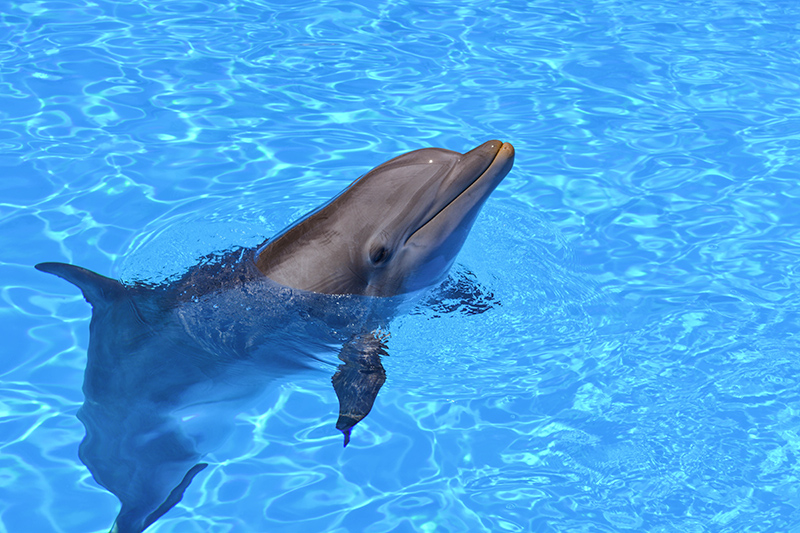 Your energy knows no bounds, Aries. You're constantly staying active, both mentally and physically, because you cannot stand to stay still for long. Wolves share this characteristic with you, always running around with the members of their pack. They're also known for showcasing strong leadership qualities, which is something you know all too well. If there's one person everyone trusts to get the job done, it's you. Yet you both are known for being a bit moody and aggressive whenever you don't get your ways. 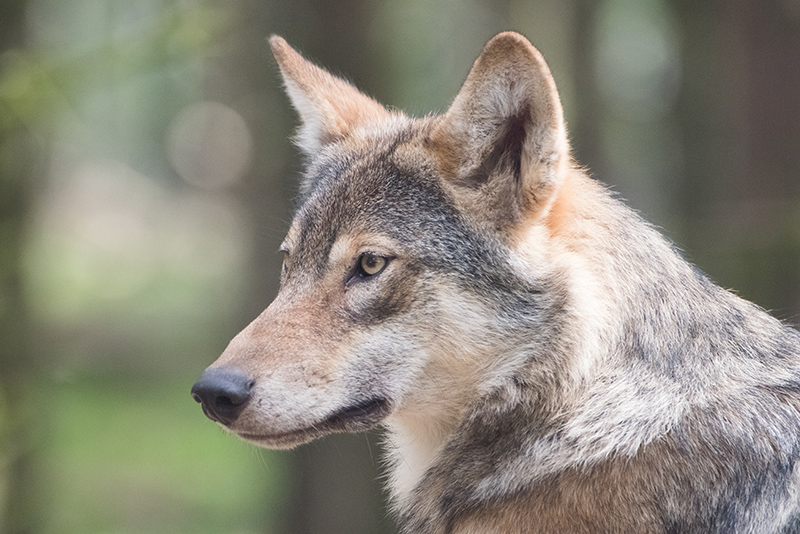 You're certainly the most reliable sign of the zodiac, Taurus. There's no one anyone would rather turn to in their time of need than you. You're all about routine, tending to avoid change as often as possible. Bears follow a pretty strict schedule that they never stray from (what, with their hibernation patters and all), so there's one thing you have in common. You also like nice things, but you're not afraid to work for them. Bears are the same way, but moreso when it comes to finding food. If they want salmon, they'll get salmon. 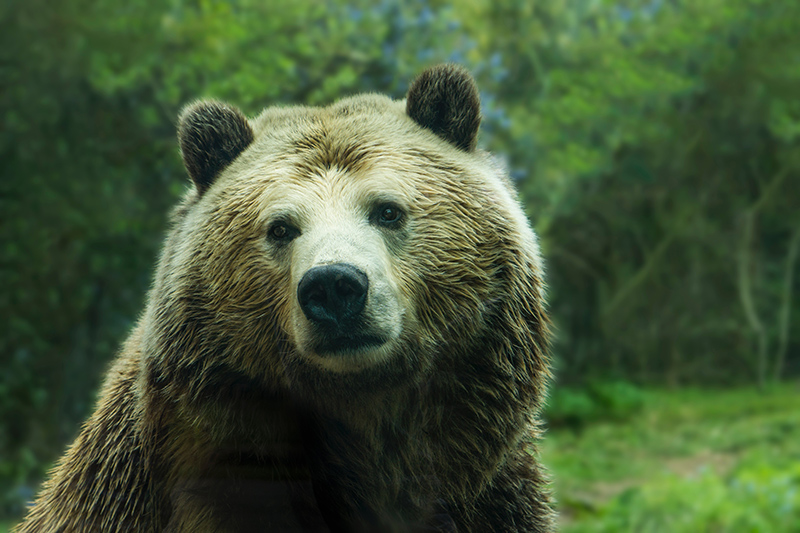 You're most similar to a gorilla, Gemini. You're a gentle and affectionate human being. Same goes for gorillas, though they may not look it. You are a very social person, always curious about what others have to say or what they're doing. Gorillas are the same way, always communicating with those in their troop about what's going on or any new and exciting things one of them has learned. Gorillas are also quick learners, such as yourself. 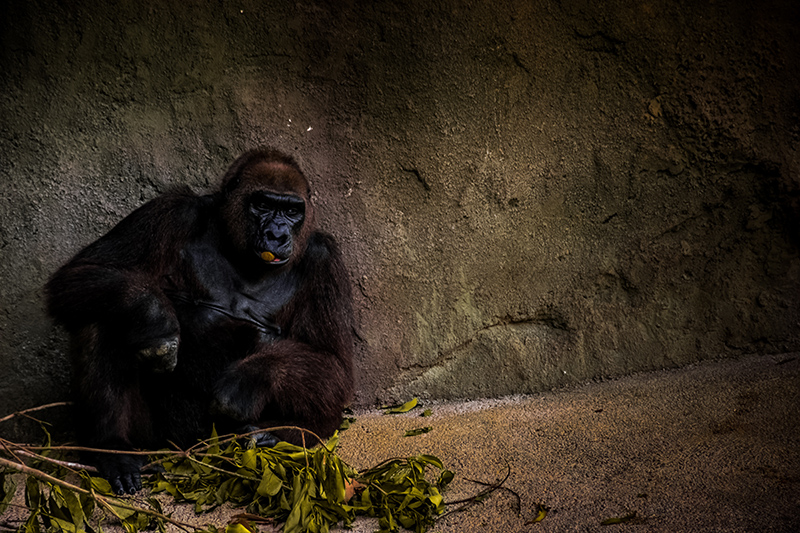 You're a pretty loyal person, always there for the ones you love, but you also tend to be a bit aloof from time to time. In this way, you're definitely like a cat. Those closes to you mean the world to you, but you have a funny way of showing it. Cats are known for their wishy-washy personalities, tending to be pretty difficult to understand. But you do like keeping things that way, because you're afraid others will hurt you. After all, you're more sensitive than you lead on, Cancer. 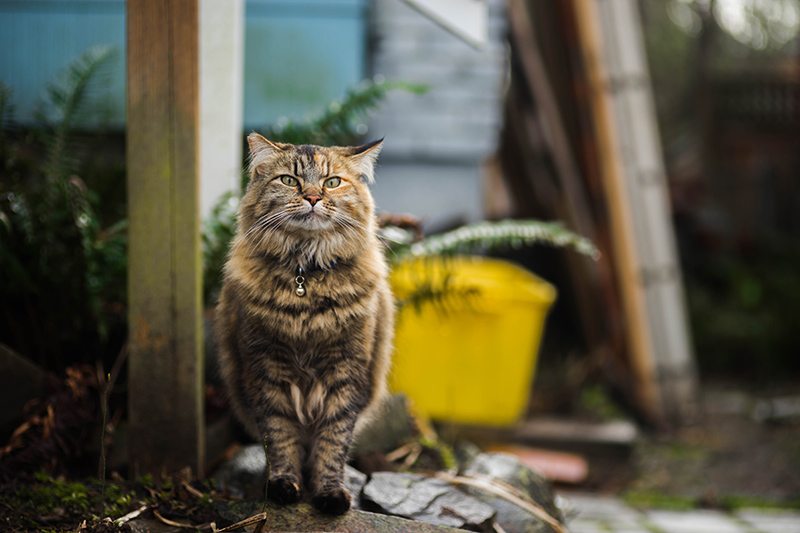 You probably already saw this coming, but you're definitely a lion, Leo. These radiant creatures are known as the kings and queens of the jungle, a title you, yourself, hold in the human kingdom. Lions are constantly marveled at and regarded as some truly magnificent creatures. They love this type of admiration, and so do you. Being the center of attention is your thing, so no one else better try and steal your spotlight. 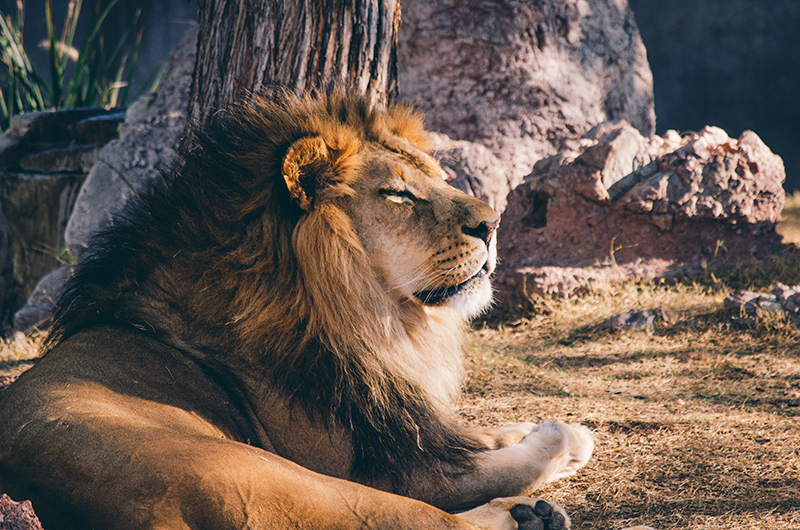 Want to know what everyone loves most about you based on your sign? Find out HERE.