Ann Makosinski is just 15 years old, but she's already created an invention that's making big waves across the Internet. She has invented a flashlight that runs not on batteries, but from the heat of the hand holding the flashlight. 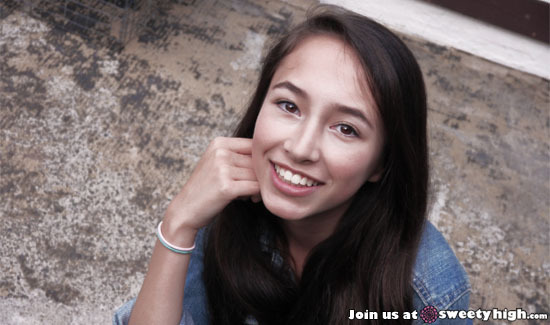 We spoke to Ann about how she first got interested in science, and about how her invention came to be!

Ann Makosinski's love for science stems from her childhood.

"I have been interested in the sciences for quite some time," she said. "Apparently, my first toy was a box of transistors, and I think my interest in science started there."

When she was younger, Ann would take scraps of household trash and glue them together with a glue gun. She called them her "inventions". She also took apart old computer hard drives and printers.

"I guess you could say I've been interested in Science for as long as I can remember," Ann said.

Recently, Ann has become known across the Internet for hand-powered flashlight, which she calls the "Hollow Flashlight."

"There were a few inspirations I had behind my flashlight," Ann said. "One of them was that I know a lot of kids my age in the Philippines who have failed their grades simply because they didn't have any available electricity/light in their home. Imagine what a difference it would make for them if they could have these flashlights/technology!"

Ann has also always been interested in harvesting surplus energy.

"Last year I had harvested kinetic energy of humans, so why not this year harvest the thermal energy?" Ann asked.

She started working on her flashlight project last July.

"There were times where I thought my project wouldn't work, like when my voltage was too low, or when I had difficulty creating an aesthetically pleasing design for the flashlight," Ann admitted.

Despite the difficulties she faced, she stuck with it.

"I think the fact that I knew that perhaps my technology could make a difference in peoples lives perhaps in the future really helped me keep motivated," she said.

Ann has participated in her local science fair since she was in the 6th grade. She first used a key component of her Hollow Flashlight in the 7th grade.

"I had decided to use Peltier tiles in my project, where I powered an mp3 player off the temperature differential between a candle and the ambient air," she said.

Peltier tiles basically generate electricity when heat is applied on one side and the other side is cooled.

Despite her ability to create the ingenious Hollow Flashlight, Ann isn't just a scientist. She plays both the piano and violin. She dances, sings, and performs in plays, as well as edits and directs her own short movies. She also helps her father on camera shoots. 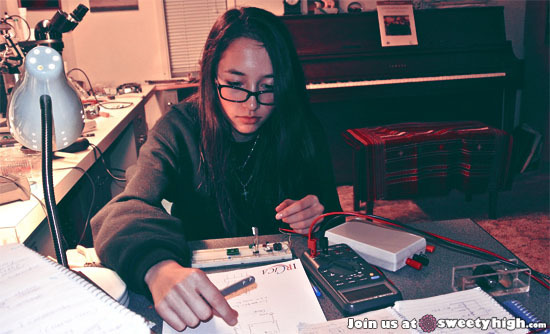 This year, Ann was a finalist in the Google Science Fair, which picks the best and brightest young scientific minds from across the world to showcase their projects.

"It's very exciting; nerve wracking, and also a great honor all at the same time," Ann said of the experience. "I'm basically representing Canada so there's a lot of pressure on me. I don't think I'll get anything at the Google Science Fair, but I'm just really excited to get to meet all the other finalists and people who are interested in the same field as I am."

Ann said she didn't think her project would get as far as it has.

"I'm still a bit in shock with the reaction I've gotten on the Internet and all over the world," she said.

Ann hopes to make more improvements to her final Hollow Flashlight before she goes to the Google Science Fair finals.

"I am planning on creating some other inventions soon afterwards," she said. "They most likely will be related to harvesting some sort of surplus energy."

We wish Ann the best of luck!