Anna Prosser Robinson is one of the foremost women in the eSports industry—and if you don't know her yet, you definitely should.

eSports generally revolves around multiplayer video games competitions, and Anna has carved out her own space in the industry by hosting events and sharing players' stories, all the while paving the way for other women in eSports.

She also appears in the new documentary, A New Hero: The Rise of College eSports. It follows college students in a Blizzard Entertainment Heroes of the Storm competition called Heroes of the Dorm. We got the chance to speak with Anna about her eSports experience, the documentary and everything in between. Here's what she had to say: 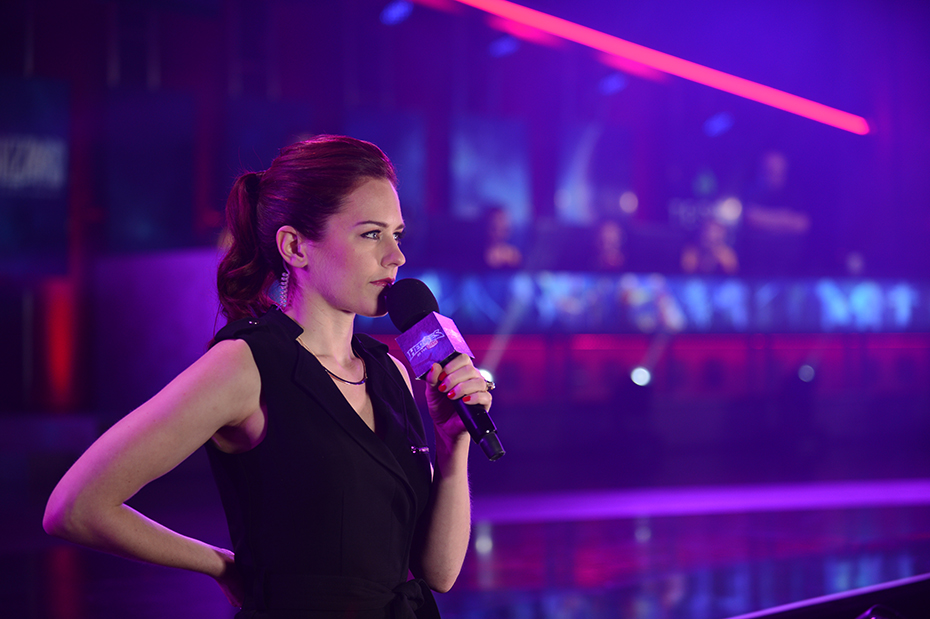 Sweety High: When did you first become passionate about gaming?

Anna Prosser Robinson: I was passionate about gaming way before the existence of eSports. When I was a kid I played a lot of PC games with my dad and brother, and I played my grandma's Intellivision console with her every time I visited. I played to connect with my family, and that's where it all started.

SH: Could you have ever anticipated eSports when you were a kid?

APR: Never. When I was young I did a lot of very subjective competitions in the performing arts, on dance teams and as a competitive speaker—things that people don't really think of as being competitive, but they are.

I don't think it surprised me when I discovered there were competitions for video games, but the depth of the community around them did. And of course, never in my wildest dreams would I have imagined that my entire job would come to revolve around those kinds of competitions.

SH: What has it been like to work in eSports?

APR: I come from Portland, Oregon, the home of the trailblazers, and I've always enjoyed doing and exploring things that people don't know much about. It's very fulfilling to work in an up-and-coming, almost counter-culture, industry. For the same reason it's been very challenging.

Take your parents, for example. They probably don't want to hear, "Hey, I'm quitting my job at a Fortune 500 financial firm because I want to go make very little money and live in a house with 14 boys who play Starcraft and base my entire living on video games." It was a very foreign concept for my parents and it was hard for them to accept.

SH: What exactly is Misscliks and how did it come about?

APR: It started about four years ago when I worked for Evil Geniuses, a pro gaming team, and my work revolved around competitive gaming, tournaments and commentating in eSports. I could count the number of women I knew who were in eSports professionally on two hands, and I was one of them.

When I went to tournaments, I would see maybe three or four other women professionally involved in eSports. There were so few that I felt very alone and other-ized, and I felt I had to be a more masculine version of myself to blend in. We'd see these compelling young women come in with lots of great ideas. They were bright-eyed and bushy-tailed and we'd be thrilled—but six months to a year later we'd look around and that woman would be gone.

We had to sit down and examine why we'd stayed and why other women would come before deciding to opt out. We theorized that it was because we had each other. We had a support network, so when it got really hard and and I really believed that no one needed me there, someone would say, "No, we need you. We want you. You can't opt out. It'll get better. I'm here for you."

These women needed a support network, role models and mentorship, and the primary idea behind Misscliks is to provide a place where women can reach out when they need that support.

Secondly, it's about creating gaming content that prominently features women, so that women can see that they could do it, too. We hope to inspire people, help them make connections and foster a positive online community. Now it's very centered around our livestream channel. Anyone who has an idea about a piece of content they'd like to create can pitch it and we can offer them the full support, not only of our network of women but of an established social media following and channel. We can give them everything they need to bring a show to fruition.

It has jumpstarted careers for a few women who were very passionate about certain subjects. Gillyweed is a good example. She came in and worked on a show with us. She got a footing and was catapulted to being one of the foremost commentators for Heroes of the Storm. 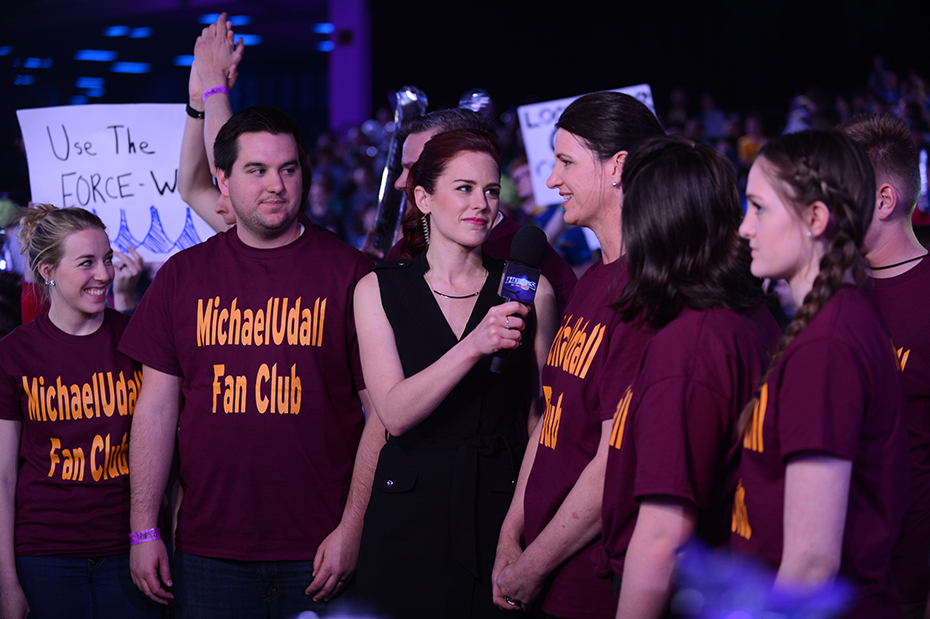 SH: What does it mean to you to be a role model in the geek and gamer culture for girls?

APR: When we talk about role models, people see someone who does everything right all the time. That's not what it means, especially in this industry where women's voices have traditionally been very few and not very loud.

As a woman in the gaming space, it's very important to be genuinely yourself, and not to try to fit into any boxes of what you think a woman should be. It's also about trying very very hard to do what's right and owning the fact that you're flawed. Let people see those flaws and work through with grace and with openness.

The most important quality I've seen in my role models is that they are human. They're like me, and when they make mistakes they own them move forward from them. There are so few women role models in this space that the temptation is to think that they all need to be perfect because they speak for all womankind, but all womankind if not perfect. Being a role model means very very openly trying your hardest to be the best version of you and knowing that you're always growing. 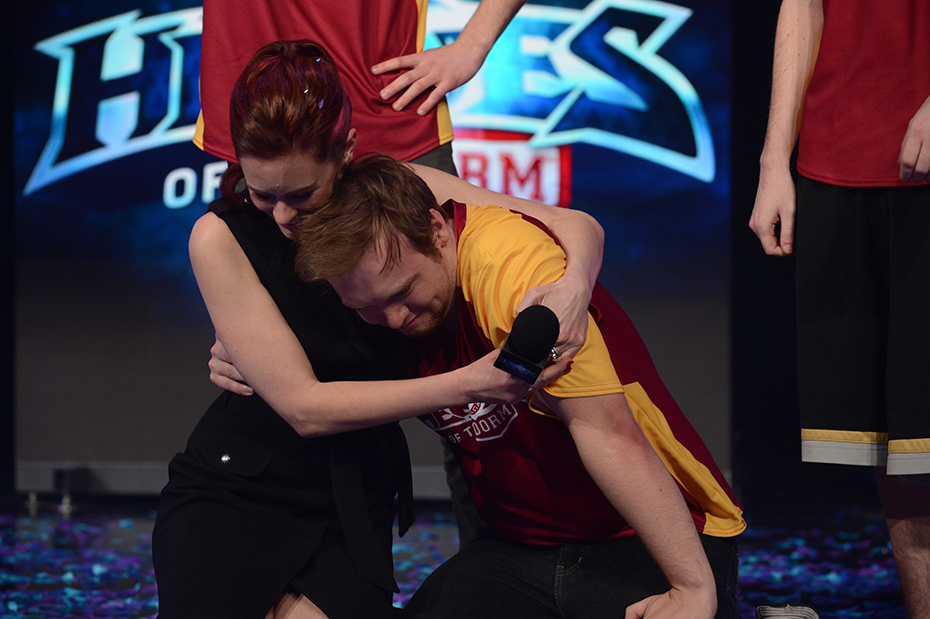 SH: You also host the battle arena gaming competition Heroes of the Dorm. What has that experience been like?

APR: Heroes of the Dorm felt similar to the early days of eSports when there was a ton of passion and youth and starry-eyed belief in what we were doing—but it also had this amazing support and infrastructure underneath it. We watched these young people work so hard for their dreams and something they believed in, and the $75,000 scholarship prize could be life-changing. I got to help tell that story, and I still cite it as one of the best experiences I've had in eSports.

SH: What was it like to be part of the documentary A New Hero?

APR: My interview actually took place a long time after Heroes of the Dorm happened. When they sat me down and asked me to talk about the matches, I was afraid I wouldn't remember the details well enough. But as soon as I started talking, everything that mattered just came flooding back—and what really mattered were the human stories. Then the games came back, too, because they were so relevant to those stories.

Watching myself in the documentary was really neat because I'd been in many eSports documentaries before, but I hadn't been a part of one that explained it in such an accessible way for someone who wasn't familiar with that world. It feels like a big accomplishment not just for myself but for this fledgling community that I've been a part of since the early days.

SH: Why do you think it's important to tell these stories?

APR: As the documentary pointed out, it's about being who you truly are, doing what you believe in and finding ways to use that for your own betterment and for the greater good. Video games themselves do have value in entertainment and self-examination, but when you bring that a layer further and you're doing that with people in a community, you're providing a place for people to belong and sharpening your own self against other people as well as helping yourself grow. Then when you take that up another level, you're building a following in a growing industry, and with a prize like college tuition, it really validates the investment of time you've made.

Heroes of the Dorm is important because it shows that if you have intention and do something with purpose, then doing what you're passionate about can be really worthwhile. Even if people think eSports are a waste of time, when they see you achieving your dreams and making an impact on your life and the lives of others, they can't help but be moved and changed and impacted by your passion and your hard work. 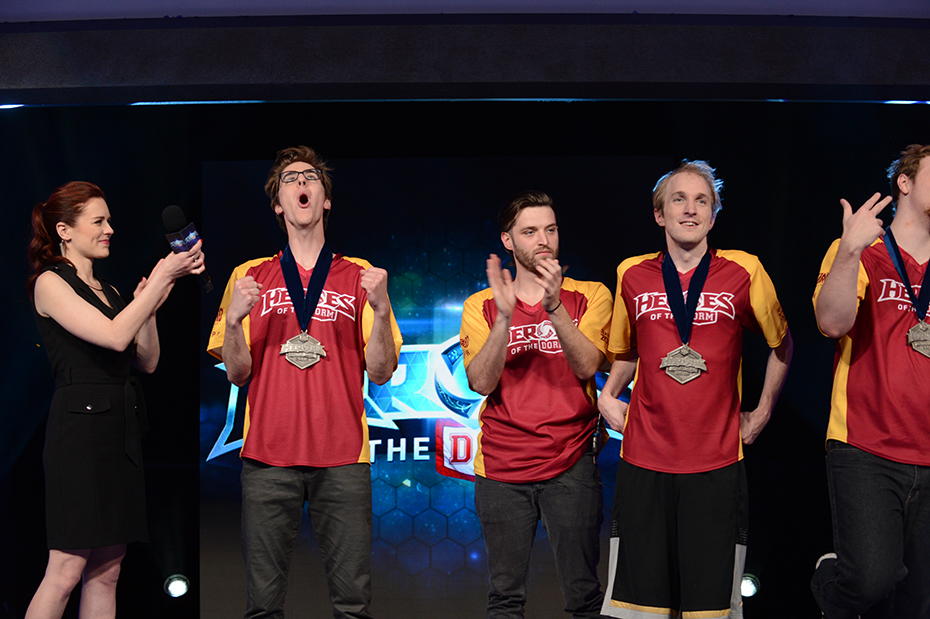 SH: What advice do you have for girls who want to do what you do?

APR: The first, most important step in getting a job in eSports is to make sure you really know yourself. Know who you are, what you're really good at and, most importantly, your goal, what you want to achieve and the impact you want to make. Knowing those things will help you identify where there's a good opportunity for you in any industry.

When I first became aware of eSports, I knew I really wanted to be involved. But I knew I wouldn't have the patience, time or skill to be a pro gamer, and I didn't have the interest level that would allow me to be a commentator. What I did have was extensive experience in front of the camera, an ability to help people tell their own stories and a passion for video media. I identified a hole I could fill.

At that time, no one else was creating content around players. I got out my camera and started making event montages and I interviewed players and posted them on YouTube. It turns out people wanted to see those videos, and that started me on my path to getting hired by companies to do interviews and host tournaments and become recognized as an authority in eSports.

Once you identify what you want to do, just start doing it—before asking for permission or waiting for that opportunity. Start creating what you want to create. Then, if you're doing a really good job and there's value, then it'll become a job before you know it.

You can watch the full documentary of A New Hero: The Rise of College eSports, below:

If you're not in eSports but you'd like to be, you have to start somewhere! Click HERE to read our beginner's guide to Minecraft.