Everything You Need To Know About Teen Wolf's Arden Cho

Arden Cho is an actress known for her role as Kira on MTV's Teen Wolf. She's also a successful musician with a huge YouTube following and an entrepreneur, co-founding the watch company Leonard & Church. In a new interview with Arden, she dishes on the different aspects of her career and reveals some secrets about herself you won't find anywhere else!

What's the single weirdest item in your purse right now?

2. Is it weird that I'm not carrying a purse these days? I've been into just minimal – keys, wallet & phone. But I do have a little backpack that I carry when I take Chewy out and that is filled with wee wee pads and dog treats.

If you could be any mythical creature, other than a kitsune, what would it be?

3. A Phoenix or a dragon. I think it'd be fun to fly around the world and see everything from a bird's eye view.

What's the last song you had stuck in your head?

4. "Making Memories of Us" – Keith Urban (I was listening to my favorite country mix driving to set)

Which one female icon is your biggest inspiration?

6. I don't know if this is a weird habit or character flaw but I love singing along to songs but I'm usually singing the wrong words because I never know the lyrics! I also have the worst memory so I always forget everything. I'm constantly asking my friends – do I know this person or what did I have to do today? I feel like Dory from Finding Nemo sometimes.

Do you have any secret talents no one knows about?

7. I'm very good at painting nails, like salon good! I paint my nails on set every day when I play Kira Yukimura on Teen Wolf because I'm such a perfectionist. I hate it when even one finger is slightly smudged or chipped.

If you could eat any meal right this minute, what would it be?

What has it been like to be part of the Teen Wolf cast?

Amazing! I get to play a supernatural, sword wielding, tough girl! No complaints here!

Your character is a kitsune- what have you done to bring that mythology to the screen in a modern character?

Before filming the show I read up on Asian mythology and about the Kitsune but Teen Wolf has their own spin on it to fit the Teen Wolf world. Up until now Kira has been learning about her powers with the audience, most of it is still unknown. I think Season 5 will develop more of Kira's thunder Kitsune background and hopefully answer some questions.

How does the knowledge that she has those supernatural powers affect the way you play the character in her everyday life?

It's as new to me as it is to Kira. So it's fun to play up the awkwardness and the uncomfortable feelings she has with her powers. Definitely hesitant but she's starting to get the hang of it.

How are you and your character, Kira, similar, and how do the two of you differ?

We're similar in many ways. We both care about our friends and the well being of others. I think we're both fairly honest, bad liars, awkward, dorky but still trying to be strong independent women. I think Kira is a little braver than I am and also more confident. I'm starting to catch onto that boldness though, it's fun.

What was your involvement in the founding of watch brand Leonard & Church?

All of us play a key part. What started out as a small idea among friends has recently become a reality. We all come from different backgrounds but share common passions. We've come together to create high quality + handmade + fashion forward pieces without the inflated retail prices. I love that I get to design and create beautiful and stylish time pieces to share with the world.

Did you go into the venture as more of a fashionista or an entrepreneur?

I think I initially went into it more as an entrepreneur but as I get more and more involved in developing new designs and shaping the brand I believe my fashionista side is making a stronger appearance.

Why is that something you're passionate about?

For starters, I love watches. I'd buy them all if I could. But even with all the beautiful watches in the world, sometimes I still can't find what I'm looking for. It's exhilarating to be able to create exactly what I want and what I think would be perfect for my friends and family to wear. When I have something good I want to share it. And because I'm confident in the quality and design of our Leonard & Church watches it makes it easy to be passionate. The added bonus is that by partnering directly with quality manufacturers we've skipped the middlemen and all the markups along the way. I believe everyone deserves to look and feel great regardless of how much money you spend. 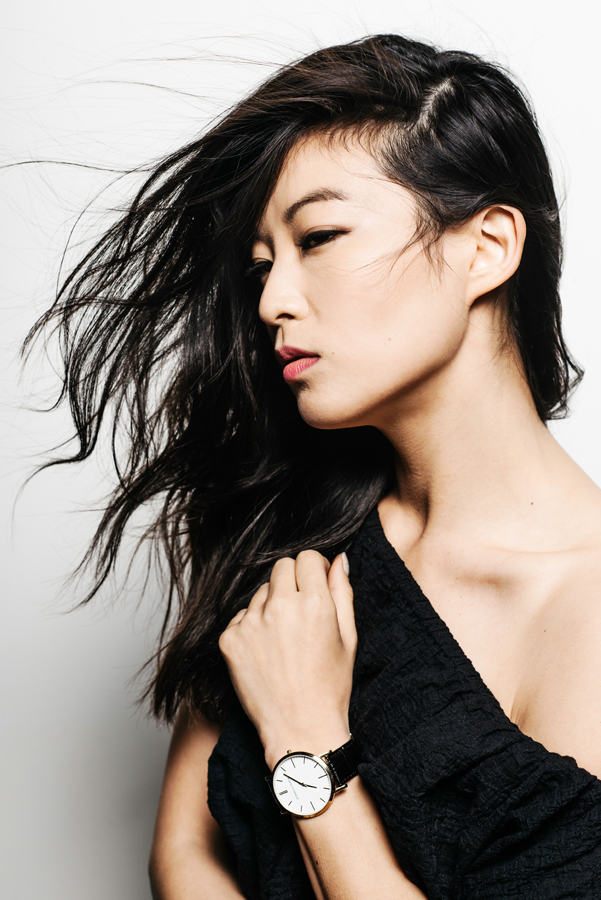 You've also got a successful music career, particularly on YouTube. Do you think your acting has influenced your music?

I think in a way they both influence each other. My experiences and memories definitely influence the way I write my music and the way I interpret songs. But I do believe that growing as an actor has created a new found confidence in me as a singer.

Out of singing, acting and being an entrepreneur, what are you most passionate about?

Hmm, that's a tough one. Singing was actually my first love. I was just too scared to sing in public for most of my life and I still get a stomach full of butterflies. But acting is what helped me overcome a lot of fear and opened me up as an artist. Now, being an entrepreneur has given me a new found level of confidence and empowerment. All three have played key pieces in my life and are much more intertwined than it would seem. I feel like if I made another album today, the growth in acting and the experiences as an entrepreneur would really shape my album in a whole new light. I guess this is kind of cheating but I'm going to have to say, all three.

And how do you balance all of them in your life?

Never sleeping. I'm just kidding. I do sleep, here and there. I wish I had more time but I try to do as much as I can. Honestly, I wish I had more time to work on music and Leonard & Church. These days my priority is filming Teen Wolf Season 5. Once we wrap up production I'm hoping to record another album and hopefully continue developing Leonard & Church. I have a new line of designs coming out in the summer which I've been spending a lot of time on so I'm very excited! I hope you check them out!

Love Arden? Be sure to let us know what you thought of the interview in the comments below. You can also join our Teen Wolf fan community at SweetyHigh.com.