Ariana Grande and Pete Davidson Are Eyeing a 2019 Wedding, and Planning It Is 'Sick'

All eyes have been on Ariana Grande and Pete Davidson ever since their whirlwind romance turned into a bonafide engagement in June, and there's a good reason for the excitement—especially now that they're in the "sick" wedding planning phase.

Ariana chatted with Good Morning America's Michael Strahan on Wednesday, and she gave him a wedding update. If you've been wondering when they plan to walk down the aisle, look to 2019.

Ariana told Michael that they're taking their time planning it and enjoying the process. It's been a group effort so far that includes their friends and her mom, and she said "it's sick." 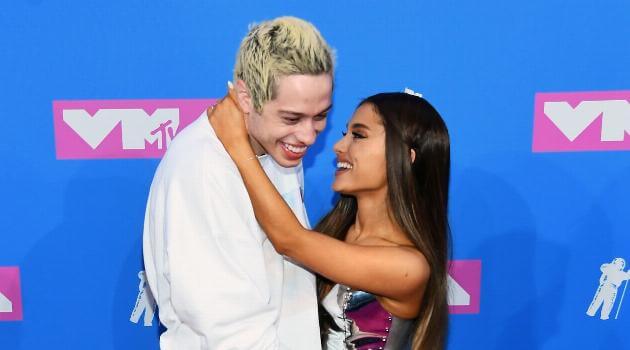 "[We've] been brainstorming and sharing ideas and stuff, and it's really fun," she said. "I work so much, I've never spent this much time and energy planning something personal that feeds my soul so much and my heart."

As usual, Ariana had plenty of mushy and romantic things to say about her fiancé. When asked about him being her soulmate, she told Michael, "You just feel it, you know? He just ticks every box and just gets better every day. … I'm very grateful for him." Aww.

She admits they might be "so annoying," but hey, they're owning it and we respect that.

Expect a lot more lovey-dovey cuteness leading up to their big day.

If you're into celebrity weddings, click HERE for some updates on Justin Bieber and Hailey Baldwin's upcoming nuptials.