Asher Monroe Shares How Being a Husband and Dad Influenced His New Album, Windows of Time

With the release of Asher Monroe's third studio album Windows of Time, it's clear he's on a bold new path.

The singer-songwriter and producer's latest release has a strong sense of introspection and maturity to it, featuring eight reflective and powerful tracks that are a deep dive into his soul, demonstrating his growth as both a songwriter and as a human. With a richly orchestrated sound, packed with dramatic flourishes, the album channels his pure inspiration—brought, in part, by his relationship with his wife, Diana Jenkins, and their young daughter. We had the chance to chat with Asher all about the new album and the changes in his life, and here's what he shared with us.

Sweety High: What does the album name Windows of Time mean to you?

Asher Monroe: The name Windows of Time is another way for saying moments in time. Every album I have made, I was in different places in my life, not so much physically, but emotionally and spiritually. The topics/subjects in things I wanted to write about evolve over time and this album is a snapshot or glimpse into my headspace. I'm also really into surrealist art and the idea that through each window can lead to a completely different world reflected my writing style for this album.

SH: What do you feel are the overarching themes of the album? What kind of journey do you hope to take listeners on with it?

AM: "Wanderlust," the first song on the album, touches on adventure, discovery, empowerment and nature. The fourth song, "Story of a Bird," weaves through doubt, bravery, mistakes and mystery, while "Season in the Sun" touches on courage, patience and coming of age. Each song on the album creates a carefully woven story that will embark listeners of all ages and backgrounds on a journey of self-discovery. 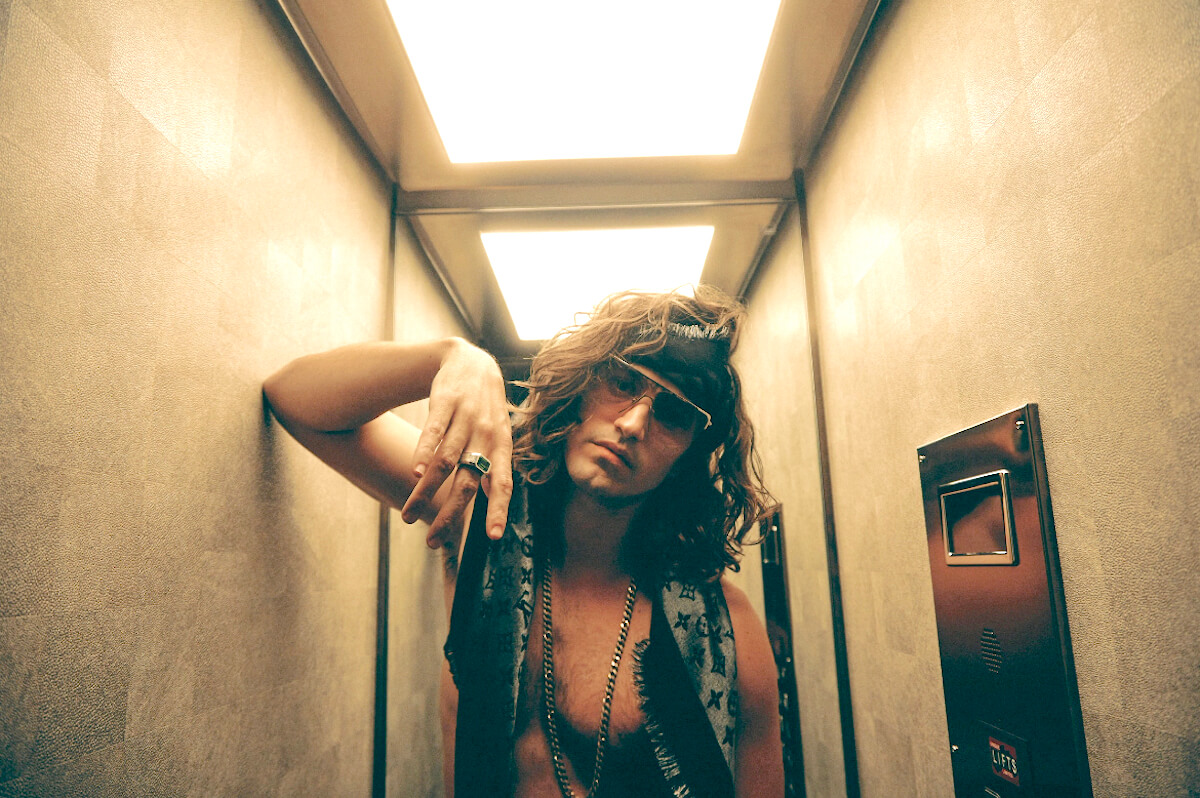 Also read about: Citizen Queen Give Sass and Confidence in Their New Single, 'XO'

SH: How have your relationship and the birth of your child been instrumental in the creation of this album?

AM: Being in a long-standing serious relationship has helped me grow from a boy to a man. Having my own child brings out the inner child within me while still tackling all the nuances of life. If I were single and traveling the road, I would probably be making much different music, but the strong roots engraved in my DNA have proven otherwise that having a strong foundation and home life has been instrumental in who I am and the type of songwriter I am privileged to be.

SH: How do you feel that both you and your music have evolved and matured since Inner Warrior?

AM: Inner Warrior, interestingly enough, was the tipping point, almost like a compass guiding me in the right direction. I had been holding onto original songs that ended up fitting together really nicely in a collective body of work. You have to remember at the end of the day, when you write your own music, you the artist will always be the common thread no matter if you lean a little too far in any direction. Finding a producer to add all the bells and whistles is what made it stand out differently. It's fun to look back at the last three albums—Inner Warrior, Talk With God, and now Windows of Time—to really take a step back and see how much growth happened between each album.

Also read about: Denitia Relishes in the Moment in New Single 'All the Sweet Tea'

SH: Do you feel like you learned a lot about yourself in the process of looking inward and creating these new songs?

AM: Most definitely! Music is like my personal therapist. Instead of bottling up all my thoughts and emotions in my head or burying them far away, I'm able to put my emotions into the material I write about, and through that process, I learn more about myself. I ask more questions, I learn why I reacted or felt a certain way, and healing naturally takes place in the process. Songs are like taking a picture. It's a glimpse into what that person was thinking or feeling at that time. Songwriting for me is very therapeutic and almost a form of meditation, constantly looking inward.

SH: Do you have a favorite song on the album? If so, which one, and why?

AM: That's a really tough question. It's like asking a parent with more than one child who's your favorite? Some days I want to jump out of the victim mentality and blast "Try Me." Other days I might go down memory lane to when I had a squabble with my wife about whether to bring a towel or not to the beach which is how "Rose Amidst The Thorns" came about. If I am ever in the mood for an intricate string section, I might play " Midnight Masquerade." I'm dancing around the subject of what's my favorite because I really can't answer that. Maybe it's a good thing there's not some clear commercial hit song and the rest are just fluffers. Every song on this album has a story behind the making of it and I have a very personal connection with each one. I truly hope my current and new fans become as immersed in listening as I did by writing each one. 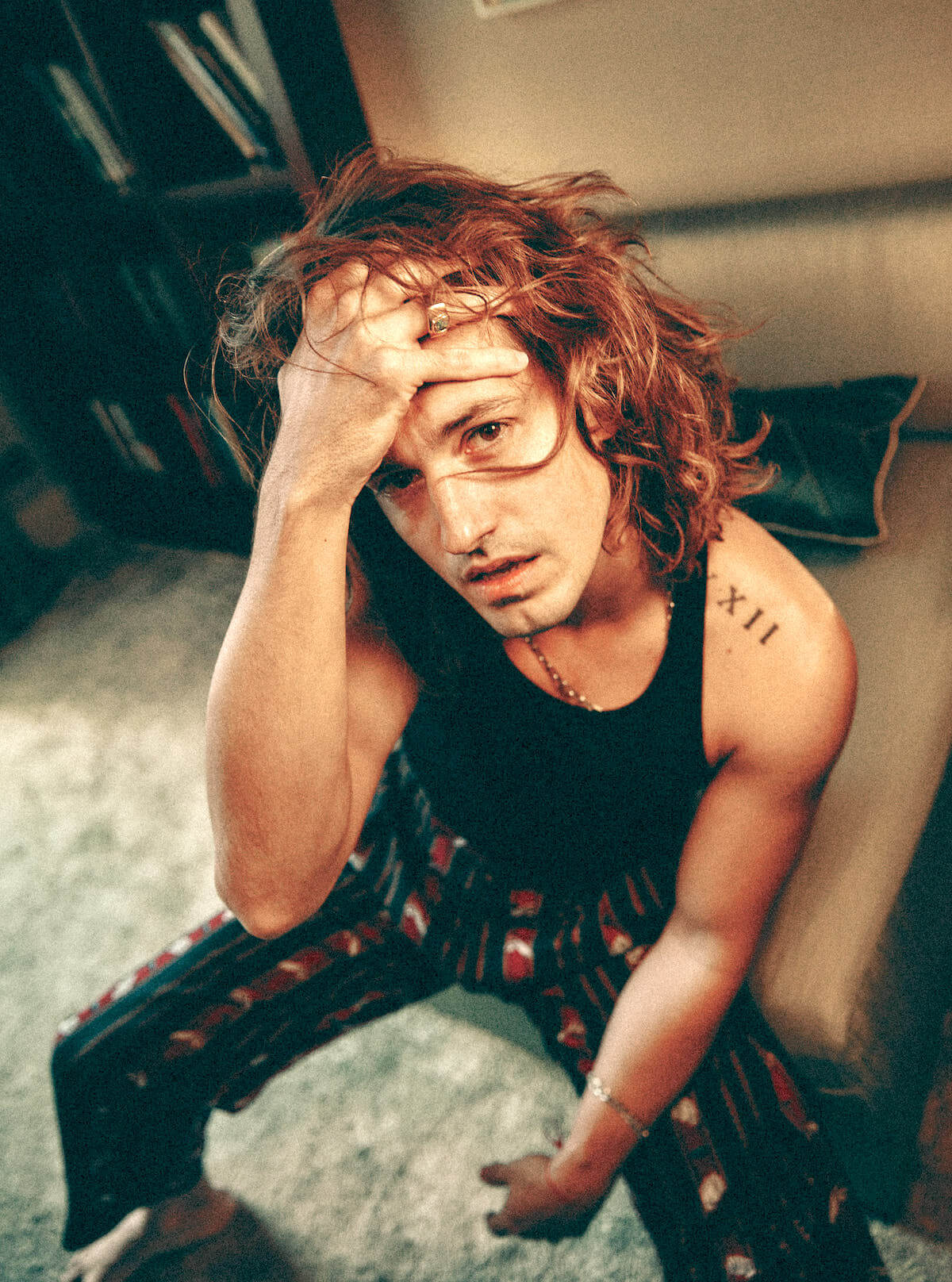 AM: I really appreciate your time in asking such insightful deep questions. I appreciate very much you putting a spotlight on this labor of love album. Lots to be continued…

For more on new music we're loving, click HERE to read our interview with Nitti Gritti on his Dylan Matthew collab, "Drive You Crazy."