Ashley Boettcher is a young actress who stars in the new Amazon original series, Gortimer Gibbon's Life On Normal Street. The first season is available on Amazon today, so we spoke to Ashley and the rest of the cast about the show! 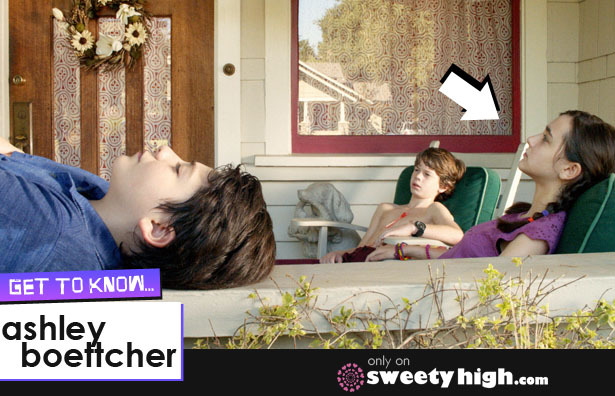 Ashley told us that her start in acting is a very long story.

"The short answer is that all of the right doors opened and I was born to do it," she said.

On the show, Ashley plays the role of Mel Fuller.

"She's kind of the brains behind the operation, though every one of the characters is special in their own way," Ashley explained. "She loves adventure and she loves her friends to the end of the earth."

When she first got introduced to the series, Ashley found it easy to relate to Mel.

"It was kind of funny because when I first read the script for the pilot, I identified with the character immediately," she said. "Honestly there are too many things that we have in common to list out."

"I am extremely excited to be part of the first Amazon original series for kids because as a viewer, one of the things I love about Amazon is that I want to binge watch," Ashley said. "I want to watch every episode in the season of my favorite show, back to back, and that's what you're able to do with Gortimer Gibbon's Life On Normal Street. I just feel really honored to be part of the Amazon streaming revolution, so to speak."

Plus, the show isn't quite like anything viewers have seen.

"I think the thing that makes Gortimer Gibbon's Life On Normal Street different and unique from all other kids shows is the fact that it's a real show about real kids going on amazing adventures," she said. "And at the end of every episode, there's a moral."

She said that she hopes people will enjoy watching the show as much as she enjoyed making it!

If you enjoyed this interview, stay tuned for interviews with Ashley's costars Drew Justice and Sloane Morgan Siegel. Also be sure to check out the first season of Gortimer Gibbon's Life On Normal Street  on Amazon Prime Instant Video, and join our community at Sweety High!