15-year-old Ashley Gong from Sandy Hook, Connecticut is one of the five National Student Poets of 2014! In a recent interview, Ashley spoke with us about her connection to poetry, culture inspiration and more! 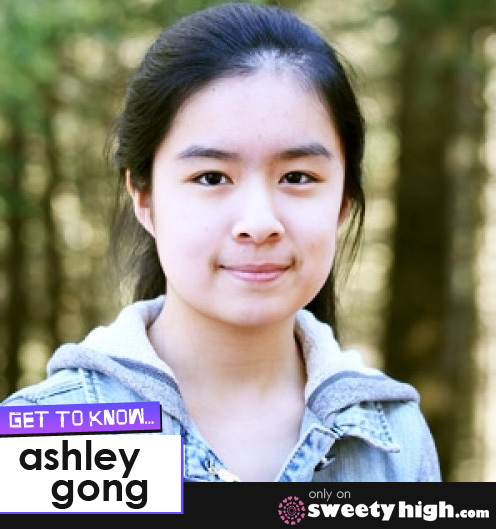 As opposed to prose, poetry is literature that focuses on aesthetic and rhythm. Some people may think of poetry as more restrictive and confined than prose, but Ashley disagrees with that way of thinking.

"Since there are no limitations regarding form or style in poetry, there are so many avenues of creative expression to be explored," she explained. "It is this inherent freedom that allows so many diverse voices and styles of writing to thrive and engage with one another."

She said that, like technology and social media, poetry has the power to form strong connections between people.

"Poetry can foster an incredible sense of closeness, even between strangers, mainly because of its ability to relate the universality seen in much of the human experience," she said.

Ashley was also influenced by her upbringing. Her parents are first generation immigrants from China who often read her Chinese poems when she was a a toddler.

"More than anything else, I think that being exposed to Chinese poetry throughout my childhood has emphasized the value of the oral tradition in my mind," she said. "In history, long before poetry existed on the page, it first thrived as a way for a group of people to connect and engage with one another in a shared communal space."

She explained that when her parents read this poetry to her, they were doing much more than reciting words from the page.

"They were both sharing their roots and passing on stories from their motherland," she said. "Through poetry, I was able to learn about my own heritage and forge unique connections with my parents. Although we had grown up in different countries, I realized that the messages they shared with me held universal truth."

This experience made her closer not only with her parents' culture, but with her own sense of poetry.

"I, too, strive to use the medium as a lens to see the world through the perspectives of both myself and others," she said.

Ashley is also a lover of ancient Latin texts. These texts and their link to ancient human history have always intrigued her.

"I've always viewed poetry as not just a bridge between people in the current time, but also between people throughout time," she said. "By reading Latin texts, I can see and experience the world through the eyes of someone who lived long before me."

This passion is also tied to Ashley's poetry.

"Since every poem we write is a continuation of a centuries-long interconnected thread of experiences started by all of the poets before us, I believe that it's important to hold onto the words of our literary predecessors in order to preserve the stories of the past," she said. "For me, ancient Latin texts serve as a collective reservoir of experiences from which I can both add to and draw from as I move through life."

Ashley has used her poetry to process her opinions and thoughts and find the answers to the questions on her mind.

"For me, poetry is a process of self-exploration and the search for truth," she said. "By sculpting words on the page, I can work through my thoughts, emotions, and try to capture the minute intricacies of the human experience."

She also uses poetry to capture her feelings on the world's happenings.

"I often draw inspiration from the news, my imagination, and even from mathematical, scientific, and musical concepts," she said. "Some of my inspiration also comes from finding the extraordinary in the seemingly ordinary aspects of daily life. The first line in many of my poems often comes from a single catalyzing phrase or image that acts as an igniter in sparking the rest of the poem."

She added that she's extremely grateful to be part of the National Student Poets Program, thanking the President's Committee on the Arts and the Humanities, the Institute of Museum and Library Services and the Alliance for Young Artists & Writers for making it all possible.

"I'm so honored and excited to represent the Northeast Region as a literary ambassador this year," she said.

She also wanted anyone who's ever flirted with the idea of writing to go out and give it a shot.

"I'd like to encourage anyone to pick up a pen and write, even if just for a short period of time each day," she said. "There's a poet inside of everyone; it's just a matter of unlocking that voice!"

You can read some of Ashley's poetry here! Stay tuned for more interviews from this year's National Student Poets, and share your own poetry with us at Sweety High!