All of the Most Awkward Types of Crushes, Ranked From Least to Most Embarrassing

There are crushes, and then there are the super awkward crushes that you keep to yourself because they're so difficult to understand.

We've all had at least one of these at one time or another, which can leave us feeling super embarrassed even over the most innocent crushes. Here's our ranking of the most awkward crushes, from least to most embarrassing.

Having a crush on someone you see all the time but know nothing about can be pretty weird, and it's even stranger that you can have so much control over when you see them. You might find yourself repeatedly going out of your way to visit that Starbucks instead of the one closer to you because there's a chance you'll run into your crush there. While that's a little bit awkward, it's not like you'd never tell your friends about it, so it's not enough to push it higher on this list.

No one likes to admit that they're still crushing hard on their ex, but it happens. While you'd like to internalize the fact that things didn't work out (and maybe even that they were a big jerk), you're still holding on to old feelings. While those tricky emotions may be something you're not willing to share, there was obviously a time when you thought there was something admirable about them, and your continued crushing isn't the end of the world.

13. A Celebrity Who Was Cute Decades Ago

Sometimes you catch feelings for someone who was gorgeous in the '50s, and you can't do a thing about it. Whether they're like 90 now or have since left this planet, it can feel strange to admit you have a crush on them. However, it's a little less strange (thanks to the internet) when you have access to their old videos and photos 24/7 and can pretend they never got old in the first place. There's probably a community waiting for you on Tumblr consisting of people your age who feel the exact same way.

12. The Weird Kid at School

Sometimes, a weird loner at school can shift from someone who totally creeps you out to a person who makes your heart flutter in a single moment—even if you can't necessarily identify what that moment was. Maybe you're intrigued by their not quite fitting in—and the fact that no one else would understand the appeal can make you like them even more.  While embarrassing, there are certainly worse crushes you can have. 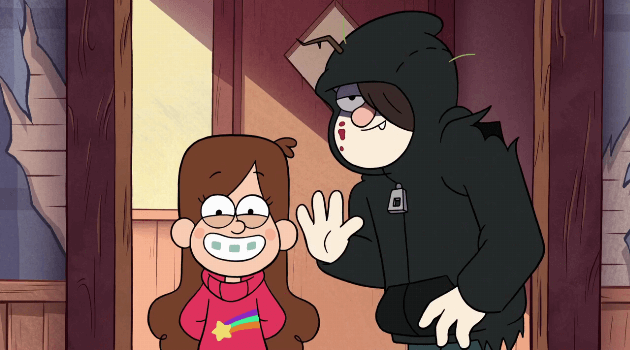 We don't even understand why it's possible to have a crush on a cartoon character, but it happens to the best of us. Maybe you have the hots for a Disney prince or princess, even though they're just a bunch of ink on a canvas (or pixels in a computer program). At least a fictional cartoon character never has to find out you like them, right?

10. Someone You Can't Stand

Being attracted to someone you think is a bad person is the absolute worst. Whether they're actually mean and evil or just rub you the wrong way, it's tough to make peace with liking someone you definitely do not like. Part of the shame in crushing on them is that you wouldn't ever want anyone to know about your feelings. You wouldn't ever want someone to think you actually agree with what they do and who they are.

Sometimes, it can be even harder to fall for someone you really care about than someone you dislike. Being your best friend means they're probably great and totally crush-worthy, but that doesn't mean the situation isn't tricky. People have probably teased you about being a couple since you were little, so it's awkward to admit that you wanted them to be right all along. Even worse, the truth could either make you a couple or drive you apart in a way that can't necessarily be prepared. Until you're absolutely ready to know how they feel about you, it's best they don't know about it.

While crushing on a best friend is a complicated situation, crushing on their S.O. is super off-limits. It can put you in the weird situation of being jealous of your friend because they get to be with their significant other, and being jealous of the significant other because now your friend is spending all of their time with them instead of with you. You can pretty much never tell your friend, and you'd never act on your feelings, but that doesn't mean you still don't get a little nervous any time they're around. But if anyone found out, you'd probably collapse from embarrassment. 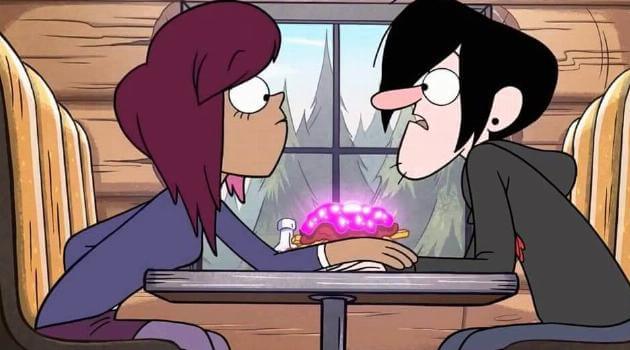 If anything, your sibling's S.O, is even more forbidden that your friend's because it's interfering with family. It's especially bad when this person is over at your house all the time, giving you way too many opportunities to make a fool of yourself, and not only cause major embarrassment, but also alienate everyone in the immediate vicinity. Again, you shouldn't act on this crush—but we're guessing you already knew that.

Certain crushes get exponentially more tricky when you're involved yourself. Don't even get us started on crushing on your S.O.'s best friend. If you had any control over who you would up liking, this would probably be one of the last people on your list. In this case, the truth is not only awkward but a potential dealbreaker. Unless you're really open and your relationship can handle anything, it's probably best that this one doesn't get out there.

It's a normal part of growing up to crush on people who are older than you, and the unfortunate truth is that when your celebrity crushes are all adults, some of your real-life crushes might be, too. It can be pretty much anyone, and few things are more awkward than having a big ol' crush on a friend of your parents. Sometimes, the more weirded out you are by the crush, the stronger it gets, but thankfully it'll pass if you just give it time.

As weird as it is to have a crush on a cartoon character, it can be even weirder when your crush is on a cartoon animal. Maybe there's something about Simba from The Lion King or the animated fox Robin Hood that attracts you to them. Sometimes, the crush can even be on an inanimate object. We're aware that some people have had crushes on Lumière from Beauty and the Beast. While we're not here to pass judgments, we do think talking about it can be kind of uncomfortable.

This is a lot like the formerly hot celebrity example, except taken to the extreme. Maybe it's not the weirdest thing in the world that you have a massive crush on Harry Houdini, or that you love carrying around a $10 bill because you think Alexander Hamilton is dreamy—but maybe it is. Still, when your crushes can transcend centuries, maybe you own your odd infatuation and don't care who knows it. 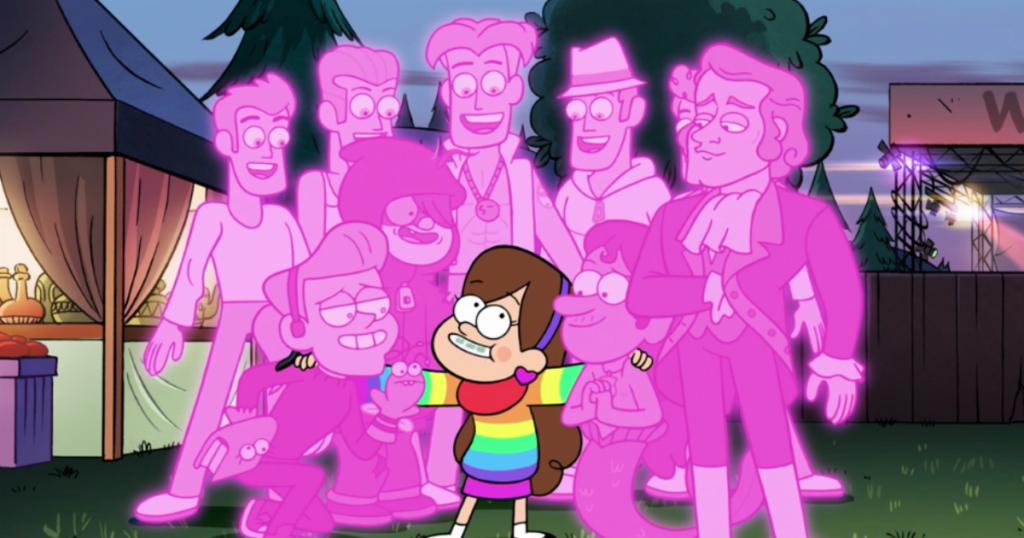 A crush on your teacher is extra awkward because you see them pretty much every day, and the more time you spend in class with them, the deeper the infatuation can grow. Not only can it be super distracting for you when you're trying to learn, but if they ever found out, it would be incredibly embarrassing—making it even harder to focus in class. Try to keep your cool and act normal and the crush will probably go away on its own (and if it doesn't, you won't be in that class forever, anyway).

As innocent as your crush on a friend's parent might be, it's super awkward for everyone involved. Not only can it be embarrassing to crush on a grownup in your direct social circle, but the fact that they're your friend's parent adds an extra factor of bizarreness. Your friend might never look at you the same way if they found out how you feel.

If you related a little too much to this list, click HERE for the embarrassing ways we've told our crushes we liked them.