We're discovering new favorite beauty products on TikTok all of the time, but we don't often think a lot about the creators of those viral products, and how the platform can be so amazing for spreading the word about your craft.

But 20-year-old entrepreneur Aysia Hilliard knows firsthand just how effective TikTok can be as a marketing tool. She's the visionary young entrepreneur behind TrapStix, the music artist-inspired lip balm and gloss brand featuring flavors including Billie Limeish, Machiana Grande, Drape, Post Melone and more. The combination of stunning packaging, phenomenal flavors and super reasonable prices have made her products a sensation, with TikTok playing a big role in her success. At the moment, her first video promoting TrapStix has more than 445k views on the platform!

We were in love with TrapStix at first sight, so we were thrilled when we got the chance to connect with Aysia to learn all about how she made them from idea to reality—plus her favorite flavor of all time.

Sweety High: Have you always considered yourself an entrepreneur?

Aysia Hilliard: No, it felt more like entrepreneurship chose me when the idea for TrapStix popped into my head.

SH: How did you come up with the idea for hip hop and pop music-themed lip balms? Once you had the idea, what were the steps toward making it a reality?

AH: The idea was actually an accident when I misspoke. I was trying to say "try ChapStick flavors" and it came out as "Trap stick." I thought the idea was funny and clever so I just started thinking of "TrapStix" flavors.

The steps to making my business come to life were definitely: 1. Had someone else already executed this idea? 2. How will I bring the actual lip balms to life? 3. Did I have enough lip balm flavor ideas to even bother trying to execute this as a business? 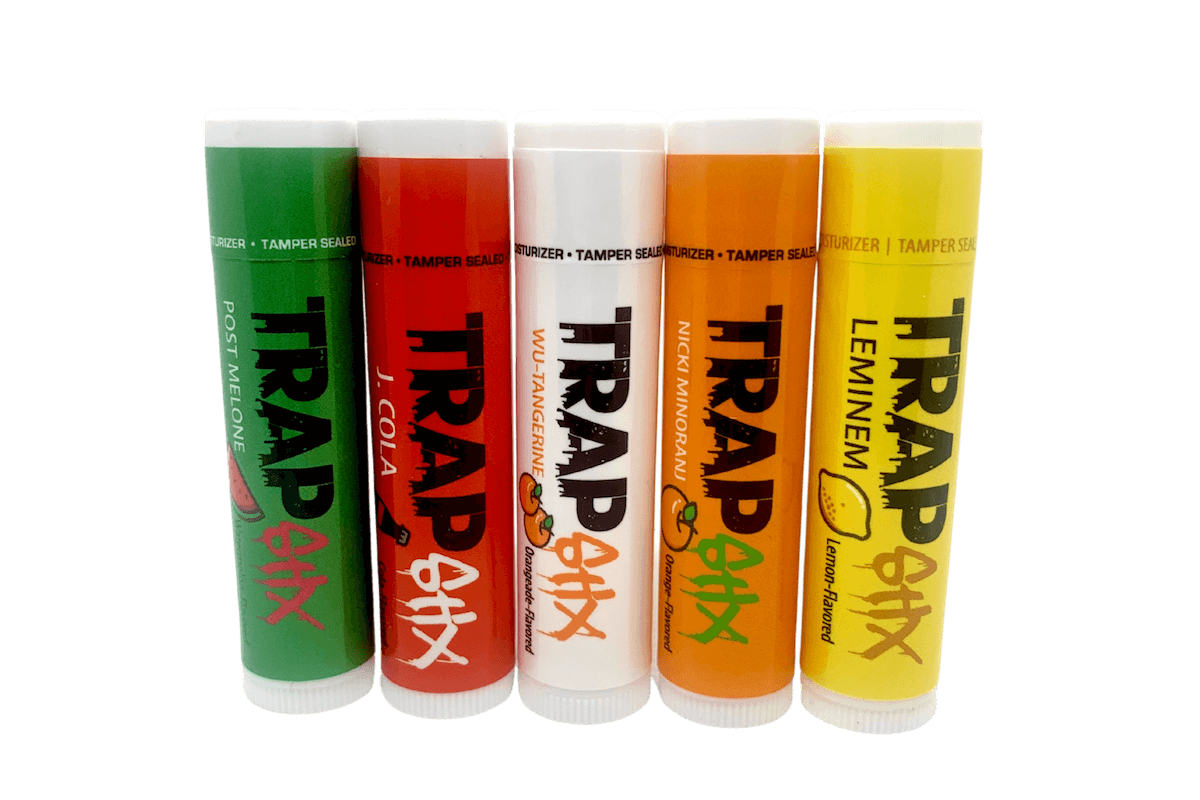 SH: Why do you think TikTok finally rocketed the brand to superstardom? What was it about the brand that you think really caught people's attention on the platform?

AH: I think during the pandemic, there were so many people on the app that my target audience was heavily available. I was lucky enough to capture the eyes of my audience on my first video, but I definitely think that the overall reason for the increase in engagement towards my business had to do with the exposure I received through TikTok during that time.

I think what really captured my audience's eyes were the names of the TrapStix themselves, because in my first viral video (my first video in general) it was just me sitting in a chair as I pointed to the names of my lip balms. I think people love the concept overall and that influenced them to actually check out my website to see the prices, products, and even give me ideas they had themselves.

SH: What's your typical process of coming up with the perfect flavor to correspond with each artist? Do your studies in bio and chemistry help with these formulations?

AH: I like to think the flavor names choose themselves. I don't specifically match up an artist with their favorite color or favorite flavor, I just match up a flavor that flows with their name. I have no idea if J.Cole likes Coke at all, but J. Cola is a perfectly combined TrapStix lip balm name.

My studies at Howard University have no influence on my business. I came up with TrapStix when I was 17, at that time I was just a junior in high school and I had no idea what I wanted to study in two years.

SH: Do you have a favorite balm to date? If so, which one, and why?

AH: I love Lil Pumpkin! I carry that flavor around in my purse all year. I love it because the label wrapping is gorgeous and the flavor is subtle but you can tell that it's some of the best pumpkin flavoring you've ever had. Every time I put it on I want a pumpkin donut or something.

SH: What advice do you have for aspiring entrepreneurs?

AH: If you have an idea and you think it's a good one, but other people are making fun of you or trying to discourage you from doing it, they are the wrong people to talk to about your business ideas. My parents were always supportive of my idea and they never made me feel like the idea was dumb. However, I did often feel that way at school when I was 17 trying to sell to my peers. I could hear people laughing or whispering about it and that actually made me really embarrassed to sell. But now here I am, being interviewed about my business four years later!

AH: Try not to let views and likes on social media discourage you from continuing to grow your business either. If you are genuine, you work hard, and you care about your business, then people will buy from you. It took me four years to grow to this point and it can even take longer, but guess what? Four years will pass regardless. So you can either be a successful business owner in four years or you can always think what if.

Love learning about TikTok entrepreneurs? Click HERE to read about how TikTok's Taylor Rousseau built her own empire.