3 Worst Ways I Broke Up With My Boyfriends

Nobody ponders the task of breaking up and thinks, "Yeah, that'll be easy."

It's a tough, terrible process no matter how well you handle the situation or how well your (now) ex takes the news.

But admittedly, some actions are better than others when it comes to parting ways. As for yours truly? I would fall somewhere between the worst and the absolute worst. Continue reading for three tales of the worst ways I broke up with my ex-boyfriends:

I was still quite young when my first breakup sob story took place. My boyfriend was older than me (you'll find that becomes a trend), which meant that after our summer romance, he'd be returning to high school and I'd be wallowing back in middle school. This age difference wasn't an issue during summer, of course, because we didn't have the barrier of school separating our young love. But once the school bell rang, ushering students back into seats, we saw much less of each other.

Days turned into weeks, and because texting was a rare form of communication at the time, we hardly spoke at all anymore. Our schedules were different, our free time was filled with extracurriculars, and you could say the warmth of our summer love began to fade.

But, truth be told, by the last couple weeks of the summer, I was already over this boy. In retrospect, I liked the way he liked me much more than I liked him as a person. All signs pointed toward a breakup, but since this was my very first experience, I had no idea what to do. One day, when my best friend was over, we talked it through and she convinced me that, once and for all, I had to break up with this guy. He lived pretty close to my house, so she embarked on a walk with my dog and strolled right up to his front porch. 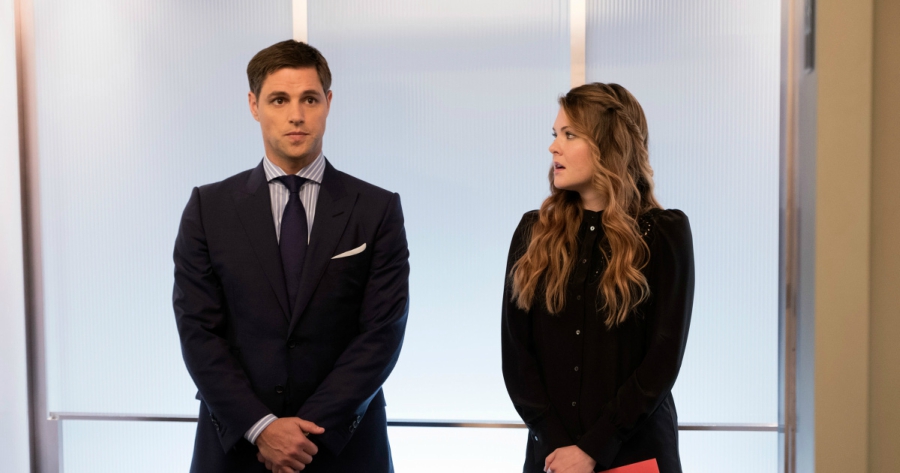 Still holding my dog's leash, I knocked on the door, which was answered by his mom. The surprise on her face already told me this wasn't going to go well. I asked for Ethan* and he came to the door, not inviting me in or closing the door behind him—meaning I could see his family members pass in and out of the door frame as we talked. Through a few sputters of umms and I just thinks, I finally summoned up the courage to tell him things were over. And he laughed at me. He said, "Yeah, okay" and then closed the door.

Apparently, time had split us apart without my knowing and I embarrassed myself beyond measure in front of my new ex, his family and my dog. My feelings weren't dramatically hurt—hey, I didn't even really like this guy in the first place—but I felt stupid and disrespected. Next time, I would make my breakup way more private.

I met Andrew* in Spanish class. He was a grade above me so I had never had a class with him before, but it wasn't long before we were passing notes and flirting. After the above breakup debacle, it was nice to move past the embarrassment and enter into new boyfriend territory.

I began walking home with Andrew every day after school and we would work on our Spanish homework together at his house. I was much better at the subject than he was, and so I reasoned with my parents that I spent my after-school hours tutoring. I liked Andrew, he was a nice guy, but let's just say that the attraction wasn't causing my heart to leap out of my chest. Still, he was much nicer to me than Ethan had been and it felt nice to be appreciated.

Then one day as we were walking to his house, another boy tagged along. He, too, was a grade older than me so I wasn't acquainted, but apparently he was Andrew's neighbor. I could tell immediately that Andrew was annoyed by this guy's presence, though I didn't know why. I could also immediately tell that I was blushing at his big blue eyes and witty banter. On second thought, I guess it should have been obvious why Andrew didn't want his neighbor around.

His neighbor joined in on our hang out and, yeah, definitely flirted with me. I can't say that I didn't flirt back. But in my defense, we clicked instantly, whereas I had to force an attraction with Andrew. After that day, we connected on social media and began chatting daily. It wasn't long before my actual boyfriend caught on.

Rather than having a conventional breakup conversation, I was forced to tell Andrew that I had a crush on his neighbor. I told him that I still had feelings for him (which was a lie), but that I had to give the other guy a chance. Andrew proceeded to yell horrible things at me before, um, stalking me just a tad. On occasion he would show up at my house and just stand outside with seemingly no motive. This bit may work in movies when the heartthrob balances a boombox on his shoulder, but it certainly was not working for me. 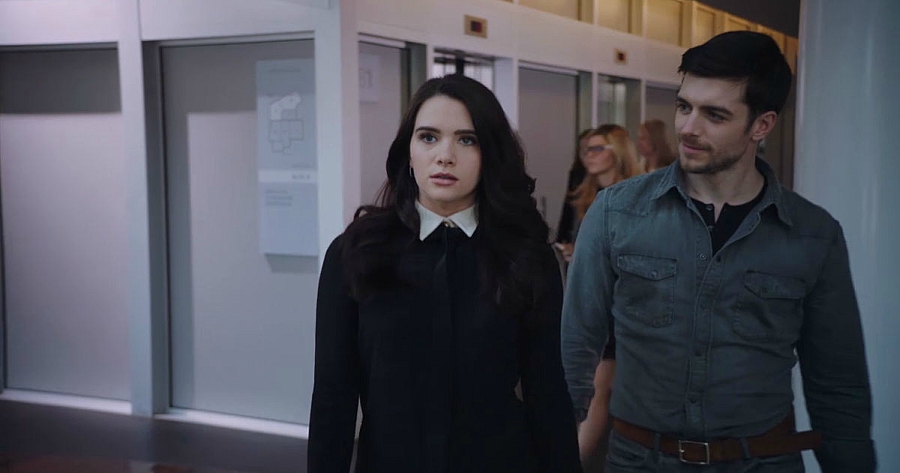 I had done such a poor job at breaking up with Andrew that he thought he could win me back at any moment. Eventually I had to tell him once and for all that we would never be together again, as things had gotten more serious with the neighbor boy. By attempting to spare his feelings through a lie, I had only given him confidence that someday we would be together again. The soft breakups just don't work, folks, and in the process I made both of our lives harder. Though nothing excuses the super weird stalking!

My last breakup was the absolute hardest because we had been together for over four years and nearly all of high school. I'd known for a while that this breakup was coming, but I attempted to find the perfect timing. Spoiler alert if you've never broken up with someone: there is no perfect timing.

Although I no longer loved him and felt that we'd been in a bad place for a long time, I knew that I was his everything. He'd been going through some really tough times between family problems and lost friendships—even his pupper had just passed away. But the truth of the matter was I had a new crush who was so much better for me and who I was already falling in love with. No matter how awful Tommy* could be to me at times, he still didn't deserve my lies.

I became distant after deciding once and for all that it was time to split. I put it off for tomorrow, tomorrow, tomorrow, until one day he called asking what was wrong. I told him in the very cliche words, "We have to talk," and he agreed to pick me up. I got into his car and we drove to a nearby park. And that's when the silence overtook me like a fog.

Before this moment, I'd been prepped by my best friend on what I would say. I would tell him how our lives were going in different directions—which was true, I was in college and he was in a different city. I would tell him how I needed space to grow into the new me, but that it wasn't his fault. For lack of better words, I was supposed to deliver the "It's not you, it's me" speech. And at no costs was I to mention my new love.

But sitting in his car—his car which was so familiar and smelled so distinctly of my boyfriend—I knew this was the last time I would be here, with him. While I no longer loved him, he was still a major part of my life, and the person who knew me better than anyone else. I was scared to say the words that would mean we would no longer be important to each other. 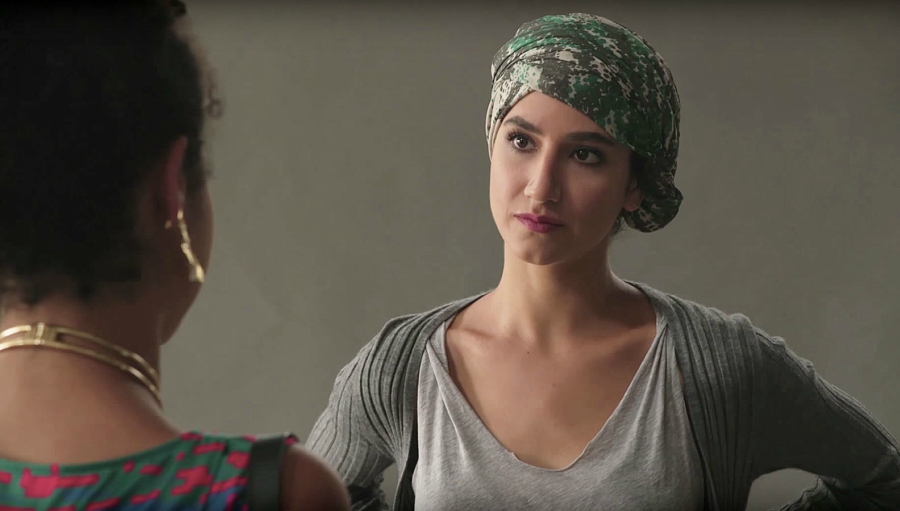 So I sat. I sat in silence, looking down at my hands. I can't tell you how much time passed, but it was so much that eventually he muttered, "Why?" I knew he understood what this talk (or lack of talking) meant. But again, I couldn't get the right words out and just said "I'm sorry" over and over again. He drove me back home in silence and that was one of the last times I ever talked to him, after a four year relationship.

The ironic part of my waiting for the perfect moment was that I picked the absolute worst week of his life. Everything came crashing down on him during those days and I just added to the chaos. But like I said, there is no such thing as good breakup timing, and sometimes you have to do what's best for you. Though I wish I had delivered a more eloquent speech.

While my communication skills were totally off in these scenarios, there's nothing worse than attempting to decipher a text from your main squeeze. Click HERE to find out what those mysterious texts from your crush really mean.