Why My Celeb-Inspired Haircut Was a Picture Day Disaster 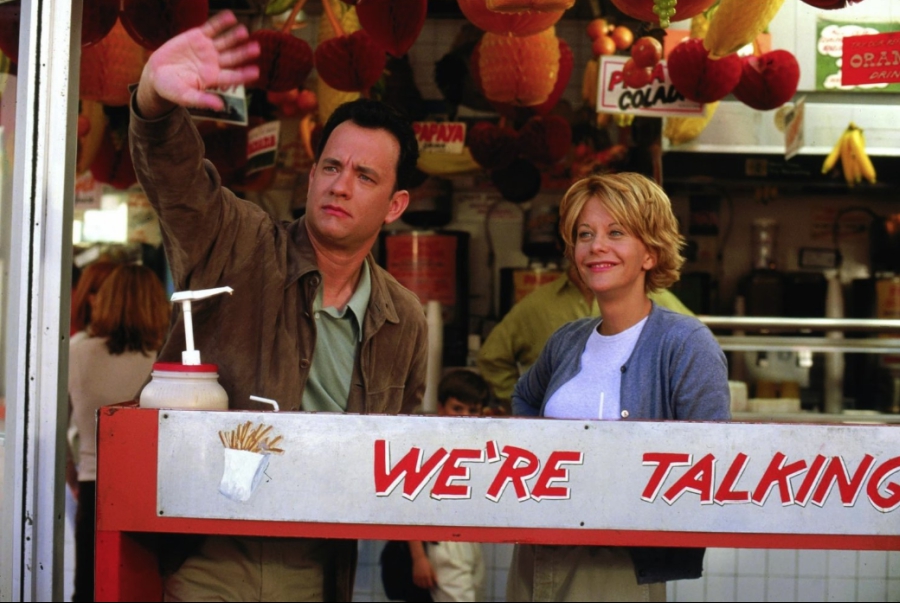 Everyone knows you're supposed get your hair cut about a week before some important event, that way it can grow out a little and look less like a freshly mowed lawn. Well, everyone except my mom, I guess.

It was the day before Picture Day at school and my mom had the brilliant idea of getting my younger brother and I in to see the barber so we would look nice and sharp in our school photos.

As a kid, I was the kind of shy where I could barely look an adult in the eye, let alone talk to them. Even as I neared middle school, I felt my face flush at the thought of ordering my own sandwich at Subway.

My mom, knowing my struggle, took the liberty of instructing the hairdresser on my new 'do. Usually I was just a little off the bottom and get the dead ends kind of girl. I'd never had a formal hairstyle before and was used to letting my long wavy brown locks dance across my back or sway like wind chimes in a ponytail.

"I'd like to try a short spunky style, like Meg Ryan in You've Got Mail," my mom told the hairdresser. 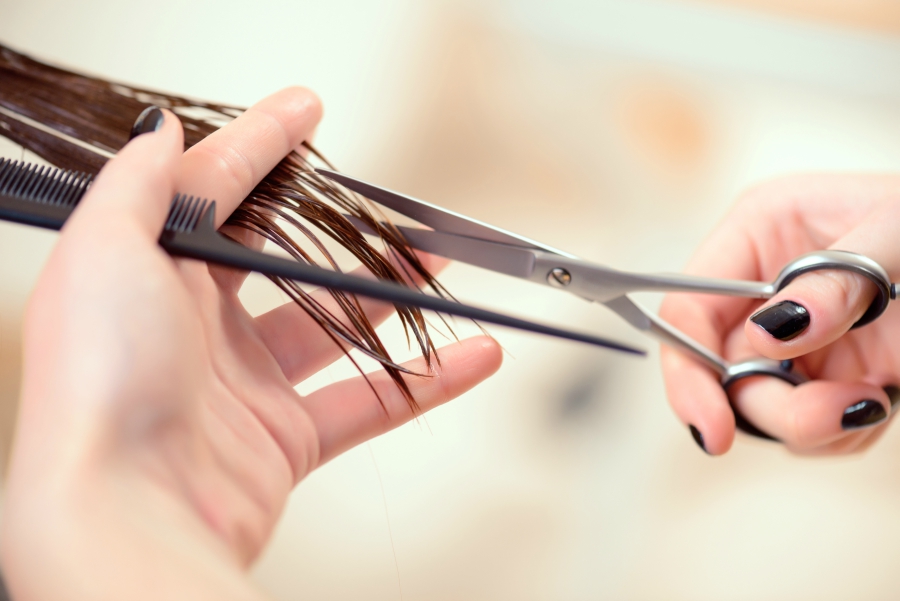 After about twenty minutes of chopping, I hardly recognized myself as I stared, jaw-dropped, at the stranger in the mirror.

I spent the entire night before Picture Day trying to style my new 'do. I gave myself teeny tiny pigtails on the top of my head but looked like an alien toddler. I parted it down the side and I parted it down the middle (that was a big N-O). Eventually I just shook my head like a wet dog and let the short boyish locks land where they did. I had actually kind of made peace with the cut.

Until the next day at school.

My brother also hated his haircut which annoyed me because it was just a little shorter and spiked. He hadn't made a drastic change like me. But nonetheless, he kicked and screamed until his face turned red and my mom agreed to take him home.

I stood outside my classroom door. Suddenly I didn't feel so zen about my new look. I couldn't believe my brother was going home when I was facing the ridicule of my entire class. Because of all the emotional commotion we were a little late. The last bell had already rung and every single one of my classmates was inside.

I opened the door with my heart pounding, and, just like a nightmare, everyone's heads turned to look at me. That's about 50 sets of eyes all pointed in my direction. "Who's the new kid?" I heard someone say.

We walked as a class to the gymnasium where we got our school pictures taken. Smiling for the camera was the only time I smiled that entire day. I was already planning on throwing the package out before my parents could even think of ordering any prints. 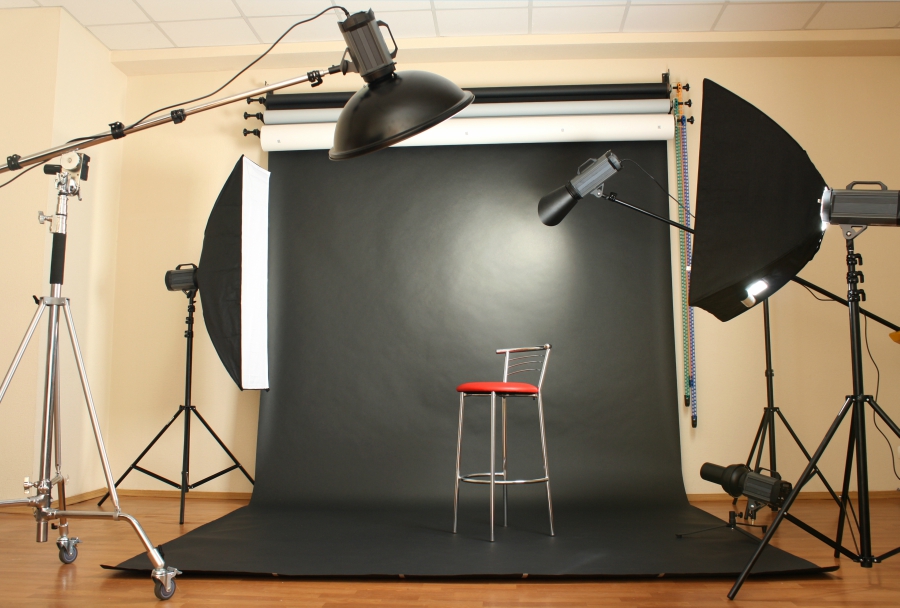 Throughout the next week I would field questions from my classmates as to why I got my not-so-spunky haircut. I hated these questions because they made me feel self-conscious and like everyone was staring at me.

During class, I was sharpening my pencil at the back of the room when I was approached by a boy I wasn't really friends with and therefore didn't usually talk to. He said, "Why did you get a boy's haircut?"

At the same time my heart sank and my anger boiled. It wasn't a boy's haircut! And what does that mean, anyway? Girls can have short hair, too, I thought to myself. 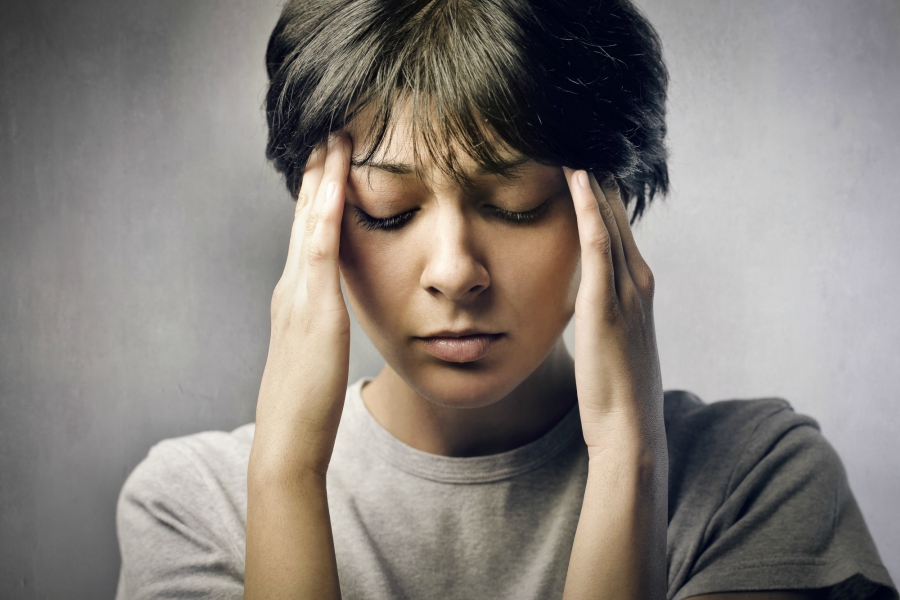 I lifted my chin and turned just slightly to acknowledge him. "It's not a boy's haircut," I said, "It's a Meg Ryan haircut and she is a famous actress."

He shrugged his shoulders and said, "Oh, cool." I felt like a total rock star for standing up for myself and actually managing to garner some respect for the bold hair statement.

It wasn't all a growing experience, though. While I had my empowering ups, I also had my discouraging downs. Hair accessories were all the rage at that time, none of which I could pull off with the bowl cut. I broke down in tears while at Claire's with my mom, blaming her for the ugly hair that made me feel helpless.

Growing Out and Up

Thankfully, my hair grew out really fast. Within six months I had shoulder length hair and, through the experience, mustered up enough courage to try bangs which ended up looking adorable on me.

The "Meg Ryan Haircut" is something that my mom and I continue to laugh about today. Sure, Meg could pull it off, but the fundamental difference between us was that she was an adult woman with a daily hairstylist and I was a young girl with an aversion to gel. When we reminisce about the haircut we laugh in puzzlement, "What were we thinking?!"

As my hair grew out, I grew up. I learned that a bad haircut is only a temporary thing and, more importantly, a little bit of confidence can go a long way.

Plus, that school photo makes for one hilarious #tbt.

Embarrassment can be a hard thing to deal with, but it's always best to keep your chin held high. Find out HERE how I tried repeatedly to break my childhood eyeglasses, but learned how to love myself just the way I am.