Has Your PMS Been Extra Bad During Quarantine? Here's Why—and What to Do About It

If your PMS symptoms have been particularly bad since we all started practicing social distancing, it's not just you.

We've been seeing complaints all over social media—and experienced them ourselves—so we decided we had to get to the bottom of the issue. That's why we reached out to reproductive psychiatrist Dr. Carly Snyder, who gave us some powerful insights into the impact of isolation and PMS, as well as what we can do about it.

Sweety High: What exactly is PMS?

Carly Snyder: Close to 90% of women experience some degree of PMS, or premenstrual syndrome. You might feel any number of symptoms anywhere from two weeks (but most often 1-3 days) prior to getting your period. It can be physical, such as bloating, breast tenderness and cramping. There are also emotional symptoms, including irritability and just feeling a little off. Women might also gain anywhere from 3-5 lbs., but then they lose it because it's water weight. Their appetite may also change slightly. These symptoms aren't going to profoundly change your life at all. It happens pretty consistently every month, but it's not significant overall. It's more of an annoyance. 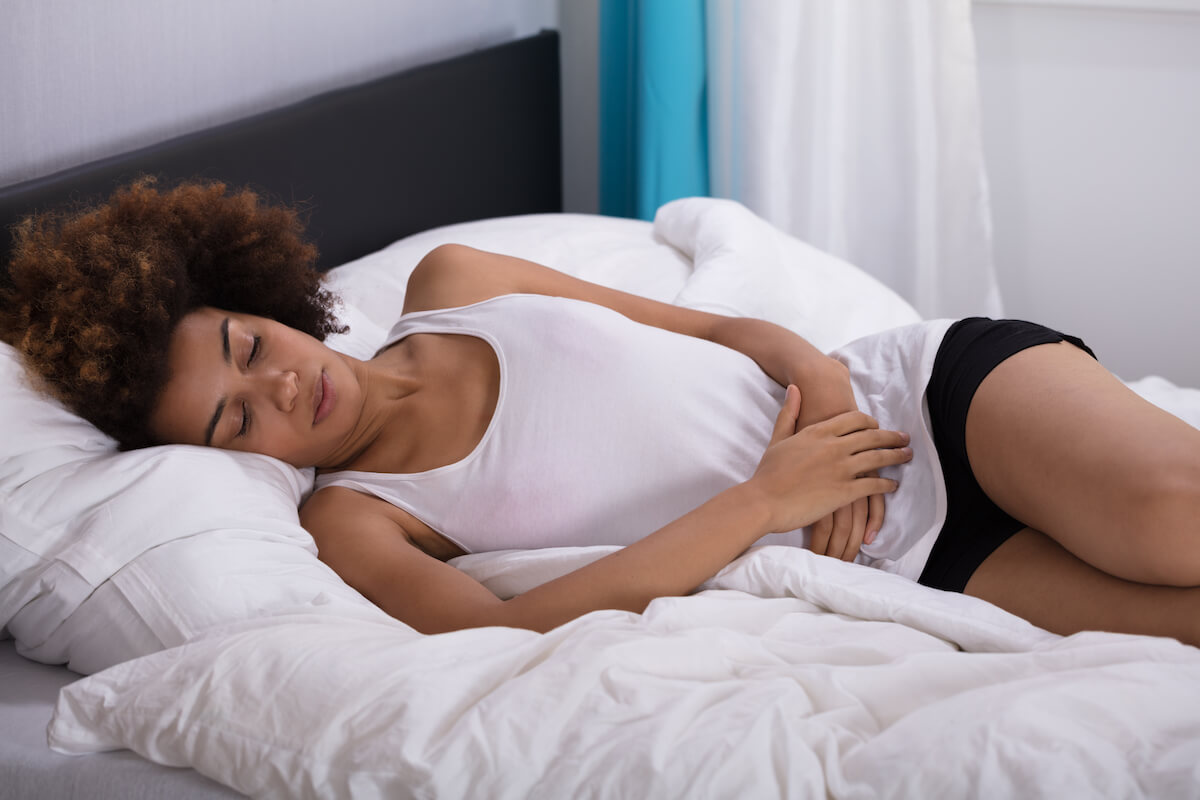 SH: What is PMDD? How does it differ from PMS?

CS: PMS is quite different from premenstrual dysphoric disorder, or PMDD, which is less common. We believe 3% to 6% of women experience it, but it's probably underreported. It can happen anywhere in the two weeks prior to getting your period, but again it's more common in the few days leading up.

Women with PMDD have symptoms that negatively impact their lives profoundly. Some women have difficulty getting out of bed because their energy is so zapped. They have a lot of emotional difficulties, so their relationships are negatively impacted. They get super sad, super irritable, super uncomfortable. I've had patients who throw things. They say they become a different person. Some people can't go to work, really can't function at all on those days, and it's a consistent thing every month. Their sleep is often negatively impacted. They may have physical symptoms as well, similar to but worse than PMS.

For some women who have underlying depression or anxiety, they experience a worsening of those symptoms during that time. It's less common in teens, but it still happens. The thing that differentiates PMS and PMDD is truly how much it hinders one's ability to function normally because of all of the negative impacts.

SH: Why do we experience these changes before our period?

CS: It's all about hormones, but it's important to know your hormones are not out of whack. Your hormones are working perfectly fine. It's just that your brain is having an excessive reaction to normal hormone changes.

In both scenarios, you want to treat these symptoms, because treatment really works. So many women see their lives turn upside down every month and they don't seek help because they think that's just the way it is. It's not. It doesn't have to be that way because treatment is so effective. 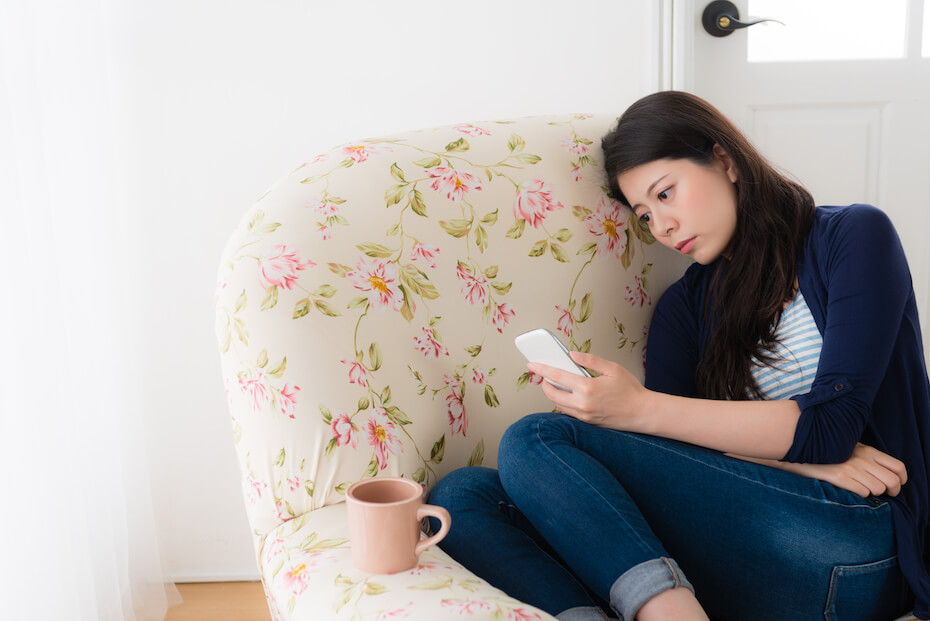 SH: Why might the circumstances surrounding the current pandemic be making PMS symptoms worse?

CS: Everyone's having a hard time right now, but it's particularly tough for teenage girls. They're meant to be social, and around other teenagers. We're forcing them against what they should naturally be doing.

In your teens, it's fundamental to believe you're invincible. That's part of what growing up is, and we're saying, "No, you're not." Quarantining forces families together constantly. It's absolutely painful for a lot of us, and teenagers have so little autonomy and voice that a lot of girls are feeling very depressed, irritable, anxious and angry, for a good reason. In that setting, their underlying mood sucks, and when that happens, PMS symptoms get worse.

But though it's a worsening of PMS, it's not PMDD at all. We don't want people walking around thinking they have PMDD when they don't. Once they feel better from this period of time, their PMS will improve on its own. And if their mood is so bad that they're feeling awful all the time, they should get help. Emotional support will help throughout the month, as well as premenstrually.

SH: What are the most effective ways to combat these effects?

CS:  From a purely medical standpoint, if a girl is having PMS every month and it's really problematic for her—and there's no other mood stuff going on—I think she should talk to her mom about seeing her gynecologist and getting on a birth control pill. From a medical standpoint, it's super easy to treat PMS symptoms such as cramps, bloating and fatigue. Talk to your doctor and see what they say is the best approach.

If there's also depression or anxiety, it's imperative that teenagers talk to their families about how they're feeling and reach out to support from other figures in their lives they feel comfortable with, be it at school, grandparents, aunts, uncles or friends. Don't ignore those feelings. They should remain virtually social and be sure to do things like walking outside every day. It's so tempting not to go outside right now because it seems scary, but you can be outside and still socially distance yourself.

Getting exercise, and just getting fresh air, really help. Getting distance from your house is important, sometimes. That feeling of cabin fever is real right now, and it's important to get some time for yourself, put on your earbuds and listen to some music and take some walk or take a run. Do something like that for yourself every day, because you deserve it and you need it and it's important to get away from screen time and have that outlet.

If teenagers are thinking about hurting themselves at any level, they need to be open and honest with their family and anyone they trust so that they can get help, because those feelings are never okay. They always deserve and need treatment. This is such a hard time. It's important to stress that this is scary for everybody, and this runs against the grain of everything that all of us know. This is not how teenagers' brains are meant to work. It's understandable that they're really upset.

There are milestones that aren't being celebrated, for good and bad. SATs and ACTs are canceled, and a lot of people worked really hard toward those. Prom and graduation—all of those experiences that people really look forward to—are now being virtualized or canceled altogether, and that's really infuriating and frustrating. It's important to validate those feelings and realize you're not alone in them. It's okay to be angry.

Oftentimes, when people turn on the news or are listening to their parents talking about all of these horrible things, there can be a temptation to stifle what you're feeling, but it's important not to do that. Your feelings are so valid and so important to talk about. Everything that's happening absolutely stinks and you have every right to be feeling every feeling you're having, and it's important to talk about them. 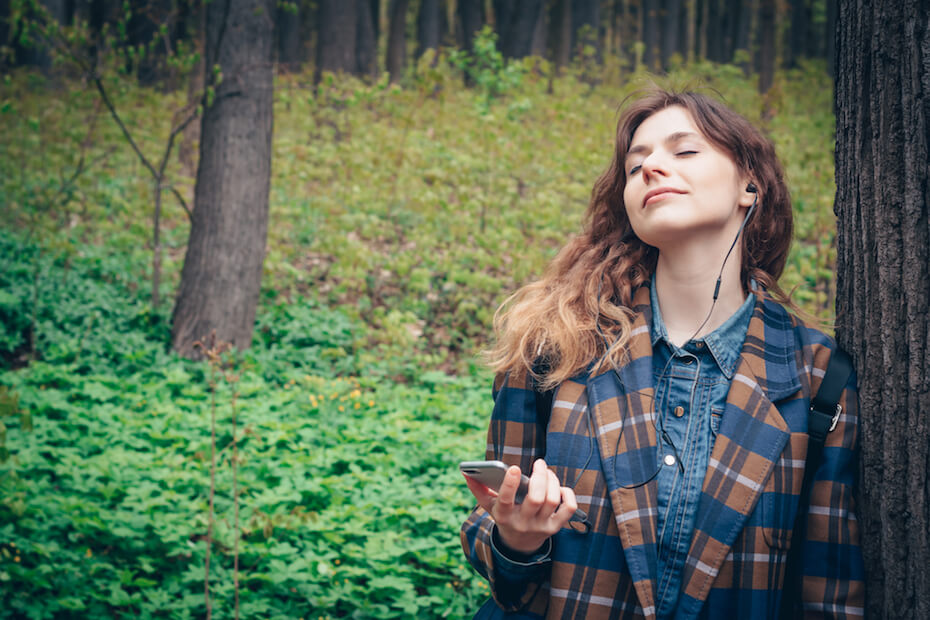 Dealing with minor PMS symptoms? Click HERE to discover the foods that have been proven to naturally reduce period cramps.