6 TV Series Finales That Made NO Sense

If you watch a show from the very beginning all the way through the series finale, it's safe to say you're pretty invested in the outcome.

Which is exactly why it's so frustrating when the final episode makes no sense. You've spent years following the stories of your favorite characters, only to be left with a finale that feels rushed, unclear or completely inconsistent with the rest of the story. It's totally infuriating.

While there's sadly no way to fix the problem now, we can still whine about our TV misfortunes. Keep scrolling for six series finales that made no sense.

'Last Forever' – How I Met Your Mother

The two-part finale episode of How I Met Your Mother was probably the most frustrating outcome that we could have ever imagined. For nine years we watched Ted battle the ups and downs of his romantic relationships, patiently waiting for the woman who the entire story was based on. In that time, we were also shown again and again why Ted and Robin would never work out. They had completely different values and views on life, and no matter how hard they tried, they could never seem to get on the same page.

But apparently we're supposed to forget all that and be happy that Ted ends up with Robin in the end? Not only does it make the show's title completely insignificant, it was also completely uninspired, as we saw Ted go back to Robin many times before, only to have things fall apart again. It's probably good the show stopped there, as we're fully convinced that Ted and Robin only restarted their toxic relationship cycle and probably broke up again just a few months later. Dear writers, if you've shown us why two characters shouldn't be together, definitely don't make them end up together. And don't kill off the poor mother just for the sake of a shocking end to the story. 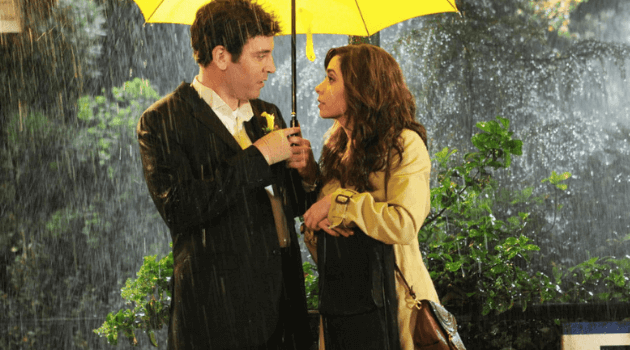 The Gossip Girl finale was heartwarming in a lot of ways, which made the annoying and illogical moments all the more frustrating. Chuck and Blair got married which, although they were young, was the neat resolution to their relationship everyone wanted. However, it was also revealed that Dan was Gossip Girl, which made for a very rushed resolution to the biggest moment in the entire series.

There's plenty of evidence that points to the idea that Dan was always Gossip Girl and there are plenty of moments where his GG status doesn't really make any sense, but we're not here to debate that. The more frustrating element was how quickly everyone glossed over the issues and forgave Dan. He spent years tormenting them, revealing their secrets and basically reeking havoc on their lives, both tangibly and emotionally, and yet within a few moments everyone decides to let all their issues with Dan go.

Serena just says a little one liner about being mad at first and then realizing her life is better for it. Like, okaaayy S, but that was after a lot of emotional trauma. And there's just no way Blair Waldorf would be content with letting bygones being bygones—that's completely counter to her entire character. If they were going to make that big of a reveal, they should have created more time for the characters to deal with it, rather than just letting everyone forgive Dan automatically in order to end the show on a happy note. 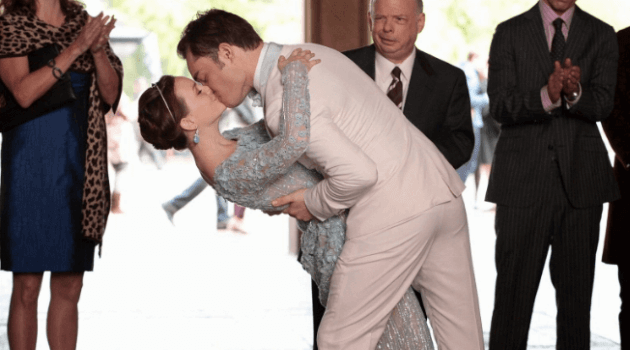 'Til DeAth Do Us Part' – Pretty Little Liars

The Pretty Little Liars series finale was frustrating and illogical, mostly because the entire series went on for far too long. By the time "Uber A" was revealed, we had already been through multiple "A" reveals, only to find out that there were countless people trying to ruin the girls' lives for various reasons. It felt a bit like a rabbit hole with no end, so when everything was finally wrapped up in the series finale, it felt especially ridiculous and out of the blue.

Seriously, an evil British twin? That just feels like lazy writing. That's the best they could come up with to end seven years of this show? It's an age-old trope of twins separated at birth, one getting a life of opportunity and achievement while the other lives in poverty. Somehow that translates into Spencer's twin, Alex Drake, becoming a tortuous and murderous psychopath and designing a grand plan to eventually take over Spencer's life. Then Jenna literally sniffs out Alex Drake when she tries to step in as Spencer at Aria's wedding. It's all a little convoluted and not entirely logical. It felt like the finale went more for a shock factor than for a satisfying ending to a show that constantly doubled back on their plot lines. However, considering unrealistic reveals were basically the bread and butter of Pretty Little Liars, maybe we shouldn't have been surprised. 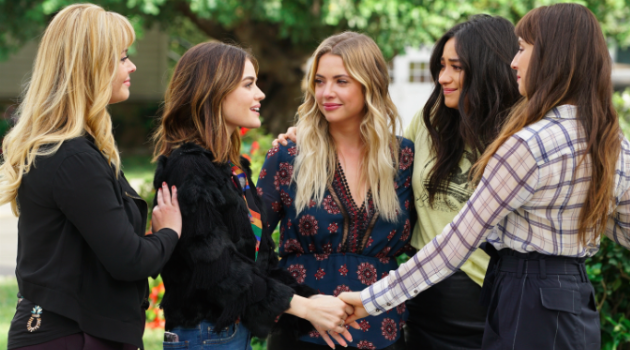 Although Dexter was undeniably losing steam in the last couple of seasons, we still had high hopes for the series finale. Unfortunately, once again, we were left completely disappointed. For starters, Deb's death was completely unnecessary. She went from a hopeful prognosis to a taking a turn for the worst in a matter of moments, causing Dexter to kill her in an act of mercy. Why couldn't they have just left her alive? Would that have been so hard?

Then, Dexter gets into his boat to make a run for it since he can't help but hurt the people he loves, only to be caught in a massive hurricane. His boat is torn to pieces and it seems pretty clear that there's no way he could have survived the storm… except that magically he did and we're never given an explanation for it. He gets away with everything he's done wrong and embraces a life of mediocrity as a lumber jack in the Pacific Northwest. Forget the fact that we don't know how he survived, it's a totally unfulfilling end to the series that has no redemption for any of the characters, making it an incredibly frustrating finale to watch. 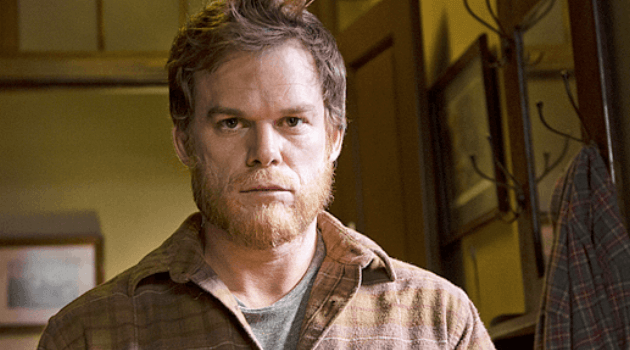 'Thank You and Goodbye' – The Secret Life of the American Teenager

To be fair, The Secret Life of the American Teenager was frustrating from start to finish. However, the addictive nature of watching teenagers make bad decisions was exactly what kept us coming back for more, so the total lack of closure for any of the characters in the series finale was deeply frustrating. After five years of watching the characters go through numerous ups and downs, all we were shown was that Amy left Ricky and her son to go to school in New York.

In addition, Ben and Amy's relationship was questionable, and we were never given even a hint as to the future of Jack, Grace, Adrian or Omar. Given that the writing was dry in general and  that the last season re-visited tired storylines, they could have at least given the characters a sense of resolution. But they couldn't even do that, making us feel very definitively that we had wasted five years of our lives on this poorly designed show. 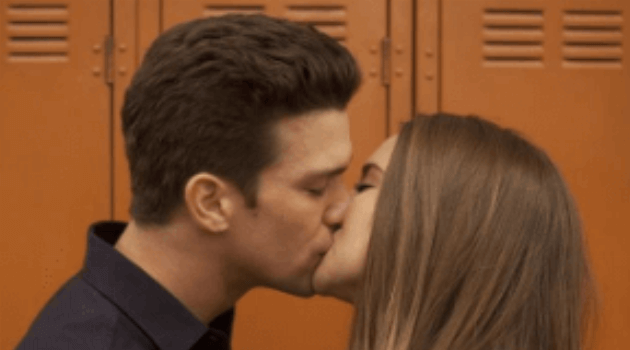 (The Secret Life of the American Teenager via Freeform)

The series finale of Full House was frustrating, mostly because it felt like a very random and unfinished end to the Tanner family's story. In the episode, Michelle loses her memory after a horse riding accident. Not only was it a heavier storyline than the usual carefree nature of Full House, it also made the two-part finale feel like a regular episode rather than a genuine goodbye to one of our favorite TV families.

In the episode, DJ and Stephanie both experience some luck in their love life and Joey, Jesse and Danny all band together to bring back Michelle's memory. Eventually her memory returns and we get one moment of both Olsen twins on screen, which was definitely cute. Everything ends in a good spot and the episode definitely focuses on the ways that they all help each other through the hard times, but it feels like a random and odd plot to end nine years of television. In our opinion, we would have liked to see a little nostalgia and a more of a grand goodbye, rather than spending the majority of the time focusing on Michelle's temporary and unhelpful memory loss. And no, the Netflix reboot doesn't fix the problem. 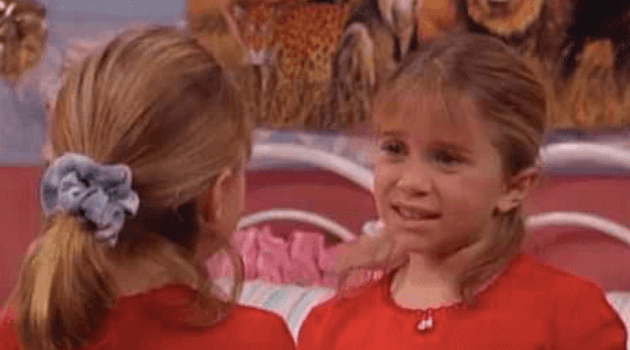 While we didn't like these particular finales, sometimes it's the TV couples that frustrate us even more. Click HERE for five TV couples who should not have ended up together.