As far as mini cupcakes go, no one whips them up better than Baked by Melissa.

With signature flavors like Red Velvet, Mint Cookie, Triple Chocolate Fudge and Peanut Butter & Jelly, her tiny morsels are sweet as can be. And because they're so small, you can get away with eating way more of them than average cupcakes.

But getting my hands on Melissa's mini cupcakes isn't always easy, because A) all of her storefronts are in NY, and B) I'm vegan.

Recently, Melissa released Cakes by Melissa—a cookbook filled with more than 120 recipes for cakes, icings, fillings and toppings—to help with that problem.

When we heard the news, we reached out to her team to see if they could send me a copy. Sure enough, they did.

While there are so many recipes, I decided to make Melissa's signature tie-dye cupcakes—because they're arguably the cutest treats ever.

Before I got down to business, I needed to collect all of the ingredients to make the cake. Here's what the recipe called for:

After mixing all of the ingredients together, I separated the cake batter into four separate bowls and added the food coloring. 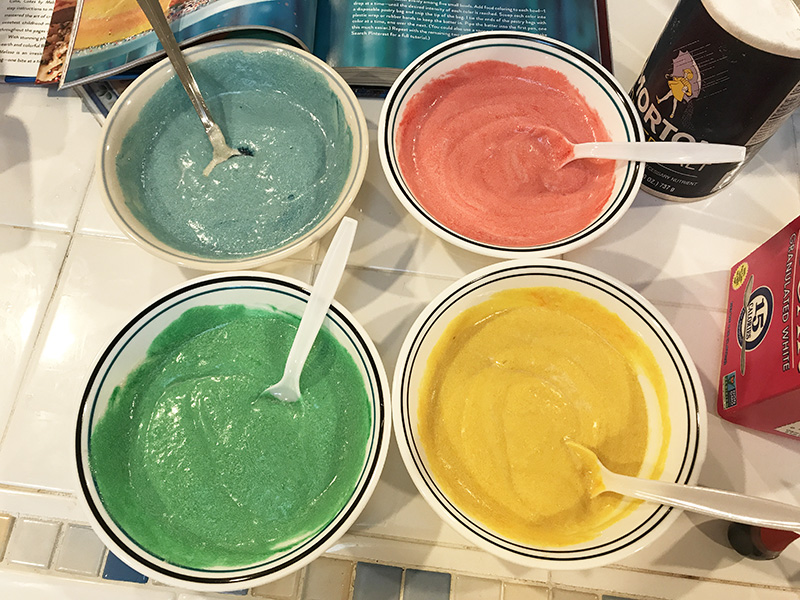 Once that was done, I started spooning the batter into the mini cupcake liners.

They didn't look as tie-dye as I was hoping, but it's harder than it looks to make this effect look good with cupcakes as small as these ones. 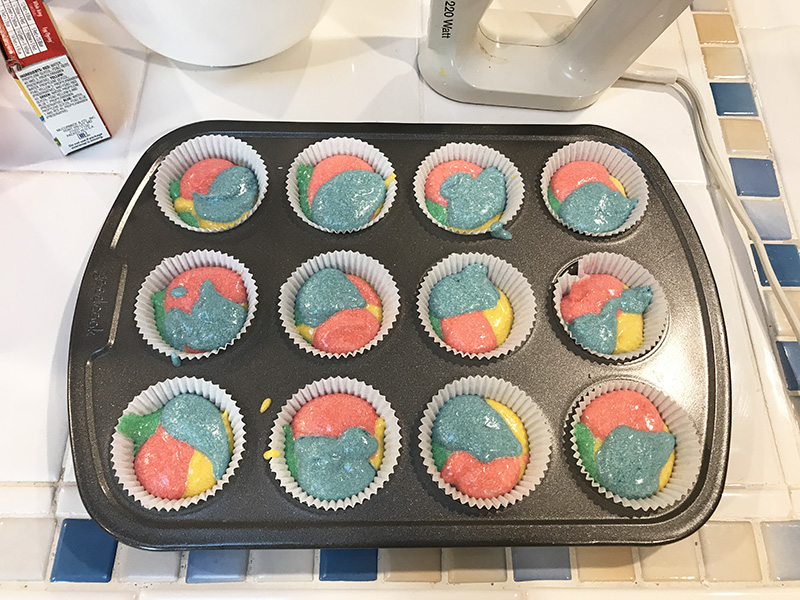 While the cupcakes baked, I got to work on the frosting. Here's all the ingredients I used to make the sugary topping:

The frosting was very sweet, mainly because I added way too much confectioners' sugar… whoops.

Instead of going with white frosting, I attempted to add some color to the mixture. I was going for purple, but it turned out a little more greyish-lilac.

As a finishing touch, I sprinkled rainbow sprinkles on top of the mini cupcakes—voilà! 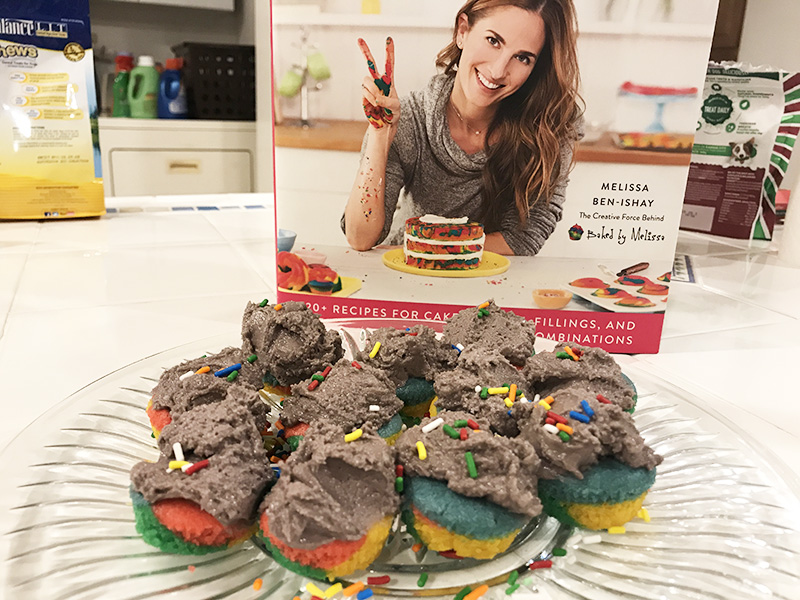 Once the cupcakes were finally complete, it was time for a little taste test.

My mini cupcakes were delicious and sugary sweet, but I'm sure they don't compare to Melissa's perfect morsels. But with a little more practice, one day my cupcake-baking skills will be as solid as hers.

Speaking of iconic cupcakes, head over HERE to see what went down when we tried to recreate Sprinkles' signature cupcakes.