Here's What You NEED to Know About Singer-Songwriter Baker Grace

Singer-songwriter Baker Grace should definitely be on your radar.

She's best known for her gorgeous pop tracks you won't be able to get out of your head, and we firmly believe she's going places. Find out everything you've ever wanted to know about Baker here. 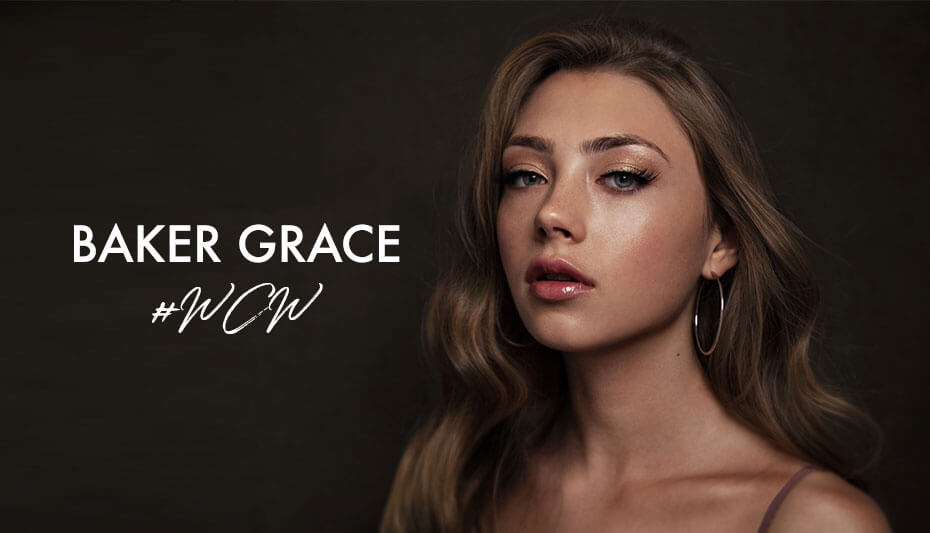 2. She's always wanted to learn skateboarding, but she's tried (and failed) a number of times.

"The last TV show I binge-watched was The Fosters, and since then I've been mostly watching movies and documentaries. I recently enjoyed The Highwaymen on Netflix."

4. Her secret power is the gift of gab.

"I'm really good at creating conversation with just about anybody, which is unexpected because I'm also very shy."

5. She's heard some pretty interesting rumors about herself in the past.

"I decided not to go to college to pursue music full time, but I ran into a woman from my town who I knew when I was younger, and she told me she'd heard I was taking a gap year from Yale University. I wasn't mad about that, but I didn't apply to a single college. I wish it were true!"

6. She says her biggest character quirk is that she's always stuck in her head.

"I can sometimes appear to be clueless. I think so much that sometimes I say things that make no sense. This also results in me being very clumsy."

7. Her favorite-ever concert was Kendrick Lamar.

"I love his songs and his energy. I also loved that he incorporated elements of performance art into the concert. He just sucked me into his world and I was high on the energy of it. He made me feel connected to him and his music."

8. The Pursuit of Happyness has made a bigger impact on her than any other film.

"I watched it when I was about 9, and I remember it just filling me with empathy and the need to help others. It was one of the first things that showed me how hard people struggle and how fortunate I am to have the ability to minimize the struggles of others."

9. She's terrified of pigeons—which is unfortunate, because she lives in New York City.

"I'll cross the street when I see one, but they are everywhere. I know it's irrational but I just feel like they're gonna fly directly into my face every time I see one."

If you're crushing on Baker every Wednesday, click HERE for some of our favorite captions for your #WCW posts.