I love all of Stubbins' plushies, but I don't know if anything can beat their latest release.

The company specializes in adorable stuffed animals based on popular video game characters, and they're constantly adding more icons to their lineup. When the team asked me if I wanted to check out their new Banjo-Kazooie plush, I jumped at the opportunity to own one of my all-time favorite characters in such an adorable form. 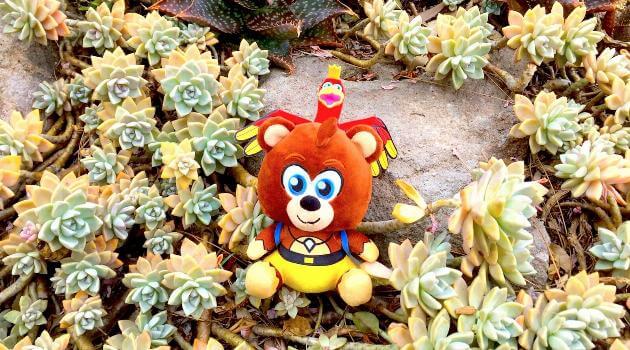 That's because I have a long history with Banjo-Kazooie. The game came out on the Nintendo 64 all the way back in 1998, and it's been one of my all-time favorite games ever since. Not only are its protagonists a bear in yellow shorts and the smart-mouthed bird who lives in his backpack, but it's also a 3D collectathon done absolutely right, with unique and exciting levels with collectibles that beg you to explore every inch of the terrain. 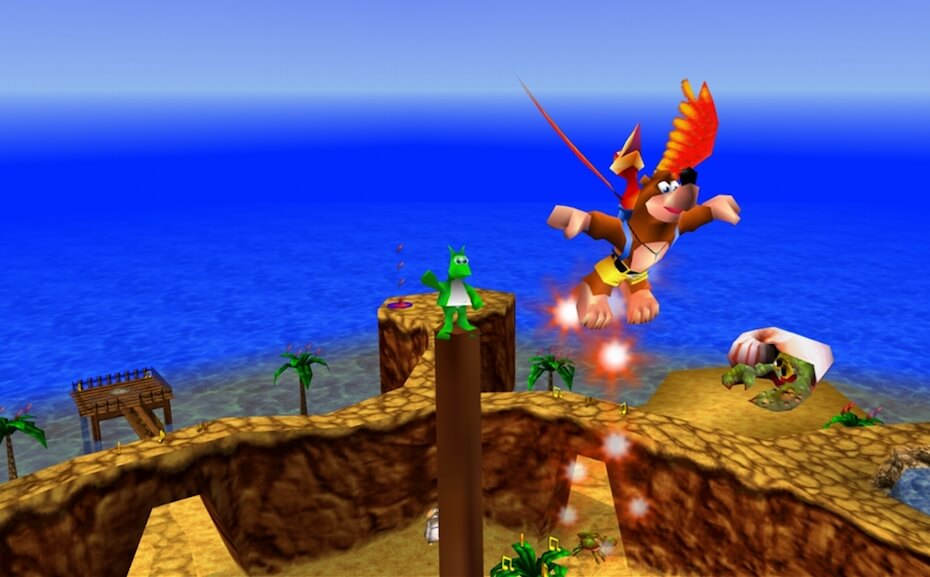 Banjo and Kazooie are beloved amongst Nintendo fans who grew up during that era, so you'd think the characters would go on to have a number of hit games. Unfortunately, its 2000 sequel Banjo-Tooie lacked much of the magic and fluidity of the game that came before it. Worse yet, Banjo-Kazooie developer Rare was purchased from Nintendo by Microsoft in 2002. While the deal didn't stop a couple of forgettable Game Boy Advance titles from coming out over the later years that followed, this made all of Rare's games Xbox exclusives, and all but eliminated any chance we'd ever see a Banjo title on a Nintendo home console again.

Over the years, Banjo hasn't seen much love from Microsoft, either. In 2008, Microsoft finally released Banjo-Kazooie: Nuts & Bolts on Xbox 360. The vehicle-based game majorly overhauled the classic character designs and was about crafting cars and using them to solve missions, sharing little with the Banjo titles that came before it. This wasn't the Banjo game fans had been expecting. Later the same year, Microsoft re-released the first two Banjo-Kazooie games with slightly upgraded textures and a couple of added features on Xbox Live Arcade. That was more than 10 years ago, and it's the last we've heard from the bear and the bird. 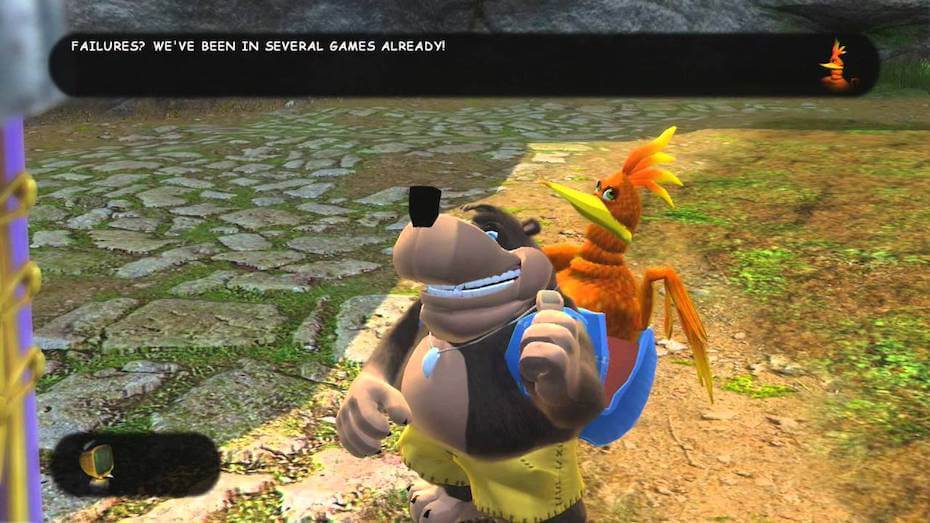 I would love to play Banjo-Kazooie again on a modern console, but for whatever reason, I've never been much of an Xbox person. While owning a 3DS, Nintendo Switch and PlayStation 4 means I have the capability of playing almost any game I want, there will always be a few exclusives that make me regret not owning an Xbox One.

Banjo-Kazooie aside, I'd love to play Ori and the Blind Forest and its upcoming sequel, but they're Xbox exclusives. I got to play a bit of Ooblets at E3 a couple of years ago, and even though the game isn't out yet, that nearly convinced me to take the plunge. Until recently, the infamously challenging Cuphead was another exclusive I thought I'd never get to play.

That's where things get interesting, because in spite of Cuphead's console-moving status at Xbox, the game was ported to the Nintendo Switch this month after a surprise announcement in March. In a promo video, Nintendo thanks "our friends at Microsoft" for making this big move happen, causing a lot of speculation regarding what this powerful relationship might mean for the future. Rumors are also swirling that Ori may be coming to the Switch, which opens up so many possibilities.

You've probably already guessed that I'm suggesting Banjo-Kazooie could be among the Xbox games to find its way onto the Nintendo Switch in the future. After all, the game's heroes have always been closest to home at Nintendo, and it'd be a shame to let the characters continue to waste away doing nothing.

And then there's the Super Smash Bros. Ultimate potential. At one point, their addition as Smash contenders became a meme because it was so unlikely, but this buddy-buddy cooperation between Microsoft and Nintendo has the potential to make this possible. With their unique skill sets, they'd be a perfect addition to the Smash roster, and the timing couldn't be better if their Nintendo 64 games were also to be ported to the Switch.

For now, this is all wishful thinking and conjecture, but I refuse to rule it out. Until that happens, I'll just have to snuggle with my Banjo-Kazooie plush and then get off my butt, blow into an old cartridge and plug it into my dusty N64 if I need my Banjo fix.

The Stubbins Banjo-Kazooie plus is available in GameStop stores now.

If you want to know more about my love for all things Nintendo, click HERE to find out why the Nintendo Switch is my favorite video game console of all time.