R5 are the VEVO Lift artists of October 2014! Earlier this week, they released a video titled "Becoming," in which they share the origins of the band and their plans for the future! 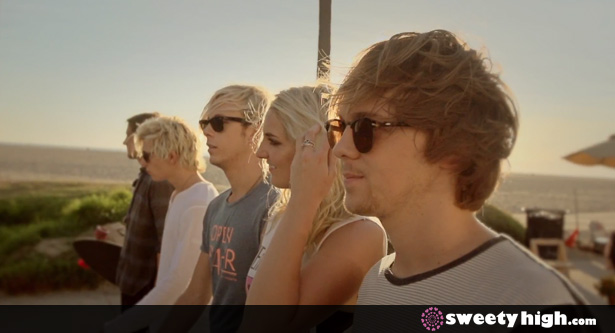 The band formed shortly after the Lynch family moved to California and met Ellington Ratliff. They weren't always the musical artists they are today!

In the beginning, the band members barely knew how to play their instruments. But as the band played gigs they improved musically, and their fan base began to grow.

They explain that playing together and becoming such a tight knit group has been the secret to the band's greatness!

They're currently working on their second full-length album, which will really help them nail down their sound!

"I like what Sam Smith said, once," Ross explained. "He said, 'Never get comfortable with the current songs that I'm making.'  And I think that's a really good thing to say, because you're never going to want to make the same music or else it's going to get boring. And I think that's the scariest thing any musician can face is boredom."

R5 plans to be around for a very long time!

Love R5? Check out our R5 news blog here, look at our 5 favorite moments from their new "Heart Made Up On You" video and their interview at the Show Of Strength MDA telethon!