Steal My Girl Covers By Before You Exit + Midnight Red!

One Direction's latest single "Steal My Girl" released last week, and since then has spawned a bunch of absolutely incredible covers. Within a day of each other, Before You Exit and Midnight Red both uploaded their own unique takes on the song! 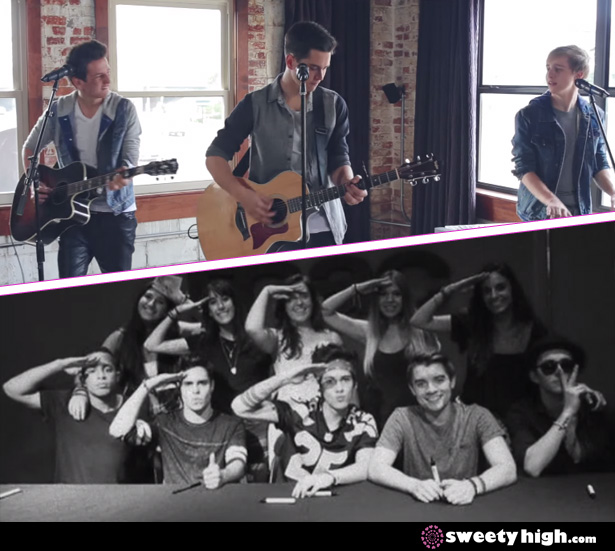 In this charming battle of the boy bands, "Steal My Girl" gets a couple of entirely new spins. Check out both covers below and let us know which one is your favorite!

This version of "Steal My Girl" from brothers Riley, Toby and Connor, employs two acoustic guitars plus a keyboard for a stripped down, country sound!

Midnight Red's cover of "Steal My Girl" puts an emphasis on vocal harmonies. Rather than filming a music video for the song, the band made a video containing tour footage documenting their incredibly sweet interactions with fans, plus photos of RedHeads from around the world. It's a beautifully touching tribute to their fans!

Which one is your favorite? Vote in the poll below to let us know, and join us at Sweety High to spread the word about your favorite bands, One Direction covers and much much more! POLL CLOSES 10/31 at midnight, PDT!

Which cover of "Steal My Girl" do you love best?