Get to Know the Two-Person Team Behind the Cutest-Ever Game About Hacking, Beglitched

It's so easy to get hooked to the adorable cyberpunk app Beglitched that you'd never guess it was created in full by just two people—but creative director and designer AP Thomson and artist Jenny Jiao Hsia were able to do just that.

The game (which we reviewed here) follows a hacker who stumbles upon a magical laptop owned by the Glitch Witch and meets some very colorful characters as they traverse through the files within it. We spoke with both AP and Jenny to find out precisely how the game came to be. 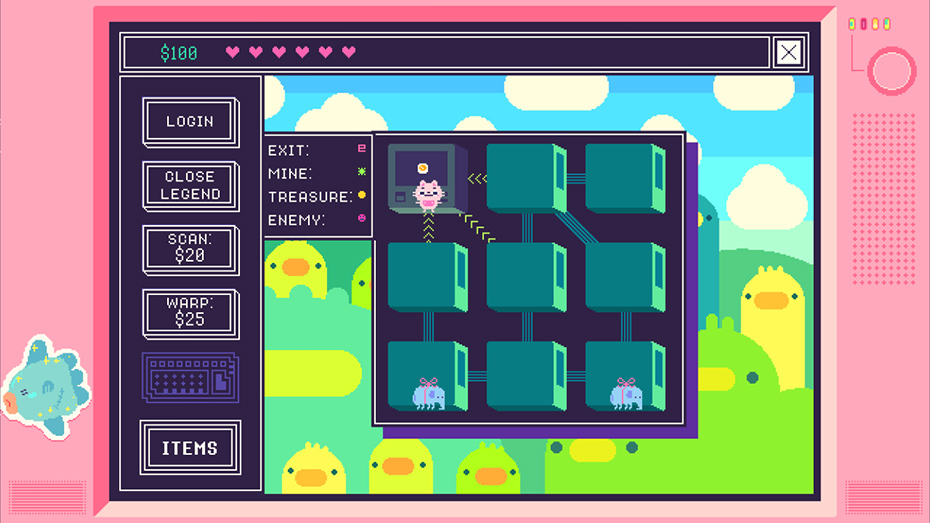 Sweety High: Tell me a little bit about Beglitched.

AP Thomson: I usually start by saying "Beglitched is a game about insecurity, in our computers and ourselves," which is basically the crux of the narrative. While you play as a novice hacker exploiting the insecurity of computers, the other hackers you face are all motivated by their own insecurities—becoming obsolete, being bad at their jobs or losing to you despite owning more expensive and powerful hardware.

In terms of the gameplay, Beglitched takes inspiration from match­3 games like Bejeweled or Candy Crush Saga and adds a layer of hidden information, similar to games like Minesweeper, to simulate the act of debugging and hacking computers. It's a tactical puzzle game with many different ways of playing and many surprises along the way. 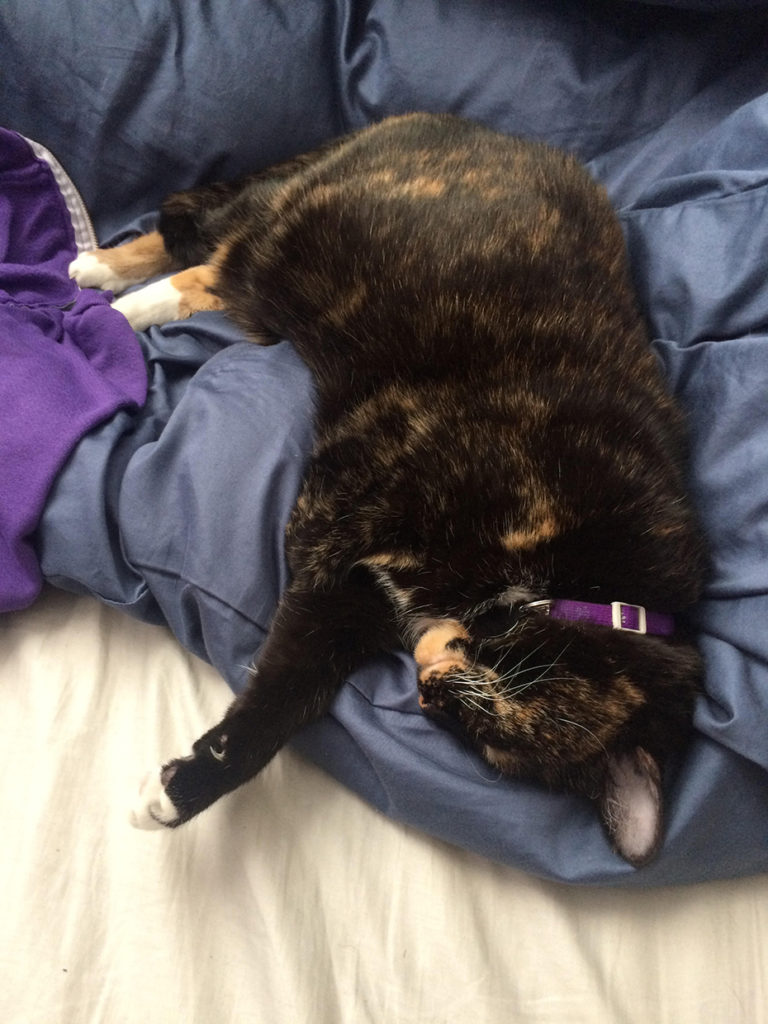 SH: How did you come up with the idea of a computer witch?

APT: My initial plan for the narrative was fairly loose. One of my goals with the game was to re­introduce the idea of "magic" into how we interact with computers. We've become so used to computers as part of our daily lives, we forget sometimes that with the right know­-how, they can do incredible things we haven't even imagined yet. Playful things. Joyous things.

Thinking in terms of computers and magic, I thought of an old fantasy I (and probably lots of other kids had) of finding an old wizard's diary at the back of a bookstore or library and learning the secrets of magic from it.  With a computer that could totally happen—therefore the "Glitch Witch."

SH: Why did the idea of a game about hacking resonate with you, and how did you transform that idea into the gameplay? 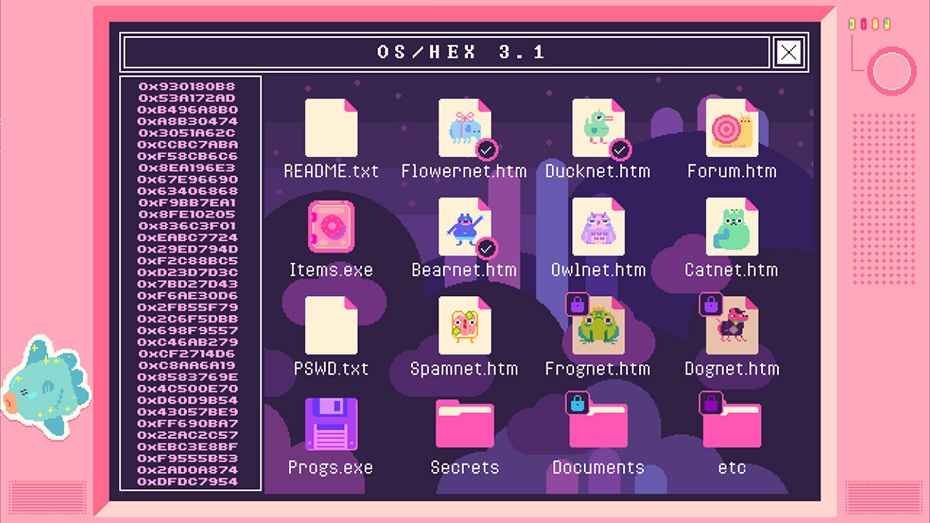 SH: How did the two of you meet up and decide to build the game together?

APT: Jenny and I collaborated on a few games before working on Beglitched together. One of them was Stellar Smooch, a game available for free on iOS about being lonely in space. Beglitched was initially my thesis project for my MFA, and I probably spent about a year or so working on it solo before Jenny joined the project.

Since a lot of the gameplay was already built by the time Jenny joined, a lot of our collaboration was focused on creating the correct atmosphere and mood for the game. It was shortly after Jenny joined that she gave the game a bright, cute visual style. That style in turn inspired me make the narrative less serious and more personal and playful.

Jenny Jiao Hsia: At this point, we had worked together on a couple of games prior to Beglitched. I showed a couple of mock­ups to AP and immediately began iterating on the style once I joined the project. Since we've collaborated before, we got the workflow down pretty quickly. I tried out different versions of the aesthetic by creating mock­ups of what I wanted the screens to look like. I also drew the backgrounds, characters, items and animations for AP to put into the game. For the most part AP trusted me to come up with the visual style of the game on my own— however sometimes we had discussions about particular art assets looking a certain way. 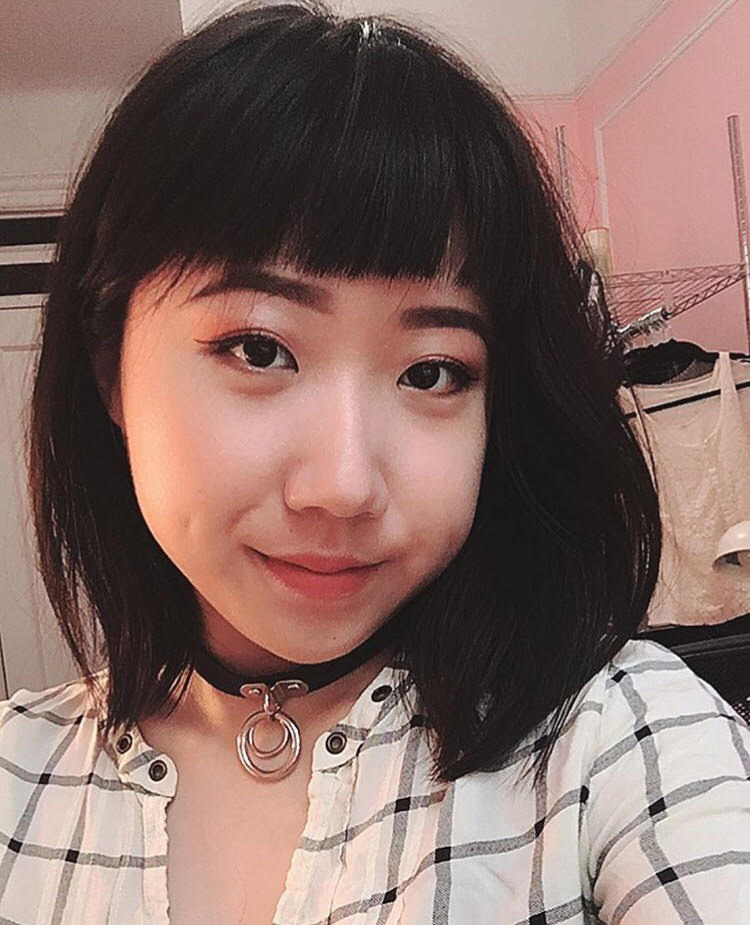 SH: Tell me a little bit about the role you played in creating Beglitched.

APT: I prototyped the original concept for the game and did quite a bit of the gameplay design before Jenny joined the project. I also did all the programming, made all the sound effects, wrote all the text in the game and composed all the music.

JJH: I did all of the art and I dictated the visual style for the game. I also helped spread awareness of the game on social media by creating cute gifs and posting them to Twitter and Tumblr.

SH: What was your biggest inspiration in developing Beglitched?

APT: There were a lot. A Bejeweled-­like game called Puzzle Quest and Minesweeper were probably my biggest inspirations for the gameplay. There have been a lot of games that have done this, but the idea of playing the entire game inside a fictional computer was primarily inspired by Christine Love's game "Digital: A Love Story."

In terms of the narrative, I was inspired mostly by personal experience and a little bit by classic cyberpunk stories like Neuromancer and Snow Crash. Also, I was inspired by poetry, particularly the poems by Kimmy Walters (which are amazing).

JJH: Tumblr and my love for Sanrio.

SH: The game has a really great retro aesthetic. How did that come about?

APT: From my perspective it kind of happened like this: Before Jenny joined the project, I was doing all the visuals myself. Since I'm not a particularly good illustrator, I tend to work with low resolution pixel ­art to make stuff really quickly—even if it doesn't look that great—and then scale it up to fit the screen. When Jenny joined the project, the code behind the game was still set up to scale all the art, so she started looking for ways to use that style while still looking unique and interesting.

Eventually, she showed me a Tumblr she kept of really cute and cool pastel-colored electronics among other things. I loved it and that's basically when we started switching over from a boring green cyberpunk look to the cyberpink look that defines Beglitched today.

JJH: Like I mentioned before, probably Tumblr. I was really into vaporwave and the pastel aesthetic, so there were a lot of images on that site which I drew inspiration from. I loved how folks posted their own versions of old computer OS, like changing everything to a shade of pink and adding emoji to the interfaces. I liked how this imagery embodied cuteness—they captured something really girly and nostalgic to me and they resonated with me in a way that the traditionally green and boring cyberpunk aesthetic did not.

Recently I found out that there is a term called "cybertwee" and I think it roughly captures what I was going for in terms of the visual style. It's funny that I didn't hear about the term until after we were almost done with the game. I also drew a lot of inspiration from stuff I liked as growing up, such as Hello Kitty, Tamagotchi and Sailor Moon. because these were important visual artifacts that I tend to gravitate towards and associate my personal style with. 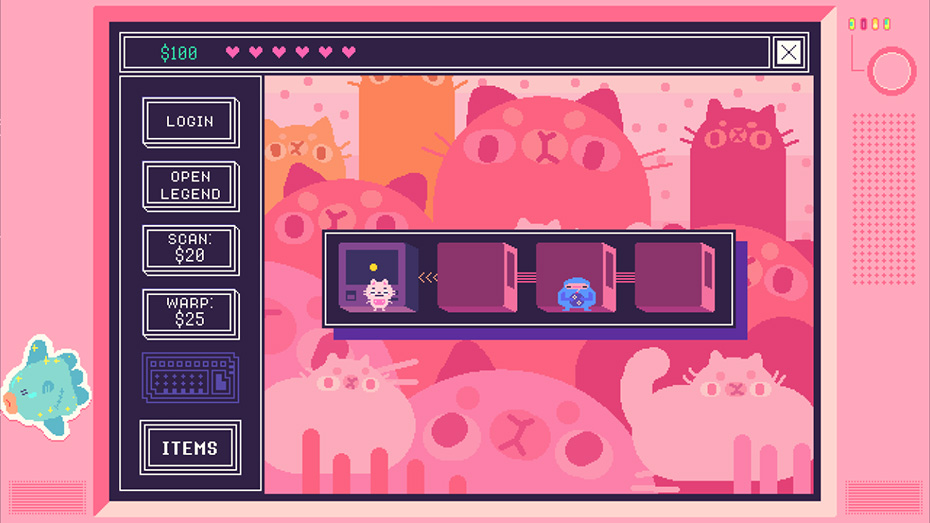 SH: What part of the final product are you the proudest of?

APT: I'm probably most proud of the small text files you can find littered around the Glitch Witch's computer. They don't really serve any traditional gameplay purpose, but I think—and hope—that they give players more insight into the character and why I find some of the metaphors in the game (like computers as magic) so poignant.

JJH: I'm probably most proud of the characters in the game. Finding a process to create and animate them very quickly was fun but challenging, and I liked giving each one a bouncy animation. 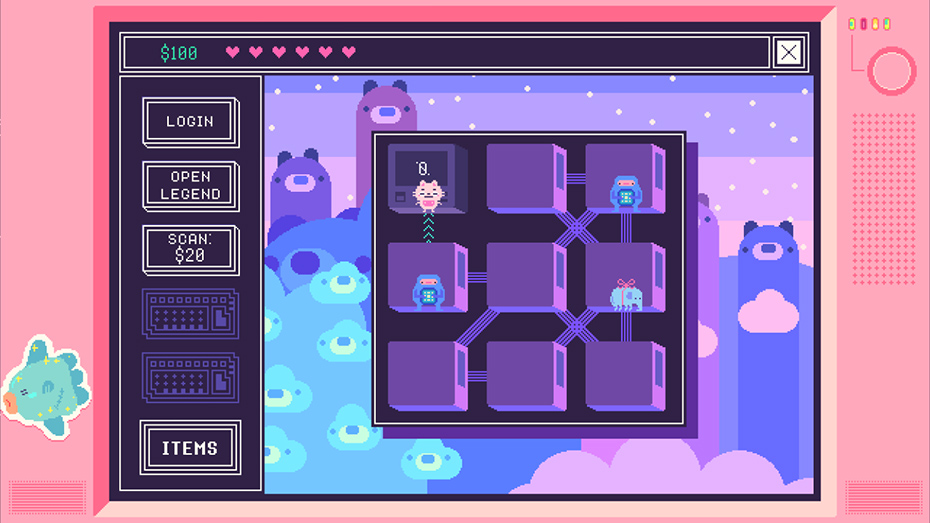 If you'd love to check out some other awesome games from Jenny and AP, you can play Morning Makeup Madness here and Wobble Yoga here, as well as download Swap Sword from the app store here. Also be sure to stay tuned for Jenny's upcoming game Consume Me as well as AP's Fortune500.

Can't wait to learn more about Beglitched? Read our review of the game HERE.