When Bella Thorne and Benjamin Mascolo's steamy, scenic Italian romance flick Time Is Up dropped last year, it quickly became a fan favorite—and today, fans get the chance to see where their love story goes next.

In the sequel, Game of Love, Bella's Vivien and Benjamin's Roy travel to Roy's Sicilian childhood home to prepare his family estate for sale. However, when Vivien becomes friends with a mysterious woman, Roy quickly becomes suspicious, and tensions rise as they're forced to examine their relationship in a new light. Leads Bella Thorne and Benjamin Mascolo were also in a relationship during the filming of the movies but have since parted ways, adding another layer to the new release.

Game of Love is in select theaters and on demand today, Oct. 14, and we had the chance to chat with Bella herself to learn more about further exploring the character of Vivien and what the film means to her.

Sweety High: What was it like to jump back into the love story set up by Time Is Up and become Vivien again?

Bella Thorne: It was so great to get back into Vivien again! I really loved being with the crew again, not to mention getting to film in Italy.

SH: Can you tell us a little bit about Game of Love? Where are Vivien and Roy at in their relationship when the film starts, and how do things get shaken up from there?

BT: Vivien and Roy are basically jumping right back into where their story left off. They are very much in love at the jump, but it starts to get shaky when a mysterious woman comes in and befriends Vivien. It creates tons of tension and really shakes up Vivien and Roy's relationship throughout the movie. I don't want to reveal too much, but there is a lot of drama in this one.

SH: Would you say you're like Vivien in real life? What aspects of her character do you relate to most?

BT: I'm not like Vivien at all. I think our only similar taste is the taste in men!

SH: In this film, Vivien doesn't just have chemistry with Roy. What was it like working with your co-leads to bring those scenes to life?

BT: We had a really comfortable and safe environment to really explore that connection. 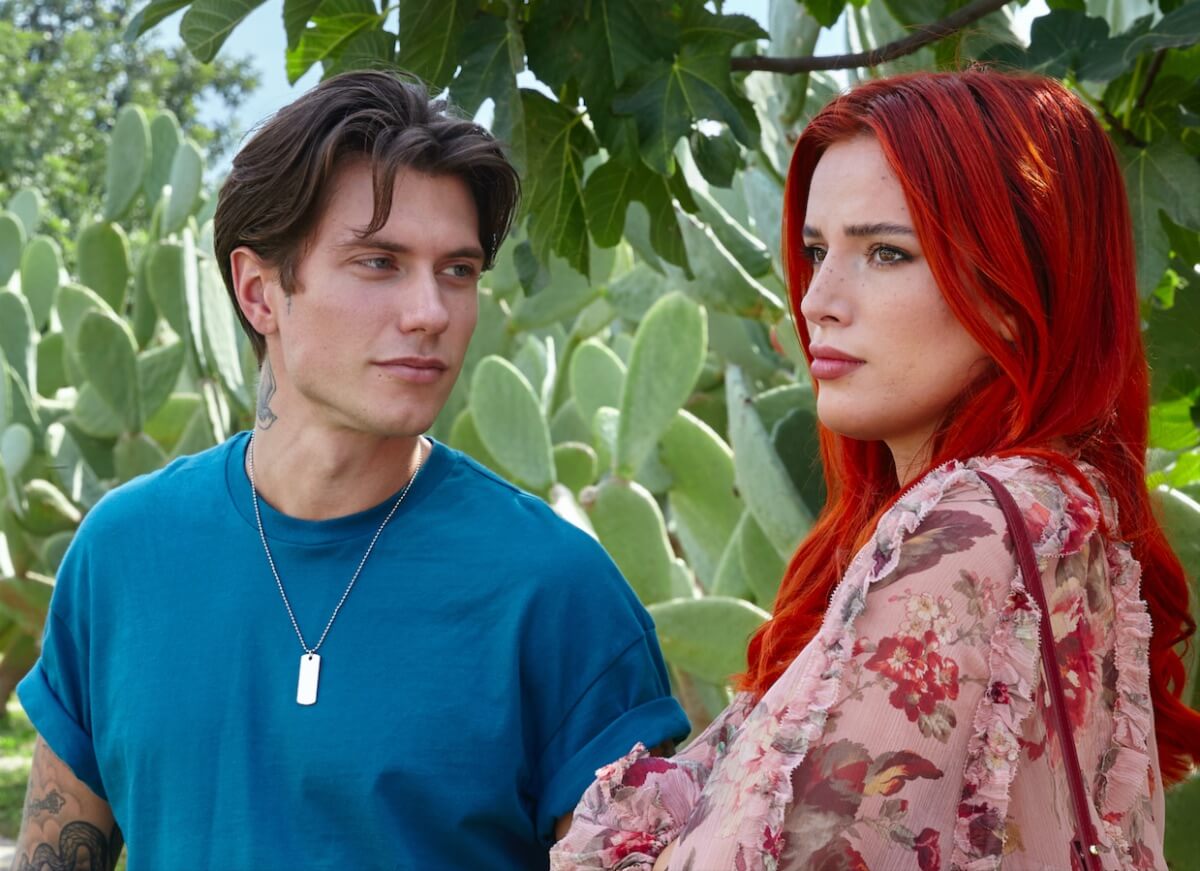 (Game of Love via Vertical Entertainment)

SH: Was the movie filmed on location in Sicily? If so, what were your favorite moments from your time there?

BT: They aren't lying when they say food in Italy is amazing. Some of my favorite moments in Italy were really just enjoying all of the amazing food! I am still thinking about how good it was!

SH: Do you have a favorite memory from the shoot in general?

BT: I loved shooting in Italy. Everything about Italy is so beautiful. The history in all of the buildings is really captivating and getting to shoot there was so surreal. I think that helped create even more amazing memories on set.

SH: Is there one aspect of the film you're most excited for fans to dive into when the movie drops?

BT: I am really excited for fans to see all of the drama unfold with a new character coming in and shaking up our relationship. I just think the love story is so strong and fans really enjoyed it before so getting to see it becomes messy will be super entertaining.

SH: Is there anything else we should know about the film?

BT: I just feel so passionate about this film, and even though it is painful to watch, I am so happy that it is out and for everyone to get to see it.

Love learning more about your favorite actresses? Click HERE to read our interview with Monster High: The Movie's Jy Prishkulnik.