Everything You Wanted to Know About 'Ghost Town' Singer Benson Boone

Is there anything that 19-year-old singer-songwriter Benson Boone can't do?

The artist first captured our hearts when he appeared in the latest season of American Idol. He was even one of the frontrunners before he decided to drop out in order to do things his own way. We think he made the right decision because he's now signed to Night Street Records, run by Imagine Dragons' Dan Reynolds, with his entire career in front of him.

Benson has been thriving, and with more than 1.6 million followers on TikTok, it's clear he's going places. His latest single, Ghost Town, was released on Friday, and we've had it on repeat ever since. Here's everything we learned about him as our latest Man Crush Monday. 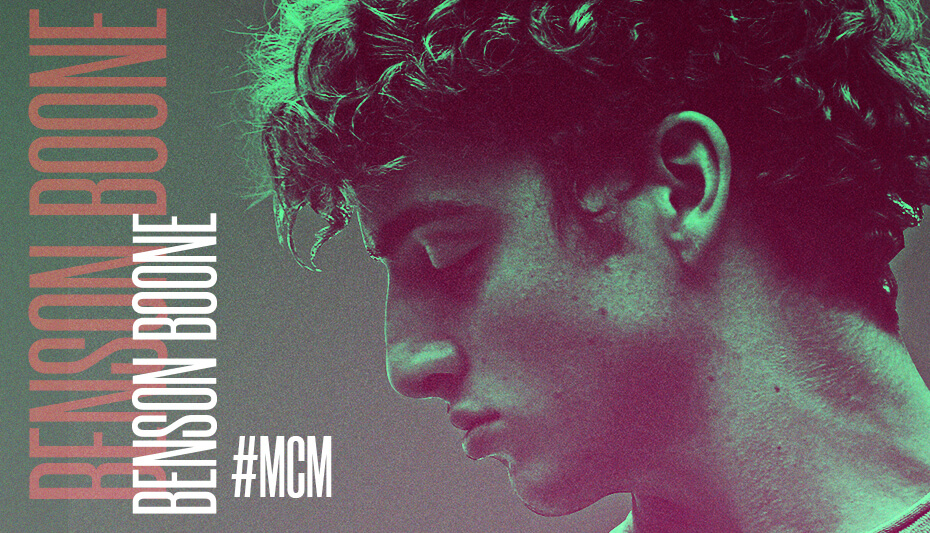 1. The best concert he ever went to was seeing Jon Bellion.

"He is one of the main reasons I got into music. After seeing his concert in Seattle right before the pandemic, I was so motivated to do something cool like he was. And it was shortly after that I realized I could sing. The passion and sincerity he has in his concerts are life-changing. He makes you feel like you're the only one he's performing to, and he is incredibly talented!

"I'm a huge Marvel fan and I always have been. I love DC, but the character variety and cinematic masterpieces in the MCU outplay anything and everything."

3. His favorite fun fact kind of blows our minds.

"Grass actually evolved around 55 million years ago, which is after the Paleogene Period, meaning dinosaurs actually didn't have grass as we know it."

4. His favorite dessert in the world is his mom's crepes.

6. After a tough day, he likes to unwind by lounging around.

"I lay on my couch and just chill for a bit. Usually I'll have a song idea and just start playing around on the piano."

7. He considers Percy Jackson to be a pretty big inspiration.

"It was my favorite series to read."

8. He's always wanted to go skydiving or base jumping.

9.  Kindness and openness are central to the person he strives to be.

"I think being kind to everyone, saying hi to everyone and trying to love everyone are things I will always do."

Want to find out who else we're crushing on at the moment? Click HERE to find out all about our previous MCM, Manny Delgado.